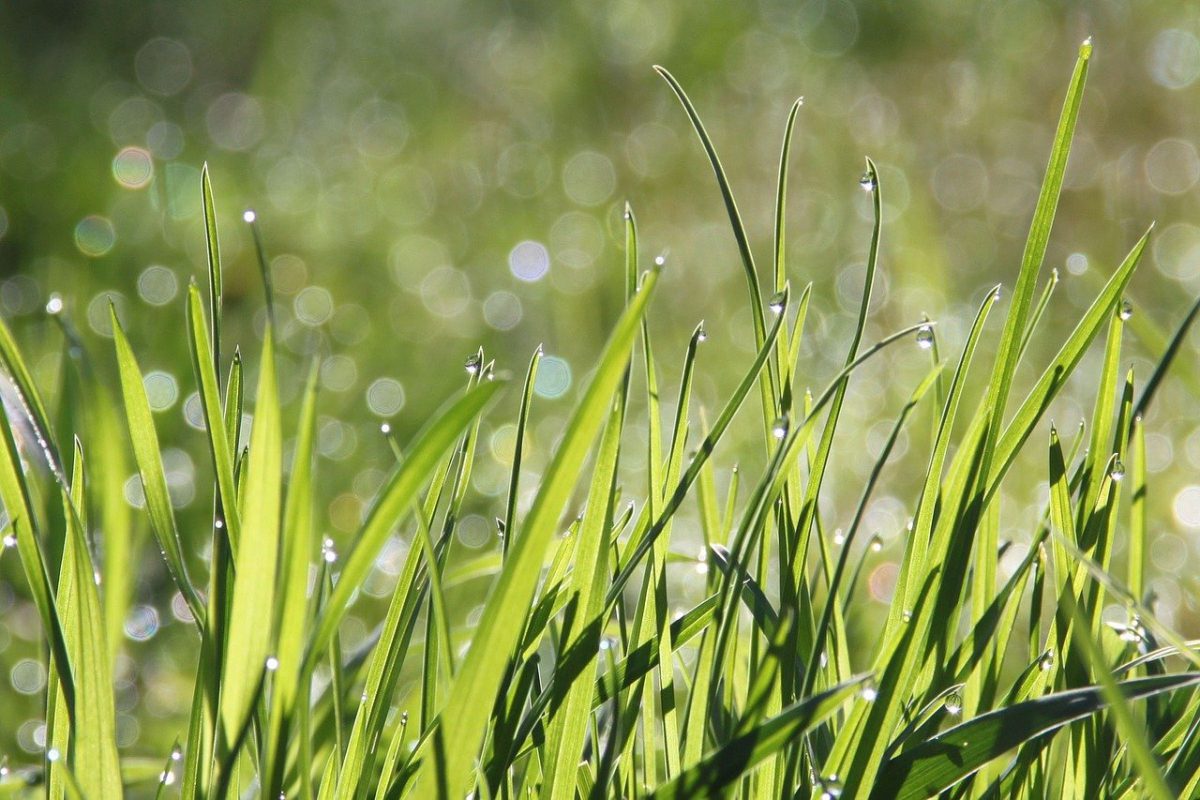 Monero, DigiByte, and OMG Network told pretty similar stories on the price charts. The bulls did not show they had the strength yet to effect a climb past their imminent levels of resistance. 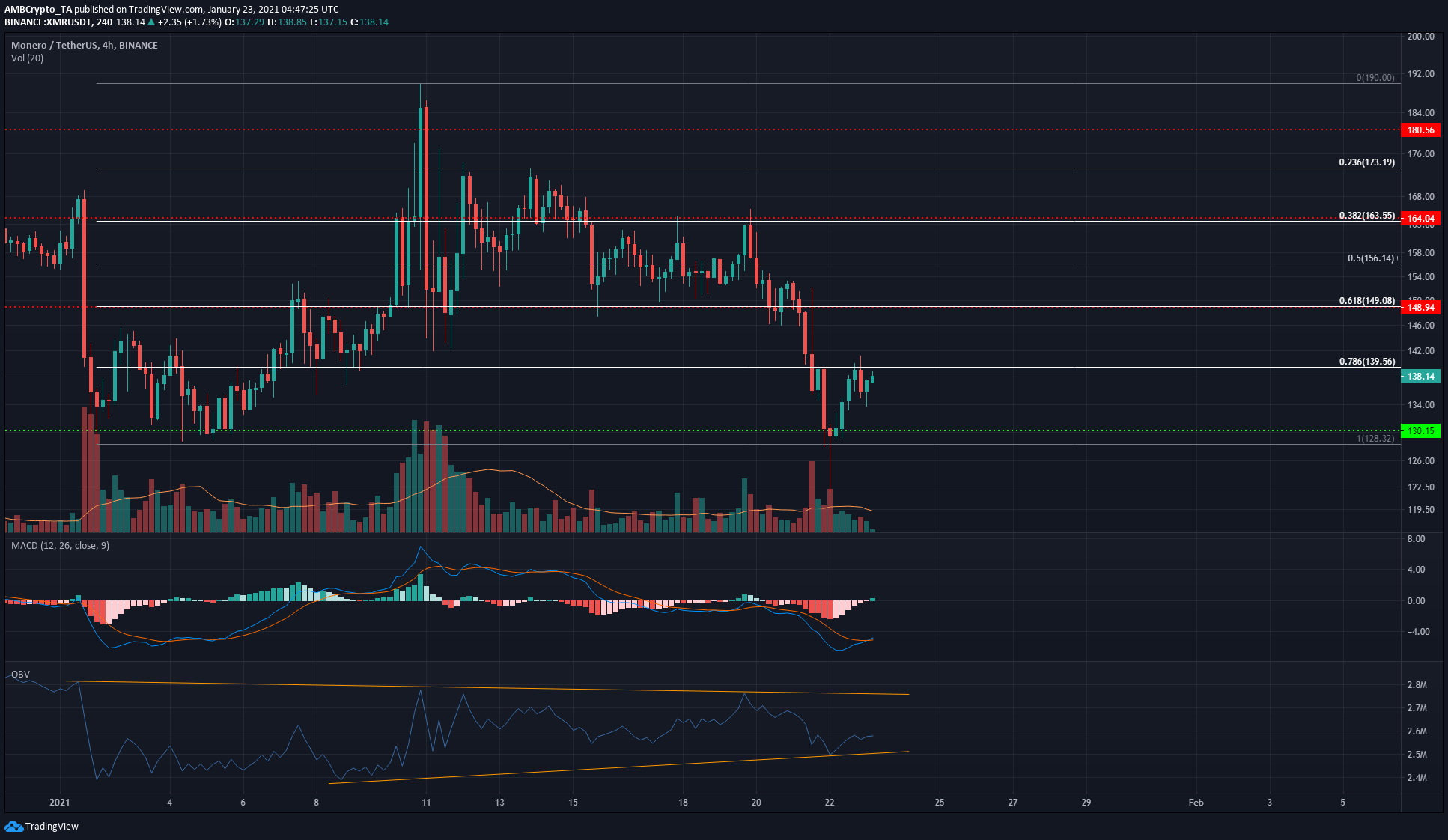 The MACD formed a bullish crossover in bear territory- a weak buy signal. The OBV showed that over the two weeks, buying volume has outpaced selling volume. While a series of higher lows were seen, higher highs were not posted on the OBV- buyer interest is present, but not in overwhelming amounts yet.

A new high would need to be registered on the OBV for XMR to recover and rise above $160 once more. 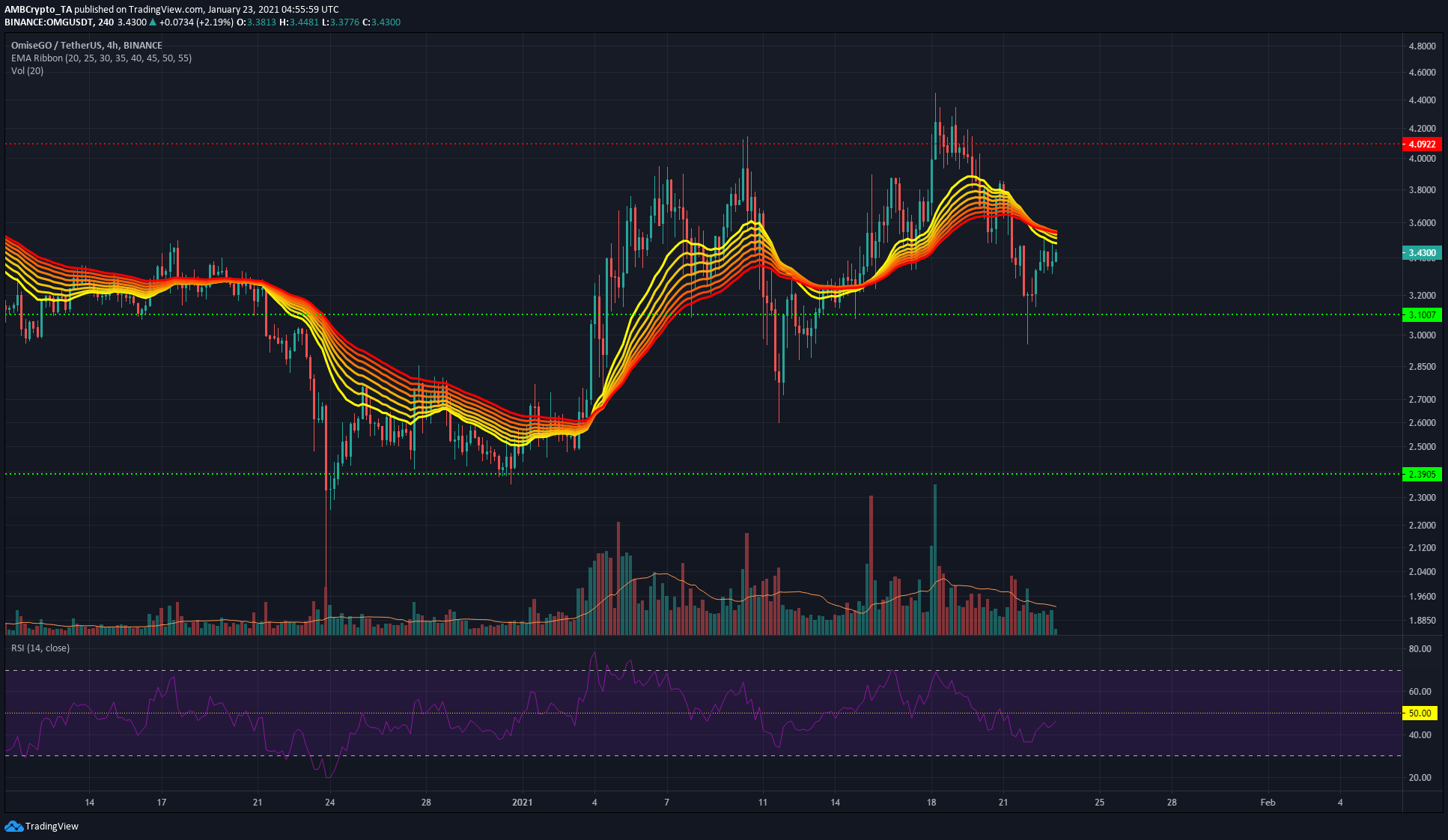 OMG’s price was moving under the EMA ribbons and could face resistance from it in the vicinity of $3.6. The RSI was under 50 and has been over the past few days, denoting bearish pressure.

Trading volume has been below average on OMG’s bounce, and this would need to pick up to signal a move upwards as it would signify market conviction. Low trading volumes even as OMG approaches $3.6 would likely see sellers step in to drive the price down. 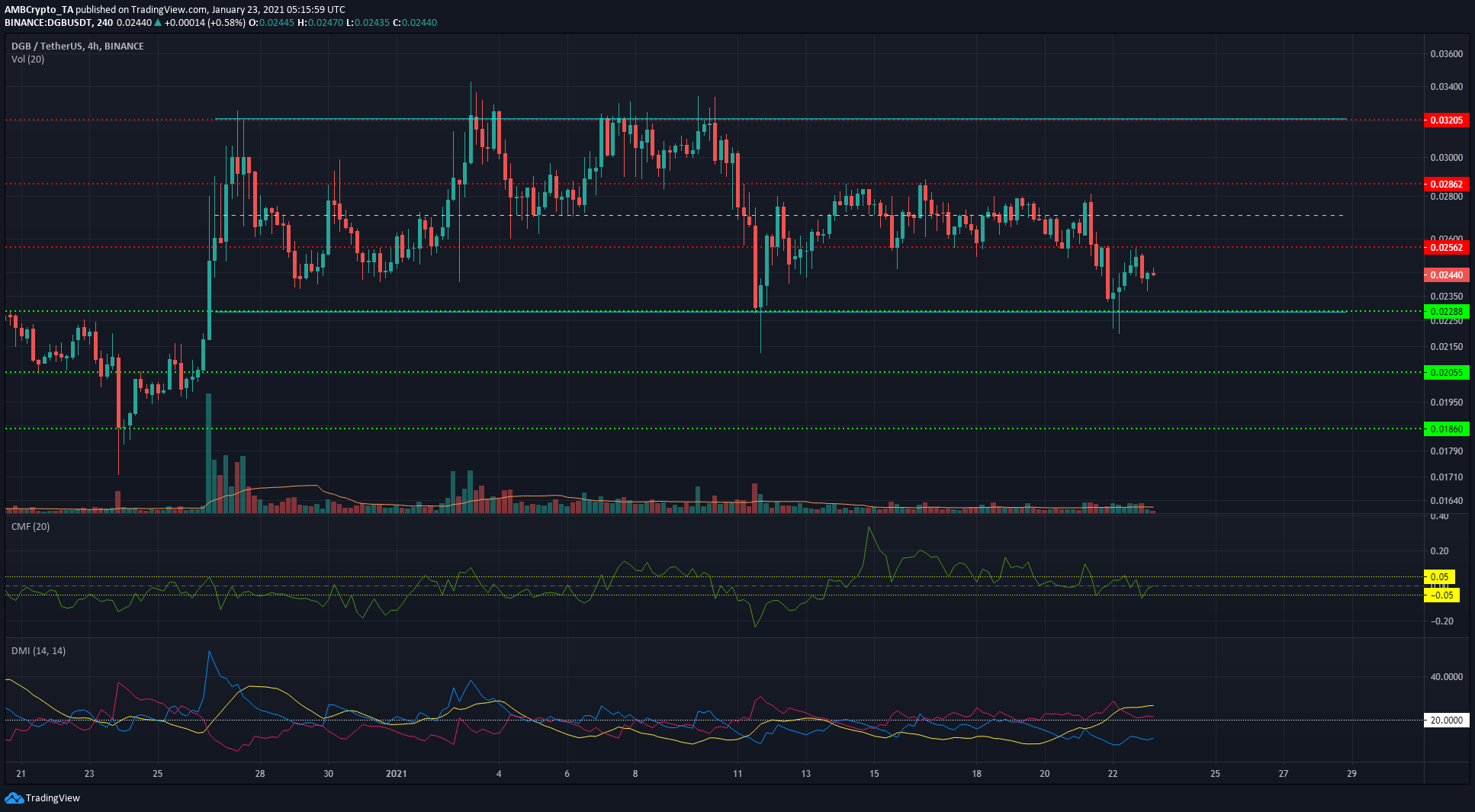 DGB has traded within a range of $0.22 and $0.32 since late December. This is likely to continue as DGB bounced of the range lows to test the resistance at $0.256 over the past two days, but was rejected at this resistance.

The Directional Movement Index showed a strong bearish trend in progress as both the -DI (pink) and the ADX (yellow) were above 20. Further, the Chaikin Money Flow was in neutral territory.

The selling pressure of the past week saw DGB slowly decline from the $0.286-level and this could be set to continue.