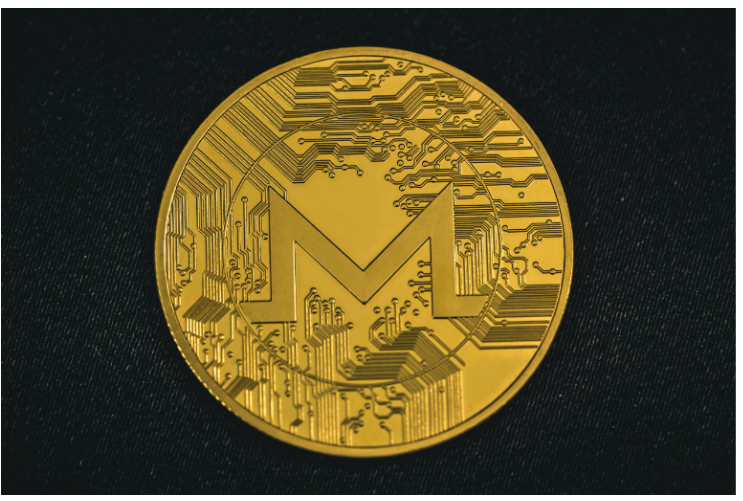 The top 50 cryptocurrencies by market cap looked like a blood bath at the time of this press as bears continue their assault. Other than stablecoins, Monero (XMR) is the only cryptocurrency that seems to be holding on to some previous gains.

A look at XMR’s latest price action reveals that it has been on a bullish trajectory since 24 February. However, while most other top cryptocurrencies peaked and commenced retracement at the start of April, Monero managed to ward off the bears. 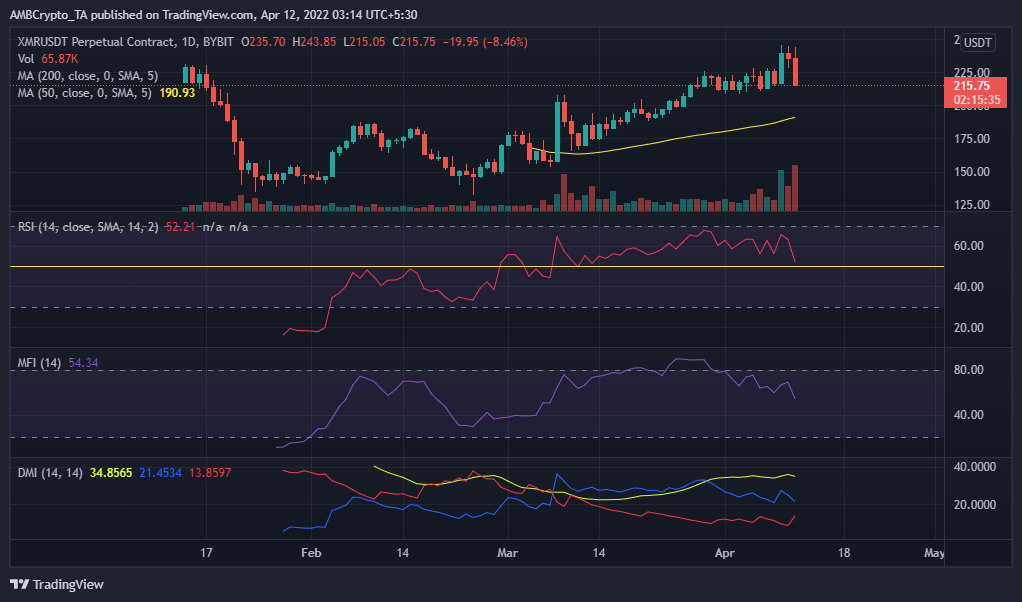 XMR did not push into the RSI’s oversold zone despite the impressive rally, although it did come close to that level. Its price has assumed a bearish trajectory in the last two days, giving up some of its previous gains. XMR has also managed to maintain its RSI above 50 even after the selloffs.

XMR price action has been trading above its 50-day moving average for more than 30 days. It crossed above the MA in mid-March courtesy of the strong bullish momentum in the market at the time. It confirms the cryptocurrency’s strong bullish trend during the last few weeks.

The lower highs in the RSI against higher price highs point towards weakening bullish momentum. This observation reflects Monero’s outflows and is reflected in the DMI’s +DI indicator which registered some downsides. To better understand the price trajectory, a look at on-chain metrics is a must.

XMR’s on-chain metrics also back the observations, such as an increase in volumes in the last seven days. However, its latest decline in the last two days correlates with a volume decline during the same period. Its market cap declined significantly since 10 April while its weighted sentiment dropped significantly from 9 April.

Well, the weighted sentiment is still higher than it was towards the end of last week. Meanwhile, developer activity has increased within the last few days.

Will Monero yield to more downside?

XMR has so far shown strong resilience against the bearish pullback that has prevailed since the start of April. A clear indicator that its performance is unpegged from Bitcoin’s control. It had already recovered slightly to the upside at the time of this press. However, the next few days should offer clarity as to whether Monero can maintain this bullish strength a while longer before it inevitably cools down.

What LINK’s momentary bounce means for its downtrend