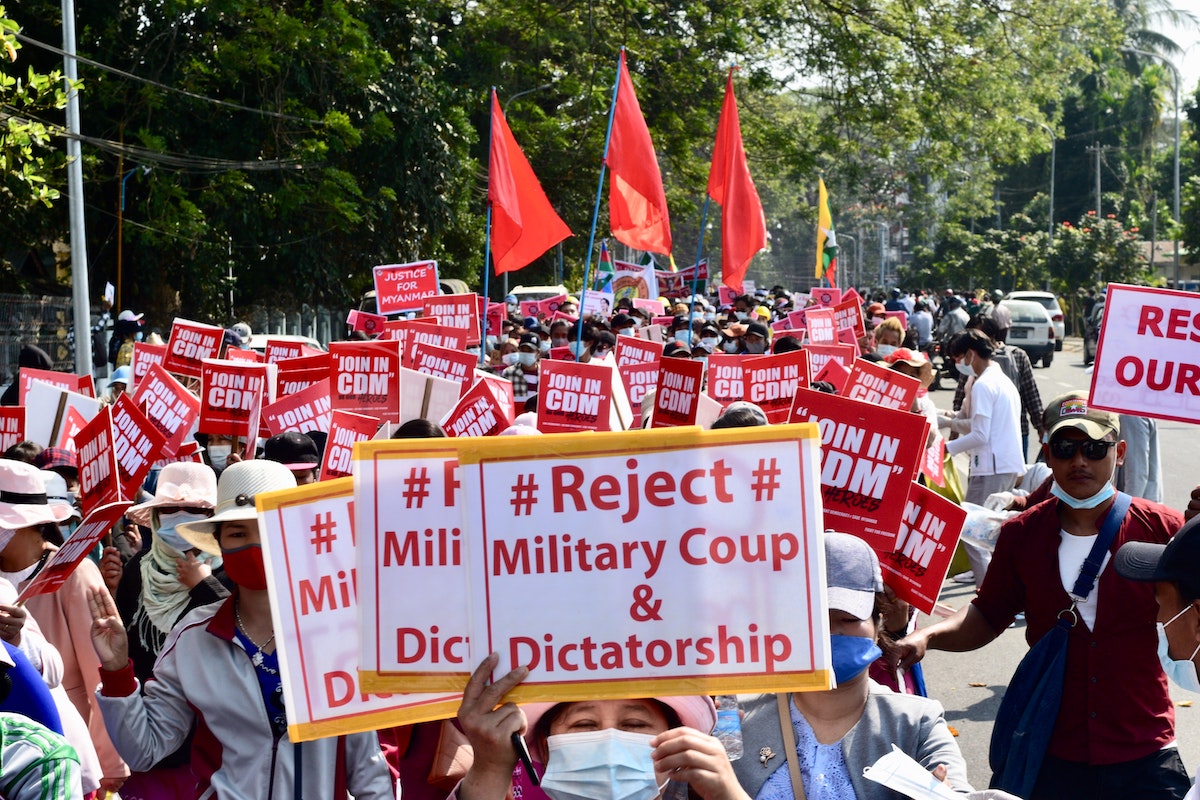 Myanmar is currently in the middle of a crisis on a lot of fronts. Especially since the NLD’s elected government was toppled in a military coup back in February. The COVID-19 pandemic seems to have aggravated the situation even further.

Needless to say, the “Junta” (A local term for a government led by a committee of military leaders) has tight control over the banks and the Internet. Everything is traceable…

To combat this military regime, the country’s elected leaders and politicians formed the NUG (National Unity Government) to represent the true leadership of Myanmar. The NUG’s Ministry of Planning, Finance, and Investment is in the news today after it announced that USDT or USD Tether will be Myanmar’s official currency, instead of the Myanmar Kyat.

The NUG has been formally recognized by the European Union as the only legitimate representatives of the country.

An official statement in Burmese was released by the Ministry in this regard. 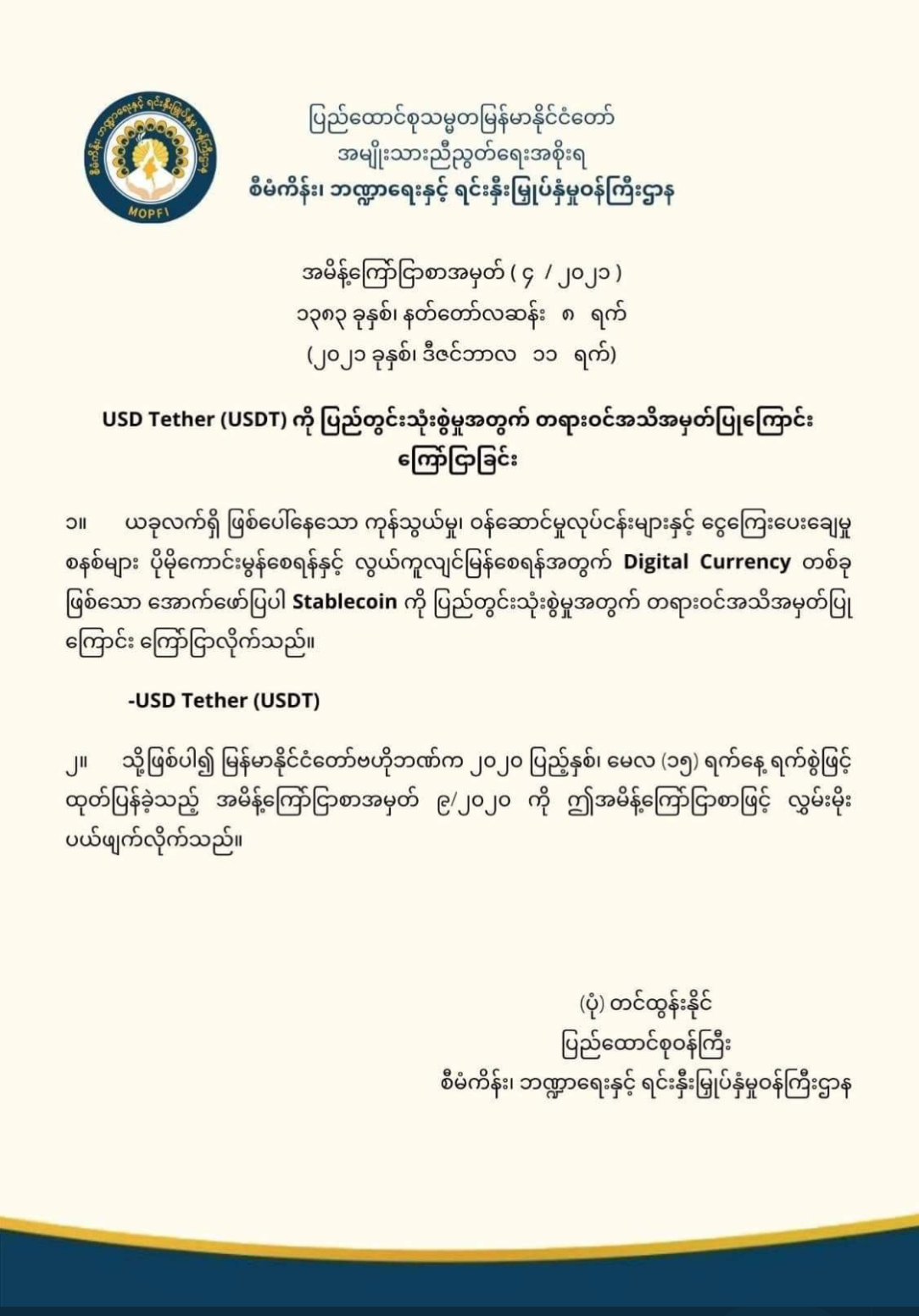 Over the past few months, many Burmese citizens have been arrested for sending donations to the NUG’s arm wing – People’s Defense Force. This may be one of the reasons why the NUG moved to embrace USDT.

The translated announcement from the government-in-exile in Myanmar read as follows,

Tether (USDT) is officially recognized for usage within the nation.

1. To improve and accelerate the current trading and financial services, the following digital currency, a stablecoin, now has been officially recognized for usage within the nation – Tether (USDT)

2. Thus, declaring the order note (September 2020) released by the Central Bank of Myanmar as invalid. The military regime controls the central bank.

Here, it’s worth noting that the stablecoin itself hasn’t been without its own concerns in the past. In fact, Tether has been at the center of a lot of FUD over the years.

However, given how the Myanmar Kyat is doing, many remain open to the idea of using the stablecoin. Kyat is losing value each day as the military continues to reign over the country. In fact, in the last four weeks alone, Myanmar’s fiat currency has lost 60% of its value.

Cryptocurrencies could emerge to be a beacon of hope in Myanmar’s politics, given its decentralized nature. According to an anonymous source, the digital assets can be used as,

“…a weapon. It is a beacon of hope against corrupt leadership. People are becoming more aware of how things work and I hope that, soon, a fair number will realise that so much more could be done, including putting in the effort to overthrow the military government, which the majority of the population despises.”

Worth stressing, however, that the aforementioned announcement was made by the government in exile. The question of whether it will have any application or whether the country’s citizens will even take heed is uncertain at this point.