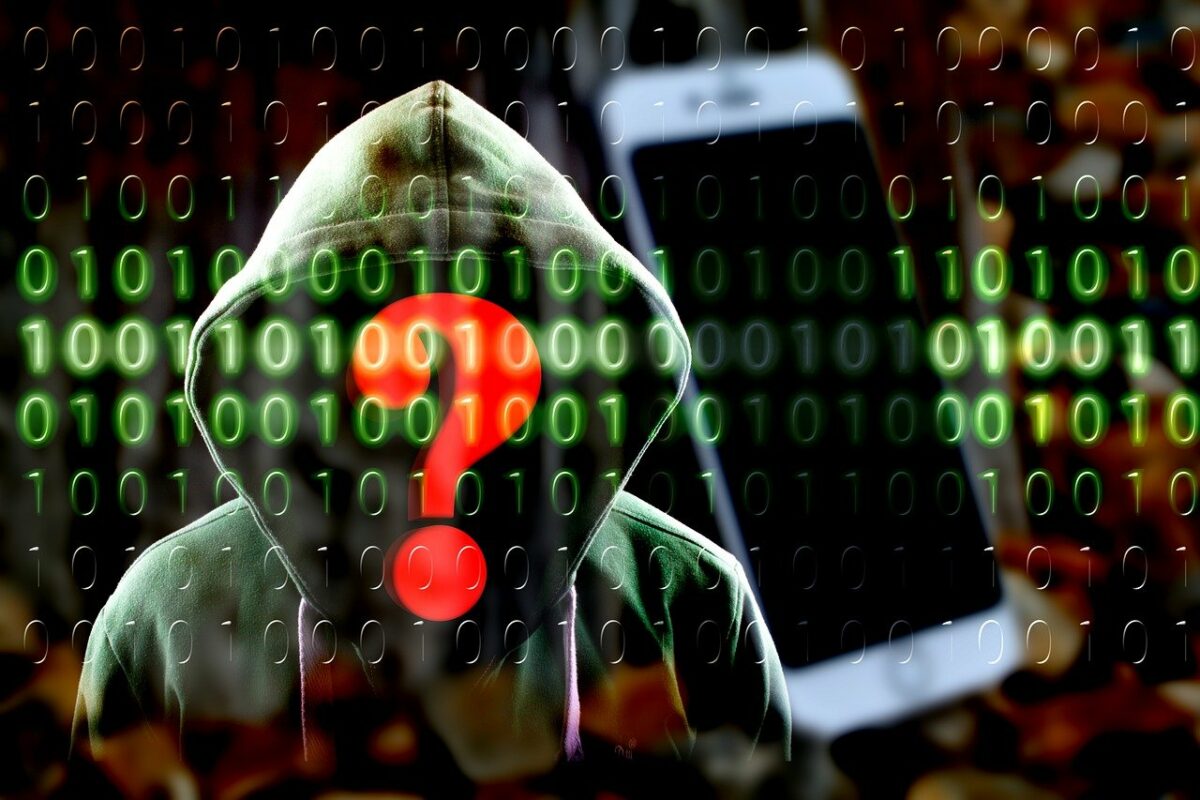 Earlier today, Indian Prime Minister Narendra Modi’s Twitter account “announced” that the country had adopted Bitcoin as legal tender. Now, while there was some surprise and joy in some quarters, as expected, it soon turned out that the PM’s account had in fact been hacked.

At around 2:00 am on 12 December, PM Modi “tweeted” that along with adopting Bitcoin as legal tender, the Indian government also purchased 500 BTCs which it was “distributing” to all residents of the country.

The tweet in question also carried a link to a blog post, with a postscript that said “The future has come today.” 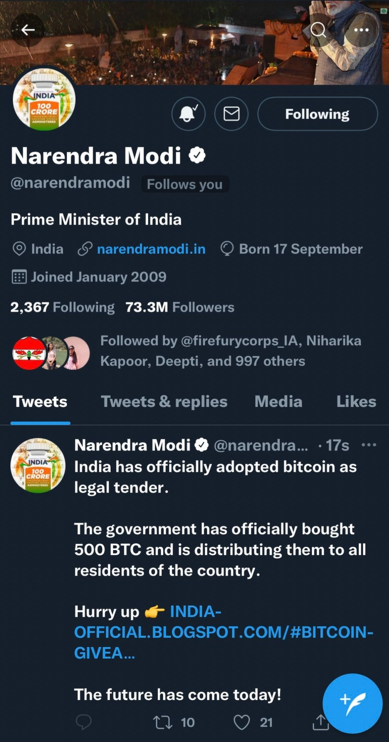 An hour or so later, another tweet was put out by the PMO’s official account, claiming that the handle was “very briefly compromised.” It also said that any tweets shared during this compromised time “must be ignored.”

The account has now been restored and the malicious tweets have been deleted. However, screenshots of the tweet are now doing the rounds on Twitter, even as the social media platform is investigating the issue.

Interestingly, this is not the first time PM Modi’s account has been hacked by cryptocurrency proponents. Earlier in September 2020, an account linked to the prime minister’s personal website and app sent out tweets asking for donations to the Prime Minister’s Covid relief fund through cryptocurrencies.

Their accounts were hacked in July last year, and the same tweet was sent out from all their handles. It claimed that if people sent Bitcoins to a certain link, they would double their money.