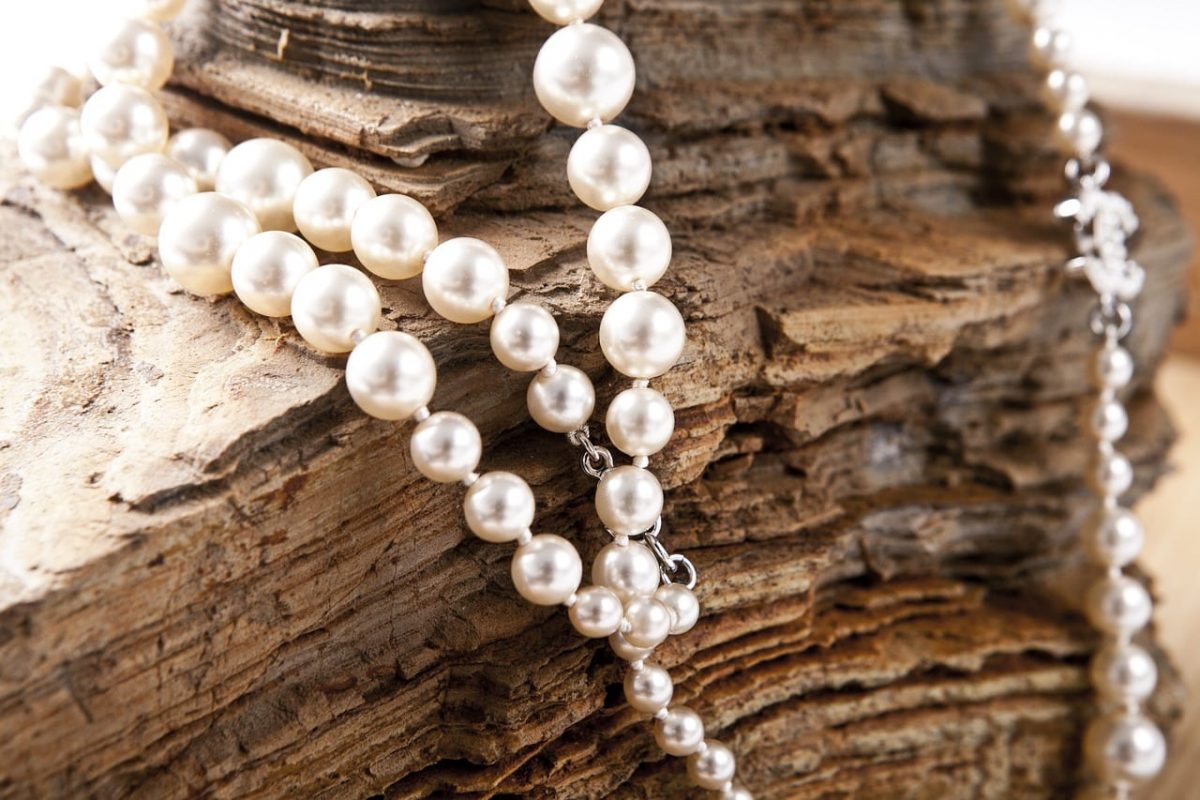 NEAR Protocol has seen fairly steady trading volume in the past two weeks, even though the price made around 30% gains and counting in the same time period.

Does the lack of a spike in the trading volume show a lack of demand for NEAR? On the price charts, the token was able to keep hold of a significant support zone. Here are some levels where the bulls could run out of steam. 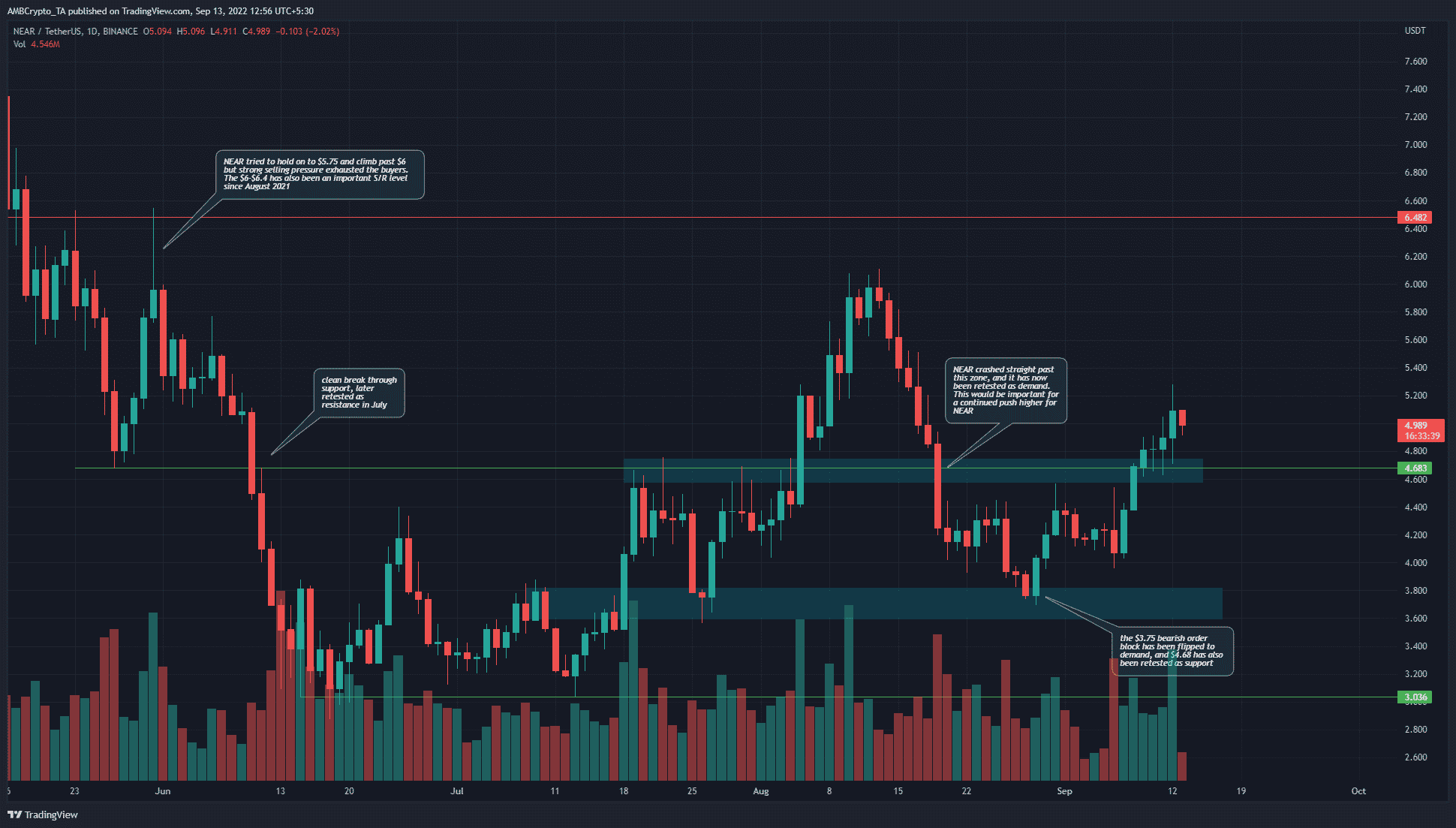 For a longer-term outlook for NEAR, the most significant nearby levels for NEAR lie at $6.5, $4.7, and the $3.6 area. The $6.5 area acted as support in May but the selling pressure was simply too strong to withhold.

In late May, this level was retested as resistance. In the weeks that come, the $6-$6.5 area would likely pose stiff resistance to the price.

Another important support level was the $4.68 one. Since June, this area has been significant on the daily chart. Especially, toward the end of July, the bears put up a resolute defense of this area.

The breakout past this zone was strong, but the reversal in August was brutal. The price crashed right past this belt and fell to the $3.6 demand area. This area was a bearish order block in July but has since been flipped to support.

The bounce from $3.6 and the flip of $4.7 to support was encouraging. A move back toward the $6-$6.5 region was likely for NEAR and can be used to take a profit. 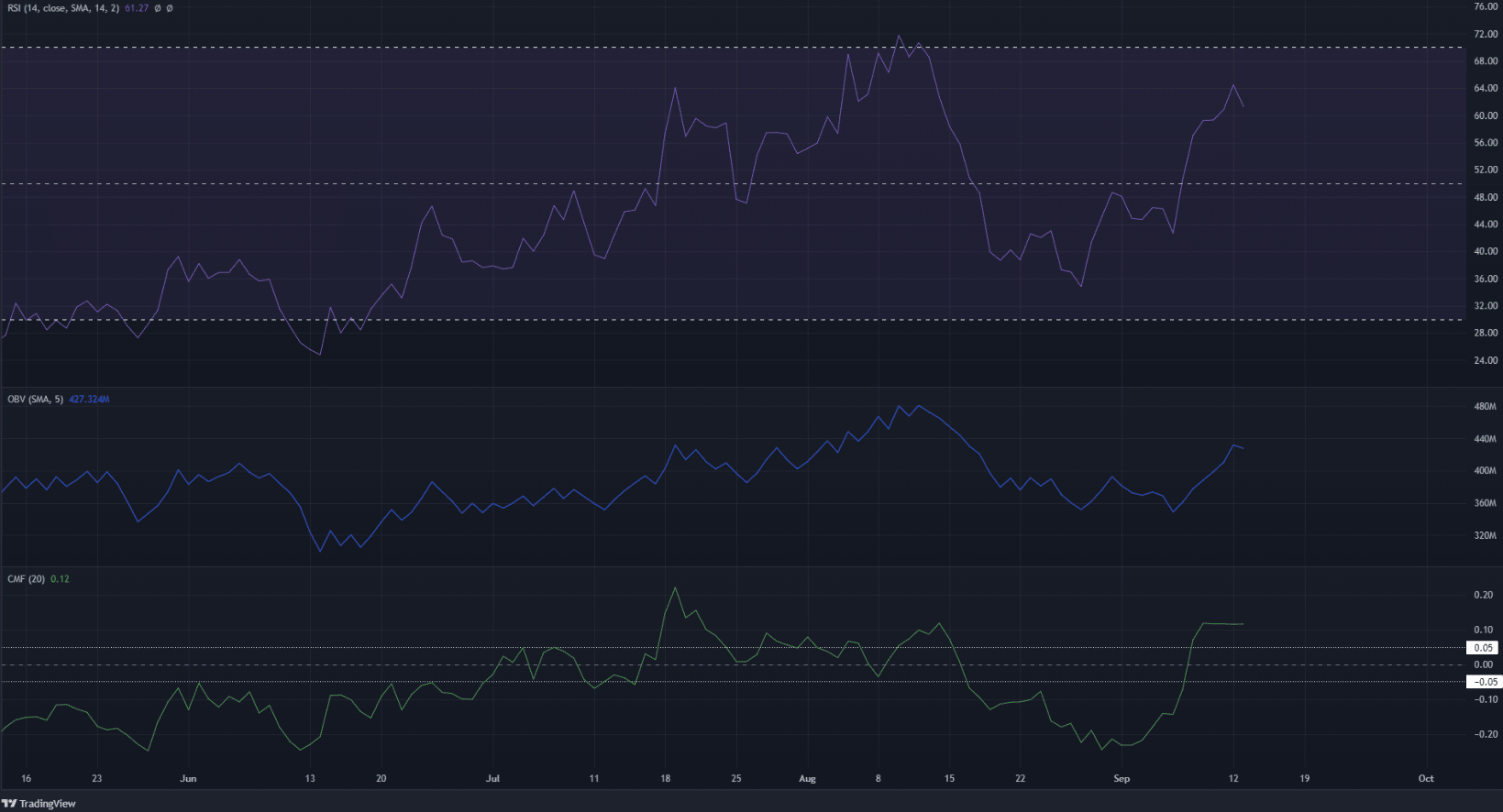 The RSI managed to force its way back above neutral 50 after the sharp rejection in August. However, even though the momentum was strongly bullish, buying pressure was not. The OBV was unable to form a new high.

If the OBV can break above its high from August, it would signify the presence of heavy demand for NEAR. The Chaikin Money Flow surged past +0.05 to show sizeable capital flow into the market.

Taken together, the indicators showed some bullish momentum and buying pressure, but not yet enough to justify expecting a move past $6.5.

Is Blockchain Association gearing up to lobby candidates ahead of elections