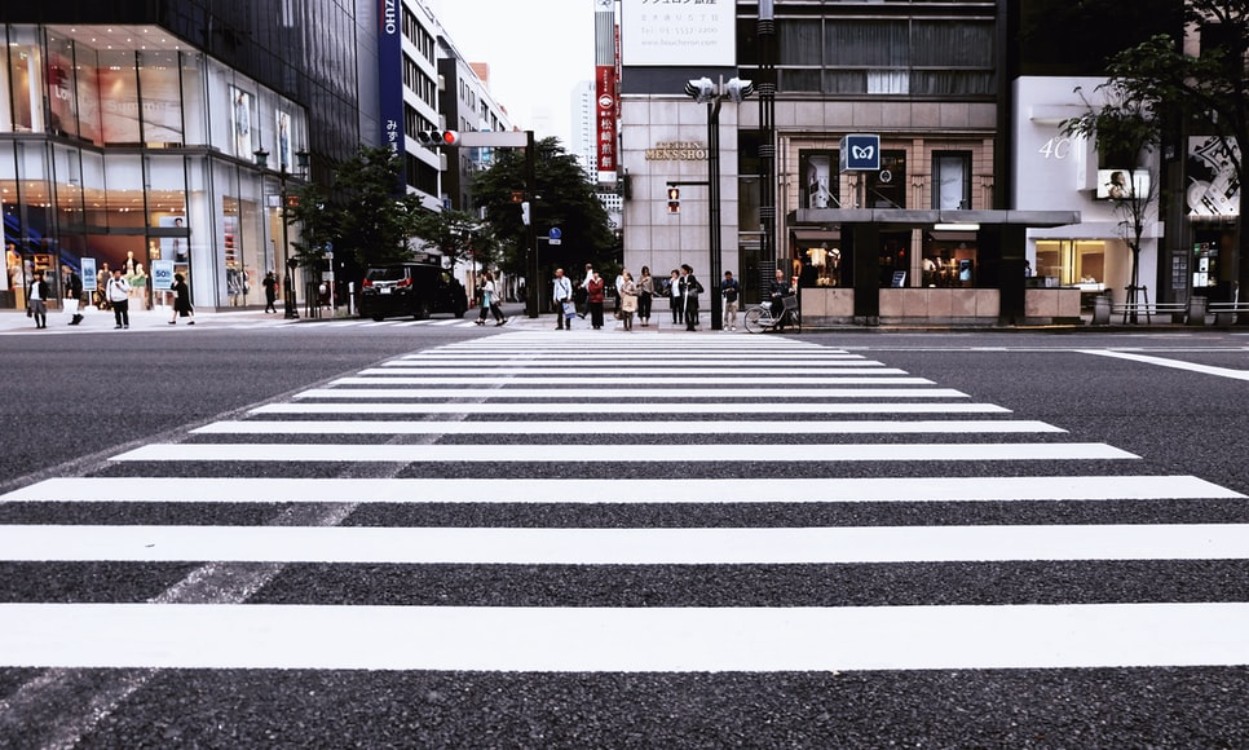 With the larger market looking bleak on 15 December, Near protocol’s NEAR token garnered some serious attention. This, by noting over 90% gains within 24-hours. The catalysts for the sudden rise seemed more or less unknown. But the striking gains did manage to dramatically stir trade volumes.

At the time of writing though Bitcoin was back above $48,750 and most of the top altcoins charted a price recovery. Well, the pertinent question here is- did it still make sense to keep NEAR near?

NEAR, after making an all-time high of $13.10 on 26 October, started to see consolidation followed by a price downtrend alongside a descending resistance line. Notably, until the first week of December, Near Protocol’s price had been decreasing. However, it finally broke away from the same on 8 December.

What’s more, from 8 December onward the alt’s trade volumes also picked up alongside rising price. It peaked on 15 January at $42.668 million which was an almost 200% rise from a day prior. The exact reason behind what catalyzed the higher trading volume for NEAR was unknown. However, one reason could be MoonPay announcing that it will allow its users to buy NEAR tokens worldwide.

Listings have often pumped prices and fueled rallies for coins. It is here to be noted that by announcing support for NEAR, MoonPay gave access to potential investors. This could partly explain the rise in trading volumes as the alt’s price skyrocketed to $17.50 the same day.

In October, NEAR launched an $800 million global ecosystem funding initiative. This was set to aid social projects, DeFi apps, NFT marketplaces, and other industries to get into blockchain and build on NEAR. It basically pushed the narrative for the coin. Well, the blockchain also made good points on the interoperability front.

Especially, after partnering with Cardano’s Ardana to bridge digital assets’ interoperability. These developments have been key to the coin’s almost 750% rise throughout the year. The blockchain also saw heightened adoption which could be seen in the rising daily number of NEAR contracts deployed that have skyrocketed over the past few weeks. 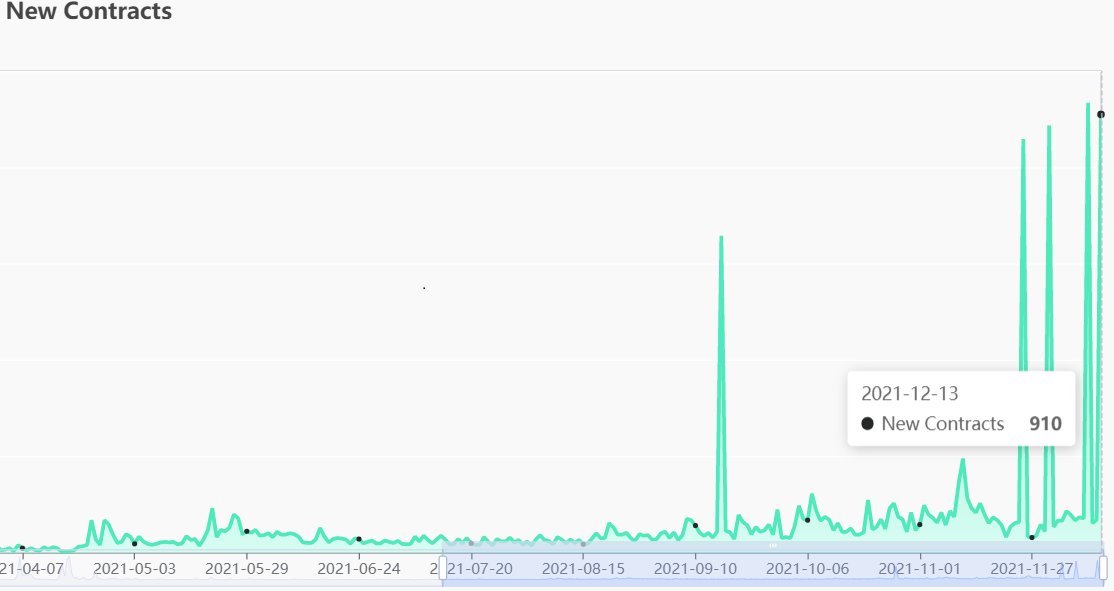 However, after the recent rise ATH of over $17, NEAR saw some correction traded at $9.62 noting a 6.91% fall over the last 24-hours. The long wick on its price chart highlighted high selling pressure in the market as the alt was now back below the crucial $10 mark.

Further, NEAR’s low Sharpe ratio presented that the performance of the asset compared to a ‘Risk-free’ asset over a window of time has not been too good. 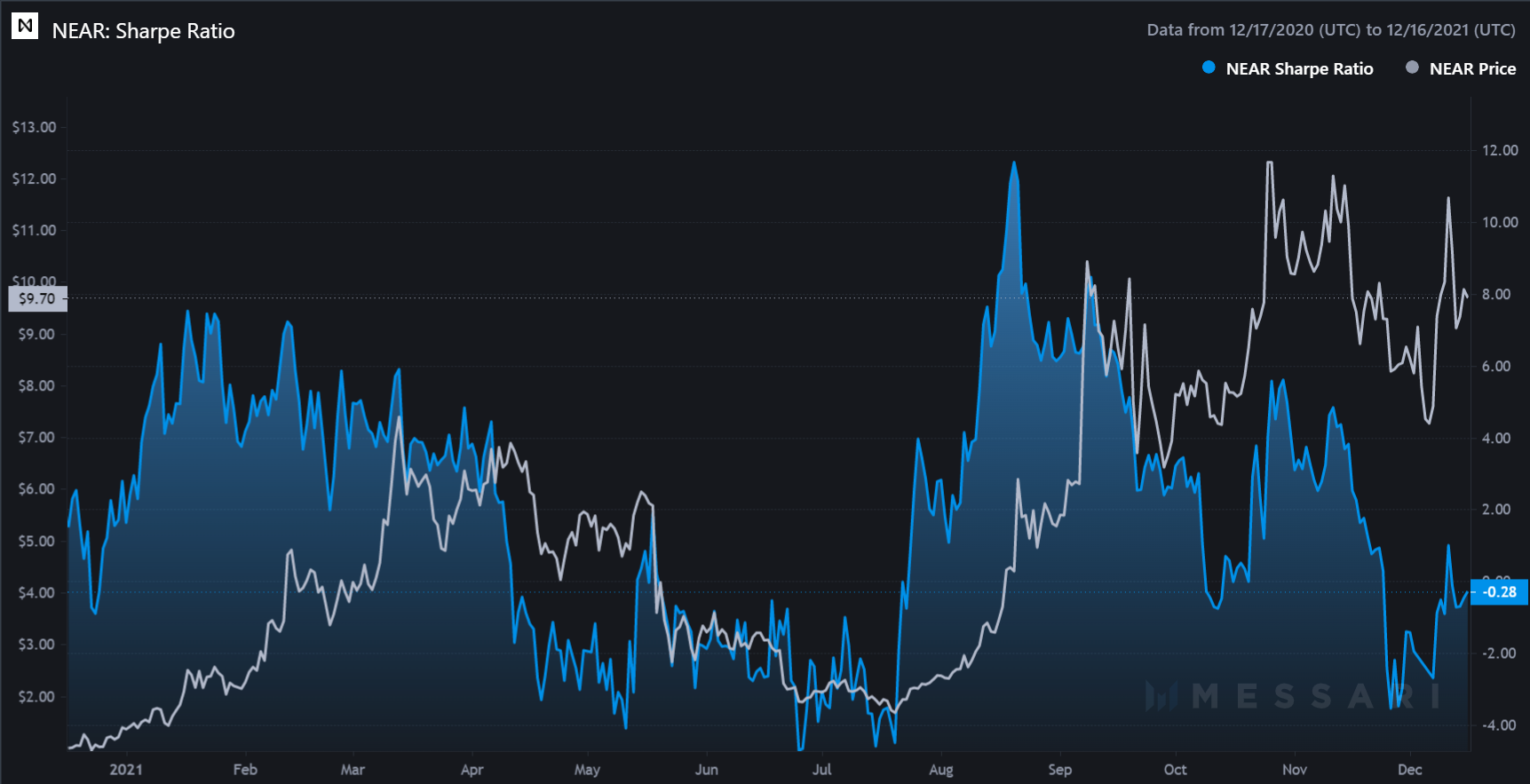 The coin’s development activity however was near all-time high levels presenting healthy growth.

So, one might question, with the price falling could NEAR be a good investment or a one-hit-wonder?

Well, a move by the altcoin above the $10 mark could reignite gains for the coin. At the time of writing, with retail euphoria cooling off and the coin’s Sharpe ratio still down NEAR’s short-term price trajectory didn’t look all that bright.

Related Topics:CardanoNEARnear protocol
Up Next