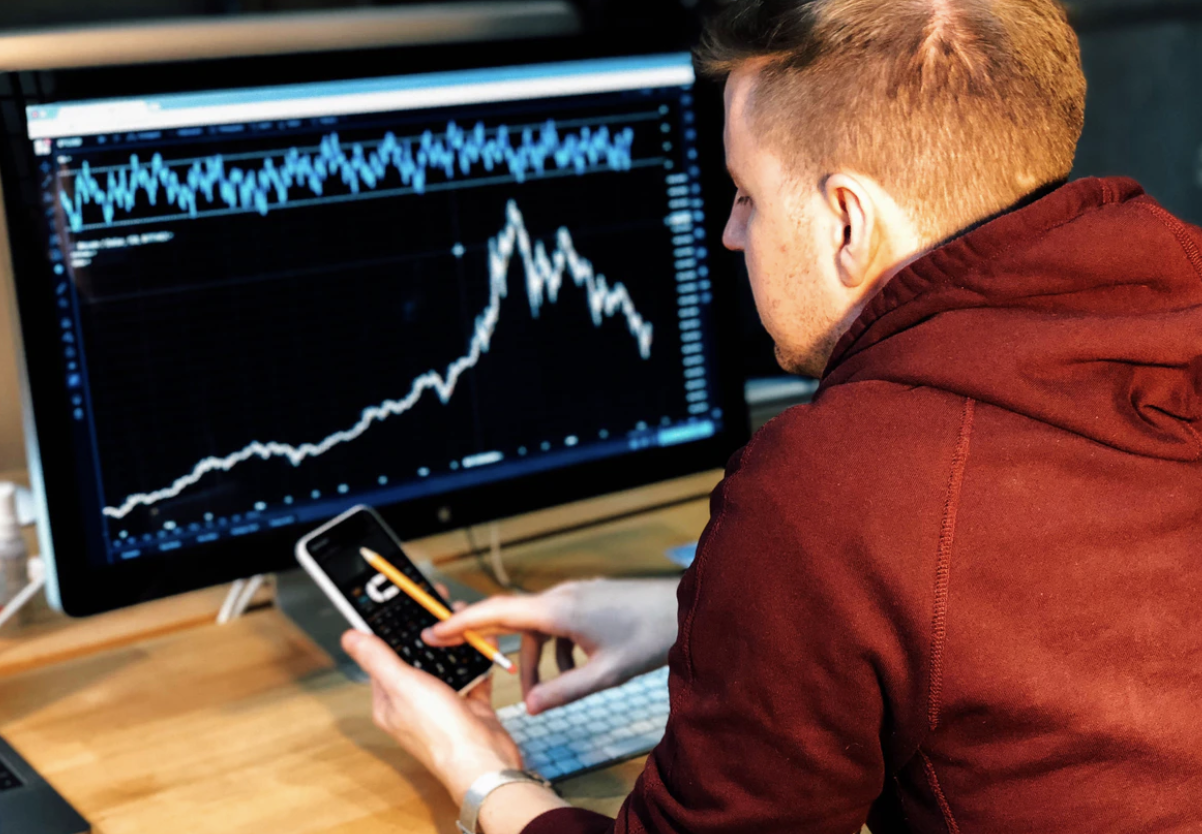 NEM saw significant volatility as its downtrend continued. Tezos traded within a range and showed signs of a move to $4.5 in the coming days. Basic Attention Token was floating weakly above the $1 mark. 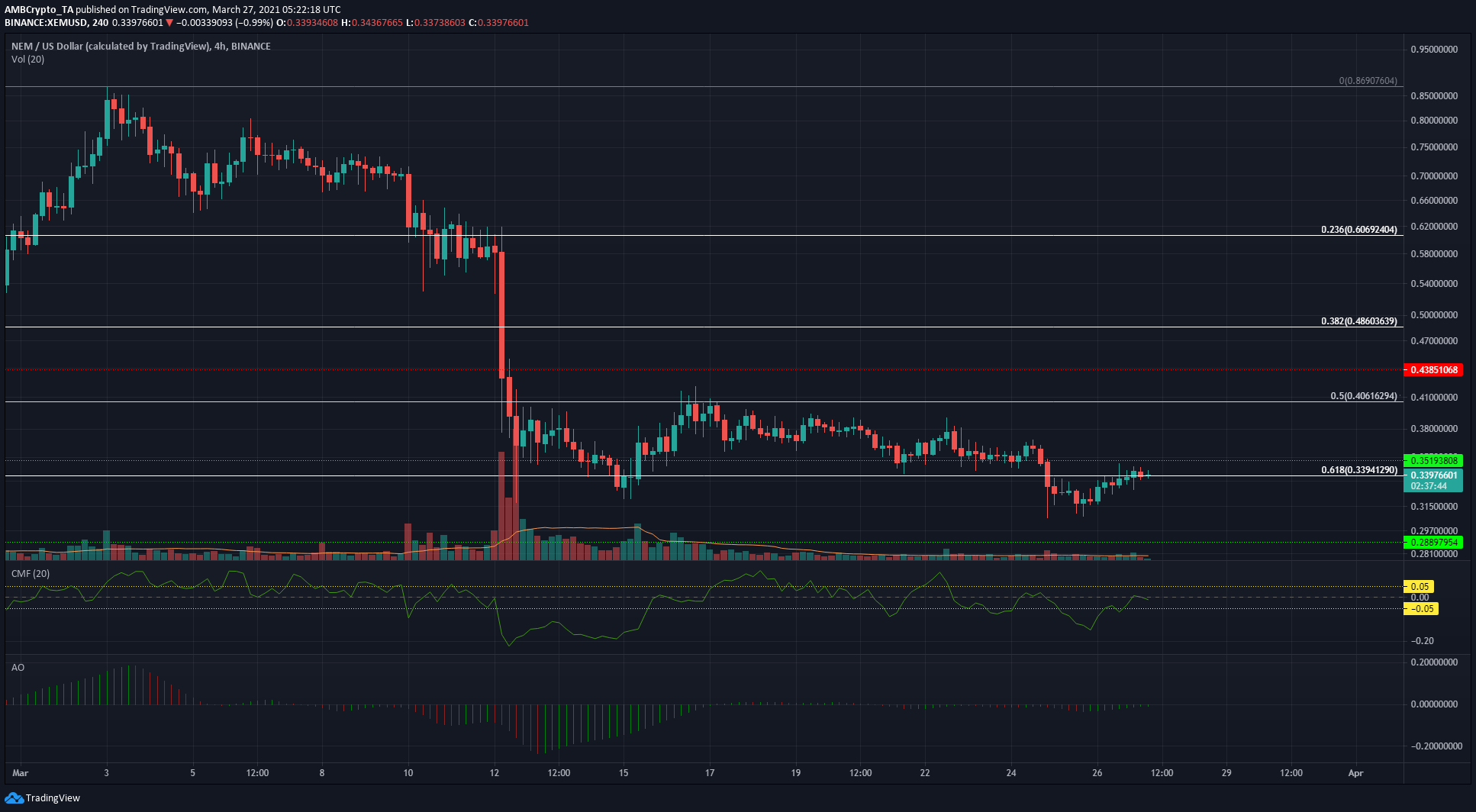 Support at $0.351 did not hold, and XEM could slip beneath the $0.34 level, the 61.8% retracement level. Chaikin Money Flow was in neutral territory, showing buyer-seller equilibrium, while Awesome Oscillator was beneath the zero line. 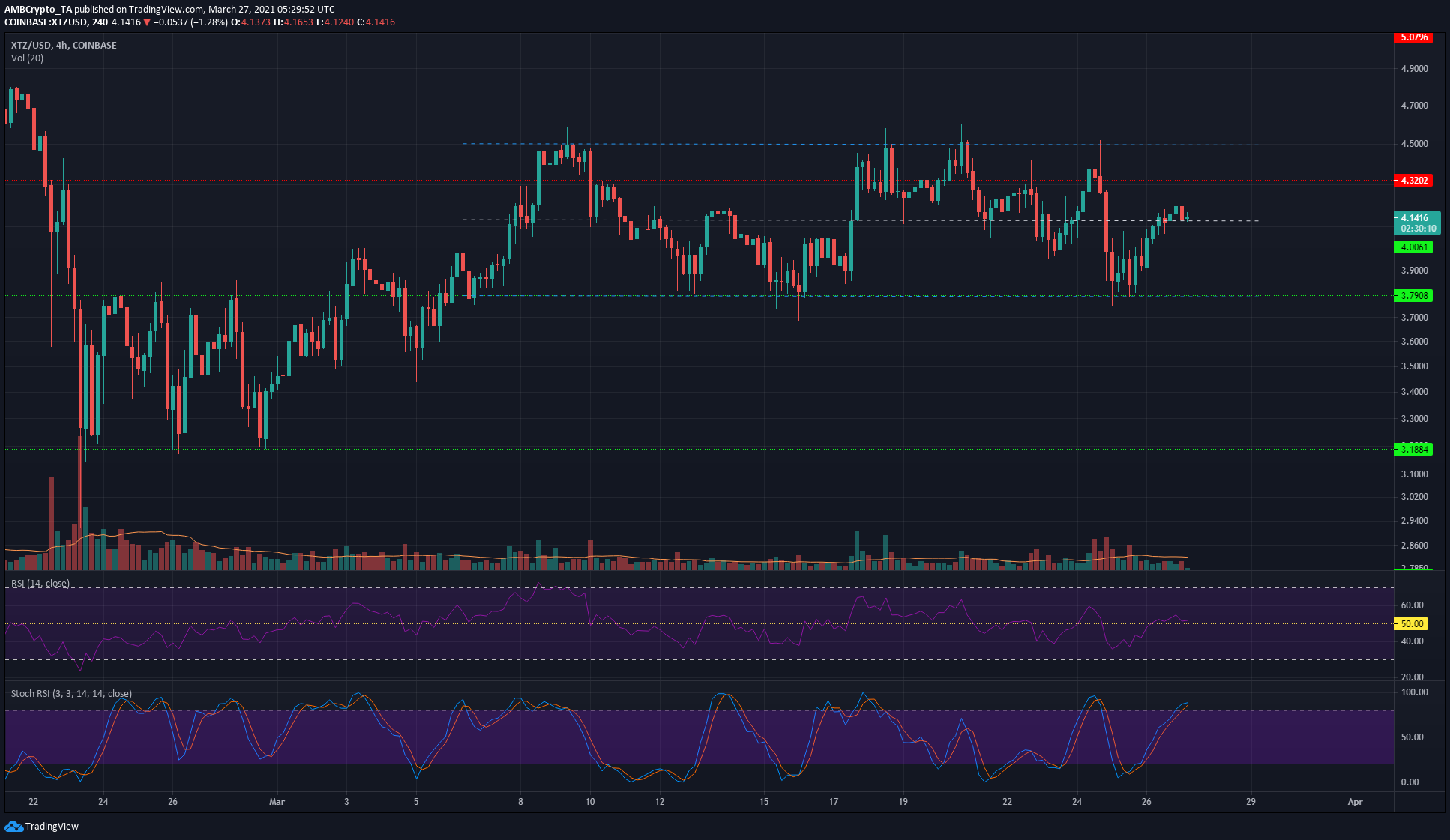 XTZ formed a range from $3.79 to $4.5 over the past 20 days. At the time of writing, the price was hovering above the mid-point of the range at $4.13. A move to either side of the mid-point will be an indication of a move to the range’s boundaries.

RSI was at 51, and momentum has been neutral over the past couple of days. Before then, XTZ bounced strongly from range lows to reclaim the mid-point and appeared to be in the process of testing it as support, making it likely that XTZ will climb further in the coming days to test $4.5 as resistance. 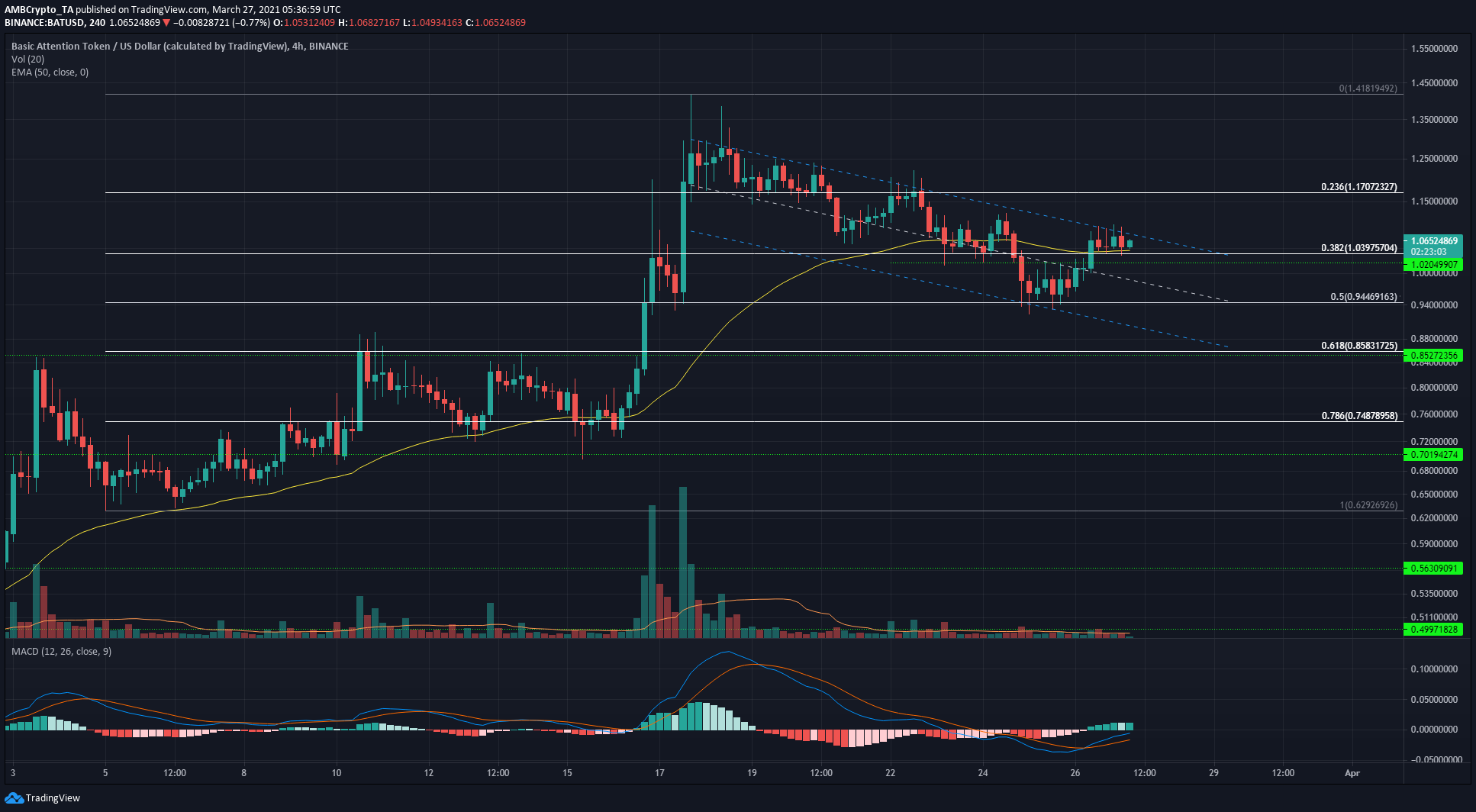 The descending channel (cyan) highlighted a clear trend for BAT in the past week. Fibonacci retracement levels also served as support, evidenced by the strong bounce off the 50% retracement level at $0.94.

However, momentum is likely to see BAT descend beneath the $1 mark once more, as MACD was beneath the zero line. The recent bounce saw it form a bullish crossover, but it was not a signal of bullish strength yet.

Over the next few days, consolidation above the $1 mark is a possibility, which could see BAT recover back toward $1.25 in the coming weeks. Sinking beneath $1 would see BAT move toward $0.94, and possibly lower.