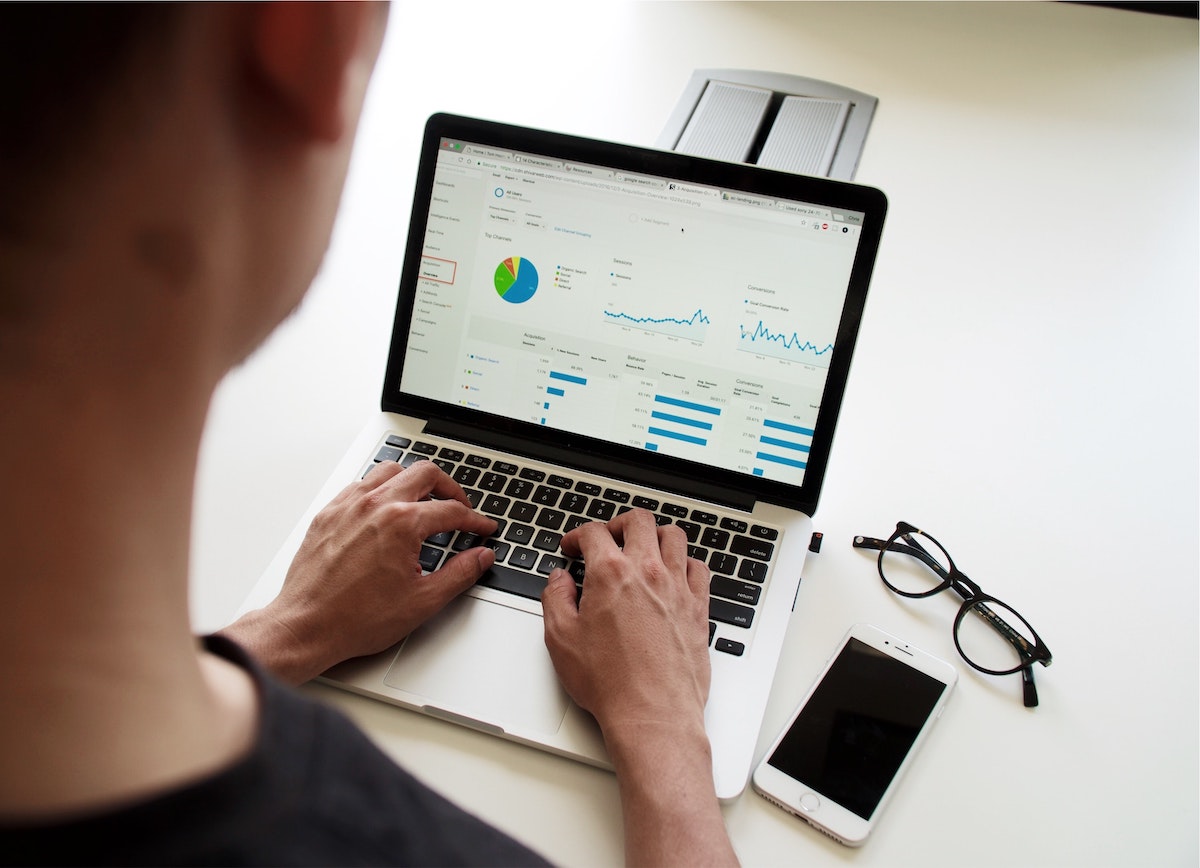 The Non-fungible market in 2021 saw unprecedented hype and traction within the crypto community. But 2022, brought in a different touch. NFTs saw explosive growth in 2021, but this growth hasn’t been consistent and has leveled at least in the first five months of 2022. Here’s a month-end report card of the NFT market to highlight this ongoing scenario.

The crypto market crash of 2022 has led to decreased investors’ interest in NFTs. Sales of non-fungible tokens plunged by more than 54% over the past week as the crypto market dropped sharply. Over the course of the past week, NFT sales volume reached $25 million, a drop of 54.6% compared to the earlier week, as per data by NonFungible.com.

Another important metric to understand this decline is ‘Trends’. The term “non-fungible token” reached a value of 26 in the last days of May. This was a 74% drop from the peak ‘interest over time’ of 100 reached in January 2022.

Well, individual platforms were directly affected by this demise. Consider OpenSea, the world’s most popular NFT marketplace. Given the traction, it was valued at over $13 billion after a new funding round raised $300 million.

Furthermore, the data showcased a mixed scenario. OpenSea witnessed a clear uptrend in daily NFT trading volume up until the end of January when it formed a peak. However, since then, trading volume remained in a downtrend. At press time, sales volume averaged $30 million daily. 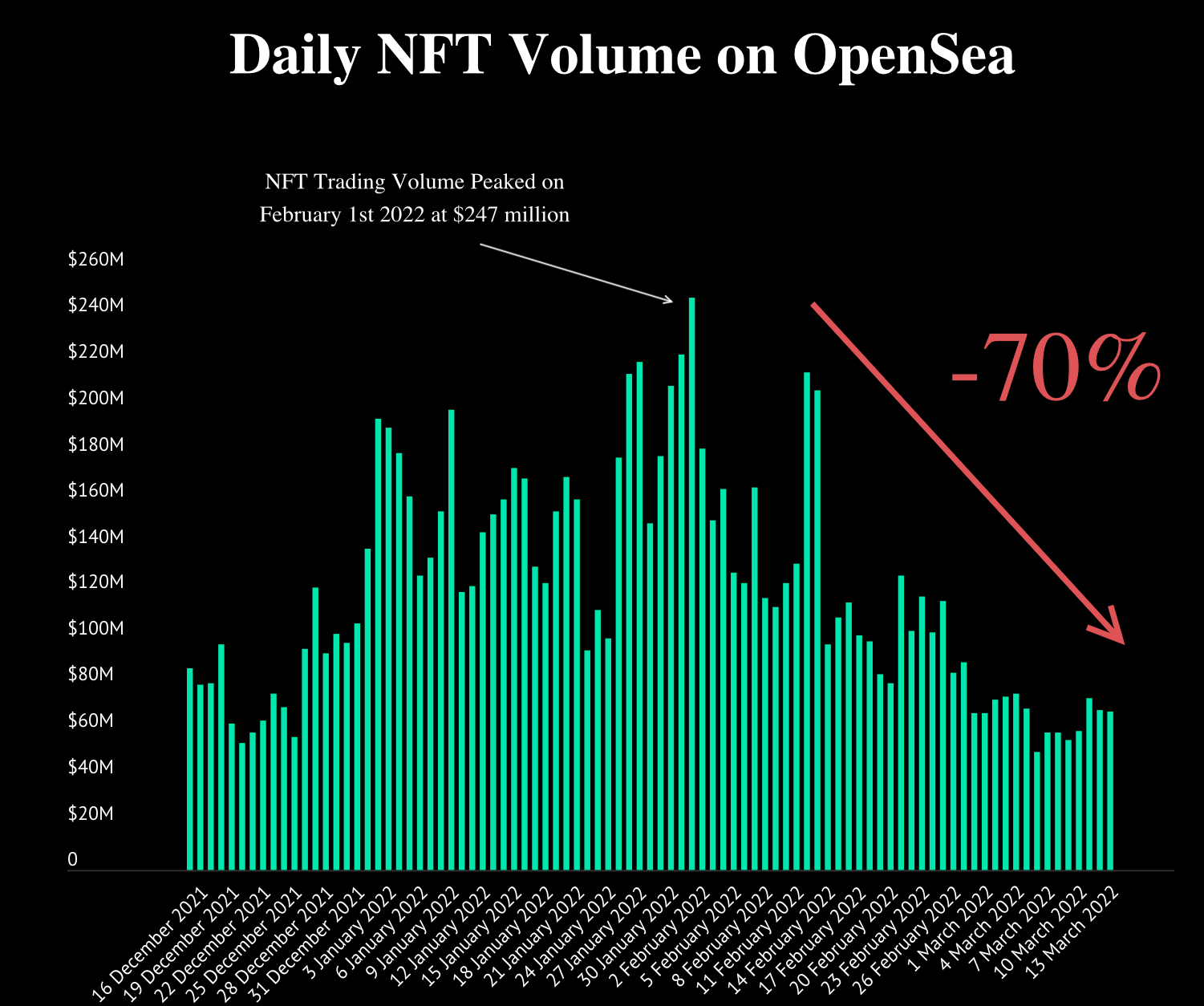 Other platforms too painted a similar picture. In the last few days of May, the total monthly volume stood at $4 billion, equating to a 75% decline from January’s volume.

LooksRare remained competitive despite changes to its LOOKS token rewards, processing more than $2 billion in sales volume from far fewer transactions. What is noteworthy is that a significant amount of activity took place on LooksRare, which involved bad actors selling NFTs back and forth to themselves to gain LOOKS tokens. Hence, the lower number of transactions still generated $2 billion- half the sales volume of OpenSea at the same time.

Technically, there has been no significant activity nothing apart from the same downward trajectory when comparing the latest stats to the stats in March.

The latter period maintained some bullish narratives given the hype but certainly couldn’t carry the ‘buzz’. The daily volumes for both NFT marketplaces slipped considerably. 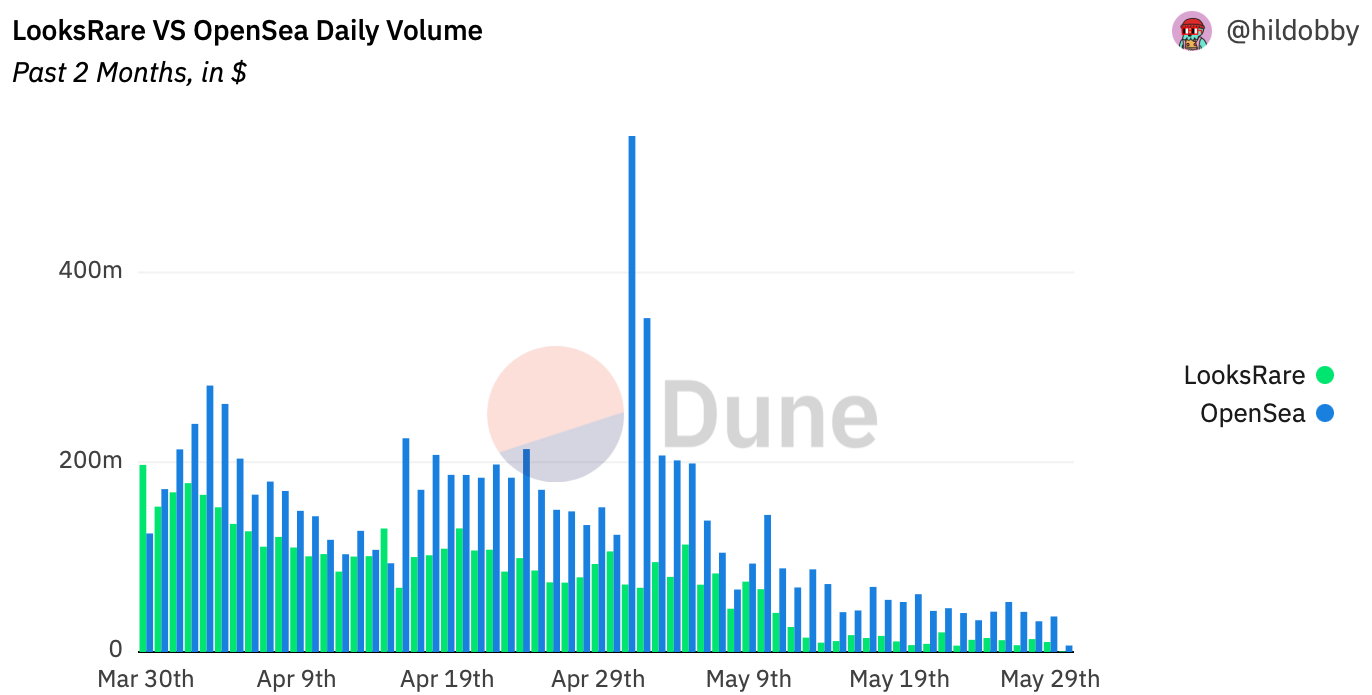 At press time, the two were more or less on par with each other.

Will Polygon Village see its ‘villagers’ happy in DeFi space