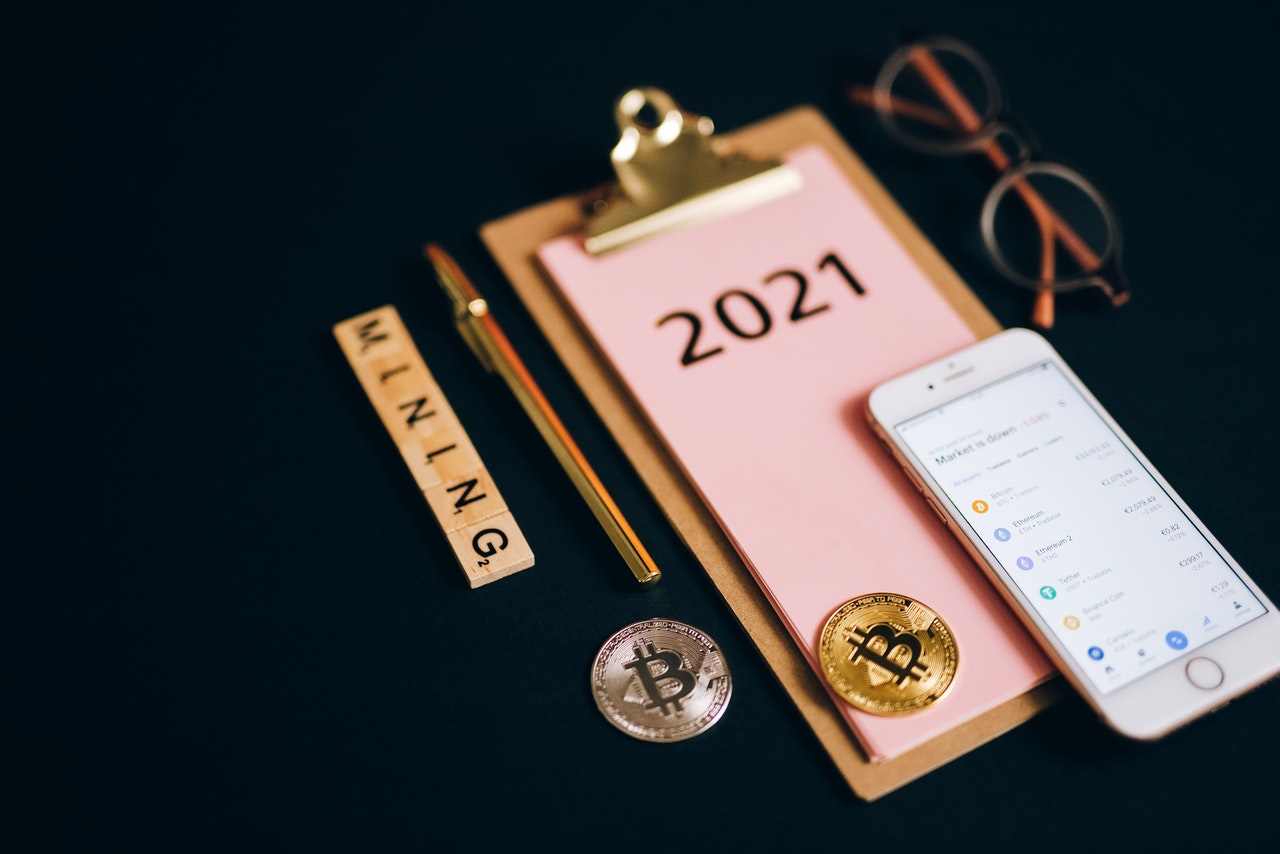 Bitcoin began its first full week of the new year near the old $50K range where the king coin has spent most part of the last month. Post the early December flash crash that brought the larger market on its knees, BTC had established the $54.5K mark as support. However, after the December lows price trajectory took a turn for the worse even though long-term on-chain data suggested macro bullish divergences.

On 3 December, as BTC began its first week of 2022 the day also marked Bitcoin Genesis Day, which is widely celebrated by the crypto community as the day that the first BTC block was released way back in 2009. While on BTC’s 13th birthday a birthday bash pushing the top coin’s price to the key bullish price levels would be desirable by the larger market, with the current trajectory looking neutral, the possibility of the same taking place was unlikely.

That said, there were some smaller celebrations that could make BTC’s Genesis Day memorable.

Despite the price action looking weak, the BTC network presented no signs of slowing down as the network hash rate made a new all-time of 207.53 million tera hashes per second (TH/s) at the time of writing. 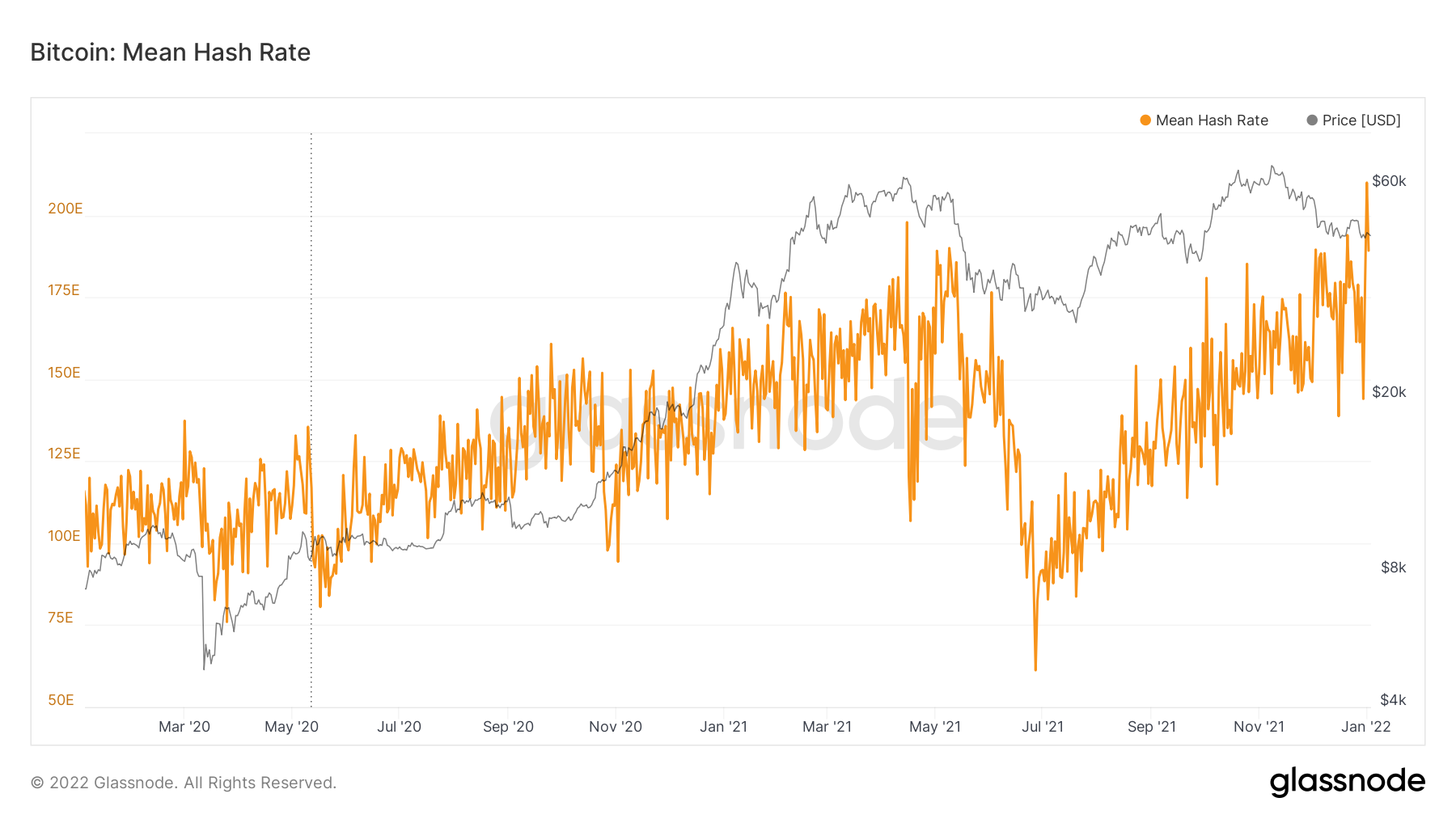 BTC hash rate is the average estimated number of hashes per second produced by the miners in the network and presents the strength of the network based on the number of active miners. BTC hash rate saw a major downfall after China banned crypto mining and trading activity in 2021 which resulted in the fall and migration of miners affecting the BTC hash rate. At the time of writing, hashrate recorded a new ATH after 15 April last year.

However, it is interesting to note that at the previous hashrate ATH on 15 April, Bitcoin’s price was also at an all-time high which currently the Bitcoin price is only at $47K, representing a significant discount in price vs hashrate.

Despite the close to 38% drop in price since November, Long-Term Holders continued to diamond hand Bitcoin. The last time Bitcoin was at $47K, long-term HODLers’ holdings were 10% lower but to date, there has been insignificant distribution despite the recent volatility which is a largely bullish trend. 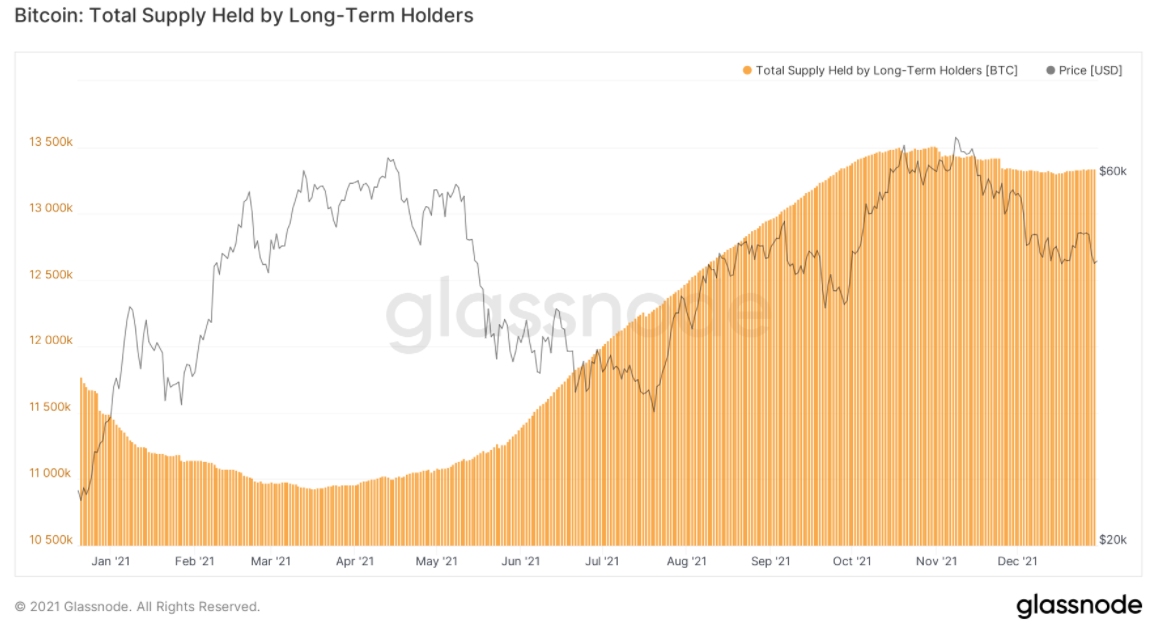 That said, Short Term Holder’s SOPR when smoothed over a 30-day period paints a picture of continued realized losses through November starting to slow in the latter part of December. Generally, when this metric starts to bottom and then rises, a more sustainable price trend has begun, as presented by data from Capriole Investment. 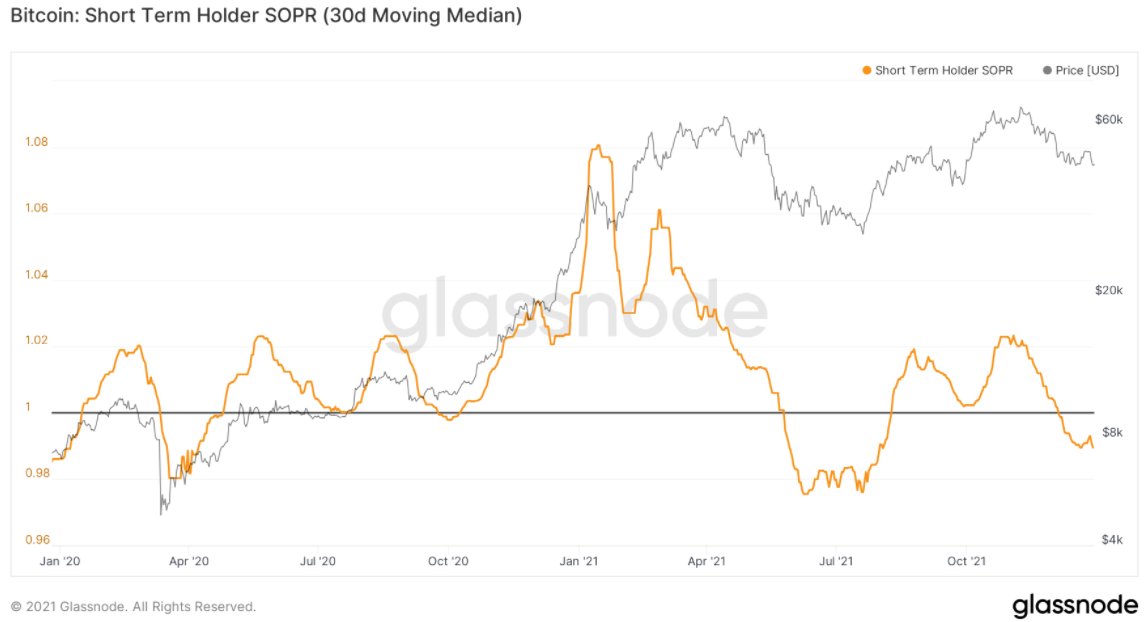 Further, it is often said that the more drastic a price rise is the more drastic the fall is so Bitcoin taking its time to rally makes sense that way. Nonetheless, the price seemed to be weakening around the key 100 and 200DMAs which means that any dips to the near $40K zone could be a good buying opportunity, while a trip to the above $50K zone could trigger some selling.

For now, the $50,450 zone makes the next crucial resistance which when broken can give some momentum to BTC’s trajectory.