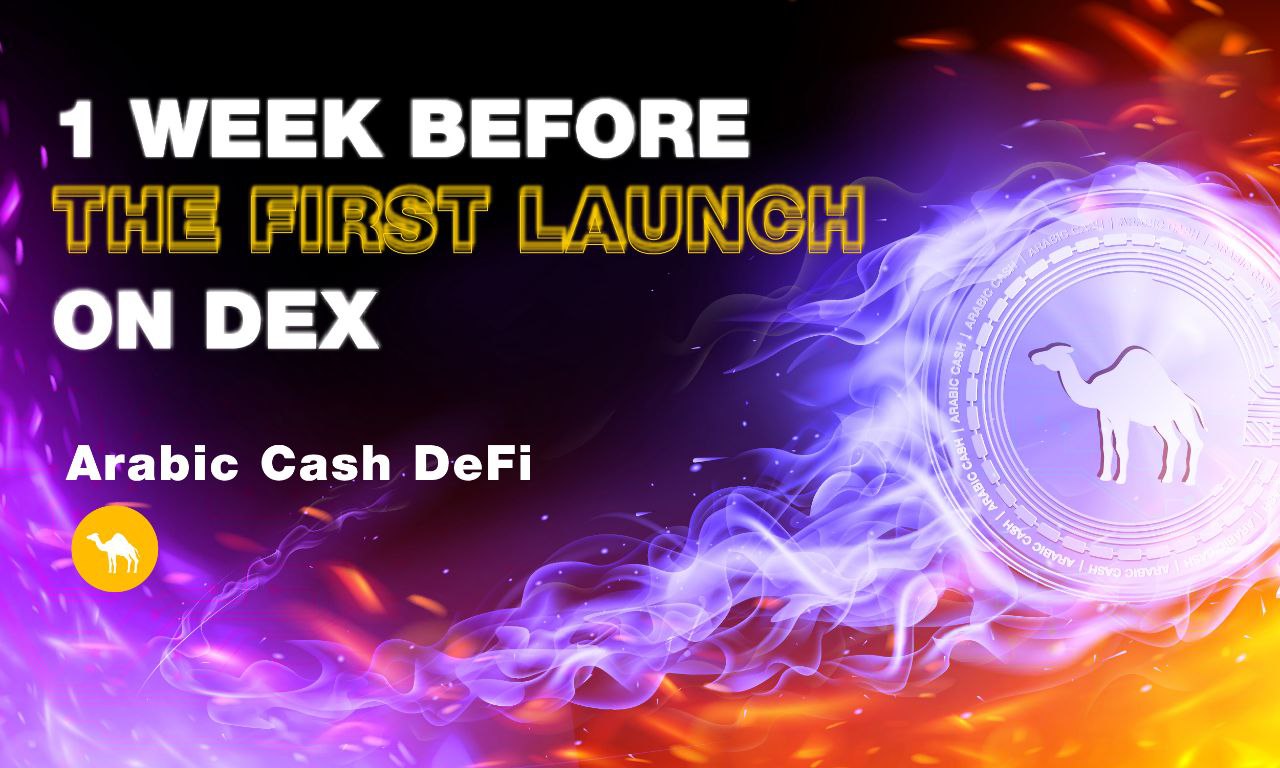 Despite the fact that Arab oil is running out, the entire region continues to develop rapidly. The United Arab Emirates (UAE) has created a new economic oasis in the middle of the desert, and now the state is ready to challenge Silicon Valley. The Arab crypto industry is growing faster than local skyscrapers. One of the most high-profile projects of the crypto community in the Arab World is Arabic Cash.

In 2018, when the number of investments in Arab fintech projects exceeded an incredible $320 million, Sheikh Mohammed bin Rashid decided to completely digitize the Arab Emirates. He announced the launch of the “Blockchain Strategy 2021”, which aims to make the UAE the world leader in digital adoption. According to the sheikh, this year alone will save the government up to $ 3 billion, which the country spends on paperwork.

“The introduction of this technology will affect the quality of life in the UAE and will increase the level of happiness of citizens. 50% of government transactions at the federal level will be conducted using blockchain technology by 2021. This will save time, effort, resources and allow people to conduct most of their transactions in a timely manner, consistent with their lifestyle and work. ”

The independent joint group of Arab developers announced the creation of the “Largest Arab Investment Strategy” in March this year. A completely new decentralized financial instrument should make it easier to attract global investment to the fastest-growing region on the planet. We didn’t have to wait long – at the end of March, the Arab project of the new economy 3.0 appeared to the world under the name Arabic Cash (ABIC).

After six months of development and several months of Private Trading, the Arabic Cash project proved its serious intentions and development prospects. It is rightfully the first independent DeFi created in support of the global “Blockchain Strategy 2021” of the United Arab Emirates.

Extra round to 1 Dollar

After the full launch of the ABIC token (BSC BEP20) at the end of July, 35.6% per annum staking will be available, as well as trading to 6 crypto pairs on the main Arabic Cash website + trading on Pancake Swap. The next step is to create your own DEX exchange. Next – the introduction of the DeFi loan system.

The project closed each of the three rounds of Private Sale with surplus of the plan. And on June 25, the project closed the Private Sale ahead of schedule and announced the start of the Extra Round, where the price of the ABIC token will grow sharply. In the second half of July, Arabic Cash will be listed on the first exchange with a price tag of $1.

This decision was made thanks to the open voting of the project community – only 34% supported the idea of ​​early closure of the Public Sale and the release of the ABIC token for trading with a minimum price. The remaining 66% voted for the starting bidding price of $1 and the Extra Round, which is required to achieve this goal.

As it became known, the Extra Round will consist of several phases, which will sharply raise the price to $1. At the moment, the first phase lasts, in which the token is fixed at 18 cents.

The creators of the project assure that, in addition to the funds collected at the Private Sale stage, additional funds will be poured into the project’s liquidity pool from the founders of Arabic Cash themselves. Recall that the founders are considered to be an association of large real estate companies in the United Arab Emirates. Apparently, this is where Arab maximalism manifests itself when the price is immediately raised by x10 from the presale.

The final checkpoints of the Extra Round on the way to $ 1 were announced this week:

In history, few have allowed themselves such audacity, but if you look back at the most striking example – Pancake Swap – the picture is rosy. On the very first day of public trading, the price of the token was raised by $1. Exactly one day later, the price collapsed by 60%. But after 12 days, the CAKE token again leveled off to $1, and after another 4 months, the price of the token was over $15. And this is against the backdrop of a falling global trend in Bitcoin.

You can purchase ABIC tokens on the Arabic Cash official website. Join the community via the Telegram Arabic Cash link.

‘No one gets a free pass,’ says New Jersey’s AG after BlockFi comes on the radar