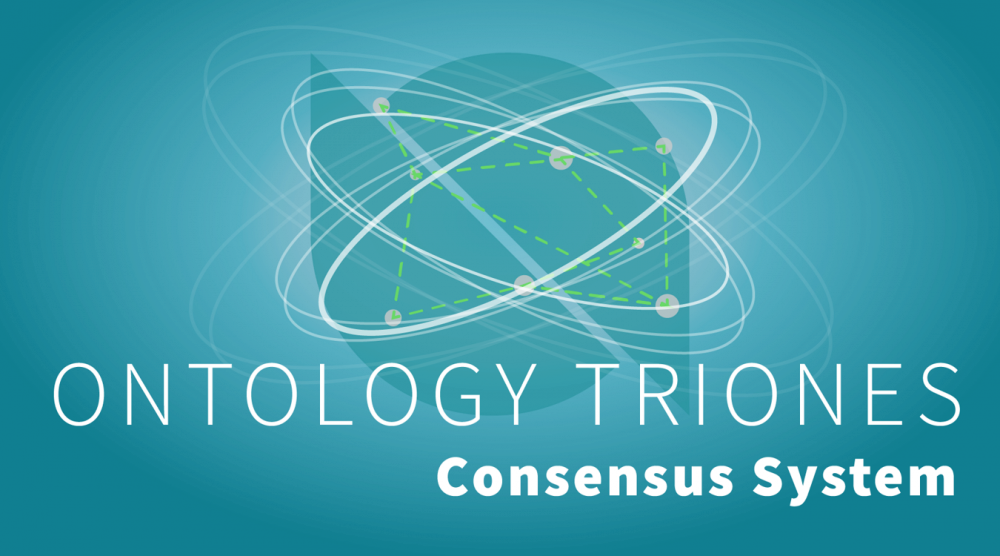 The cryptocurrency market is now in the midst of one of the worst bear runs seen in recent history, with major cryptocurrencies dropping over 1/3rd of their value in a short span of time. However, the promise of future technology utilizing blockchain is still kept alive, with projects taking the bear market as an opportunity to lay the groundwork for advancements.
Even as the market bleeds, projects such as Ontology [ONT] show that this is the perfect time to push the envelope when it comes to the cutting edge in blockchain technology. This is seen by the overwhelming response to their consensus node application process, which aims to take advantage of Ontology’s Triones Node Incentive Model.
Dual Token Economy powered by VBFT Consensus:
This is made possible by Ontology’s dual token economy, containing both ONT, a cryptocurrency coin representing value, and ONG, a utility token used for paying transaction fees on the network. It also functions on a stake based consensus algorithm, which optimizes the performance of the blockchain to new levels.
However, with staking models, an economic tool is required to participate in the process. Usually, tokens on the network are staked in order to fulfill this purpose. However, the Ontology network utilizes a combination of ONT and ONG in a model known as the Triones Economic Model. The model combines a Verifiable Random Function Byzantine Fault Tolerance [VBFT] consensus algorithm along with a consensus management smart contract in order to form the core of the Ontology governance model. 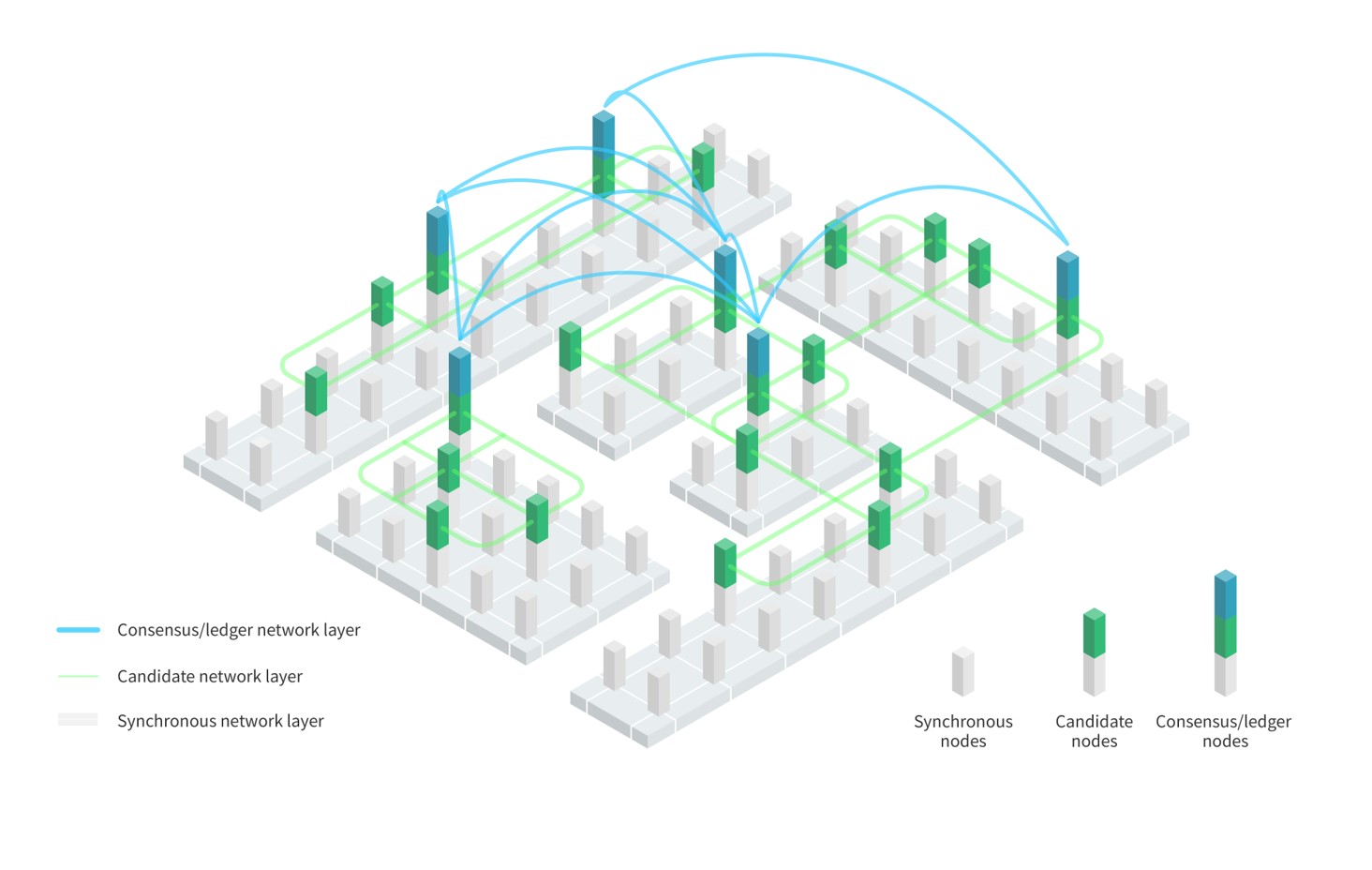 The Ontology token economy uses a “compensation/ lease” model, wherein holders of the ONT coin will periodically receive ONG. On the flipside, users are required to consume gas to utilizes services on the blockchain, creating a natural flow of tokens between users. This consumed ONG will be allocated to Triones Consensus nodes based on their contributions.
The consumption cost for transactions is also determined by smart contracts on the Ontology chain, with low network utilization allowing users to pay a lower Gas price. When the network is utilized, the transactions will be sorted by those with a higher Gas price, thus incentivizing consensus nodes to process transactions with higher speeds.
Staking authorization process and benefits:
Ontology holders can also generate passive income by participating in the staking authorization process. The minimum stakeable amount is 500 ONT, with enthusiasts able to stake more in multiples of 500 ONT. It is to be noted that the staked ONT will be locked in a smart contract, which in turn generates ONG tokens to be used on the network or sold in secondary markets.
The process occurs in rounds, with each round lasting 120,000 blocks. Rewards can only be claimed after every round ends, with the staking also being cancelable at any point in time.
Nodes will receive ONG from basic consumption of the entire chain network system such as network fees, storage fees, smart contract fees, and fees from other services. In order to encourage participation in consensus, nodes will also receive an additional 10,000,000 ONG per year for the first three years from the community incentives allocation.
They will be able to receive benefits such as the regular generation of ONG tokens, fees from the basic consumption of the network such as storage fees, smart contract fees, and network fees, and additional ONG for the first 3 years from the Ontology Foundation.
Decentralized Proof of Stake:
Many PoS models tend towards centralization, an issue which is remedied by the Triones Incentive Curve Equation. This provides a fair and decentralized governance system, as staking too much ONT will reduce the rewards given in ONG. This means that only a balanced stake can achieve the maximum benefit. Moreover, the Ontology Foundation has also prepared an additional incentive of at least 1% per year for the Triones system, providing an added reason for companies to begin running nodes.
The VBFT consensus design will also allow the consensus system to select candidate nodes dynamically. They are required to meet certain conditions to form a consensus network. The Triones consensus model consists of 3 groups of nodes, namely a candidate node group, consensus node group and dynamic participator node group. All ONT holders can participate in the stake custody in Triones and obtain incentives.
W3C-approved Ontology Distributed Identity System:
Using the revolutionary ONT ID distributed identity system, information will be gradually formed on the identity and reputation of participating nodes. This “trust quantification” system will serve as another reference for the Triones economic model.
The decentralized identifier part of the Ontology network can also be used by enthusiasts as a way to plug into Web 3.0, as it is recognized as a part of the Web3 Consortium Community Group Decentralized Identification registry. They act as identifiers for a verifiable, “self-sovereign” digital identity, with Ontology becoming the third open-source public chain to implement the specification after Bitcoin [BTC] and Ethereum [ETH].
Successful seed node application process ensures scalability:
The network also has future enhancement plans for large-scale deployment of close to 2401 nodes and can adjust candidate network size dynamically as per the node cost. The ratio of the consensus/ candidate nodes is set according to the initial ratio of 1:6.
The seed node application process has seen 16 teams make it into the second round. The total amount of tokens staked was around 24.9 million, with those who qualified staking around 17.2 million. Notable seed node candidates include ZhenFund, a seed fund based in Beijing, DHVC, Dragon and Longlink fund.
The response that was seen after the application process shows that there are projects that are flourishing, quietly building the blocks and paving the way for a blockchain-powered future. With the infrastructure and scalability in place in order to serve countless blockchain-based dApps and smart contracting features, Ontology is poised to take control of the distributed trust collaboration market.

Your personal assistant in cryptocurrencies powered by IBM Watson takes the plunge!