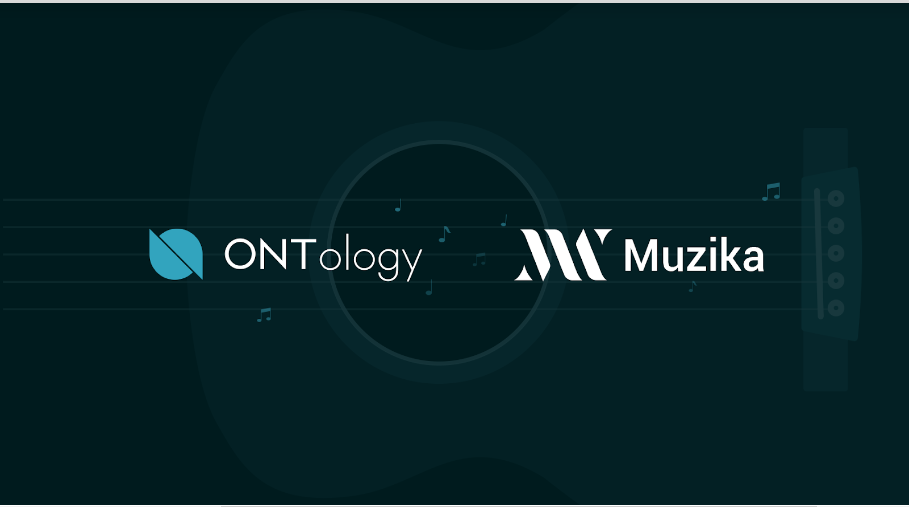 Muzika, a 2-million user strong star in the blockchain space has successfully secured a strategic partnership with Ontology [ONT]. As a primary part of its strategic partnership, Muzika will use ONT’s technical infrastructure to build a truly decentralized digital music ecosystem for all the parties within the digital music space.
Muzika is a blockchain project focused on fostering the synergy between content creators and their fans as the backbone for a self-sustaining blockchain ecosystem. This partnership will allow for a closer relationship between artists and fans, a structural innovation that makes the overall system more efficient and fair.
The platform is supported by a token economy [MZK token] where community members are rewarded in accordance with their participation in the production, consumption, and distribution of creative content.
Notably, Muzika already has more than 17,000 music artists from more than 150 countries. This partnership with Ontology, a giant in its own right, will allow the project to leverage its existing advantage as a blockchain project with demonstrated potential for widespread adoption.
Ontology is a $700 million blockchain platform that aims to replace third parties and intermediaries in Internet transactions. It is Asia’s Ethereum [ETH], and the company has forged partnerships with high-performance public blockchains and provides a customizable public blockchain that can be applied in a variety of scenarios. In addition to the technical support offered by Ontology, Muzika and the company will cooperate closely on other aspects of the project’s development. These include events such as marketing, community operations, and product development.
The global digital music entertainment industry is currently valued at around $45 billion. This huge market opens up opportunities for emerging projects in the industry, to make promising strides towards the mass adoption of innovative technologies in the music industry.
Muzika is gaining exposure among blockchain enthusiasts due to its potential to disrupt the music industry. The company is founded by an elite group of entrepreneurs; its three founders have been featured on Forbes Asia’s 30 Under 30 List. On the partnership with Ontology, Inseo Chung, the CEO of Muzika, said in his statement:

“In the quest for the successful implementation of our blockchain-based platform and incentivized structure, our strategic alliance with Ontology will be a tremendous step forward…We will together envision and enable a meaningful transition of the digital music world.”

Moreover, a previous iteration of the Muzika project known as Mapia-Company was awarded venture capital seed funding from former executives at Korea’s equivalent to Google and WhatsApp respectively,-Naver, and Kakao, The operator of KakaoTalk. Inkyu Choi, an advisor to Muzika project from Naver, stated on the project:

“It is not a question of ‘whether,’ it is of ‘who.’ Muzika, with a strong underlying usership, a deep understanding of the music industry, as well as top-tier team and endorsers, are at the forefront of the revolution.”

This collaboration joins the ranks of the ecosystem of entrepreneurs using partnerships to leverage the technological features of partner platforms before the launch of their product.
Ontology is focused on enterprises and caters to businesses looking for high volume, fast and cheap transactions. Included with this is Ontology’s provision of a complete DLT base with intelligent smart contract support for many use cases.
Blockchain technology and the music industry are an ideal match as the technology can weed out inefficiencies in trading mechanisms used today. Moreover, the change in the infrastructure of the industry will also drive more features and benefits such as lowered transaction fees for users.
To know more about Muzika, click here. Users can also join their Telegram group here.

Leaders in tech, government and business are gathering in Bali for XBlockchain Summit