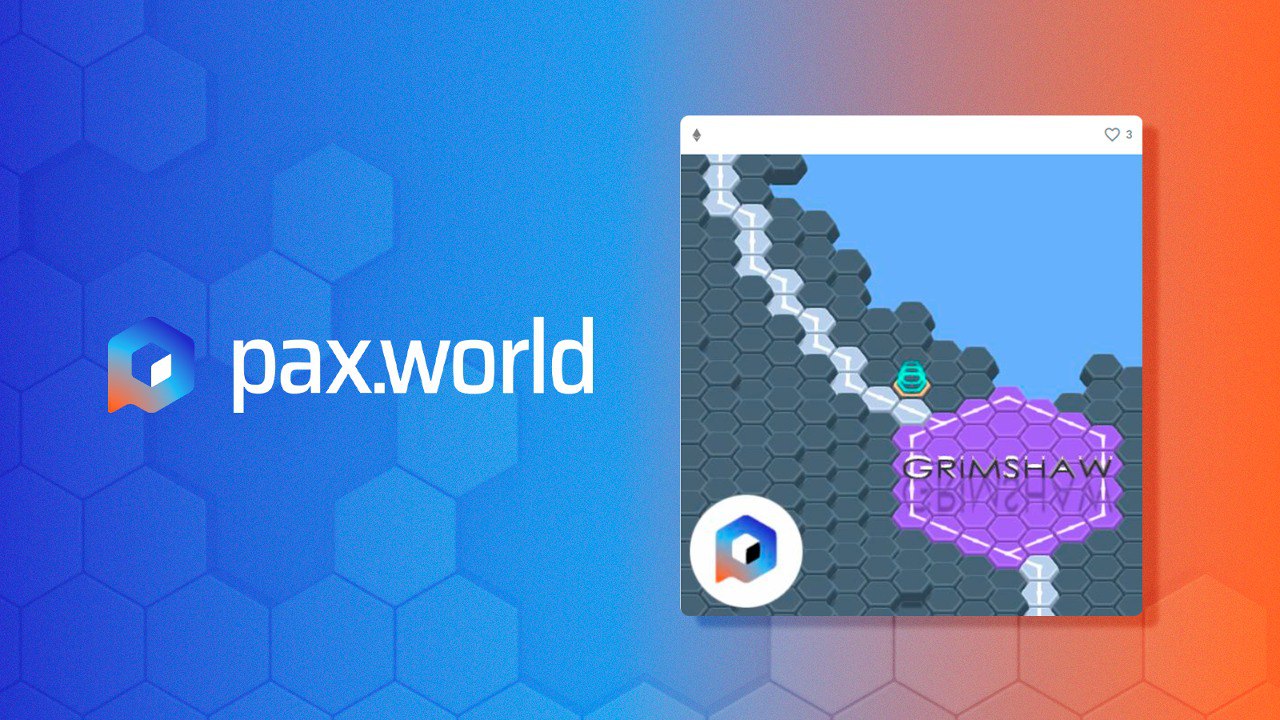 Moving forward with their partnership with architecture firm Grimshaw, pax.world is now auctioning a rare piece of virtual land to its users that sits within the neighborhood of the architect firm founder, Sir Nicholas Grimshaw.

As more people move to a virtual space for work, education, and entertainment, pax.world is using its platform to encourage users to participate by providing incentives. Their features include a 3D gallery viewing in the virtual world so prospective buyers may have a life-like experience before buying an NFT, an educational center, and a tie-in with award-winning architecture firm Grimshaw to design their first four ‘metaserai,’, or gathering spaces for pax.world residents, a concept that calls back to the caravanserai or ‘caravan palaces’ in olden trade routes.

Founded in 1980, Grimshaw has been a featured architect in some of the most noteworthy projects in the world, including Dubai Expo’s ‘Terra – Sustainability Pavilion,’ the Marvel Stadium Upgrade in Melbourne, and pax.world’s own ‘metaserai.’

Grimshaw himself was made a Knight Bachelor in the 2002 New Year Honors for his service to the field of architecture and received an Honorary Doctorate from Heriot-Watt University in 2004.

On collaborating with pax.world on its metaserai, Grimshaw Chairman Andrew Whalley said, “The emerging virtual world—the metaverse—provides us an opportunity to extend and expand this thinking, and the invitation to design a metaserai within pax.world is an opportunity for us to further understand the perception of spaces in architecture and their life beyond the physical world.”

This collaboration is in keeping with pax.world’s goal to open up the metaverse space to people with access to basic technology, as opposed to creating a metaverse that requires sophisticated VR technology to fully appreciate. Their partnership with firms like Grimshaw will create a welcoming space for a virtual community that will be accessible to everyone, everywhere.

Pax.world’s vision of inclusion combined with Grimshaw’s talent will create a virtual world unlike any other. Any user lucky enough to get a plot of land next to Grimshaw’s will experience the best design and functionality.

Pax.world will open its auction of the land on the 15th of April, and users may place their bids on opensea.io for the land in Grimshaw’s neighborhood.

Follow Pax.world in its community and social channels to be the first to know about updates