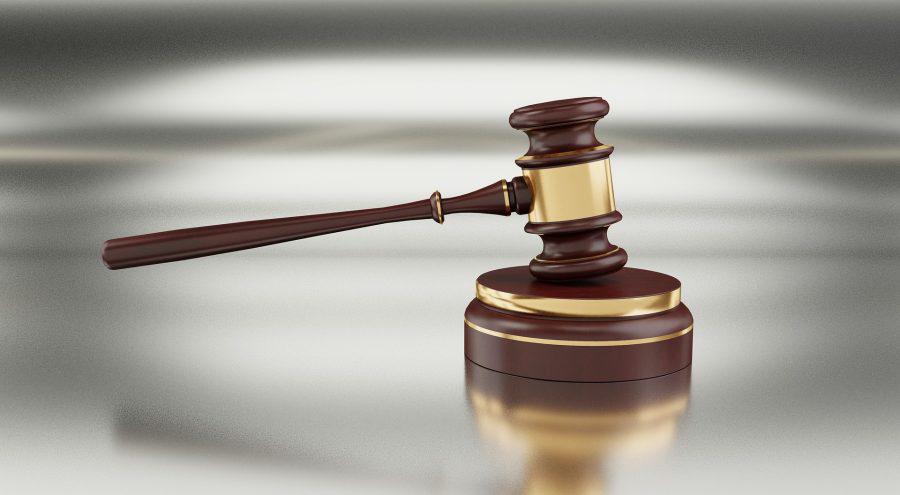 On 2nd August, the Market and Securities Regulation Department of the Philippines framed rules on the ICO according to the standards of SEC and international practices. 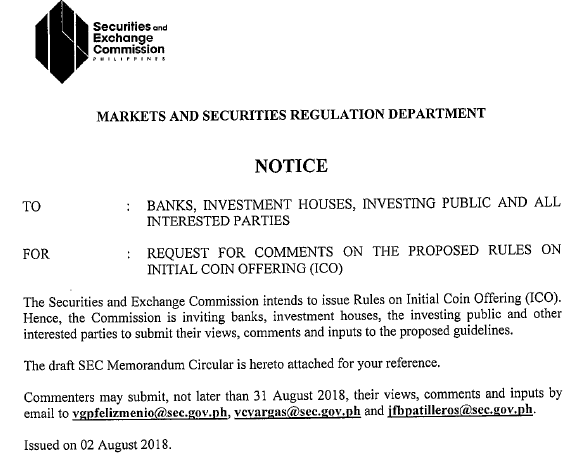 These rules have now been termed as “Rules and Regulations Governing Initial Coin Offering (ICOs)”. The primary function of these rules is to control the conduct of ICOs where convertible security tokens can only be given by start-ups and/or registered companies located at the Philippines.
Initial Coin Offering conducted through any other form of media apart from an online electronic platform will not be considered by the Philippines’ SEC. Certain crypto-terms were redefined for the purpose of making these rules according to the Philippines SEC ‘s understanding of the terms.
According to the authorities:

The recommended rulebook also explains that the ICO project to be established must have all the details enlisted in the form provided by the authorities.
The commission takes an average of 20-40 days to determine whether the token is a security once they receive the initial assessment application. Once decided, it is communicated in writing to the issuer who must then register the ICO project according to the rules.
The white paper must be submitted after the registration and must contain all relevant information about the ICO project in accordance with the list given in the proposed rule book.
The recommended SEC rulebook explains about the qualification and disqualification of issuers and advisors.
The SEC states the definition of an issuer as:

The advisor for a particular ICO project must be:

“Any natural persons with a reasonable knowledge about a specific security token ICO project mat file an application for registration with commission.”

Once implemented, according to the rule, unless the ICO is conducted exclusively through crowdfunding intermediary falling under the ‘Rules of Crowdfunding’, the issuer must also register the ICO according to the rules in not more than 45 days before the pre-launch of the project.
In order to conduct the registration smoothly, individuals must ensure that they follow the rules completely and correctly without making an effort to falsify any data. The registration paperwork must include a long list of legal documents issued by the Filipino government as well as the complete financial plan of the ICO project.
The security token can be an exemption from registration only if given permission from a judicial body, bank, commission or “sale of securities by an issuer to fewer than twenty persons in the Philippines during any twelve-month period.
SEC further states that advertising of security token can be done if it is on a common platform or media that is considered legal and moral by the Filipino government such as Billboards, television, social media, brochures, mail, or any other reasonable means available to the issuer.
Any form of advertisement that involves false promotion of information, contradicting photographs or acts of questionable legality is prohibited by the commission.
In terms of return on investment, if the soft cap is not reached by the investor, then certain contingency plans have been made a note in the SEC’s proposed rulebook that within 5 days,

The Proposed rulebook has been accepted by the Philippines SEC  but has not been implemented as of yet.
The SEC chairman, Emilio Aquino recently said:

“The draft will be posted on the SEC website for public comment, which will be considered when the actual rules are implemented”

DasCoin has enhanced its Blockchain speed by 100 percent

Five applications of artificial intelligence on the Ubcoin marketplace