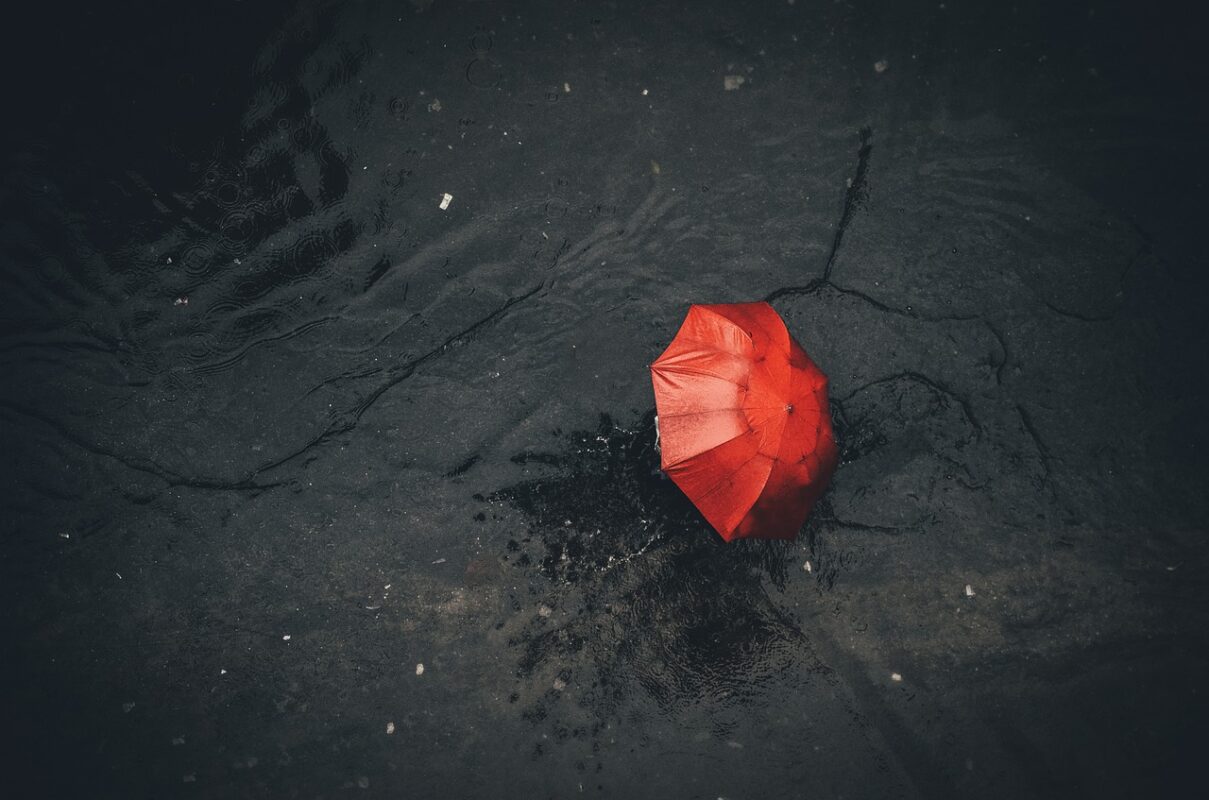 Polkadot found support at $23.5 recently, but its endeavor to flip the $27.45 area from supply to demand was rejected in no uncertain terms. What began as a pullback in early November appeared to have become a downtrend. On the daily chart, the price was still within an area where long-term investors would seek to buy. Yet the market conditions did not seem favorable for a reversal in the pullback yet. 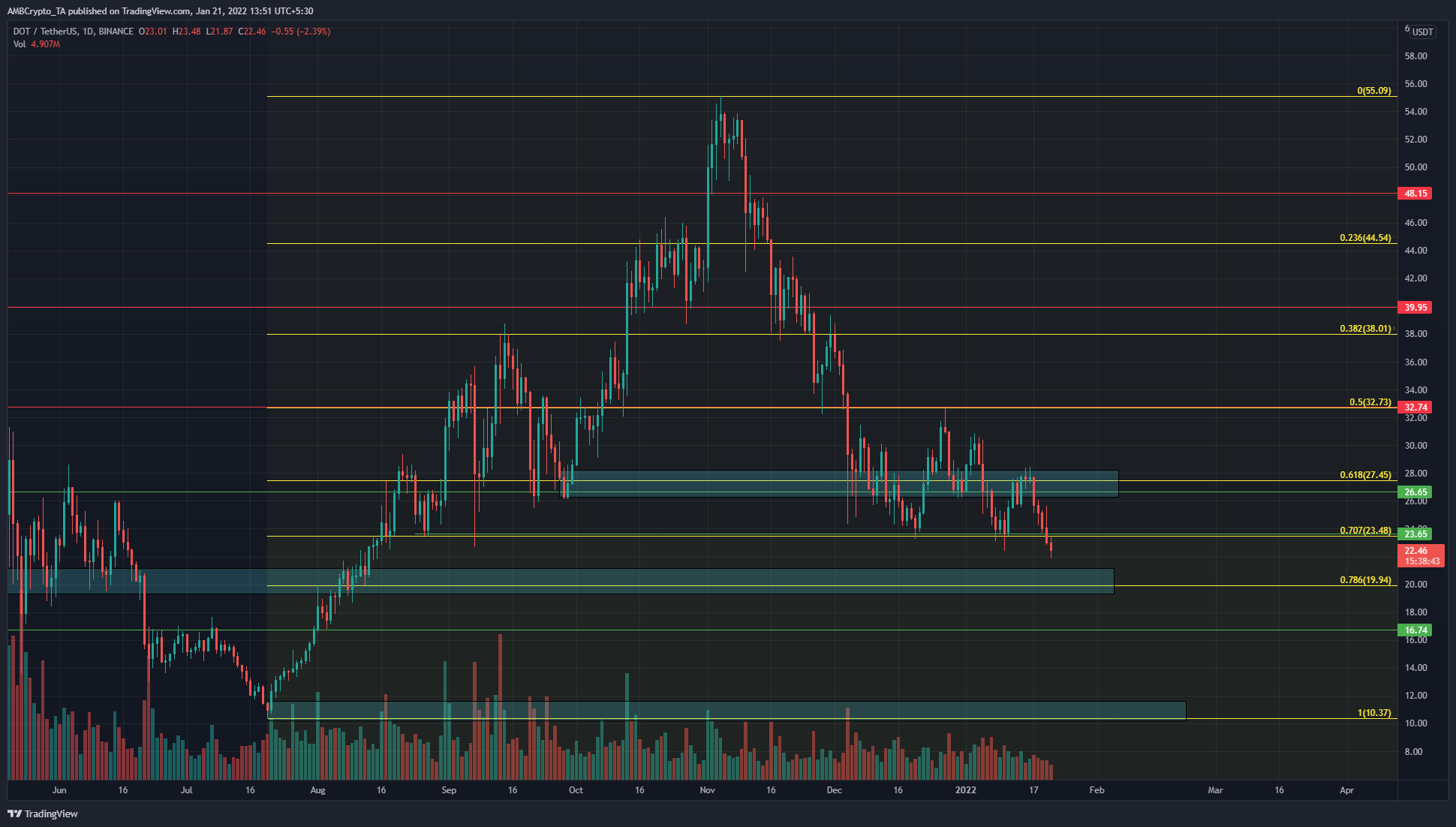 Two weeks before press time, DOT appeared to embark on a bullish run on the lower timeframes. It hunted for buyers at the $23.48 level, and moved strongly toward the pocket of liquidity at $27.45 (cyan box).

This level was the 61.8% retracement level based on DOT’s move from $10.37 to $55 earlier in 2021. Polkadot faced strong selling pressure at this level and, in the past couple of days it appeared to have lost the $23.48 level as support.

A retest of the same could be a shorting opportunity. The next target for DOT lay at the $19.94 pocket (lower cyan box). This had been an area where demand was seen in June last year, and it could be a place where buyers bid in strength once more. 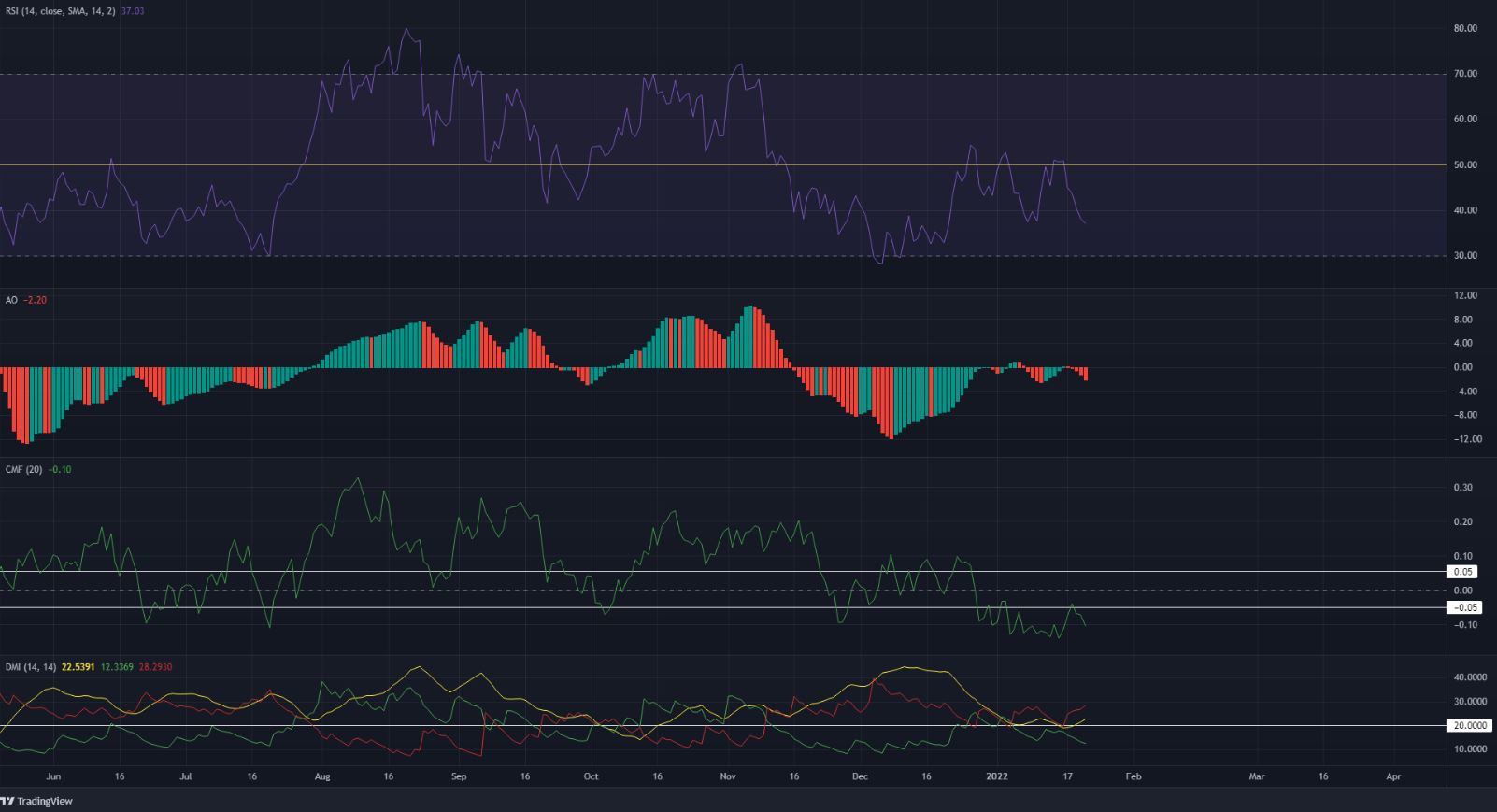 On the daily chart, the RSI has bobbed just beneath the neutral 50 value. The momentum was with the bears, and even on sharp bounces, the longer-term momentum did not shift. The bears simply sold the lower highs formed on the charts at an area flipped from demand to supply.

The Awesome Oscillator was moving beneath the zero line, showing bearish momentum. The Chaikin Money Flow indicator has also been below -0.05 for the whole of last month on the 1-day timeframe. This showed that significant capital flow had been directed out of the market.

The Directional Movement Index also showed a bearish trend was once more established, as the -DI (red) and the ADX (yellow) rose past 20.