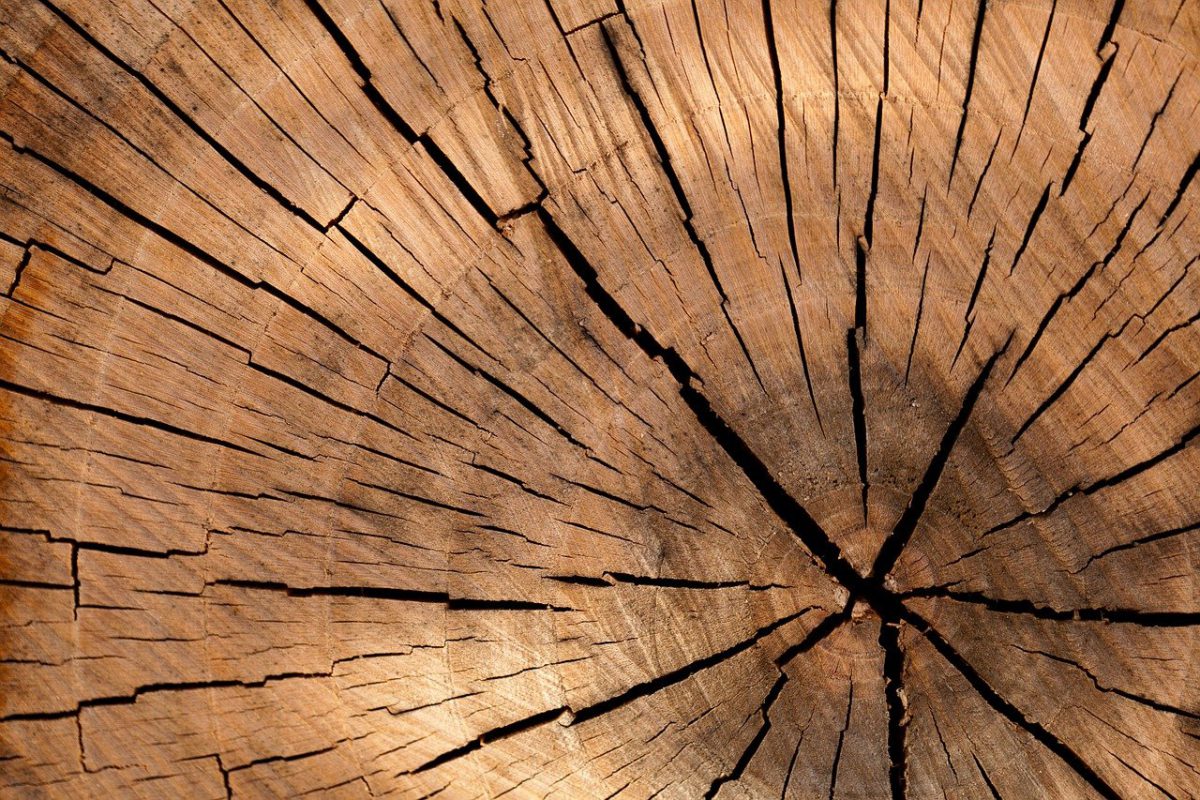 Polkadot was strongly bullish on the charts and a pullback to $10.5 would present a good buying opportunity. Crypto.com Coin has been volatile over the past few days but its trajectory was upward, while Cosmos climbed above $6 in an attempt to flip the $6.3 level to a support. 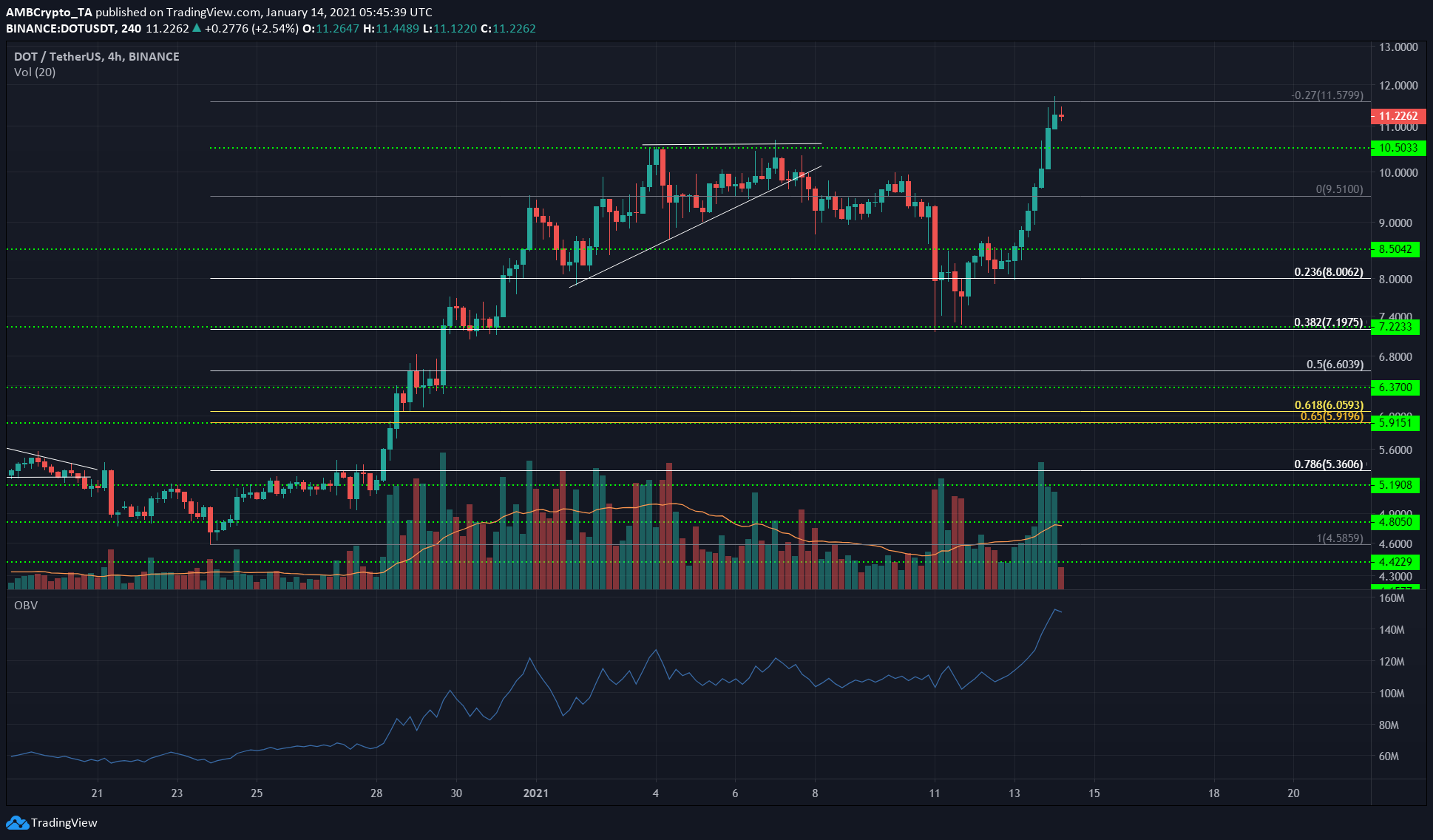 The $10.5, $9.5, and $9 can be expected to offer substantial support to DOT’s price should they decline. However, the strong bullish momentum indicated that there is more upside to DOT.

Over the course of the next few days, a retest of the $10.5 region to confirm it as a level of support is possible, but with the strong gains that BTC posted recently to move back toward $40k, it is uncertain if DOT will see a pullback. If it does, it would present a good opportunity to buy the digital asset.

In other news, Plasm Network announced that it has successfully connected to Polkadot’s testnet Rococo V1 locally. 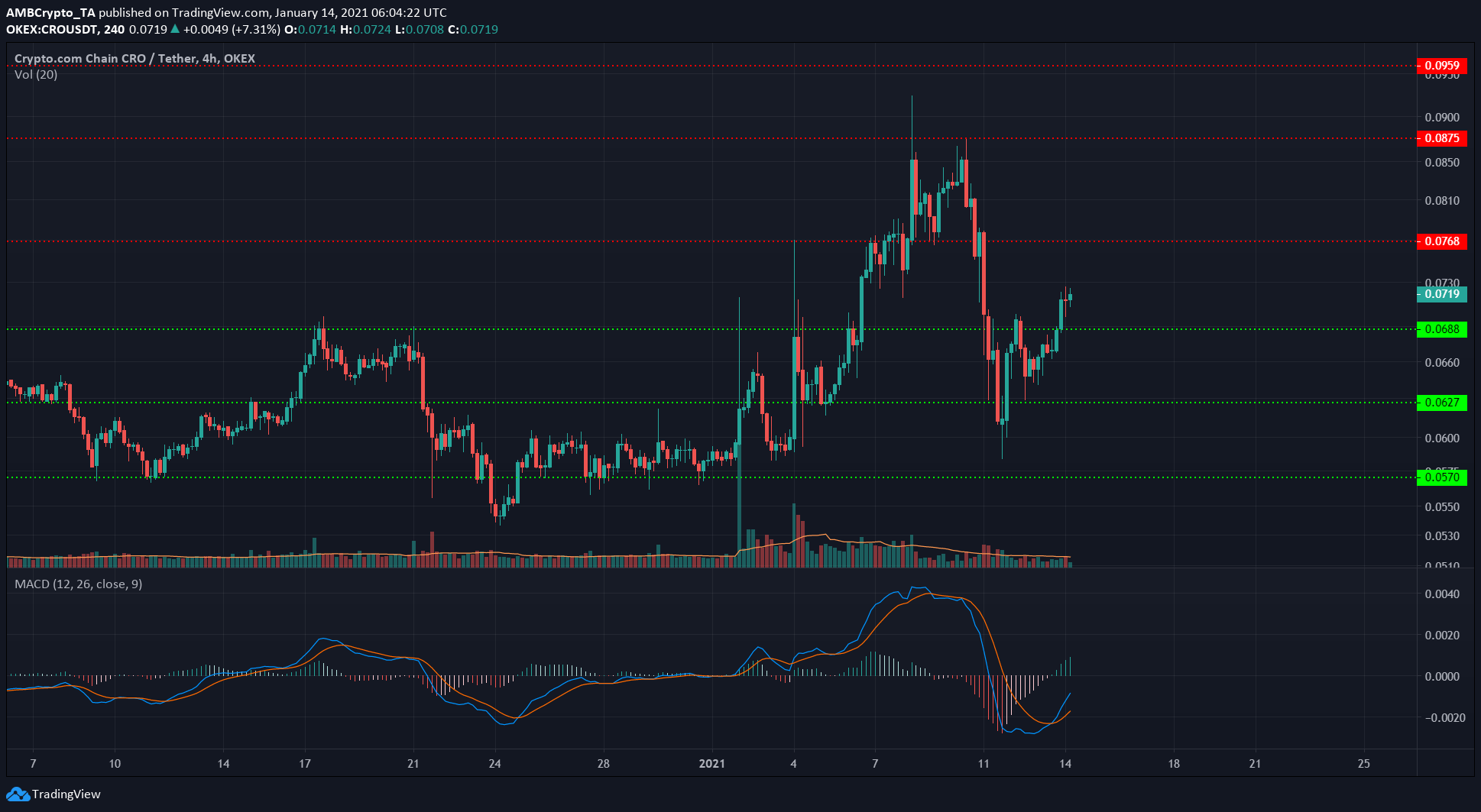 Crypto.com Coin was quite volatile over the past few days. However, it has been steadily appreciating in value for nearly three weeks now and the downtrend since September was ended.

The MACD formed a bullish crossover to generate a weak buy signal, yet the momentum indicator was still beneath the zero line. 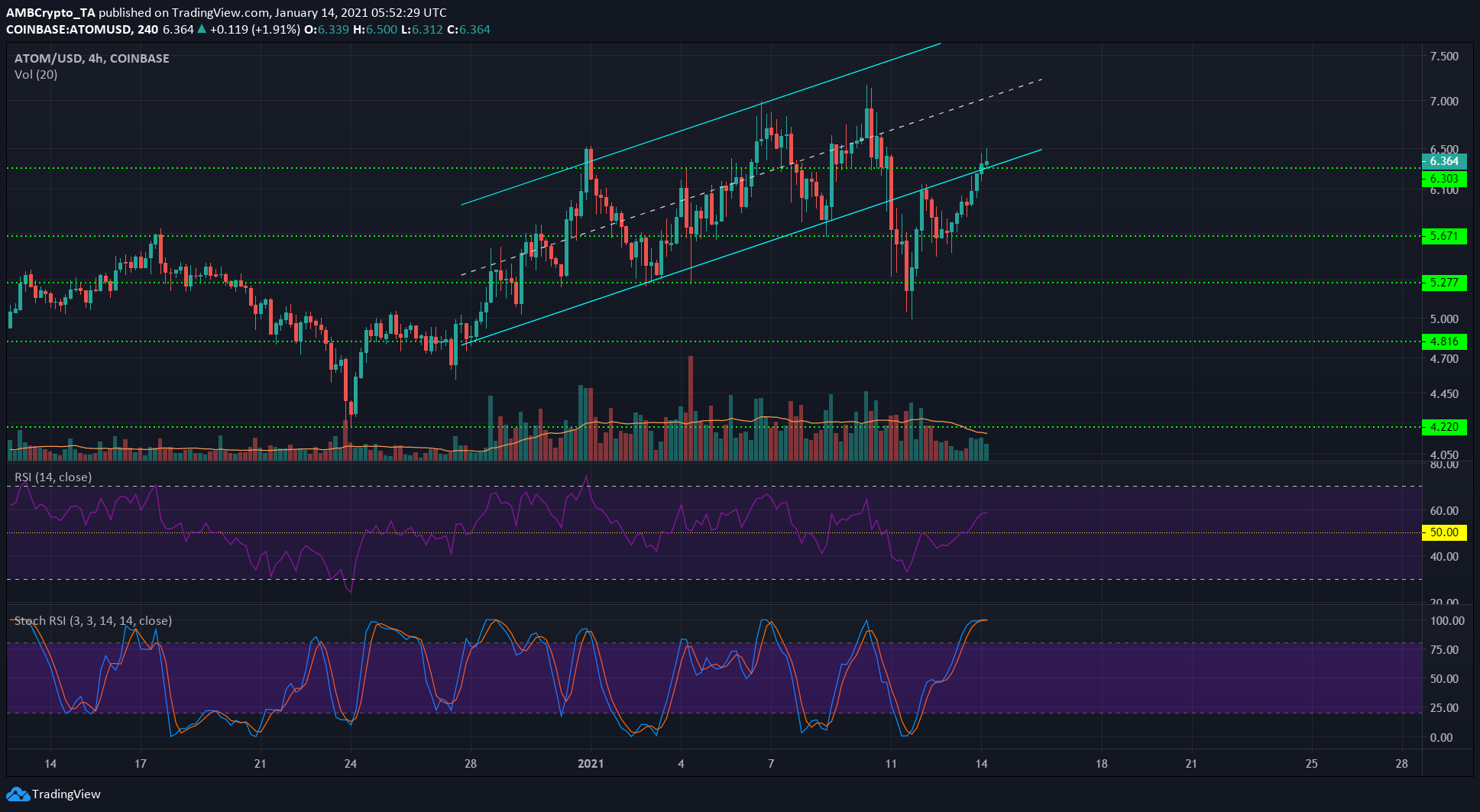 ATOM dropped beneath the ascending channel and respected both the horizontal levels as well as the channel’s lower boundary on its path back above $6.

At the time of writing, it had risen past $6.3 and back into the channel, just as the RSI climbed above neutral 50 to indicate that momentum was shifting toward the bulls.

This meant that ATOM can expect to rise over the coming days, and $7-$7.2 is likely to be the region that offers resistance to ATOM.

However, the Stochastic RSI was in the oversold region and that raised the possibility that ATOM sees a minor dip back to a level below $6.3. In this case, $6 would present an opportunity to enter a long position with DOT.