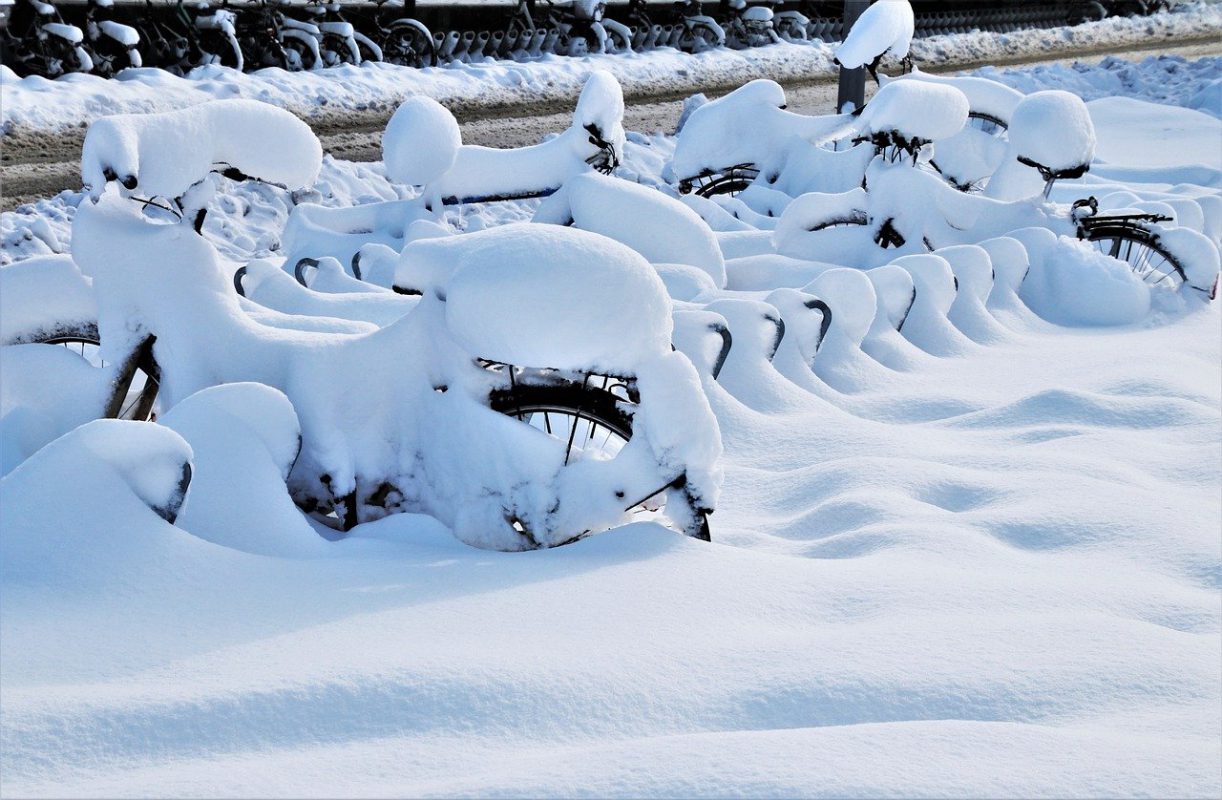 Polkadot saw a bounce to $36 after touching $28 over the past few days, but it has once again sunk beneath the $34 mark. Ethereum Classic also found some resistance at the $12 mark, and IOST showed rising bearish pressure. 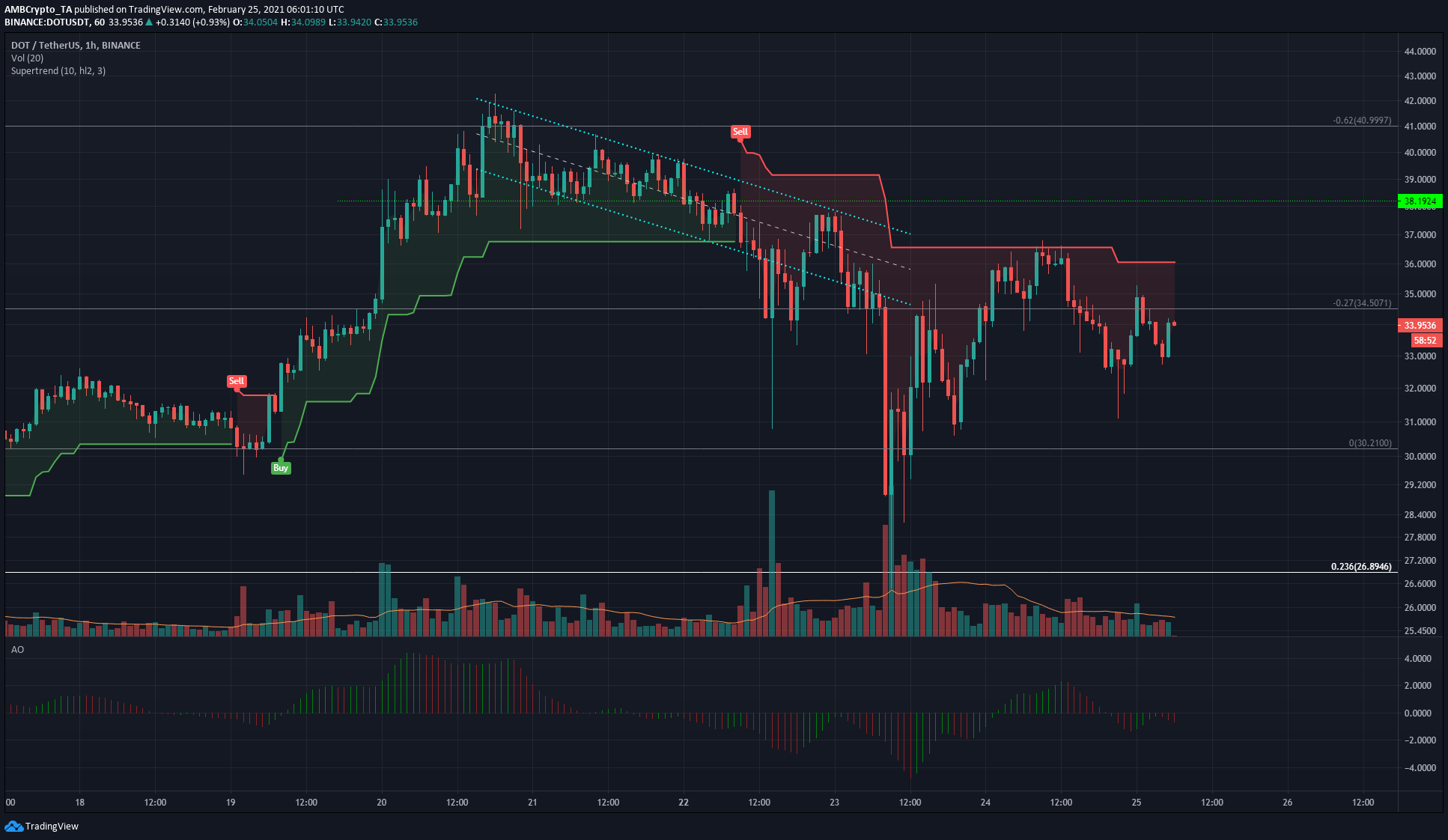 The Supertrend indicator showed a sell signal for DOT after it slipped beneath the descending channel (cyan) and plunged to $28. However, since then it has made a recovery toward $34-but whether this is more of a bounce rather than a recovery is a pertinent question.

At the time of writing, trading volume did not really back the recent price rise, indicating that it was indeed a bounce. The Awesome Oscillator showed bearish momentum, but no real strength over the past few hours.

Key levels to watch out for are $34.5 and $36 above it. A rejection would indicate bearish strength, while a flip to support can be used to enter a long position on a retest. 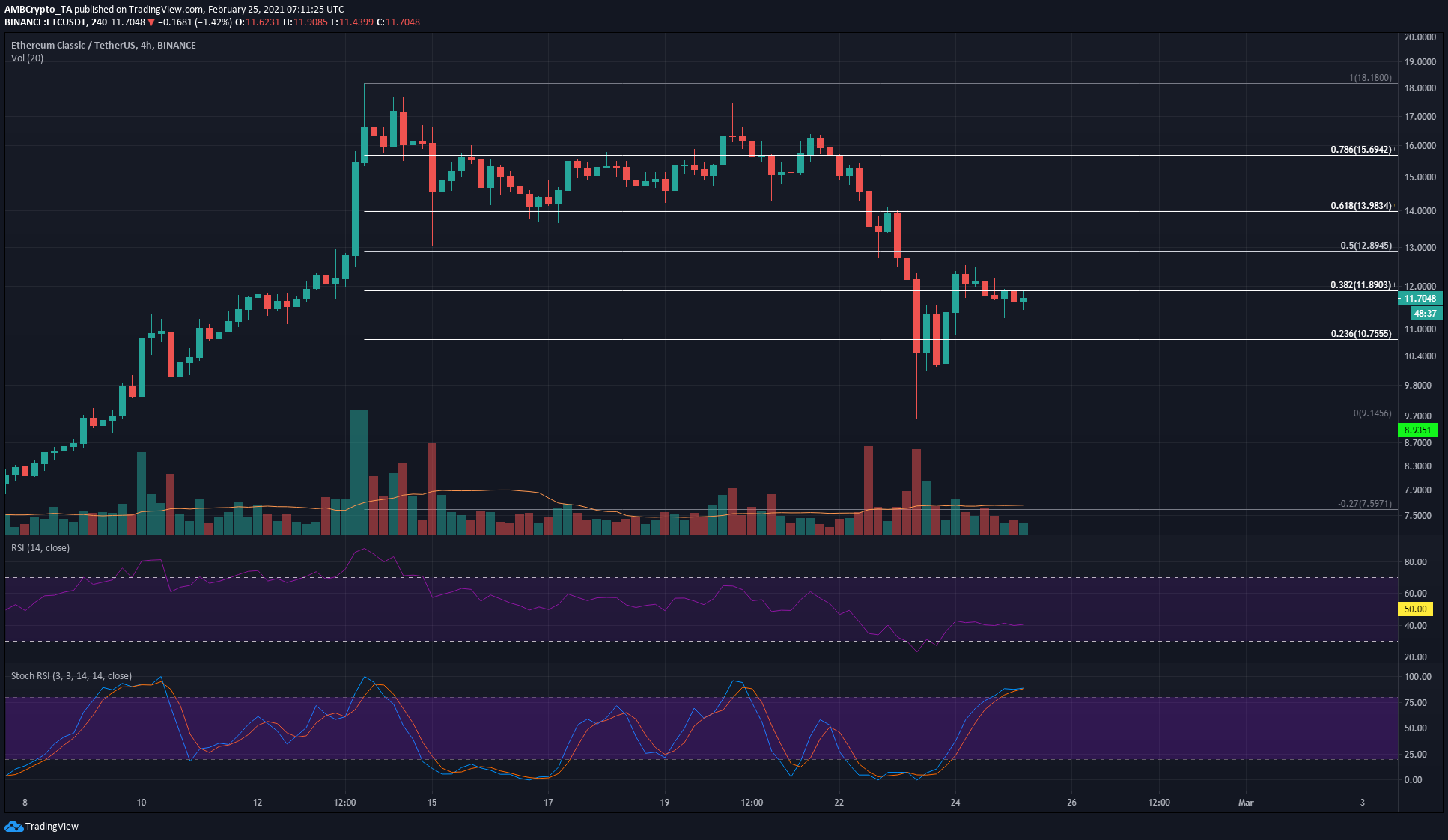 Using the Fibonacci retracement tool for ETC’s drop from $18 to $9, some levels of importance are highlighted. The RSI showed bears were in control of the market over the past couple of days, as the RSI stayed beneath the neutral 50 value.

The Parabolic SAR climbed into overbought territory even as the price slipped beneath the 38.2% retracement level- which was not an encouraging sign for the bulls.

It is likely that ETC would continue to move lower, toward the $10.75 mark once more. 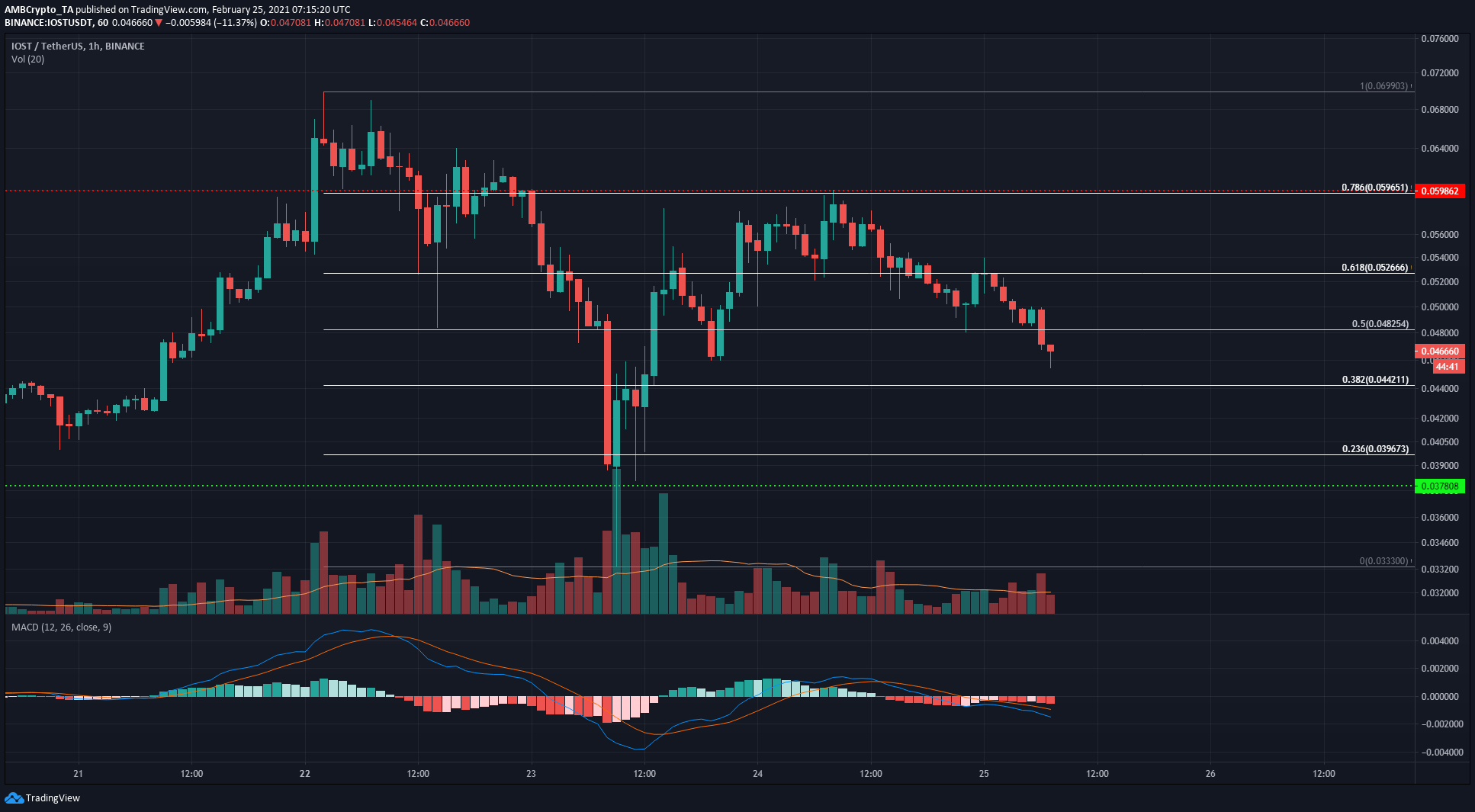 IOST was in a steady short-term decline. It attempted a recovery, on strong trading volume, to $0.059 from the depths of $0.039. However, bears were able to force the price lower once more.

An interesting aspect is a lack of buying strength when IOST began to slip after a rejection at $0.059. This showed that bears were in control. The levels that bulls would try to defend are the $0.044 and $0.039 levels.

A defense of either of these levels over the next couple of days would point toward weakening bearish pressure in the short-term, and another possible recovery back toward $0.059.