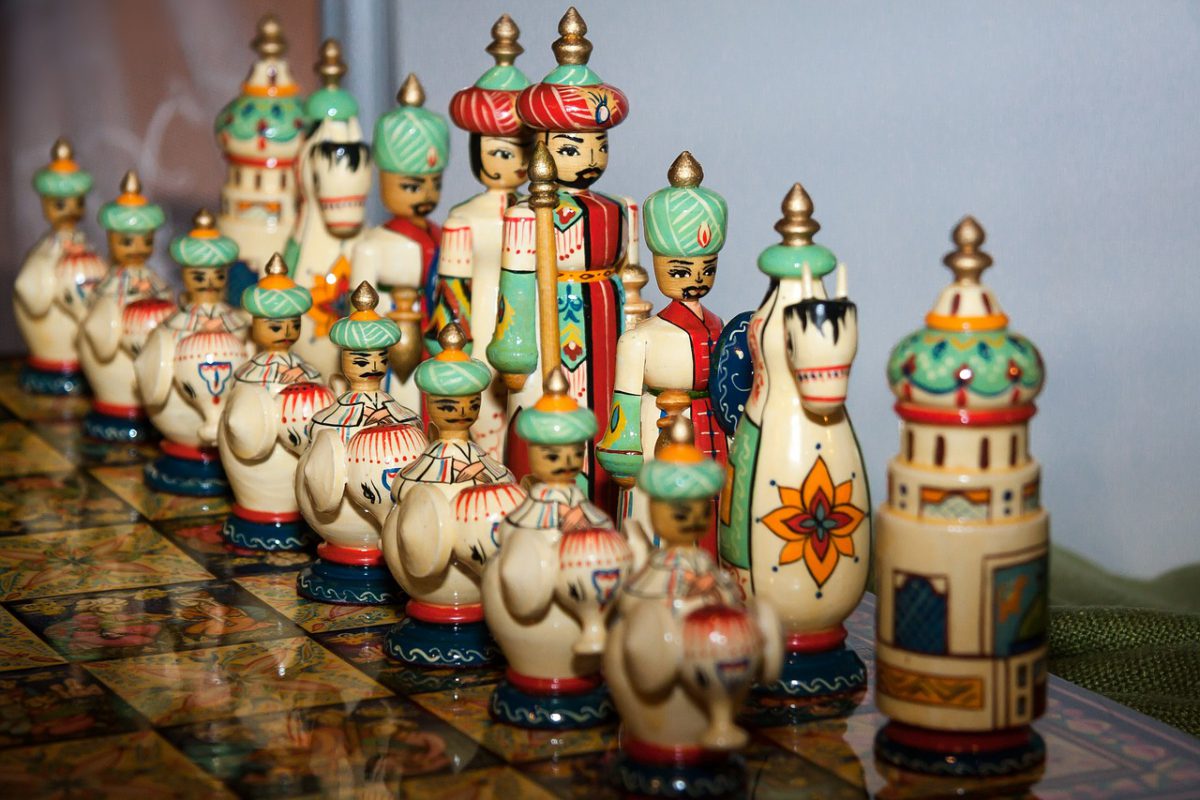 Polkadot showed a bearish divergence in a shorter timeframe and saw a minor dip toward $38. Ontology appeared poised for a strong move upward once more while Bitcoin SV saw a level of support flipped to resistance at $240. 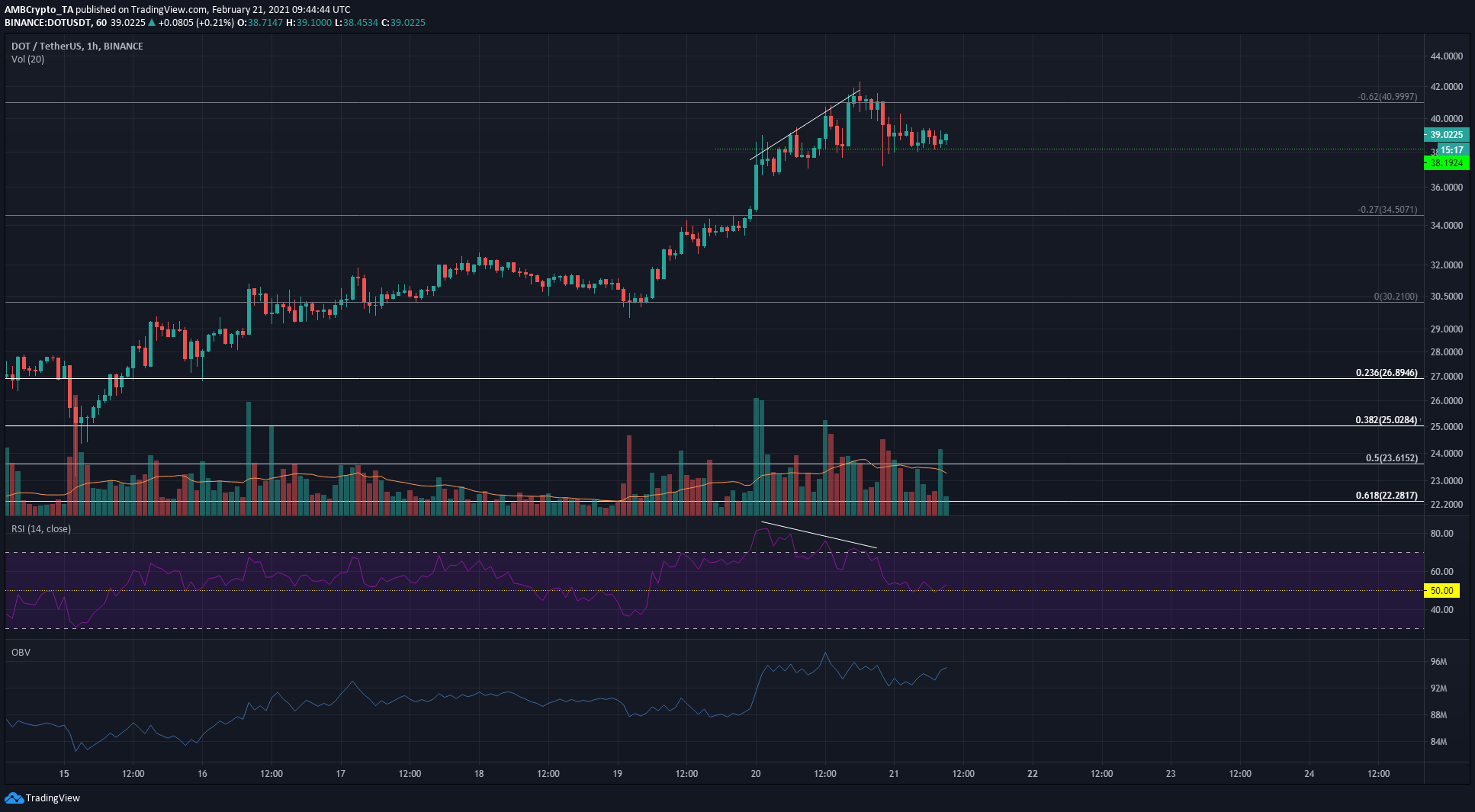 On the 1-hour timeframe, a bearish divergence between price and momentum was seen, and subsequently, DOT faced a correction. This dip was halted at $38.19, and the coin could see further gains again.

The RSI did not move beneath the neutral 50 line to indicate that the upward momentum still held even in the shorter-term time frame. The OBV dipped during the past couple of days but the long-term trend for the OBV is still in favor of the buyers.

Beneath the $38 level, DOT can expect to find support at $34. However, such a drop is unlikely to occur over the next few days. 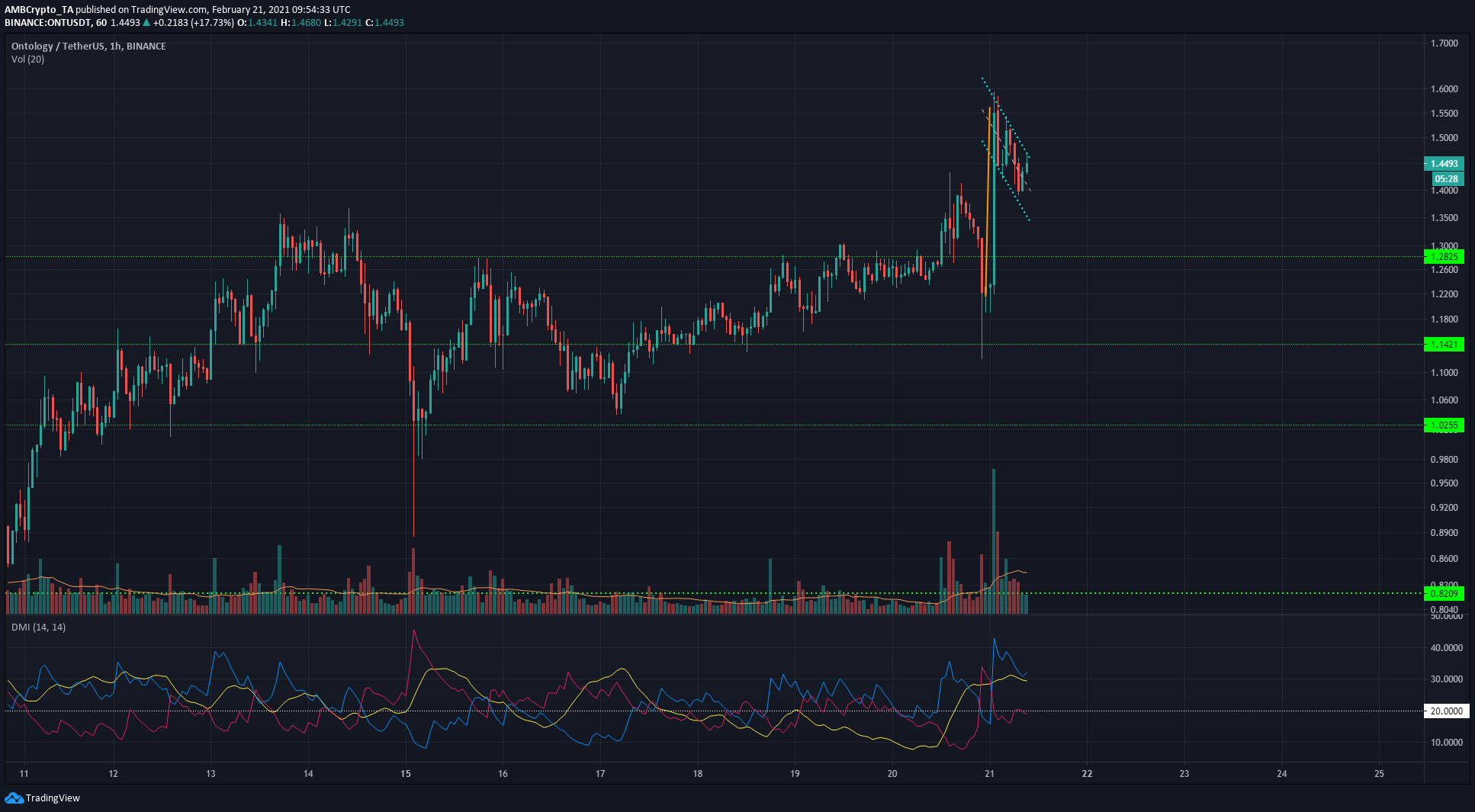 ONT formed a bull flag pattern, with the descending channel (cyan) forming the flag. A breakout from this pattern would set a target of $1.8 for ONT bulls to achieve.

Having said that, the descent of the flag measures almost a third in value of the preceding rise in value- any further losses for ONT beneath $1.38 would likely invalidate the flag set up.

The Directional Movement Index showed a strong uptrend in progress as the ADX (yellow) moved well above the 20 value. 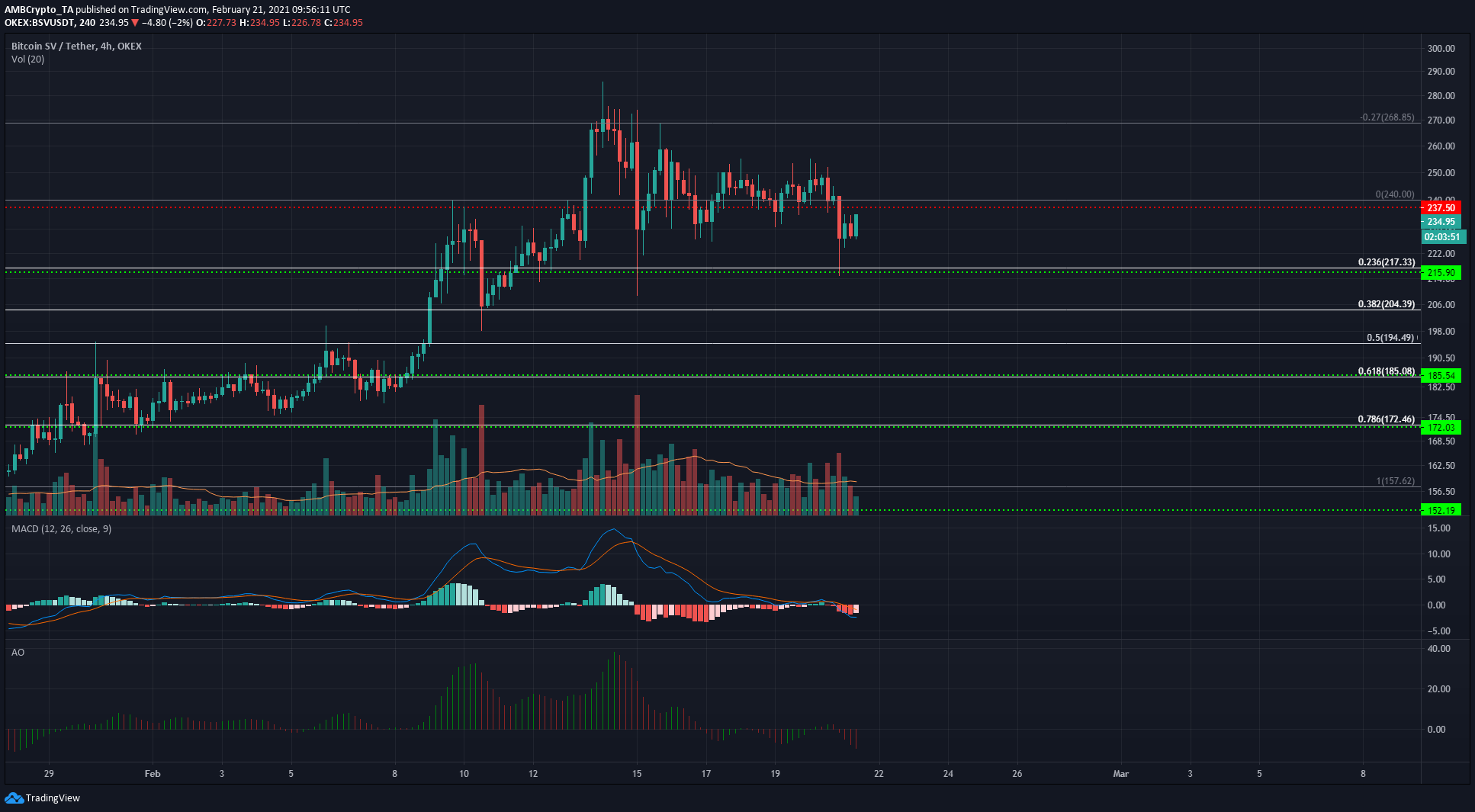 Bitcoin SV faced stern opposition at the $270 price range. Last month, Bitcoin SV had risen above $280 but not past $300. The previous month’s rejection at $300 saw BSV slide to the depths of $160, and this could repeat in the coming weeks.

Over the next few hours, it can be expected that BSV will retest the $237 resistance and move toward $215. Both the Awesome Oscillator and the MACD showed bearish momentum was on the rise.

Longer timeframes also painted a bearish picture for BSV to follow in the coming days.