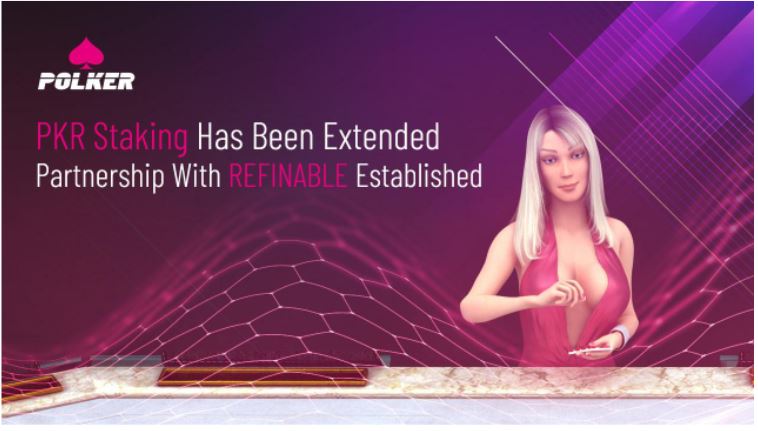 As part of the next phase of their rollout, Polker has announced that they will be adding 1,000 more participants to the early access. Polker previously gave an early access edition of their game to 500 people. Everyone was thrilled to acquire exclusive ‘Beta’ NFTs (500 only), and users were excited to get a sneak peek at the game before the launch rollout began. Now, the Polker team encourages anyone with a Windows PC and good hardware to contact them as soon as feasible if they applied for early access but were not picked at the start.

Furthermore, on March 21st, at 1:00 P.M. UTC, the Polker NFT sale (FCFS) on the GenShards Market came to an end. Every NFT sold is fully functional in the game and contributes to the overall goal of building the project’s ecosystem. Polker also attended the NFT Los Angeles event not too long ago, which was held from March 28th to March 31st, 2022.

Polker began offering everyone the chance to stake their PKR on Ethereum on September 25th, 2021, and on BSC on December 25th, 2021. Polker has now agreed to continue the two staking pools for three more months due to the team’s ongoing growth on early access and the game approaching completion. Polker has also achieved many of the goals listed in the roadmap, having finished four successful Betas and is now in the final development stages.

Also, users who have previously staked their PKR in the Ethereum or Binance Smart Chain (BSC) pools do not need to withdraw or redeposit because the staking contract will be updated on a regular basis and they will continue to acquire PKR coins. In addition, the two staking pools currently possess around 30 million PKR tokens. As of now, Ethereum provides a 29% APY and BSC provides a 19% APY.

Polker is the world’s inaugural blockchain-oriented poker NFT that uses Unreal Engine 4 (the same tool used to create games like Call of Duty and Fortnite) to deliver a genuine gaming experience that is also highly dynamic and interactive in nature. It is founded on a tried-and-true fair methodology and TRNG technology. Polker is also not operating by itself either, having formed alliances with Polygon for its non-fungible tokens, and partnerships with Master Ventures and Chainlink as well. One of the most successful music celebrities of all time, Akon, also gave Polker a shout-out not too long ago.

Polker plans to partner with a number of prominent platforms and be linked with a variety of streaming channels that have sophisticated VR capabilities and stunning 3D characters, aesthetics, and digital environments. Polker has also teamed up with Refinable, and the official Polker NFT marketplace will surely play an important role in its broader ecosystem.

Polker aims to be the first blockchain NFT game with metaverse elements that are fully free to play and include P2E capabilities. Meanwhile, within a year, the business will begin production on new games, with a focus on VR and mobile development in 2022.

Polker has undoubtedly performed admirably so far. There has already been significant progress, and more will be done during the year. Ultimately, Polker is an interesting initiative that looks to captivate the crypto, NFT, metaverse, blockchain, and P2E sector in an innovative and dynamic way.

The value STI token holds in the Seek Tiger ecosystem

Huobi PrimeEarn high-yield Tuesday: Attractive APY of up to 40% for USDT deposits