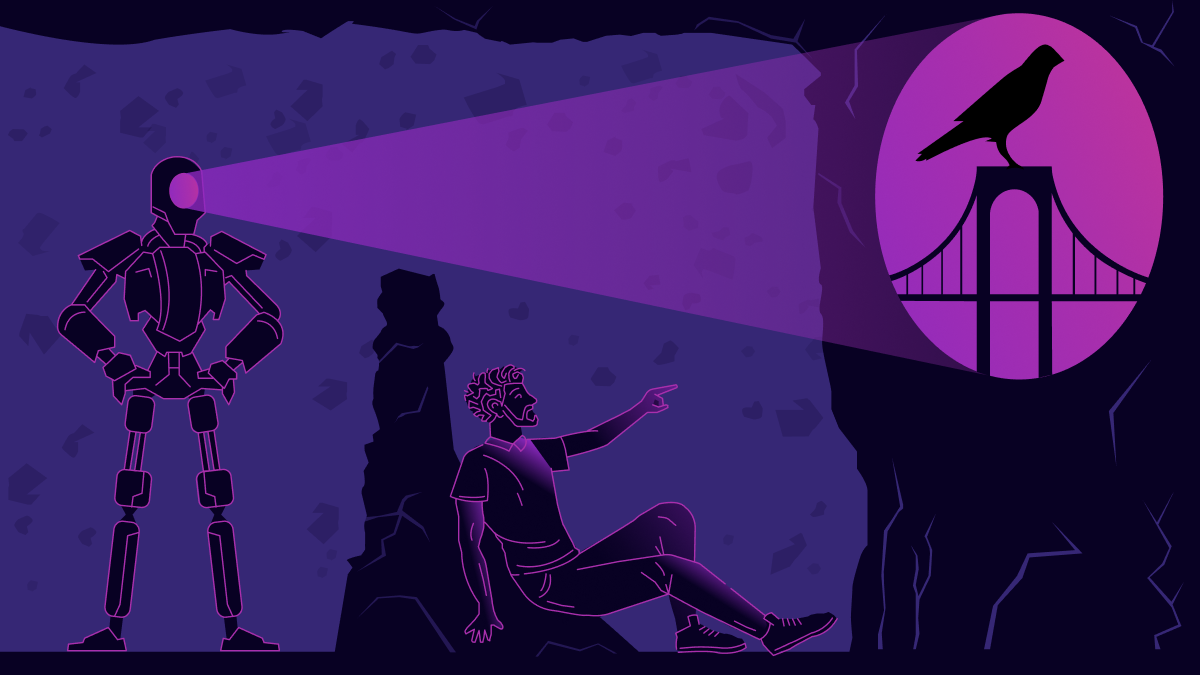 At Pontem, we are bridging financial infrastructure for the billions still unbanked. We believe the metaverse will provide financial opportunities for those previously excluded from the global economy, making the vision of a financially inclusive reality real.

The original vision for the metaverse was originally projected (circa 400 BC) on Plato’s cave where humanity first asked itself the question: is reality real? In Plato’s allegory, we are shackled to the wall of a cave. What we perceived to be “reality” is actually shadows projected onto the wall. Ignorant to the source of these shadows, our functional reality is merely a low definition image of the outside world. Plato unchained himself from the distorted reality by thinking outside of the figuratively cave-shaped box to realize the shadows on the wall were real but not reality. These innovators are able to see the world for what it really is and change it for the better including all those that remained shackled to the wall.

An entire millennium later, Descartes built on this idea by asking himself the proverbial existential question: is a demon controlling my mind? Descartes was perhaps too arrogant to admit to himself that his senses were failing, so he posited that an evil demon was controlling his mind and rendering an illusion of the external world. This created a framework for the mind to be separated entirely from the material world, but as individuals, we still exist as long as we can use our minds because the demon can “never bring it about that I am nothing so long as I think that I am something”. However, unlike Plato, Descarte had no way to find out whether we truly were brains floating in a witch’s brew. The evolution of this theory is best explained by Nick Bostrom’s modern interpretation also prominently promoted by Elon Musk – is reality a simulation?

The next leap in humans’ imagination of reality was the advent of the digital metaverse. The metaverse as a metaphysical place to convene, imagined by Neal Stephenson in his original grunge internet dystopian novel Snow Crash, is a function of the brain as hardware running reality as an operating system. In this world, firmware like language and religion can spread like viral drugs hijacking our neurochemistry to control the collective consciousness in a reality that blends bytes with atoms through a VR headset.

Satoshi’s Vision for the Metaverse

Up to this point, the Orwellian philosophers of the metaverse have been warning us of a dystopian future in which humanity’s imperfections are magnified on 4k screens attached to our heads governed by authoritarian governments and corporations that lock us into silos from each other to control our interactions. Although in the eyes of hard-core determinists like Sam Harris, this future is only certain, we can try to build a better version. What if we can build a metaverse where our value as digitally connected individuals is independent of the governments and corporations we coexist with physically? A metaverse where this value can be freely traded at the speed of light. A metaverse where we can build economies of real monetary value around our passionate creations. A metaverse that is founded on the principles of Satoshi’s vision of open, decentralized, and immutable value.

The first two layers of the technical stack for the metaverse have been in development for several decades as a profitable endeavor. At the base, hardware like phones and headsets are merging digital with the physical world through Augmented Reality (AR).

On top of the hardware, social clubs facilitated by the software are gathering regionally on Facebook, Wechat (tencent), Twitter, Discord, Telegram, etc… Facebook’s vertical integration of this tech stack through the acquisition of Oculus is a testament to this strategy. The last layer now being built is financial infrastructure. Blockchains for transferring value across the metaverse will be necessary to balance the power of sovereign individuals against the corporate and government silos authoritatively governing Neal Stephenson’s dystopian reality.

We don’t have to trust at face value the moral compass of the corporations and governments that inevitably have oversight over development of the investments they are making in the metaverse.

With 3.2 billion users, 2.8 billion of them active, Facebook continues to dominate the social network market. The trillionaire company brought in $86 billion in revenue in 2020 with strong double-digit growth year over year since IPO. At this rate, outside of China, Facebook is set to conquer the internet as the social fabric for convening users, whether it is on Instagram, Whatsapp, or in virtual boardrooms on Oculus.

Facebook enables people and organizations to share, congregate, chat, game, and more in a seamlessly integrated user experience across applications. With billions invested into AR & VR, this will soon extend beyond the phones in our hands. CEO and founder Mark Zuckerberg has said his vision is to “effectively transition from people seeing us as primarily being a social media company to being a metaverse company.”

Although we’re not yet living inside of Mark’s head, we can speculate that his vision for a connected metaverse is in alignment with the vision for financial inclusion set forth by David Marcus, who leads Novi, Facebook’s crypto wallet among other financial products. Even though Facebook already processes $100B in payments David believes that a protocol for money will “fix our broken payment system.” A payment system, which if unified globally would enable the billions of Facebook users, many of them presumably unbanked, to connect with each other and exchange the value that they bring to the metaverse through creative outputs like engaging content and game development that can now be economically sustained by a global audience.

The protocol for money first developed by Bitcoin has the potential to radically transform underserved communities around the world that now more than likely have access to the metaverse through a smartphone but are still nonetheless disconnected from simple financial services like loans and yield bearing accounts, even though these services have existed for hundreds of years. However, Bitcoin and other cryptocurrencies have several limitations to scalability, security, flexibility, and regulatory compliance which have hindered mainstream adoption so far. To address these issues, Facebook seeded the cryptocurrency Libra project, later renamed Diem.

Diem is a financial infrastructure developed to sustain the billions of people on the Facebook metaverse. By sacrificing some decentralization in favor of security and scalability on the blockchain scalability tradeoff trilema posited by Vitalik Buterin, the Diem Association, made up of 27+ organizations such as Lyft, Uber, Coinbase, A16z, and Shopify, can effectively run a permissioned blockchain with regulatory compliance and economic controls that enables billions of people to reap the benefits of cryptocurrency.

The Diem Blockchain is built on the Move open source language, which was purpose-built for blockchains using the popular Rust language that is rapidly replacing C++ as the industry standard in system-level languages. The move is built with safety measures in place to avoid pitfalls inherent in other blockchain languages such as Solidity. With an architecture for smart contracts, similar to object-oriented programming, it is also flexible enough to abstract away complex logic into composable building blocks.

However, there will be a high barrier to entry for many established cryptocurrency projects looking to navigate the complexities of international regulatory compliance required to build and operate an application on the Diem Blockchain.

We believe that large organizations with billions of users like Facebook using cryptocurrency on the metaverse will bank the unbanked. However, the complexity of the backend infrastructure and processes required to connect the existing decentralized metaverse running on permissionless blockchains to the new permissioned environment of the Diem Blockchain should be abstracted. This allows product teams innovating on the metaverse to simply build and maintain their applications with minimal effort, focusing on what we believe is the greatest barrier to crypto adoption: user experience.

This is why we are building Pontem – the experimentation platform for Facebook-backed Diem. A decentralized protocol and easy-to-use frameworks for building regulatory compliant applications that are interoperable across permissioned and permissionless blockchains. We believe our vision for a unified financial layer for the metaverse will bridge the gap for the financial inclusion of billions still unbanked. Our vision is to give people choice, freedom, and power over their reality. 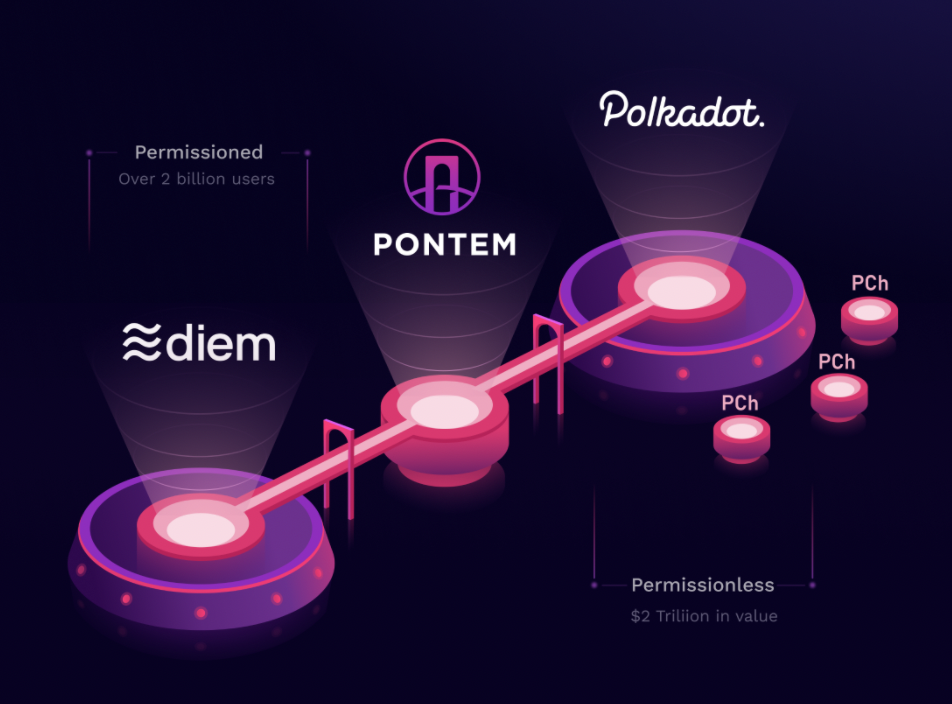 Elon-inspired token, DOE jumps by 600% within 48 hours of going live, to trust or not to trust