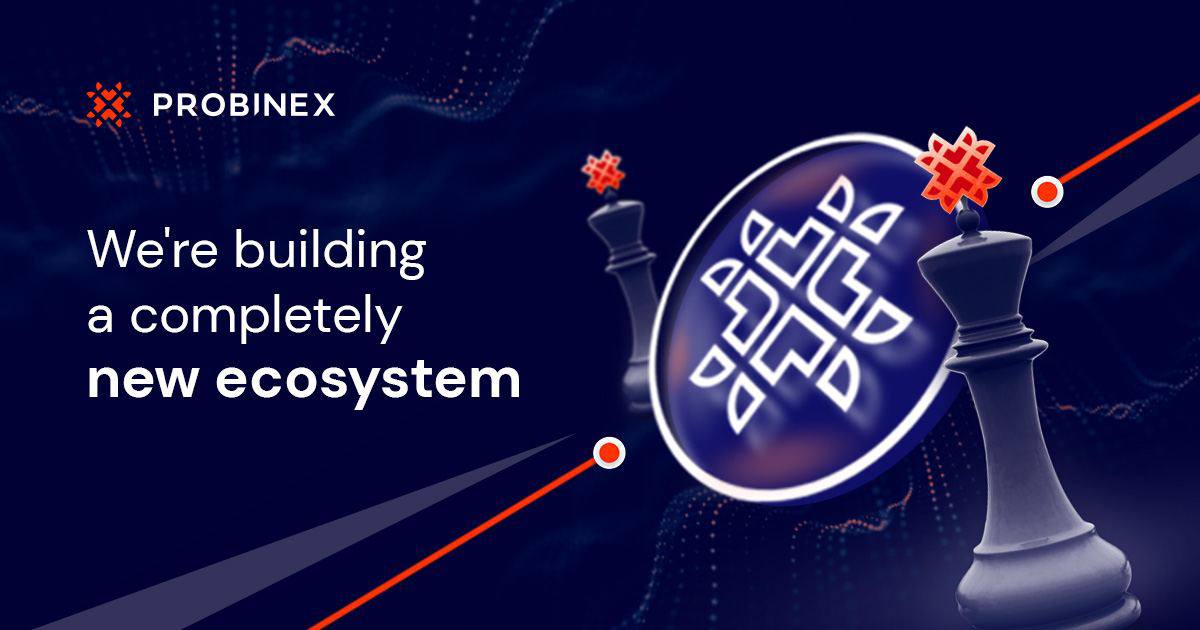 A native utility token, staking program, crypto-friendly e-wallet, an audited platform for a broader public, and eventually, a 24/7 exchange combining traditional assets with cryptocurrencies. Probinex is an ambitious project that aims to build a bridge between the world of traditional finance, fintech, and crypto. It aims to offer access to cryptocurrencies in a centralized and regulated environment allowing more institutions, retail traders, and even the general public to safely and legally partake in this endeavor.

The story of Probinex began with the initial token sale of native PBX tokens that generated over $17,6 million. Recently, the offer of products has been enriched by the StayKing program allowing PBX holders to get monthly shares of Probinex’s portfolio management, which has achieved long-term profitability despite the deep bear market. Soon, holders of PBX in the StayKing program will be able to benefit from other products from the kitchen of Probinex.

The blood and soul of all Probinex projects is its native PBX token that provides its holders with several utilities. PBX token was emitted in 2021 in a limited number of 1 billion coins with 550 million allocated for the initial token sale. The token sale quickly spread all allocated PBX being sold in only 11 months with a value equal to $17.6 million

Currently, the token is available on Probit and Pancake Swap allowing crypto users to get it via both centralized and decentralized exchange. Each month, Probinex buys back PBX from the market to avoid the need of minting new tokens and not to give inflation a chance.

PBX token holders have the unique opportunity to enter the premium program to get their share of the overall success of the Probinex project. The token can be staked for a period from 1 to 10 years while the owners of the staked token receive monthly rewards derived from the results of the portfolio management and the earnings from other products, such as Earnio, pbxpay, and eventually, the Probinex exchange.

The value of rewards depends on the length of the StayKing program that generates the coefficient of shares. The longer the token is staked, the higher the monthly reward. For instance – if the overall Probinex project generates monthly revenue of $1 million, the company buys back PBX in this value and distributes it across PBX holders in the StayKing program according to the length and distribution of their particular program. Currently, more than 410 million PBX are staked while the portfolio management generated over 7% revenue for their owners during the past four months. 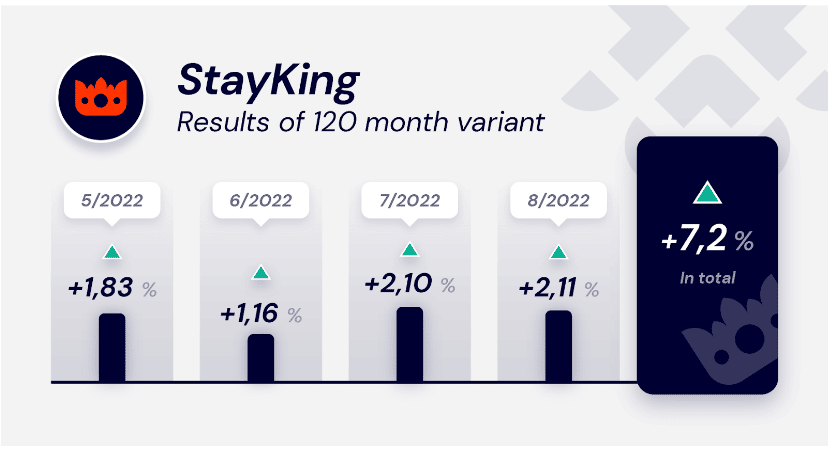 pbxpay – Your money is finally yours

To facilitate the financial activities of its users, Probinex has created its native e-wallet that is crypto-friendly and doesn’t pose any redundant limits on its users. The e-wallet complies with the EMI regulation and provides its users with a unique IBAN making it the most up-to-date financial tool for crypto enthusiasts allowing fast and easy international payments.

What’s more, with PBX locked in the StayKing program, users can get special discounts and other advantages in pbxpay, as well as their fair share of the overall performance of the product.

Earnio – Gateway to the world of crypto

Cryptocurrencies are becoming more and more adopted by the broader public. However, many people often hesitate about whether to take the risk of entering such an extremely volatile market.

That’s where Earnio steps in. It’s an audited platform that allows users to profit from the potential of cryptocurrencies without the need of watching the market closely every day. The users can simply deposit funds to their account and Probinex’s skilled traders and authentic algorithms will do their best to increase its value over time. Earnio users benefit from the share of Probinex trading every month without any unnecessary fees. What’s more, owners of PBX in StayKing get special discounts and benefits when using Earnio as well.

An exchange that doesn’t sleep

Probinex echange is the ultimate goal and flagship-to-be of the entire project fleet. Trading crypto, Fiat, or other assets anywhere, anytime, there are no limits to the traditional financial world. The 24/7 operation will finally give everyone the freedom they deserve.

In addition to a completely new financial system, holders of PBX in the StayKing program will get their share from the overall activities of Probinex, including the revenue coming from the native exchange, as well as discounts on fees and other utilities.

Step by step on the road map

While Probinex is a relatively new project, it’s managed to carve its stains to the world of crypto in a significant way. The launch of the project was linked to the token sale of PBX that took place in 2011. All 550 million PBX allocated for the token sale were sold over 11 months generating revenue of $17.6 million.

As of the start of 2022, PBX was successfully listed to ProBit, CoinMarketCap, and Coingecko. In the second quarter of 2022, the StayKing program was launched and currently, there are over 410 million PBX tokens staked in the program.

Two important products are now in the final stage of their development – crypto-friendly e-wallet pbxpay providing its users with IBAN enabling fast and easy international payments without redundant limits, and the Earnio platform that will serve users as a gateway to the world of crypto.