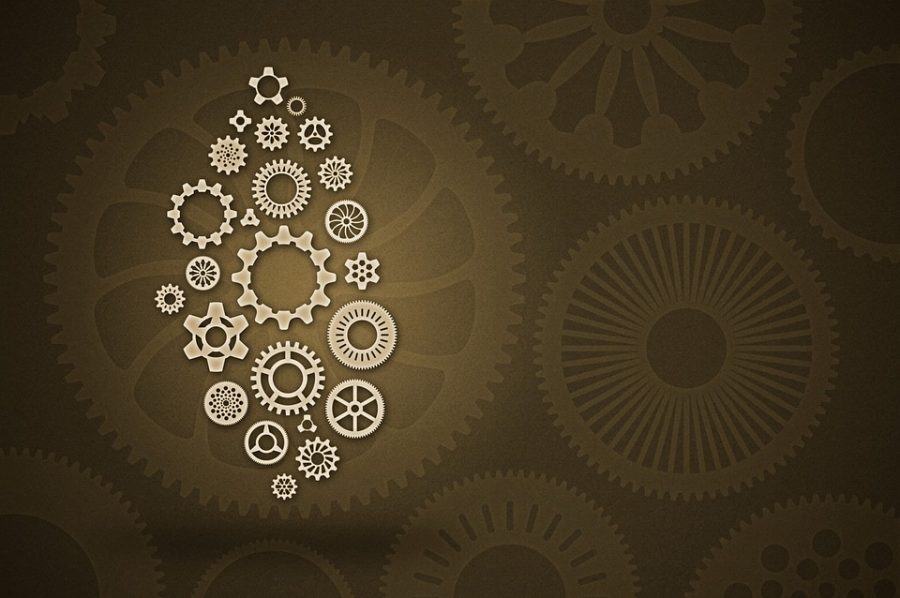 The history of open-source community initiatives reveals just how powerful they are. The Linux Foundation has achieved some incredible feats over the course of its existence, the Internet was founded on community-driven open protocols, and cryptocurrencies are supplemented by open-source communities of developers and other professionals.

For context on the scale of how popular open-source development has become, all you need is to look at Github’s 2018 ‘The State of the Octoverse’ report.

Couple the power of open-source communities with a novel technology [e.g., cryptocurrencies] and social platforms for code versioning [i.e., Github], and you get the vast potential to redefine the financial system. To many observers, analysts, and financial professionals – such potential cannot be overlooked.

Nicholas Merten, the founder of DataDash and Project Genesis, views the rise of cryptocurrencies as an unprecedented opportunity to redefine conventional notions of finance. Merten said,

“In the 21st century, we live in a global economy where central banks continue to mismanage monetary policy, nearly two billion people don’t have access to financial services, and savers don’t see the majority of the profits made from their savings being lent out.”

“With the development of cryptocurrencies and blockchain technology, we have the opportunity to rethink how our financial system works completely, and progress towards fixing these issues.”

The goal is to increase cryptocurrency adoption and build the open-source infrastructure necessary to facilitate a decentralized and open framework for finance.

The project lays out several initial proposals including ledger analysis, cooperative addresses, and P2P lending pools, but is more tailored towards fostering the type of community that can propel crypto adoption forward. Just like how the Linux Foundation launched a generation of open-source software, Project Genesis is seeking to become the open framework for promoting further adoption of cryptocurrencies – this time via economic incentives for users and building new financial infrastructure to expand capital to unbanked economies.

“Our objective is to build upon the foundation that exists today to increase global adoption and build a decentralized financial system for the entire world.”

Merten’s ongoing work with DataDash has positioned him uniquely among cryptocurrency analysts, particularly concerning his vast audience. He’s a skeptic of modern finance, a sentiment that many of his followers share, but realizes that significant work is still needed for cryptocurrencies to challenge the contemporary financial archetype.

“For crypto to emerge as a currency market, we have to build lending functionality. If you provide a competitive, censorship-resistant, and transparent banking system, the unbanked will use crypto.”

Project Genesis will join a growing ecosystem of open-source frameworks and initiatives at the edge of finance and blockchain-related innovation. Open finance is on the rise, and everything from micropayment infrastructure to prediction markets is being explored with cryptocurrencies.

Together, these projects can form a mutually beneficial relationship of collaboration and experimentation that history has proven time and again is a successful formula for fostering hotbeds of innovation.

With some original proposals already available on its whitepaper, Merten and Project Genesis are seeking contributions from the broader community as they push forward with building a framework for open finance.

At its core, Project Genesis proposes to create community-driven solutions to incentivizing users of cryptocurrencies. Its initial proposals include ledger analysis, cooperative addresses, and P2P pools, all of which can benefit the adoption of cryptocurrencies.

People need incentives to transition to using a new form of money, not just awareness of its existence. Miners and validators in cryptocurrency networks are rewarded for helping to secure the network, but users are largely left to self-determination in deciding on the legitimacy of cryptocurrencies. Ledger analysis is one of the methods that Project Genesis and Merten think can help spur more adoption.

“Ledger analysis is a method of scanning a public ledger and rewarding users for a specific behavior, without the need to know their identity or their reasoning for conducting such activity.”

The concept is based on evaluating economically beneficial transactions for the network, then providing rewards [i.e., a ‘cash back’ system] for users. Such a system would be flexible for each cryptocurrency network, such as the UTXO design of Bitcoin or account-based model of Ethereum.

Another proposal of Merten’s, P2P lending pools, is already gaining traction with cryptocurrencies amid the rise in open financial tools. He said,

“We can guarantee access to capital across the world and the opportunity for users to potentially grow their own savings from the interest accrued on their loans,”

P2P lending pools are rapidly gaining momentum with the emerging narrative of open finance, and democratizing access to credit structures for the billions of unbanked and financially underserved people is a crucial step in onboarding more cryptocurrency users. P2P lending pools are in their early stages now, but the eventual adoption of Schnorr signatures and more complex P2SH technology such as MAST can help legacy cryptocurrencies like Bitcoin achieve a much more complex and familiar credit system to legacy financial institutions.

“Over time, a single individual or small team may build a vastly more intelligent and cost-efficient means of determining credit-worthy participants than the archaic systems of the past, which will inevitably allow for smarter lending, as well as more profits going back to the creditors, thus creating true competition for traditional bankers.”

Finally, the last core proposal of Project Genesis centers on an optimized version of DAOs, known as ‘cooperative addresses.’ Think digital organizations with an explicit focus on managing treasury funds for entities such as a community-owned bank.

“If implemented, companies would be able to implement multi-sig requirements on withdrawals, rank certain addresses with more access to capital, establish limits on the amount of funds being transferred in a given window of time, and much more, all directly on-chain.”

Cooperative addresses can even lead to ‘ecosystems,’ where capital pools of vast groups can come together digitally upon an agreed set of parameters for allocating sizeable investment funds.

The proposals of Project Genesis are aimed at bringing more economic activity onto blockchains. Users want incentives and are inclined to research them when they’re available. Mainstream adoption of cryptocurrencies like Bitcoin requires that it play a more prominent role in e-commerce, investing, and financial credit instruments.

Merten does not view Project Genesis as the one-off solution to furthering cryptocurrency adoption either. The project is designed with a sustainable long-term vision, to produce and strengthen the infrastructure for cryptocurrencies to reach their full potential. Merten said,

“Project Genesis provides a profound opportunity to revolutionize how we incentivize participants and conduct financial transactions. With these properties, cryptocurrency can become the fifth major evolution of money.”

Next month UNCHAIN Convention 2019 will set up a get-together with state of the art crypto voices again, amongst others Tone Vays and Brock Pierce