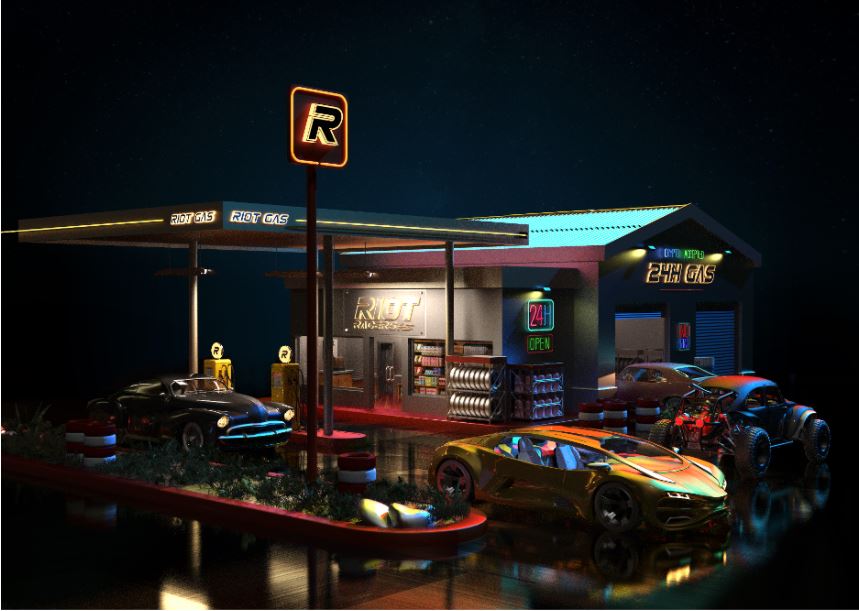 The gaming industry has grown exponentially in the past few years, and the play-to-earn gaming model is leading the way with an innovative approach that puts the gamer in the driver’s seat.

Play-to-earn is a relatively newer concept that allows players to own part of the game, earn cryptocurrency-backed tokens by playing, and later trade or exchange earned tokens for fiat on cryptocurrency exchanges.

While the play-to-earn gaming industry has seen steady growth recently, many of the games have become too expensive to start playing, with the cost to play often being in the hundreds and thousands of dollars.

However, an exciting new car racing game, Riot Racers, aims to solve this problem by providing opportunities for gamers to buy a racecar for as low as $25.

What is Riot Racers?

Riot Racers is a new play-to-earn gaming platform where users buy cars and race one another to compete for rewards. Players can own cars, gas stations, racetrack land, billboard land, car upgrades, and mechanic shops—all in the form of NFTs on the Polygon blockchain.

The Riot Racers platform creates an engaging gaming experience that combines user-friendly and accessible gameplay for beginners with advanced customizations and strategies for more experienced players.

Racing on the Platform

After buying their cars, players can level up their vehicles by upgrading the engines, tires, and other parts. Cars start out in the rookie class and move up in classes by gaining XP, which racers earn from entering races (1 XP for each race in which they complete).

By leveling up, players not only increase the value of their cars, but they also increase their chances of winning races.

Riot Racers players buy gas to enter races from the game’s Gas Stations, which are some of the rarest assets in the game, with only 20 available to start. Players who own these gas stations get a portion from the fuel that is purchased.

The total gas bought by all players in a race forms the reward pool. After the race, the winner gets 50% of the pool, while second and third place winners get one-half of the remaining pool. All the players are rewarded in RIOT tokens.

Before entering a race, players are made aware of the race conditions and can select from various equipment and strategy options to optimize their chances of winning.

Gameplay takes place in the background, and while there is a weighted, randomized algorithm to insert an element of chance into the outcomes, a majority of the results will be based on a user’s choices in vehicle class, upgrades, and their race strategies.

The owners of racetrack lands earn rewards every time a race happens, and the earnings are divided proportionately between them.

Once a user purchases a piece of land, they become a Land Baron in the game, and if their car crashes during a race, they are able to skip the 6-hour repair time after each race.

The Billboard Lands around the track provides users with an innovative way to advertise to racers during the course of the game. When players go to enter a race, they will see the billboard ads placed by the Billboard Landowners.

Owners of Billboard Land are also designated Land Barons, and they can choose to rent out their ad space to other users or place their own ads on the space.

Mechanic shops are the second rarest asset in the game, and owners get to earn a part of the upgrades that are purchased at their shop, in addition to becoming Land Barons. To give each shop owner an equal share of the upgrades purchased, a round-robin method will be applied when users go to upgrade their vehicles.

The Riot Token and Its Tokenomics

$RIOT is the native token of the Riot Racers platform and players can use it to buy game assets, enter races, participate in the Council of Racers, and get rewards for staking. To minimize price fluctuations, the prices in the game are quoted in USD. This also allows users to focus on the game entirely instead of worrying about cryptocurrency price fluctuations.

The $RIOT tokens have a maximum limit of 250,000,000 tokens and are a fungible ERC-721 token that has been made with the intent to be used as a utility governance token, and therefore none of it has been allocated for investors. In fact, the token has been designed to flow in and out of the game and the community.

The Council of Racers

All racers have a stake in the game through the Council of Racers, which gives players a chance to take part in the decision-making and operations of the Riot Racers platform.

Users can choose to vote on proposals, gameplay changes, and new additions to the platform. All users of the $RIOT token are eligible to vote. Every proposal requires an 80% majority to pass to make sure continuity is ensured in early game operations, however, this high of a majority may be changed later as the Council or Racers matures in size.

Riot Racers is set to transform the play-to-earn gaming space with a user-centric and accessible approach to game ownership and participation, along with an innovative and engaging approach to gameplay for all users.

The Riot Racers platform provides endless opportunities to its users and aims to become a pioneer in the play-to-earn crypto-gaming industry.

Bitcoin & Ethereum: which asset will cross this benchmark first in the next 2 weeks

How profitable is Ethereum in the current market