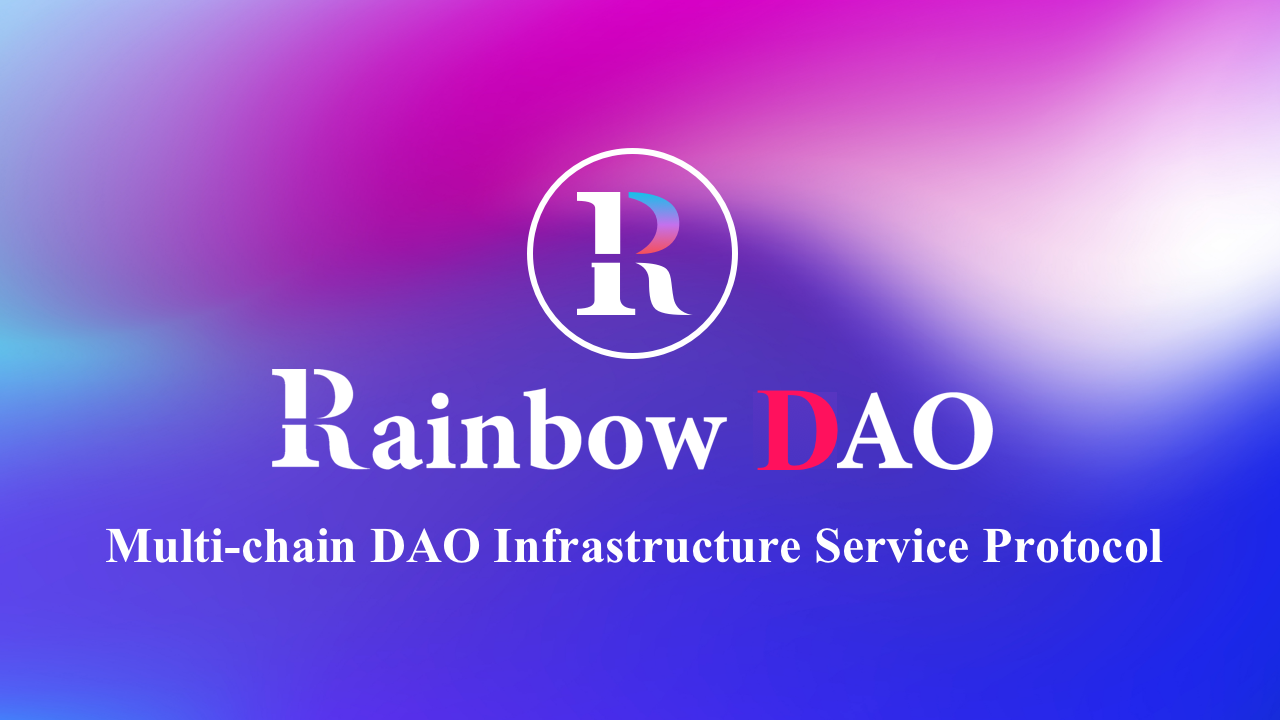 Rainbowcity Foundation announced that its multi-chain DAO infrastructure project, RainbowDAO Protocol, won the champion of DAO tool track in the Metathon competition. This is the fourth outstanding result achieved by RainbowDAO Protocol in two months. This fully proves the acceptance of RainbowDAO protocol by the crypto world. At the same time, based on such excellent results, RainbowDAO Protocol is expected to officially launch the first round of institutional financing in March 2022.

In the 12th round of grant donation activity of Gitcoin from December 1st to December 16th, RainbowDAO protocol received donations from 5,000 supporters around the world, and obtained the highest matching amount, which is one of the most popular projects of Grant12 ;

In the 2021 DAO Global Hackathon, which ended at the end of December and hosted by Aragon and Gitcoin, RainbowDAO Protocol submitted four sub-projects for the competition. Among them, RainbowDAO Factory won the group championship, DAO NFT Bank won the second runner-up in the group, and DAO Multi-Signature Committee won third place. There are a total of 12 awards in this competition, and RainbowDAO team won 3, becoming the biggest winner of this competition;

At the same time, RainbowDAO protocol has received a grant of $48,000 from the Polkadot web3 foundation. At present, the team has completed the submission of the first milestone and is now improving the code for the second milestone. This is also an important beginning for RainbowDAO project to integrate into the Polkadot ecosystem;

In the just-concluded Metaverse Hackathon, RainbowDAO Protocol once again won the championship in the DAO tool track, becoming one of the most-watched projects in the entire competition. This also fully represents the encryption world’s full recognition of RainbowDAO protocol.

Interested crypto investment institutions can communicate by email first to initially discuss cooperation intentions. The specific and detailed policies will be officially announced in March 2022.

RainbowDAO Protocol is a multi-chain DAO infrastructure service protocol, focusing on the creation of web3 basic components. Anyone can create and manage their own DAO organization through RainbowDAO Protocol, including independent DAO, alliance DAO, parent DAO, and child DAO. Any DAO can also create a management department within the DAO to achieve multi-level management of the organization.

There are two versions of RainbowDAO Protocol, Solidity version on EVM and Ink! version on WASM. The Solidity version is mainly deployed on Ethereum, BSC, near, Polygon, Avalanche, Fantom, and various L2 networks; the Ink! version is mainly deployed on the parallel chains on the Polkadot and Kusama relay chains, as well as other blockchains developed with the substrate framework.

Rainbowcity Foundation is a non-profit foundation initiated and founded by Mr. Kunyuan. Headquartered in Singapore, Asia.It mainly engages in the incubation and investment of the crypto ecosystem. Mr. Kunyuan himself is a loyal fan of Bitcoin and a believer of Satoshi Nakamoto, dedicated to the spread of Satoshi Nakamoto’s decentralized ideas.

He once put forward the concept of “Bit Civilization” for the first time in the world in July 2021 at the Bitcointalk Forum established by Satoshi Nakamoto , and wrote more than 60 articles to popularize the idea of Bitcoin, hoping to promote the development of the encryption industry worldwide and practice the true Bitcoin spirit.

Mr. Kunyuan believes that in the crypto world, human civilization will have an unprecedented super economy in the future. It is constructed in the form of a decentralized protocol, which puts different and decentralized economic behaviors into a unified economy, and truly becomes the infrastructure of human civilization in the future. The Rainbowcity Foundation was established under this background.

The Rainbowcity Foundation plans to invest in 7 major areas in the next ten years, including Rainbow DeFi, Rainbow Investment, Rainbow Culture, Rainbow Network, Rainbow Industry, Rainbow Education and Rainbow R&D. Strive to become a super economy with a market value of one trillion US dollars. The RainbowDAO Protocol is the first project launched by the Rainbowcity Foundation to build the infrastructure of the DAO ecosystem and contribute our wisdom and strength to the development of the global DAO career.

During the judging process, each judge has graded ten final projects based on six criteria including potential impact, functionality, novelty, mass usability, design, and technical complexity. Each project was graded by at least five judges and the top three projects for each track were selected based on the average score.

What is Metaverse Alliance？

Metaverse Alliance is a team of Metaverse enthusiasts and blockchain believers. They are on an adventure to explore the infinite possibilities of the Metaverse, and they seek to bring all enthusiasts together. They want to support promising Metaverse projects even if the idea is yet to fully take shape.