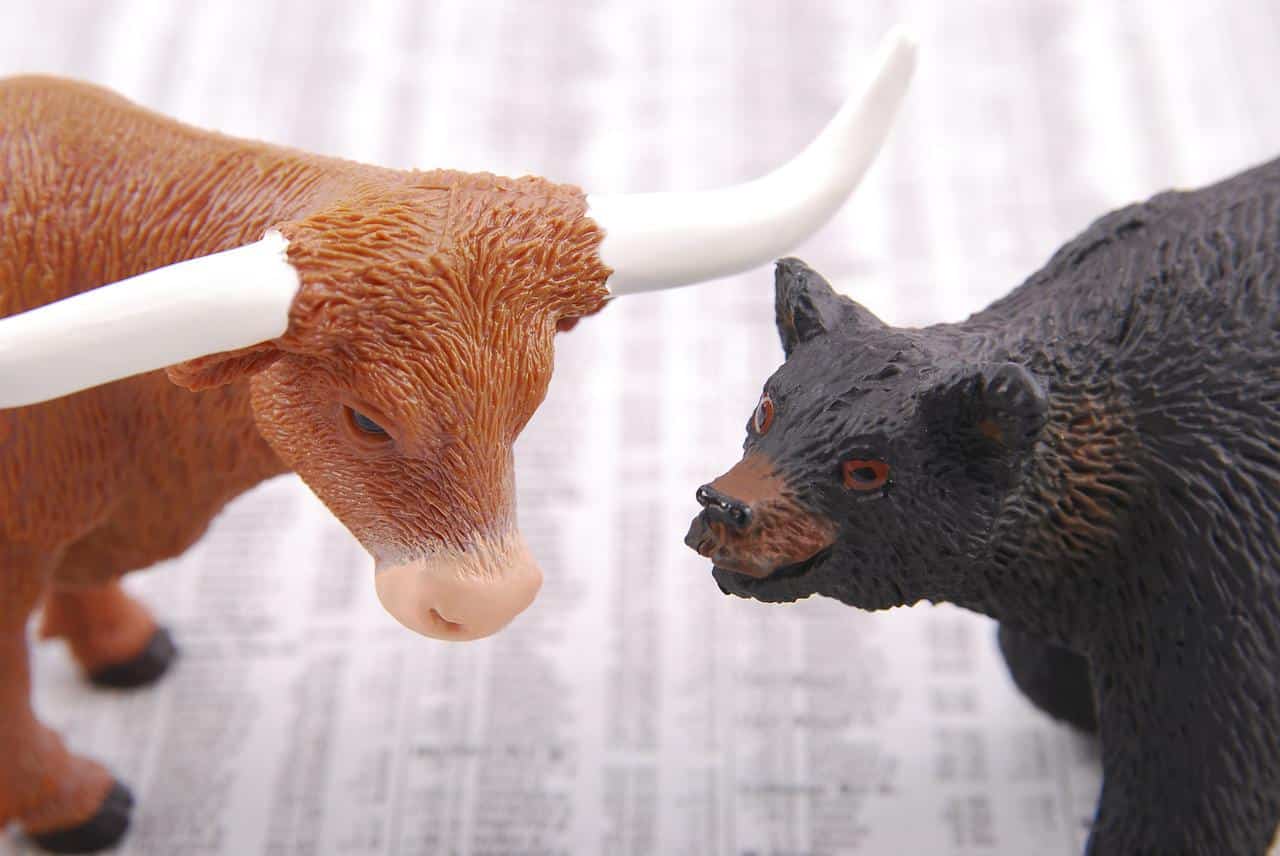 Polkadot’s native cryptocurrency DOT established a support line near the $6.40 price level after bottoming out in June. It also retested this support level multiple times in the last few weeks. Another retest occurred this week but this time the same support line showed signs of weakness.

DOT dipped as low as $6.26% on 12 July after breaking through the support line. This is courtesy of the bearish conditions that have prevailed since the start of this week.

This outcome reflects the lack of enough buying pressure amid increased concerns of another potential crash. However, DOT managed to regain some upside, after achieving a new 2022 low at $6.22. 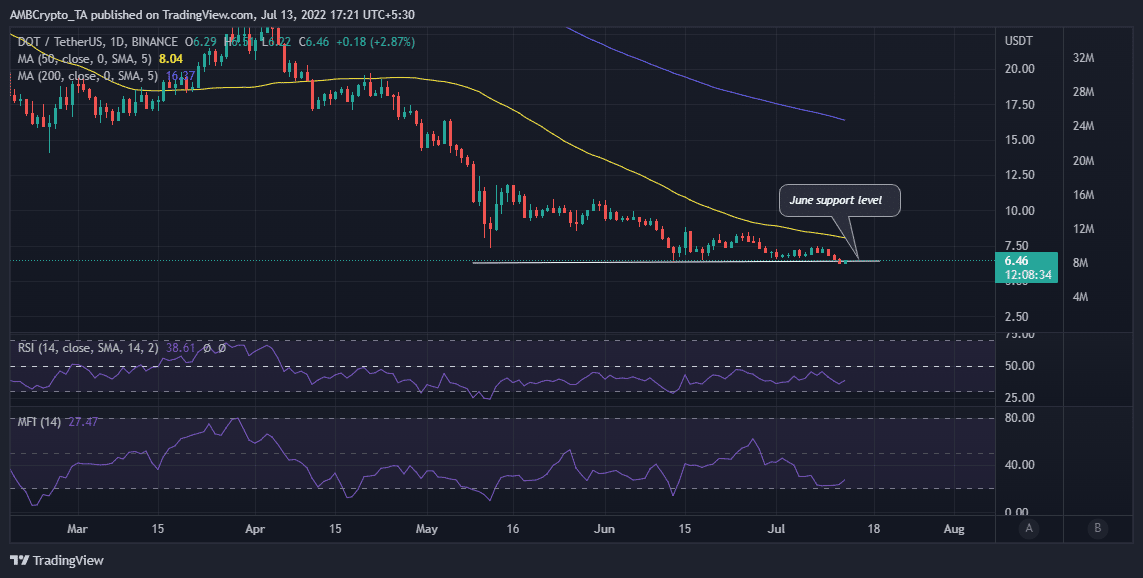 Not out of the woods yet?

Despite its slight upside in the last 24 hours, the fact that DOT broke through the June support might be a sign of more potential downside. This is because the support weakness is a sign that more investors are unwilling to buy, at that price level, hence the lower demand. DOT enthusiasts might be waiting for the token to step into the oversold region, in which case, the altcoin would have to drop further.

Additionally, DOT’s price direction heavily depends on investors’ moods. The Binance funding rate metric registered a notable drop in interest in the derivatives market between 10 and 12 July. On the other hand, its social dominance metric achieved a slight increase but its spike on 8 July might have signified the start of the sell-off.

The whales saw the signs and hence sold off some of their holdings. The whale supply metric dropped slightly from 43.67% on 10 July, to its four-week low on 12 June.

However, the same metric indicates that whales have accumulated the token and now control 43.90% of DOT’s circulating supply. It also means that the whales hold more DOT than they did prior to this week’s bearish performance.

It is clear why the latest dip did not push far below the support, now that the whales are accumulating. It is a healthy sign that the price might bounce back and reclaim higher price levels, but this is not a guarantee.

There also remains the possibility that investors might shy away due to low development activity, and the prevailing market uncertainty.

ETC: Dollar-cost averaging can be used to enter long all the way down to…