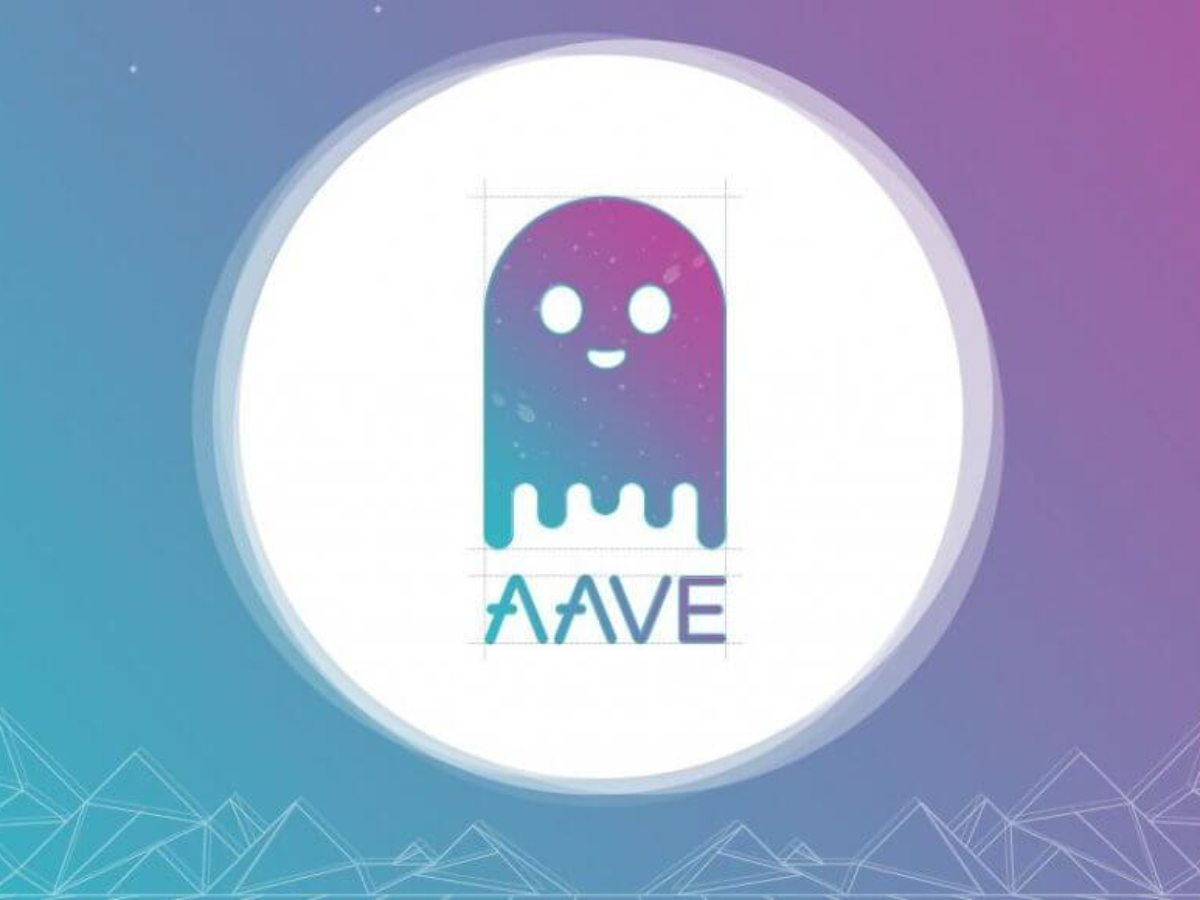 Bitcoin’s most recent consolidation around the $50K mark gave way to the rise of altcoins as the larger market noted gains. The highest market gainers, however, over the last week, were DeFi tokens like AAVE, CRV, SUSHI, and CAKE, which saw double-digit weekly gains.

While most of the coins’ rally seemed to be weakening with Bitcoin falling under $50K, AAVE still noted the highest weekly gains of 57.60%, second only to the NEAR protocol with 63.24% over the same period.

Over the last year, DeFi protocols have posted three-digit ROIs with rising capital inflow and on-chain activity as well as heightened interest from investors. AAVE, one of the biggest lending protocols in the DeFi space, too saw a dramatic 3x rise in TVL from around $5 billion in April to around $15 billion now. 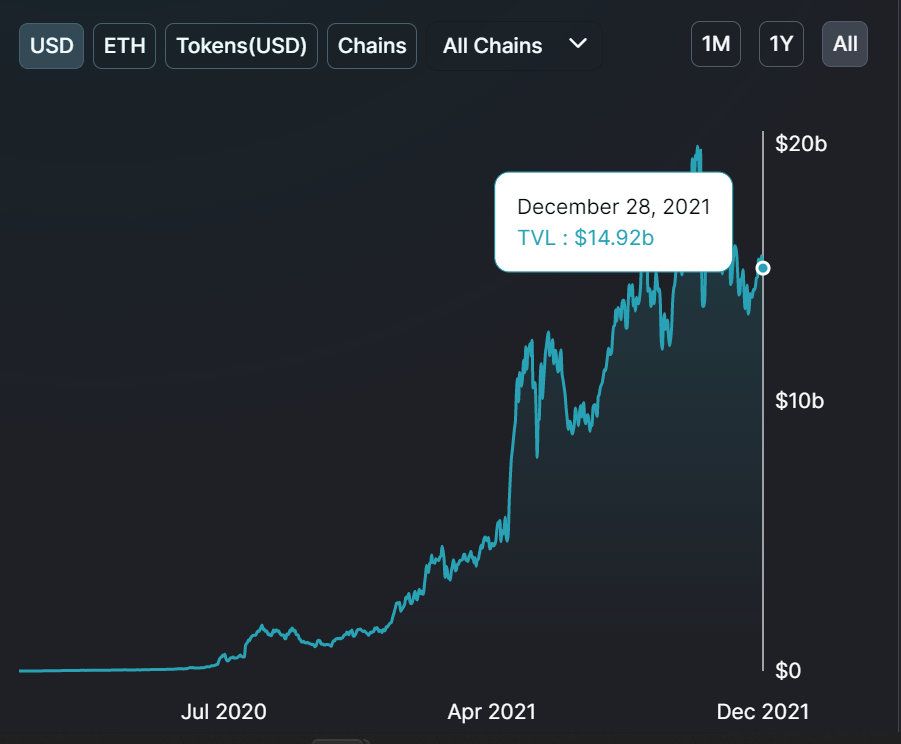 AAVE has been rallying over the last week after falling by over 55%, in the month of November.  After weeks of consolidation and correction, the recent rally comes following the protocol’s recent adoption by Swiss-based SEBA Bank. SEBA Bank submitted a proposal to the Aave Protocol team on 21 December seeking to become whitelisted on Arc after which the coin’s price picked up.

Price-wise the altcoin has two important levels at $200 and $300. After a bounce from the $200 level, AAVE has been on an uptrend and is currently testing the $300 resistance level. A decent daily close above $300 will make the path to $400 clearer for the asset. For now, the price had recovered from the 55% losses that pulled the alt’s price down to as low as $157.

Is AAVE set to reclaim the first spot?

AAVE’s price uptick came alongside a healthy uptick in transaction volumes and active addresses presenting a more active network. In the last 7-Days, new addresses saw a 37.12% jump while active addresses were up by 18.01%. 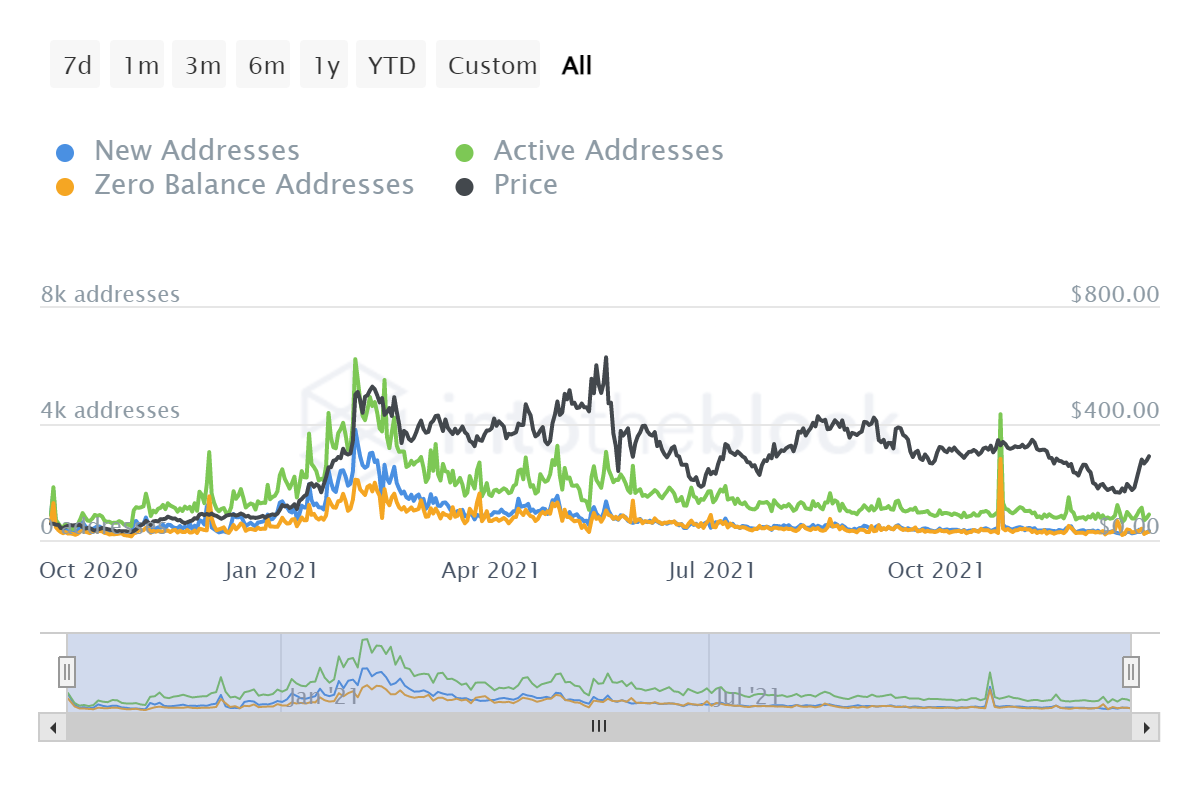 On the other hand, a continued uptrend was spotted in transaction volumes, which came alongside increased velocity. Thus, further presenting heightened activity on the network which meant that market interest was rekindling.

Further, the number of large transactions noting a spike, presented a rise in bigger players in the market. This could be crucial for a rally. That being said, an over 80% growth in HODLers over the last 30-days can further aid the rally to sustain in the near future. 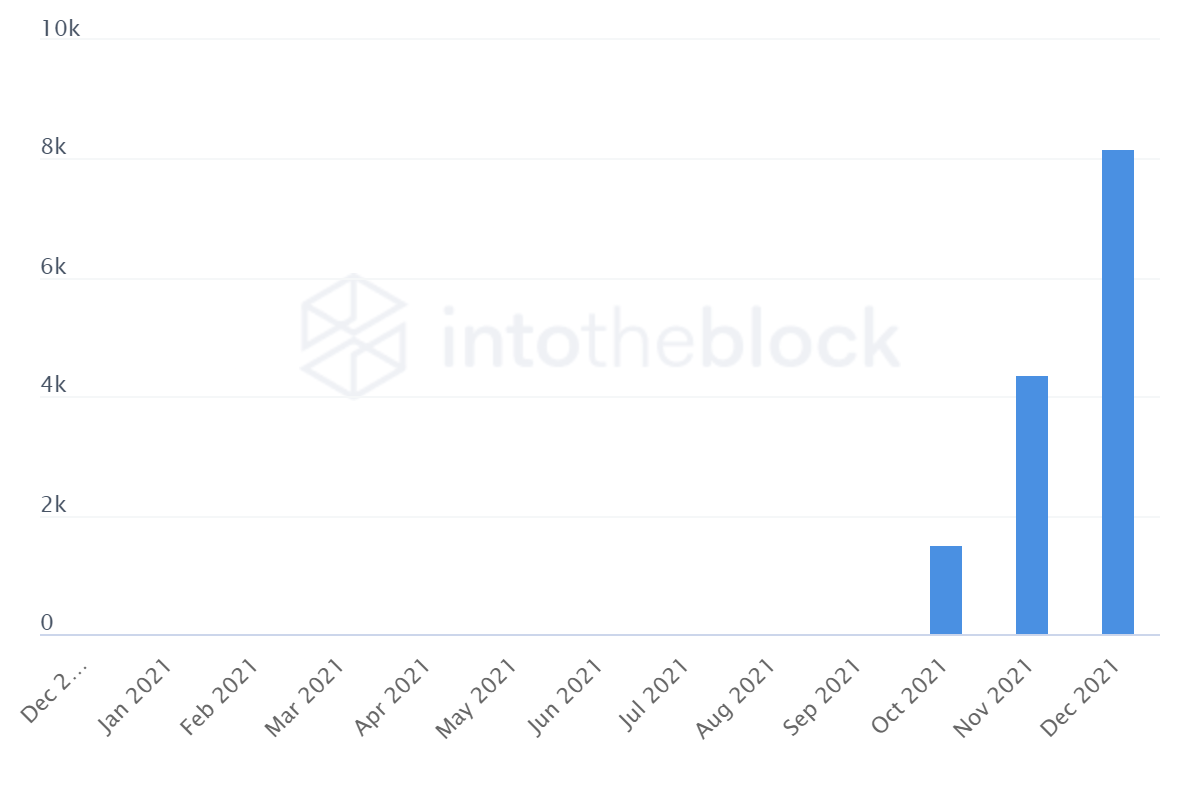 While on-chain activity and network strength looked decent at the moment, Global In and Out of money highlighted that even at current price levels of $280.65, around 57.59% of addresses were still facing loss.

After AAVE establishes itself above the $300 level, the next strong resistance can come at the $331.4 level at which over 11K addresses were in  loss at the time of writing. A move above this level can reduce sell-side pressure further aiding AAVE’s rise.

Dogecoin: No significant moves yet, but is there an attractive risk-to-reward zone