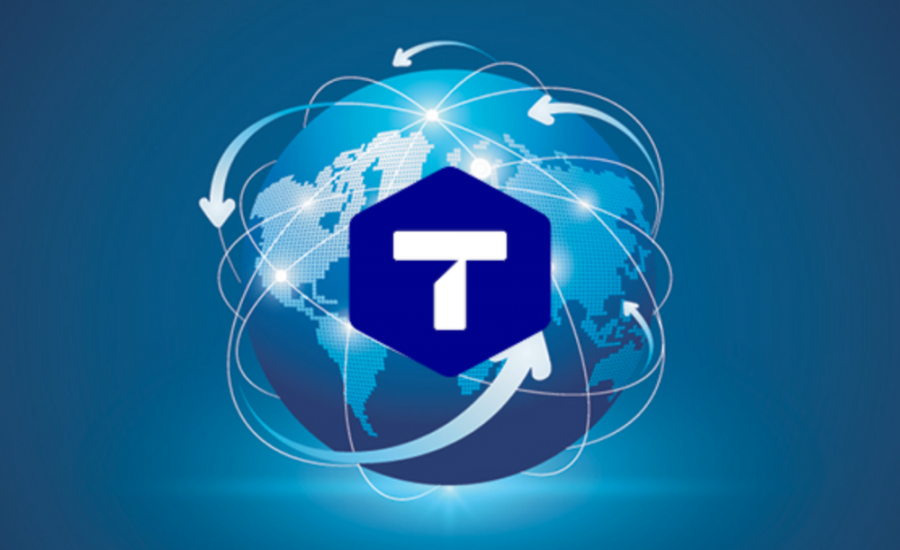 As we enter the second half of 2018, the cryptocurrency market has not yet welcomed the expected bull market. Instead, it remains in a somewhat rare lasting bear market. In the past few weeks, Bitcoin has once again fallen below USD 6,000, and Ethereum below USD 300.
During this downturn, it is not difficult to find tokens that have fallen sharply against Ethereum, and projects that have decided to postpone exchange listings entirely. Some high-quality projects such as TTC Protocol have chosen not to avoid the downtrend, but to instead break the trend through a series of measures to help them stand out in a bear market.
First, TTC, the token of TTC Protocol, was listed on Bibox exchange with trading starting on August 14th at 16:00 Beijing time. Deposits and withdrawals opened at 11:00 Beijing time on the same day. The trading pairs available include TTC/BTC, TTC/ETH, and TTC/BIX.

Bibox exchange was Co-Founded by OKCoin and Huobi in 2017 and is a digital asset exchange enhanced and encrypted through artificial intelligence. Bibox has a user-friendly UI and features and also leverages world-class technology.
To enhance its scalability, transaction speeds, and security, the exchange matches industry giants such as Bittrex and Binance. According to CoinMarketCap, Bibox exchange ranks eighth in the world in terms of transaction volume.
For TTC Protocol to be recognized after a thorough review by Bibox, ensures that it has sufficient capital and advantages in the market. One can see that in a short period, TTC has already maintained high trading volume and stability, with daily transactions exceeding 3,000 ETH. The positive results achieved by TTC Protocol during this bear trend is mainly in part due to the quality of the project and its recognition within the blockchain community.

Beyond Bibox exchange, TTC Protocol has plans to list on several other exchanges in the near future.
Meanwhile, tataUFO is working with TTC Protocol on several recommendations, which is the first step for tataUFO to integrate with the TTC ecosystem.

With the impact airdrop has made on projects in-terms of publicity of late, not considering having one wouldn’t seem like a smart play. A TTC airdrop was launched, and the outcome was way above the expected result.
The tataUFO TTC airdrop is divided into three stages. The first stage contains participants from 1 to 50,000. The second stage contains participants from 50,001 to 250,000, and participants from 250,001 to 1,000,000 are included in the final stage.
Word about the tataUFO TTC airdrop spread liked wildfire. People were signing up as each minute passed by because the process was an easy one. All you had to do was visit their airdrop website, fill in your phone number, after which, a code would be sent to your mobile phone following which you will have to fill the code in the given space and submit.
A new page will emerge containing a code instructing you to join their telegram group after which you would submit the code that was given to you, to the airdrop bot and receive 8 TTC in return. To make it a bit more appealing, a referral program was made possible because by referring a friend you would receive an extra 4 TTC.
During the final stage of the airdrop, a total of 500,000 people joined the activity within two days. As of the morning of 21st August, more than 800,000 users have joined the airdrop program; the participation is already exceeding expectations!
There are very simple things you need to follow to join the airdrop. Here’s the link that will guide you into joining the airdrop.
The number of participants in the tataUFO / TTC airdrop program is far higher than other similar activities during the previous period. The rapid increase in activity demonstrates that tataUFO, the first DApp using TTC Protocol, has gradually become popular worldwide. Moreover, with continuous improvement of the TTC ecosystem, additional users will be drawn to the tataUFO and TTC platforms.
In addition to the expansion of exchanges and airdrops, other TTC projects are in full swing. On 19th August, TTC officially announced that they had been successfully listed on CoinMarketCap and Etherscan! This is undoubtedly a milestone for the TTC Protocol team because access to information is an essential part of a successful blockchain project. Now, anyone can quickly search for and obtain information and policies related to the token of TTC Protocol.
CoinMarketCap is a website focused on tracking the capitalization of cryptocurrency markets. The website provides price information about each virtual currency, which is a convenient way for crypto enthusiasts around the world to view the value of the digital assets they hold. As of 17th August, a total of 1,855 cryptocurrencies were registered on CoinMarketCap. Since the website provides current price, market cap, and volume data for each cryptocurrency including historical information and charts, the number of monthly visits currently exceeds 100 million.
With the successful registration of TTC Protocol on CoinMarketCap, users can obtain price data, social links, and other project information through this link. 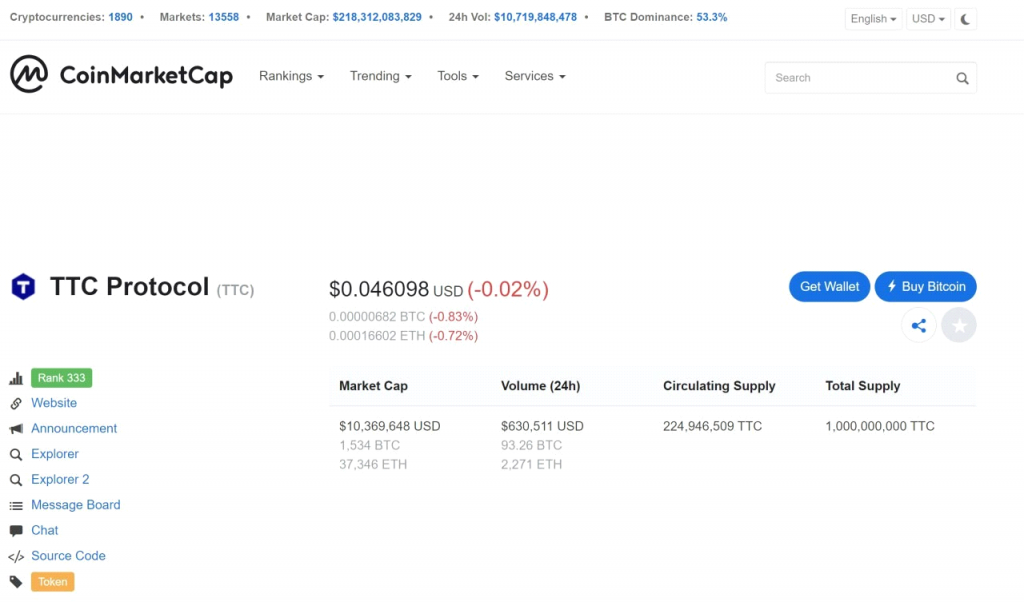 From the figure above, one can easily determine that the total supply of TTC is 1 billion and there are currently a total of 25,139 TTC-holding addresses. In just a few months, 37,405 transactions have been completed. The user growth and transaction volume have been steady as confidence in the project grows.
In this bear market, many projects are avoiding the markets while TTC Protocol has chosen to break the trend. It is not hard to see that the TTC team is showing strength and capital growth, even in these market conditions.
Despite these sentiments, TTC will continue to take action on new exchanges, airdrops, and ecosystem development. There is much to look forward to as TTC Protocol works to bring new blockchain initiatives to market.
About TTC Protocol
The TTC Protocol is one of the largest social networking ecosystems on the blockchain, with over 23m users. The TTC Protocol provides a simple-to-integrate and fully-customizable blockchain-based SDK for existing communities, which acknowledges users’ contribution to the community and rewards them.
For more information, click on the links provided below.
Telegram (English)
Telegram (Korean)
Email
Homepage
Facebook
Twitter
Related Topics:featured
Up Next