Restoring Trust in the Sharing Economy with Blockchain Technology - AMBCrypto 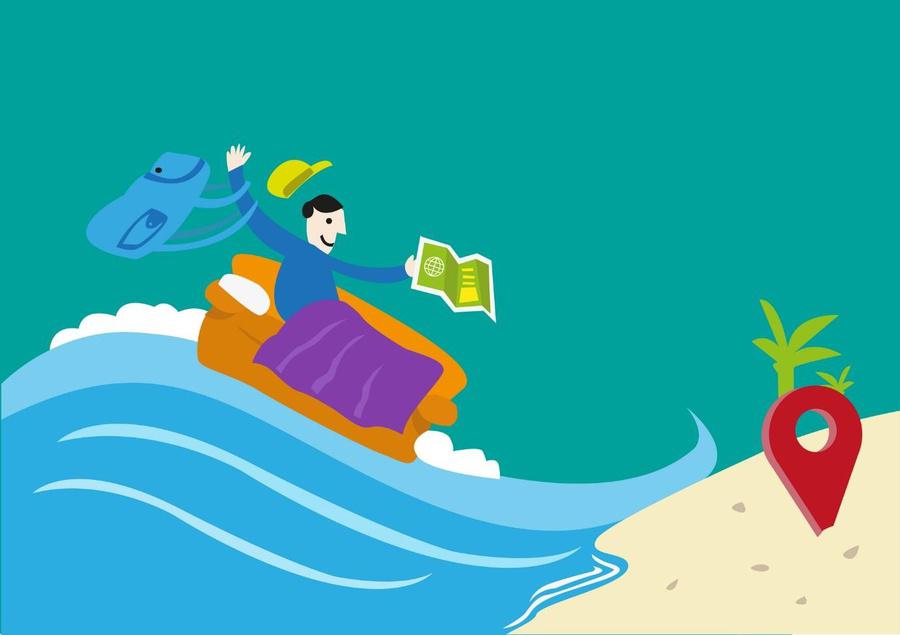 Restoring Trust in the Sharing Economy with Blockchain Technology

The term “sharing economy” was originally coined based on the idea of leveraging online platforms to connect communities of peers looking to share a variety of underutilized resources. The core tenet of the sharing economy’s philosophy is “access over ownership”. If, for instance, you only need skis for two weeks of the year, do you truly need to own a pair? If you only cut the grass in your backyard every two weeks, could you not do it with a rented lawnmower, versus purchasing your own?

The evolution of the sharing economy

Back in 2011, AirBnB CEO Brian Chesky went on record to discuss the sustainable aspects of collaborative consumption. Other reports have agreed that, if executed properly, a sharing economy has many potential benefits. In addition to the economic advantages that this model provides to its user base, such as saving money and providing an alternate income stream, it is more sustainable for the environment and can help to create trust between individuals and communities.

However, AirBnB, along with other big-name platforms in the sharing economy have come under fire from certain parties. In fact, it has been debated whether the development of a global sharing economy has grown further away from the premise on which it was initially based.

The limitations of the current sharing economy

Major sharing platforms rarely allow users to connect with one another outside of the platform. This limitation exists to protect corporate interests; keeping users within a proprietary ecosystem ensures that the company will obtain its transaction fees. This model may offer a certain degree of data or identity protection to the users involved, however, it does not necessarily help to create a trust or to build global sharing communities.

For instance, AirBnB masks the contact details of individuals transacting on its network. Users cannot communicate outside of the platform, meaning that a true peer-to-peer relationship does not exist. This forces users to deal with the company as a middleman and to bear the fees associated with this administration.

Moreover, there is a need for consolidation due to the sharing industry’s highly fragmented nature. Multiple companies have ventured to create sharing platforms, but if all such services could be unified into a single ecosystem, the likelihood of mass adoption would increase as it would offer a more convenient solution to users.

Developments in blockchain technology could soon overcome some of the aforementioned limitations. The decentralized nature of blockchain networks allows sharing providers to connect more directly with users in a true peer-to-peer fashion.

The use of customizable smart contracts within such peer-to-peer sharing networks allows terms to be agreed-upon and automatically executed. For example, security deposits could be paid for in digital currency and held in escrow until both parties provide a digital approval to complete the transaction. This layer of security has not been possible until now, and it could help to ensure fairness and thus to foster trust within the sharing economy.

Additionally, decentralization helps to reduce fees. Users participating in the sharing economy as it currently stands are subjected to the fees imposed by AirBnB, Uber and others. By leveraging blockchain technology, users can circumvent such fees in avoiding middlemen altogether.

Integrating Blockchain Into the Sharing Economy

One blockchain company who has identified the potential of all of these benefits is ShareRing. ShareRing is an Australian startup, aiming to become “the Amazon of the sharing economy”.

ShareRing is developing its own blockchain called ShareLedger, which will permit a dual-coin mechanism. ShareToken (SHR) will be the utility token driving the network and will be tradable on cryptocurrency exchanges. SharePay (SHRP) will be directly exchangeable for fiat and used as a payment currency for day-to-day transactions on the ShareRing platform.

An integral feature of ShareLedger will be its customizable smart contracts. These can be applied to any asset that is listed on the ShareLedger blockchain. The company also foresees the development of unique applications within its community that will bring growth to the sharing economy at large. Potential applications include peer-to-peer lending and the sharing of assets like agricultural machinery, books, real estate and food.

In order to facilitate widespread adoption, ShareRing is also developing a smartphone app. In addition to showing the user their account balances and assets, the app will use geolocation services to allow users to see available services in their current location.

Blockchain technology has tremendous potential to restore trust within the global sharing economy. Mass adoption of decentralized, blockchain-based sharing services could steer the industry towards the true peer-to-peer, community-driven marketplace it was intended to be.

With Zeex decentralized crypto shopping is finally a reality

How are big tech companies reacting to the rise of blockchain?