RichQUACK has just reached a $140Million Market Cap. Crazy as it sounds, it was just sitting at a $4m market cap 30days ago. Telegram Community went up from only 13,000 members to 60k members in just a week.

RichQUACK is currently trending worldwide and people are lining up to buy them. There was this 1 guy, an old member of QUACK claimed that He invested $100 back in June and now he already has $350,000 in his wallet.

So basically if you invested in $QUACK since June, your money could go 3500x! It’s very rare to see such crazy growth like this. Only a few of other tokens that are now sitting at top 100 had a massive growth like this. Therefore the writer suggests reading more about QUACK.

What is RichQUACK? And How does QUACK Have more watchlists than DOGE? 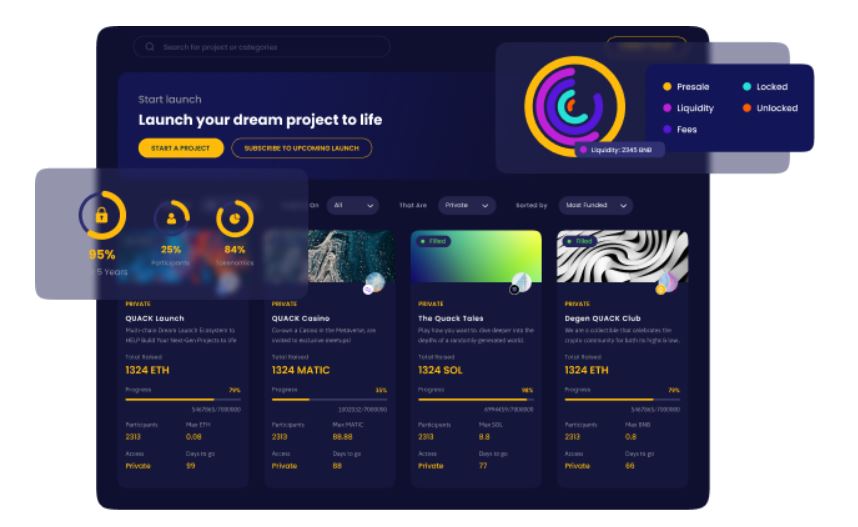 RichQUACK aims to pay out rewards to holders by “frictionless yield generation”. Holders do not need to stake or wait for fees to be delivered. Fees are awarded by the smart contract and are immediately reflected in the holder’s balance.

Rich Quack’s goal is to provide its holders with a chance to make money, by investing, building, holding and winning. To do so, building a community of people that are ready to work hard and contribute towards that goal is a priority. The project aims to become the future of a safe and secure investing and fundraising platform, where you can also win a jackpot raffle for holding, and play lotto that pays out every hour, day, week and month.

The unique feature of Rich Quack appears to be in its launchpad, which they claim will be the future of safe and secure investment. Platform is scheduled for release in End of Q4 2021.

This would give QUACK a distinguishing feature compared to other meme coins and could drive price appreciation in the future. Quack also announced working with a company that has 60+ developers and has successfully launched more than 250+ projects.

To be eligible for Guaranteed Allocation of QUACKPad projects, QUACK holders would be required to stake at least 3.5 Trillion $QUACK. RichQUACK will have a Tiers system where the more $QUACK you have, the more you can invest on new projects. 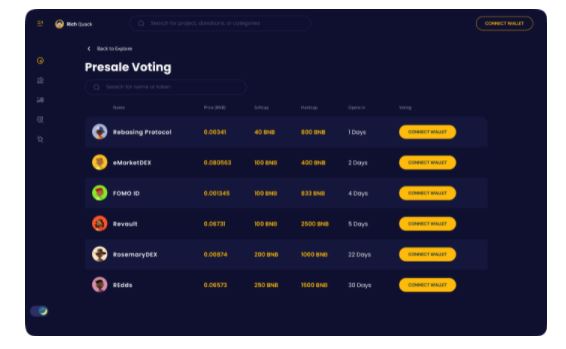 QUACK community members that Stake at least 1 T QUACK will be eligible to vote “Yes” or “No” on whether a project will proceed to the Presale. Projects who only want to use the Launchpad part without prior seed funding and incubation can do so by applying and winning the community votes. 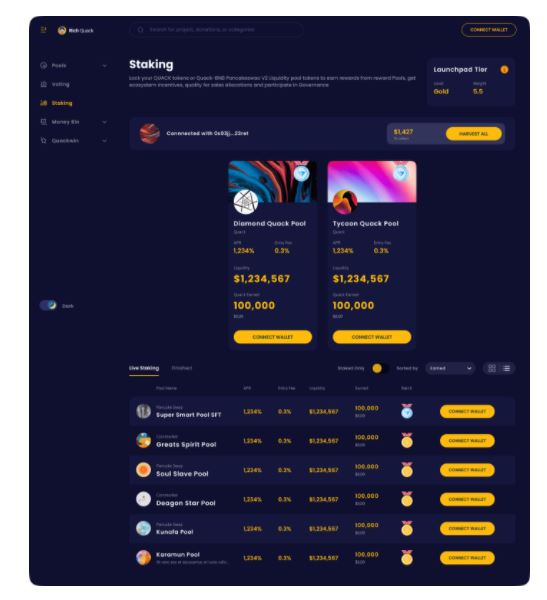 QUACK token holders can Stake their tokens on QUACK Staking to gain access to the platform and earn rewards. Staking higher amounts of QUACK gives holders increased access and even greater rewards.

Many people believe that the RichQUACK token is still undervalued right now, and once their product is ready, $QUACK will explode. We can see it from the activity level of their community and also their social media. It’s crazy how a small market cap token can have that high level of engagement.

The difference why RichQUACK is preferred by people over $Shib and $Doge is its Small Market Cap compared to Shib and Doge which have reached billions of dollars in Market Cap. Smaller Market Cap means there is so much more room to grow, so many zeroes to conquer, so many new millionaires to be born.
Here is the current growth of RichQUACK: 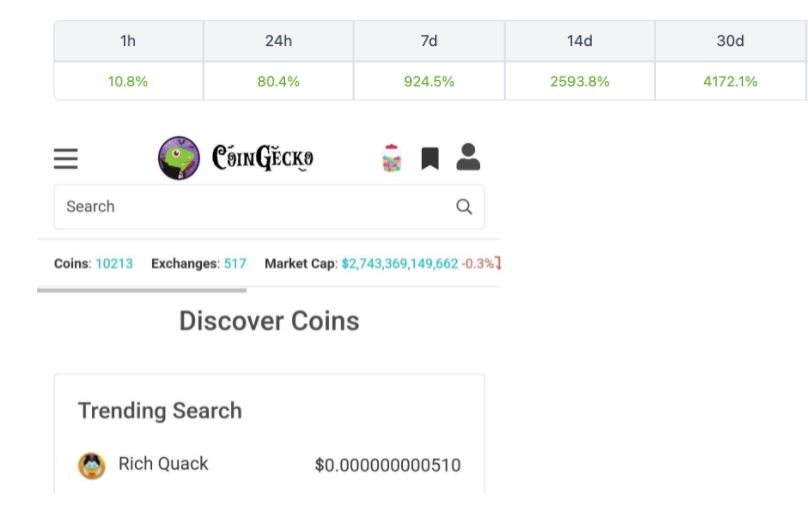 Have you seen other Tokens out there with this many activities going on at the same time? Me neither!

Here are the lists of other Richquack Ongoing Community Event (DYOR, Not Financial Advice):

Here is some more info about QUACK / Richquack.com

India’s Paytm might have Bitcoin plans, but here’s the caveat