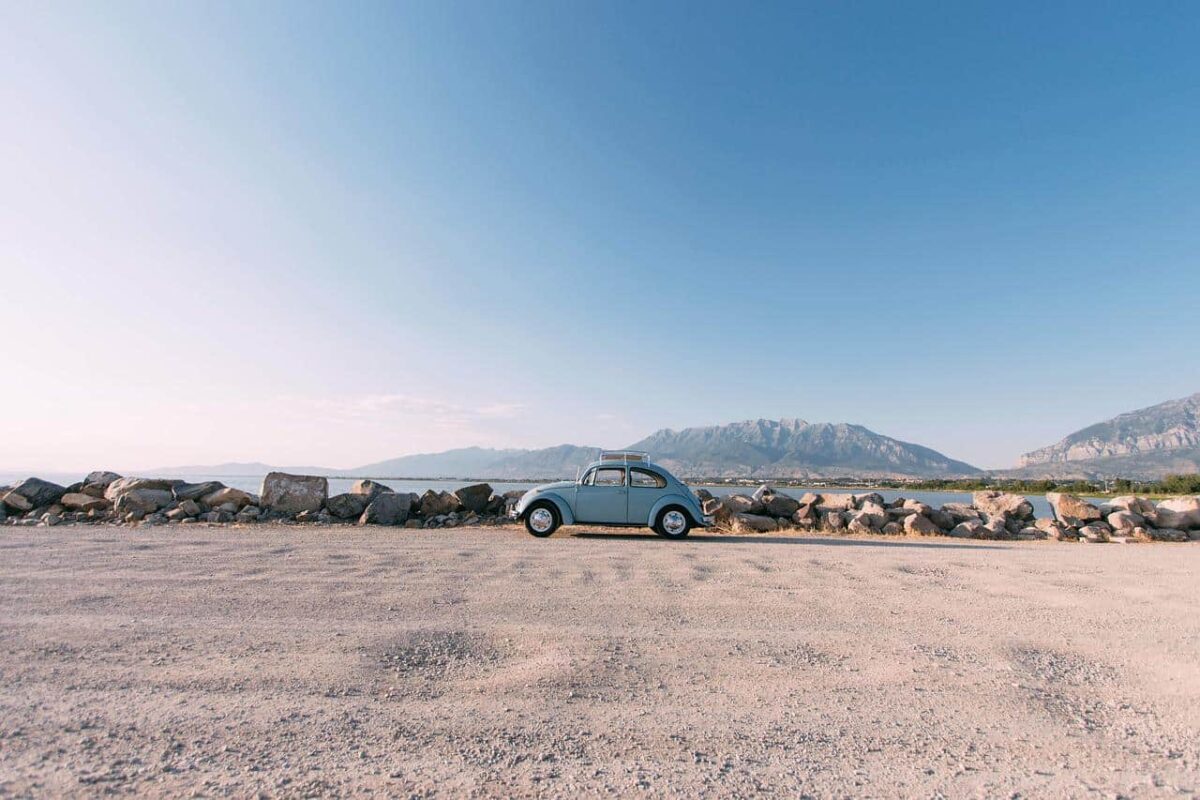 The Sandbox has seen some demand for its token SAND over the past month. Bitcoin saw a decent bounce in July. However, SAND was in an upward trend on lower timeframes since the last week of June, as the buyers initiated a recovery from the drop to $0.7. Since then, the $0.96 and $1.27 resistance levels were both flipped to support. Could the momentum continue, or has demand dried up? 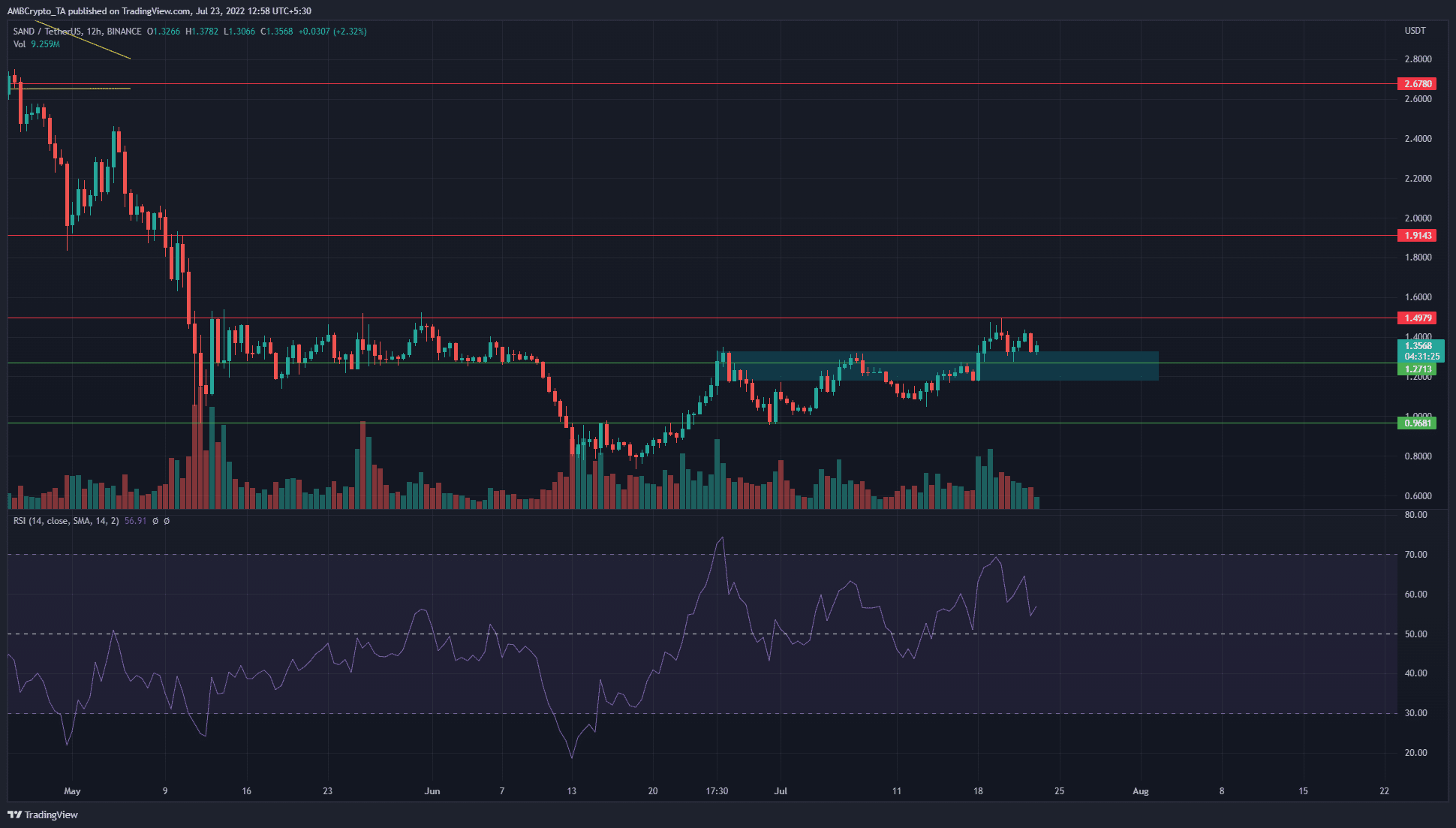 In May, SAND held on to the $1.27 support level and established it as an important level for the bulls. Thereafter the price fell beneath it in June, but a couple of weeks into July SAND has already been hauled back above the same level.

In late June, the cyan area at $1.2 highlighted a bearish order block, which has since been flipped to a demand zone. The higher timeframe Relative Strength Index (RSI) has also been above neutral 50 for the past three weeks.

Taken together, the momentum was concluded to favor the bulls over the past month and a half. In terms of price action as well, the price has set a series of higher lows and higher highs since mid-June. 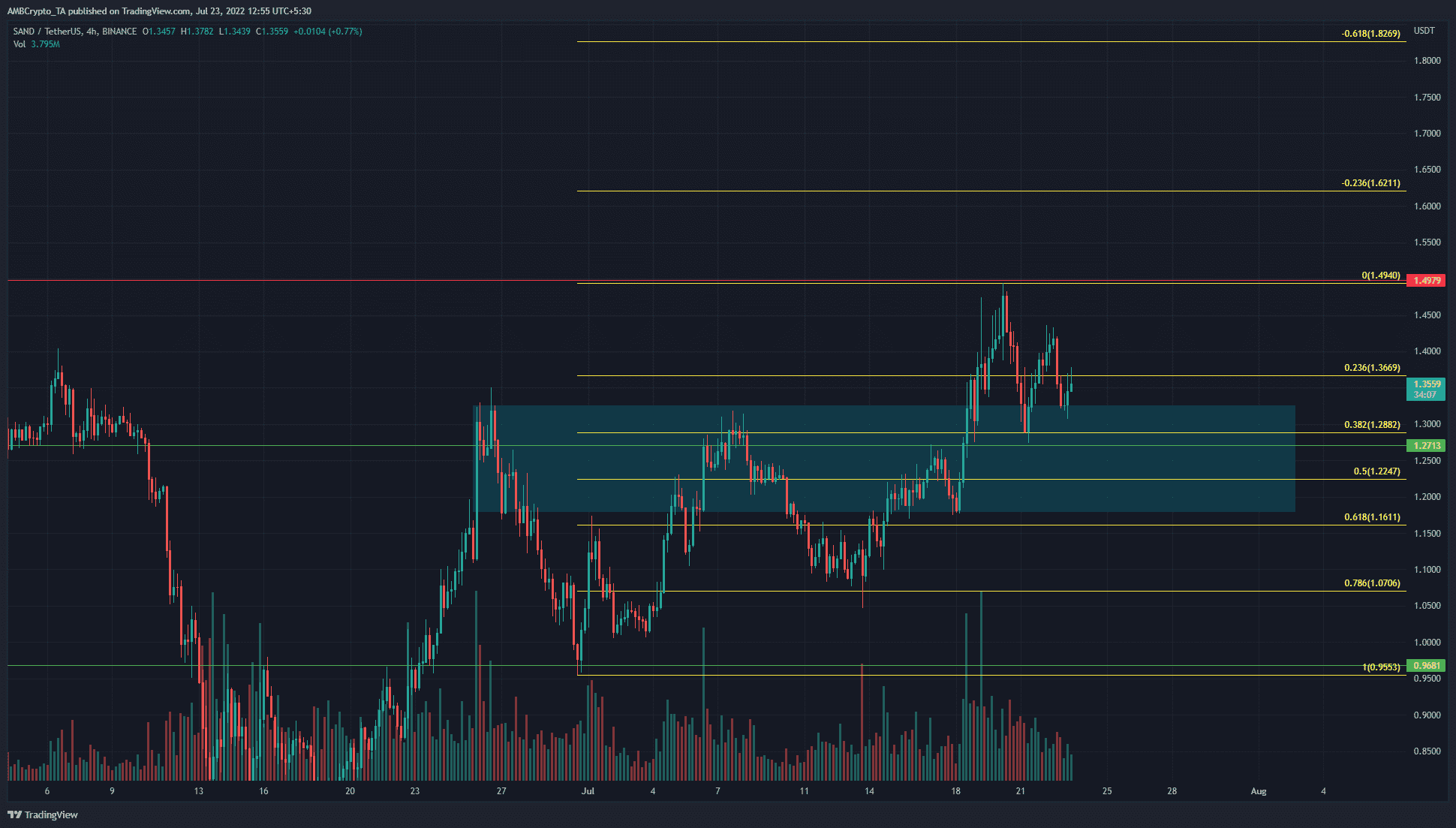 Based on the latter move, a set of Fibonacci retracement levels was plotted. The 38.2% retracement level sat at $1.288 and had confluence with the cyan demand zone, as well as the $1.27 support level from May.

Indeed, SAND has respected the 38.2% level as support thus far. However, it has also formed a lower high over the past few days. On a lower timeframe, this suggested weakening buying pressure. However, on the four-hour timeframe, the bulls can be considered to hold sway so long as the $1.27-$1.25 area was defended. 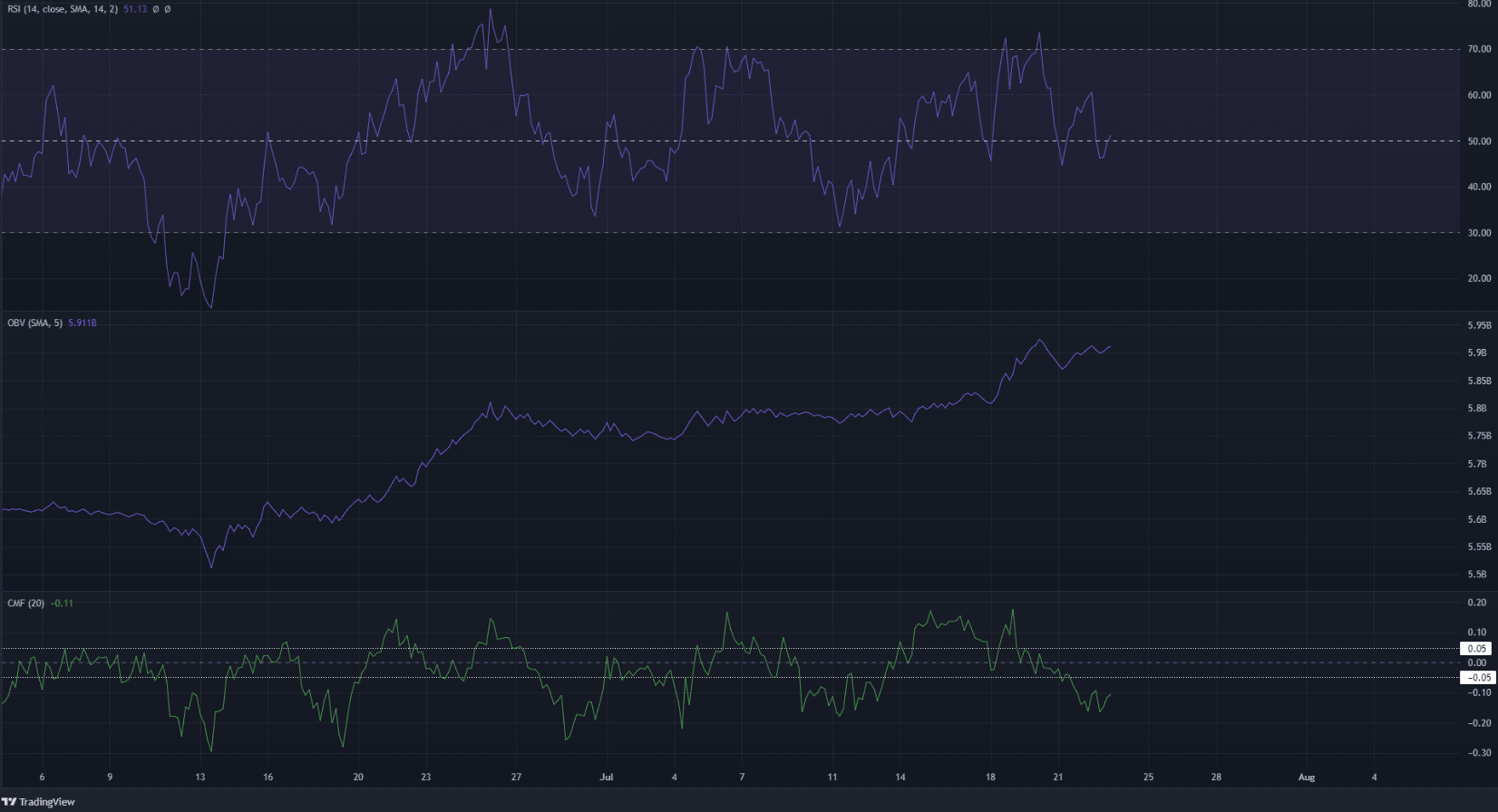 The indicators also leaned in favor of the bulls. The RSI has been above neutral 50 over the past ten days, while the On-Balance Volume (OBV) saw a massive surge upward a few days ago. The RSI showed the momentum to be bullish, although it stood in neutral territory at press time.

The OBV also reflected significant buying volume in the past few days. However, the Chaikin Money Flow (CMF) was in disagreement. The CMF dipped sharply below the -0.05 mark to show hefty capital flow out of the market.

The price action highlighted the $1.27 support level to be critical. Bitcoin has faced rejection at $24.2k. If it can defend the $22k area and form a higher low, it could likely continue to push higher. This in turn would positively affect The Sandbox native token SAND.

MakerDAO stands at the mercy of bears as MKR slips below $1,000 in the last five days