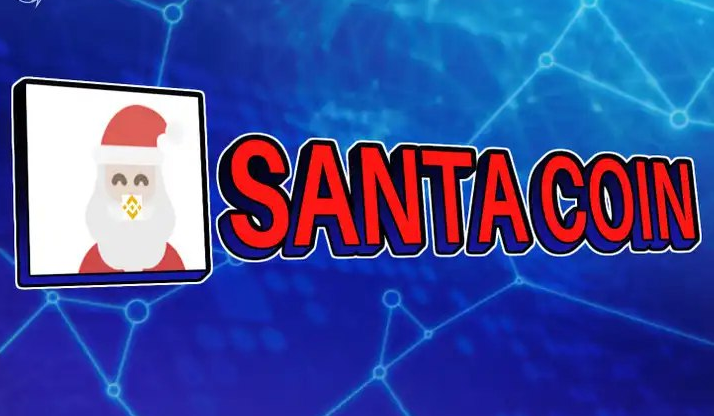 The cryptocurrency industry is continuously growing — almost everyone can attest to that. From this, more innovations emerge like decentralized finance (DeFi), non-fungible tokens (NFTs), and memecoins.

Specifically, memecoins became popular because of Elon Musk’s love for Dogecoin (DOGE). This resulted in the rise of other memecoins like Safemoon, Shiba Inu (SHIB), and many others.

With that being said, Santa Coin, another memecoin that is taking the crypto market like a storm, is also trying to keep up with the competition. Currently, Santa Coin is said to be the latest Yield Generation Token which rewards BUSD to its holders to recover their initial investment in less than 2 weeks without even selling their holdings – just from rewards. Moreover, it is also establishing a new standard of DeFi tokenomics and an innovative game-changing token distribution strategy. Here, every buy/sell transaction in Santa Coin is taxed and is used to fund advanced solutions like automatic and manual buyback; as well as adding liquidity in decentralized exchanges. Therefore, these elements, combined with experienced developers and influencers in the crypto space, will set up Santa Coin and push it to long-term growth and progress.

Right now, Santa is becoming very popular in the crypto market. It aims to reward those who will hold with BUSD — meaning to say, when you HODL Santa Coin, you’ll receive rewards in the form of USD.

As at November 5, $SANTA have paid out over $2.7m to holders of the token in its first 7days – to see live stats of rewards distribution visit – https://app.santacoin.cash/.

Santa Coin has unique features like 8% redistribution in BUSD. This means 8% of every buy and sell transaction will be automatically redistributed to all token holders. Meaning, holders don’t have to claim their rewards as BUSD because it will be delivered automatically to their wallets according to their Santa Coin Holding proportion. In short, users will be able to earn stable passive income in BUSD.

Another notable feature is its 3% strategic buy-back reserve. Here, the tokens collected from these fees are converted into BNB, which are locked and stored in the Santa Coin Contract. To note, however, the project has two different buy-back systems: Moonshot Buyback where a large buyback is deployed at specific moments and generates a big green candle in the chart and the AutoBoost Buyback wherein small buys occur to discourage early sellers. The whole thing creates a proper burn and guarantees that the price per token will increase whenever the buyback is activated.

Finally, is its anti-whale mechanism? Here, an extra 1% fee is applied to all sales. This move aims to discourage swing trading and lessen whale manipulation. Aside from this, the smart contract will also ensure that no sales of amounts higher than 0.2% of the circulating supply will be recorded and possible at once.

Moreover, with Santa Coin’s dedicated app, users will be able to see how many BUSD reflections they already have. Even though the rewards are distributed automatically, Santa Coin will still allow its owners to claim BUSD and receive rewards manually.

Through Santa Coin’s carefully designed tokenomics, it is possible to sustain the ups and downs of the market sooner or later. The team says that during its launch, 50% of the total token supply was burned, another 1% was burned from BuyBack, the other 42% is reserved for the pre-sale and liquidity on PancakeSwap, and the remaining 8% will be reserved and vested for the team and marketing.

To add on, the liquidity on PancakeSwap will be locked for a year — meaning, the initial liquidity can’t be withdrawn from the exchanges even by the team. In retrospect, this will ensure investors that they can quickly sell their holding at their desired gains.

What’s more, Santa Coin is building an ecosystem around SANTA F1 Racing game. Reports say that Santa F1 racing game is in the works and will create a new paradigm for digital ownership and gaming. Thanks to blockchain, SANTA NFTs will allow players to relish in a play-to-earn gaming ecosystem wherein skills are rewarded with real value awards. In detail, Santa F1’s in-game assets can be wholly-owned, traded, and sold by players. At the same time, these can also be used in the game itself — empowering players to play their best.

In the past 24hrs, $SANTA has increased by 123% and is currently valued at $25m marketCap according to data from Coingecko. A similar token called Evergrow coin reached a pick of over $1.2b marketCap within 30 days. With Christmas drawing closer Santa coin could go parabolic as more rewards gets distributed to holders.