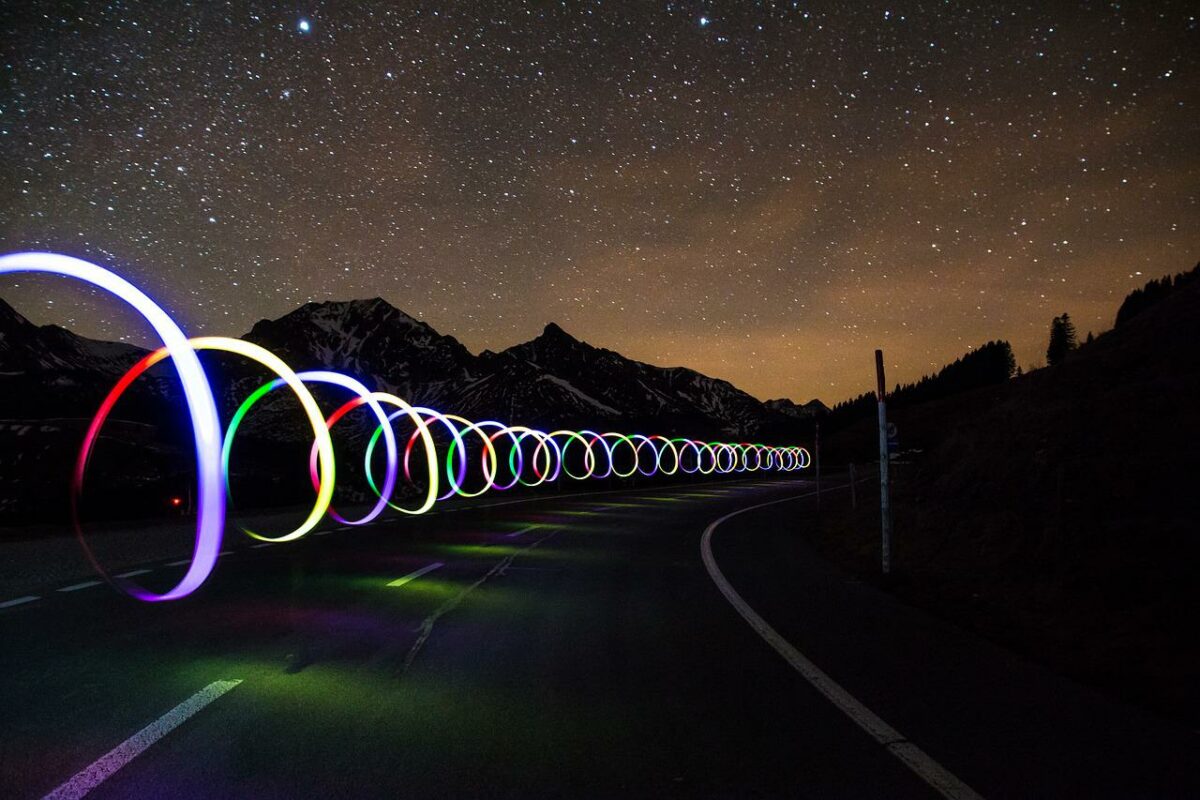 Bitcoin has been weakly bouncing from the $38k support level, and on the previous day, it dropped decisively beneath this mark. This did not bode well for Shiba Inu bulls. SHIB has already been on a steady downtrend since February. Further losses appeared likely for Shiba Inu on the price charts. 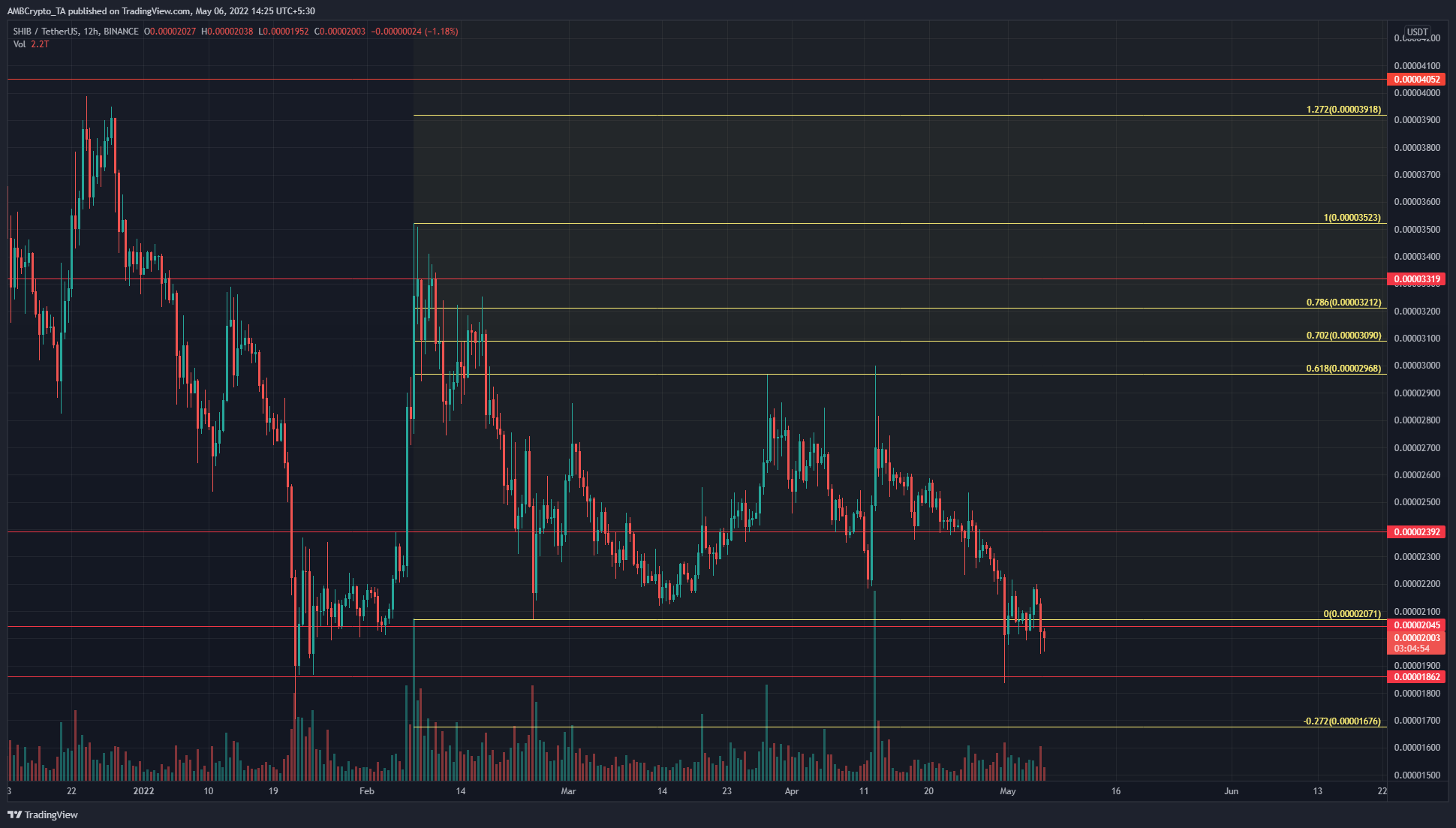 In the past two weeks, the price has slipped beneath both of these levels, with a candle wick down to the $0.0000186 level as well. Therefore, a further downside was likely. A set of Fibonacci retracement and extension levels (yellow) was plotted based on a SHIB drop in February.

The 61.8% retracement level has been tested in late March before steady losses in April. At press time, the price has fallen beneath the February swing low. This indicated that the downtrend could extend all the way to $0.0000167 in the weeks to come. 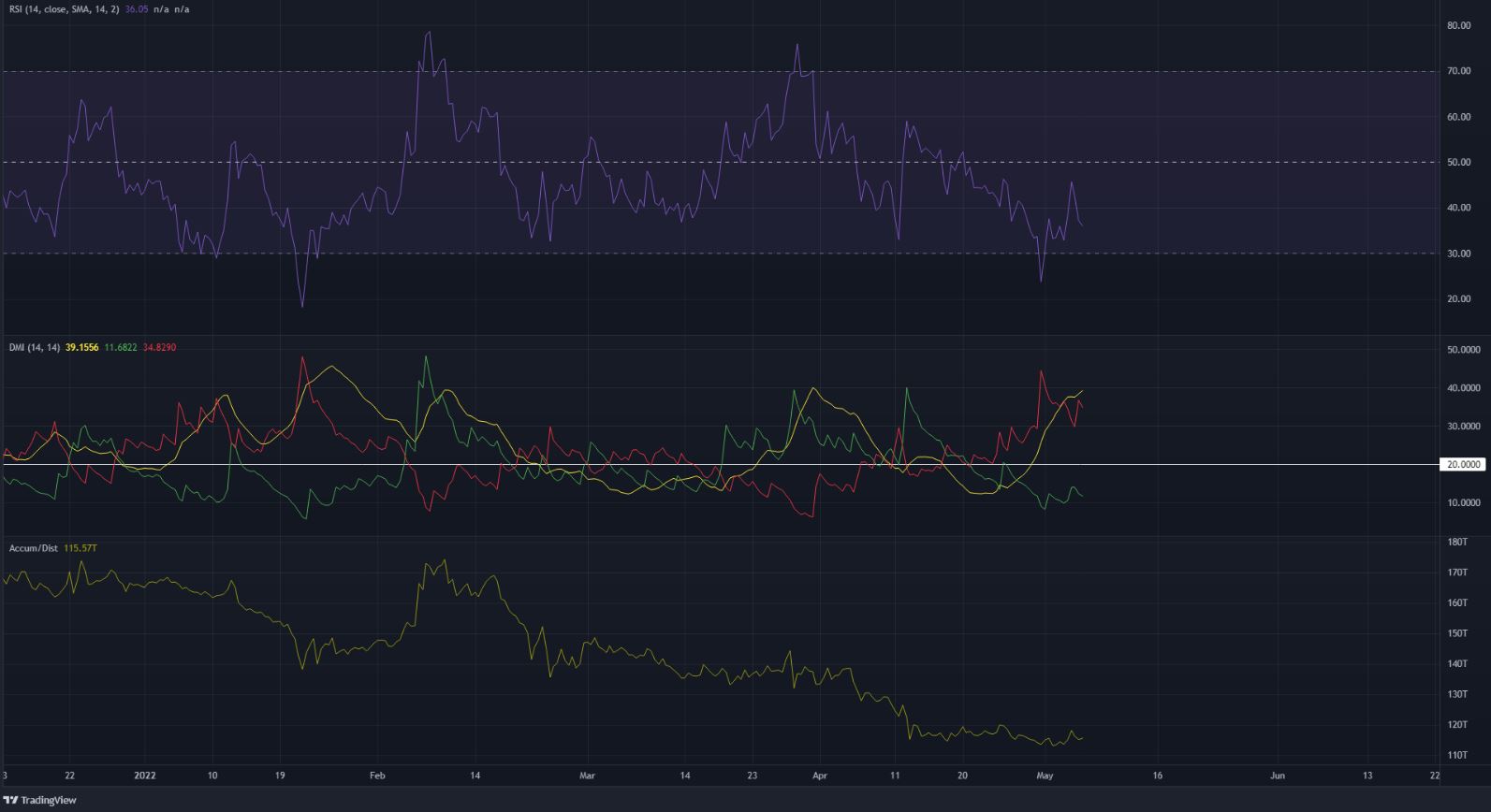 The indicators pointed toward a bearish bias as well. The RSI managed to climb above neutral 50 in March but fell back beneath the line in the second week of April. It continued to remain below neutral 50 and showed strong bearish momentum with a reading of 36.

The Directional Movement Index also showed an ongoing bearish trend of significance. Both the ADX (yellow) and the -DI (red) have been above the 20 mark for some time now. Alongside these bearish developments, the A/D continued to slide lower to show that sellers have the upper hand.

The price action has been strongly bearish in the past month, and the two rejections at the 61.8% retracement level are quite important indications that SHIB could drop below $0.00002 and toward $0.00016. The technical indicators also unanimously signaled strong selling pressure.

Ethereum: Here’s the caveat to look out for as ETH 2.0’s TVL reaches new ATH

Ethereum: Can this new trend become a cause of concern ahead of the ‘Merge’