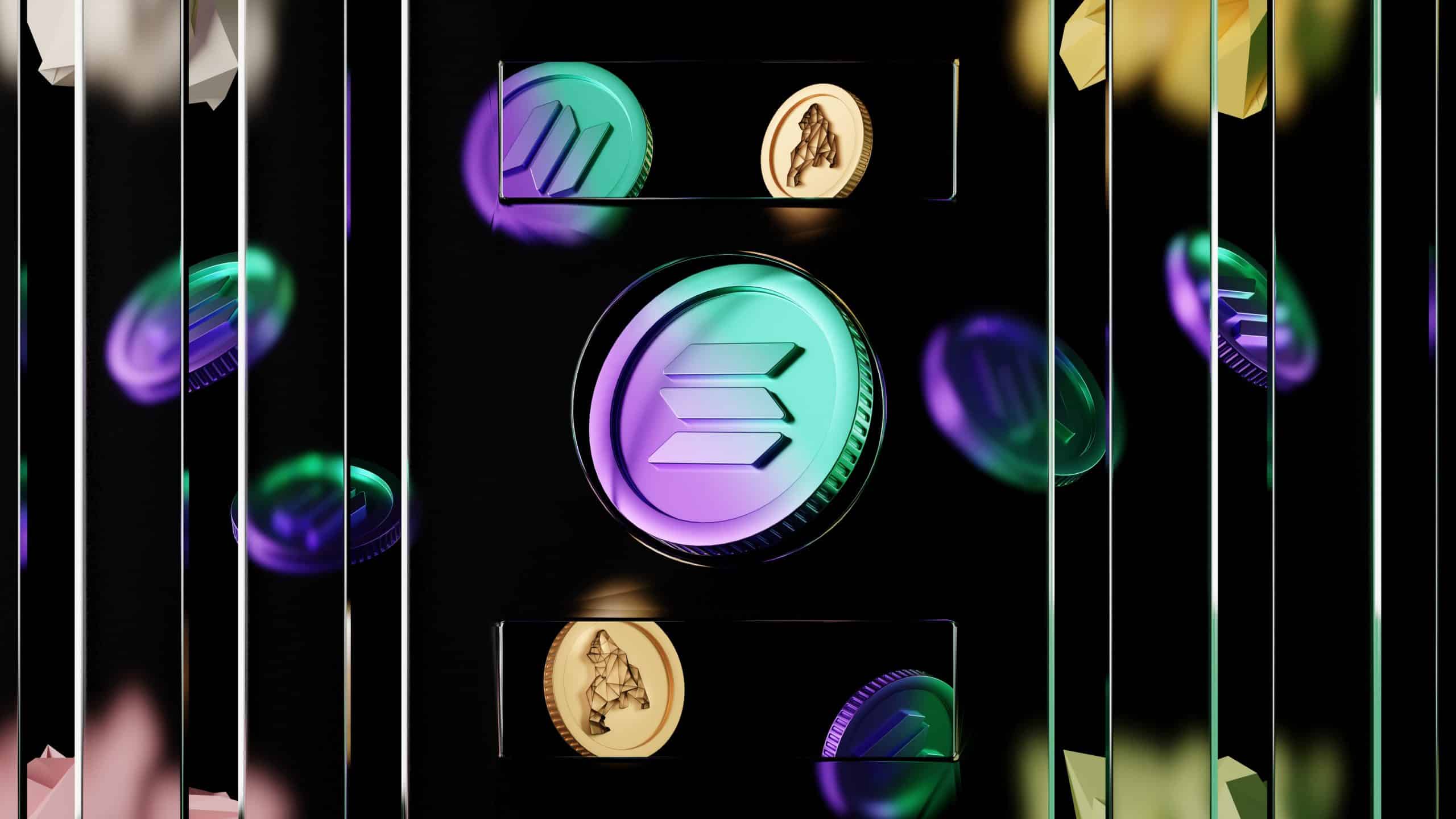 Solana [SOL] has been in a downtrend since 14 December. After another decline, the price formed a falling channel on the three-hour chart. At press time, SOL was trading at $11.31, a 5% decline in the last 24 hours.

There was also a green flare, showing that the discounted price of SOL is attracting some demand. Can the bulls use the momentum to their advantage? 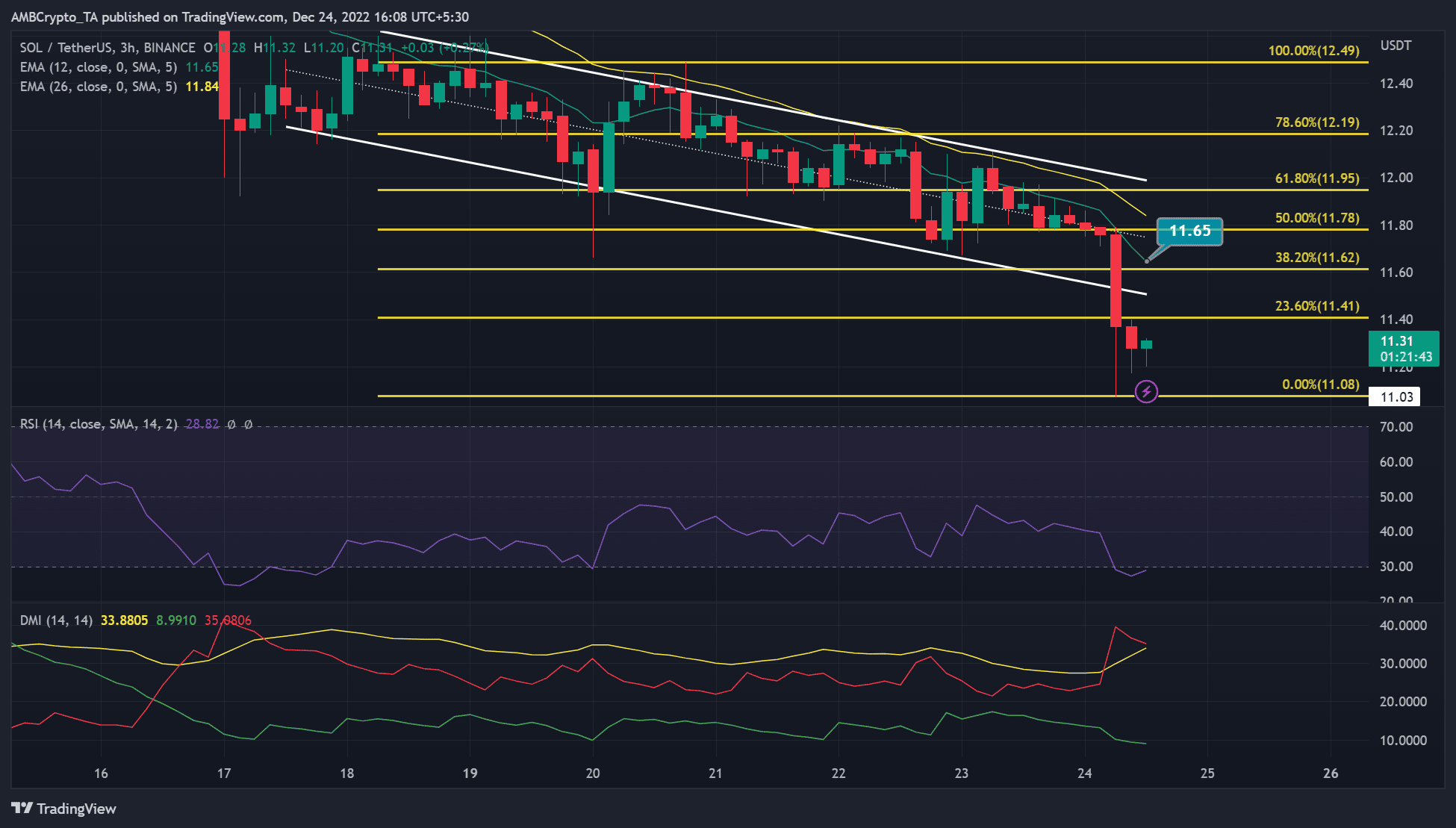 In the three-hour time frame, a pattern breakout from the falling channel. However, the immediate support at the 23.60% Fib level failed to stop the downtrend. The next support level at $11.08 provided solid ground.

Technical indicators suggested that SOL could fall lower and retest the aforementioned support at $11.08. In particular, the Relative Strength Index (RSI) fell into the oversold territory but showed an uptick. This suggested that buying pressure eased while selling pressure increased.

But, the uptick showed that some accumulation had taken place. However, the bulls may only have a chance if the RSI is not rejected at the 30-mark. Historically, an RSI rejection at this level gives sellers more leverage.

Also, the Directional Movement Index (DMI) showed that sellers had more leverage at 35, well above the 25 mid-level, as buyers were at 8.9 units. Therefore, sellers could push SOL down to $11.03. The level can serve as a target for short-selling.

According to Santiment, SOL saw an upswing in development activity, but analysts remain pessimistic as weighted sentiment remained unchanged.

In addition, trading volume continued to increase even after the price decline of SOL. Could the increase in trading volume and the RSI reaching the oversold area cause a price reversal?

Russia: An increased demand for ASIC chips in the country could mean this