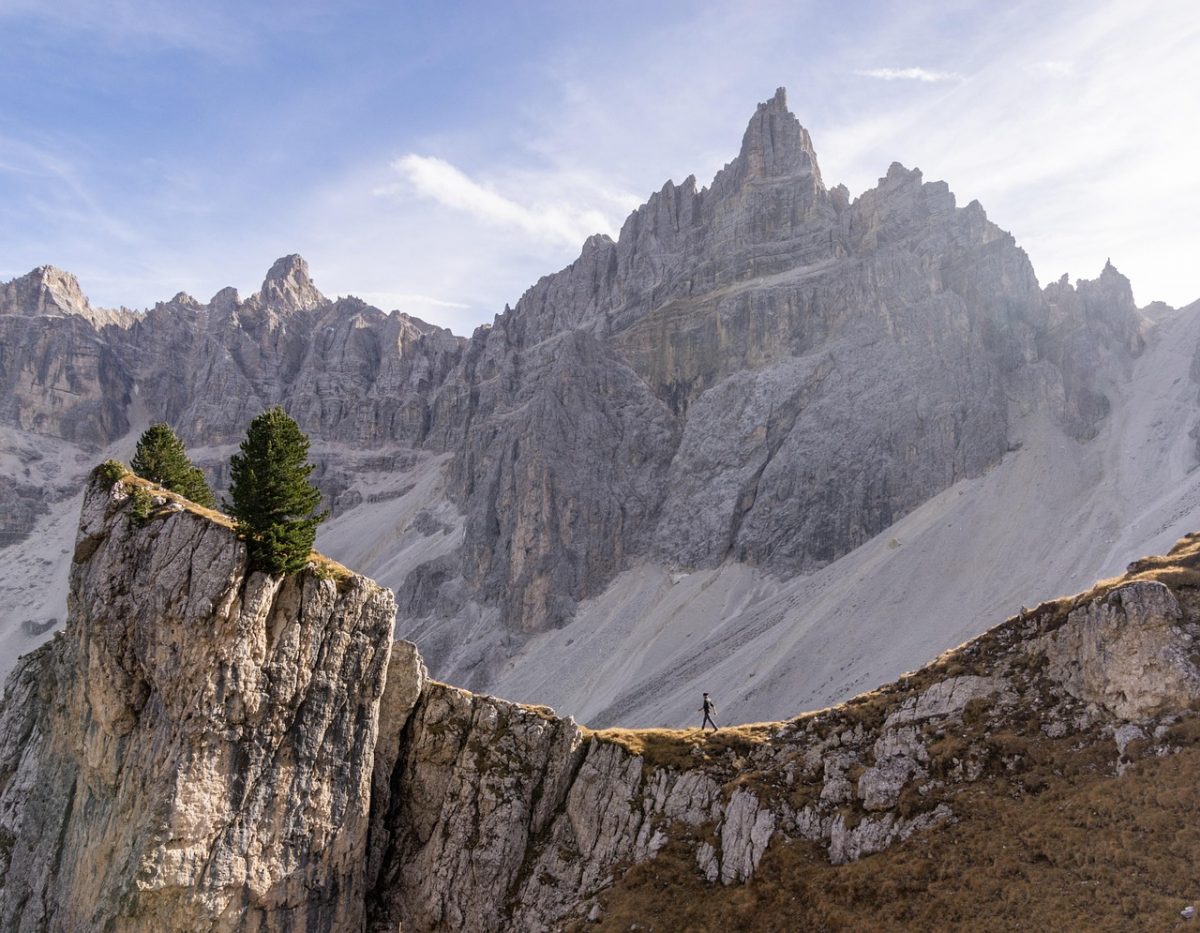 Bitcoin was back at an area of resistance that it has toiled beneath since November. The $17.6k-$18k area would be vitally important for the bulls to conquer before they can hope to make further advances. Solana [SOL] witnessed some gains in recent days but its higher timeframe downtrend remained unbroken.

Solana’s affiliation with SBF and FTX meant investor confidence in the asset was near all-time lows. NFT trade count has been good in recent months but didn’t hold a candle to the highs in February or even June and July.

A bearish breaker impeded SOL progress, here is why $15 is critical 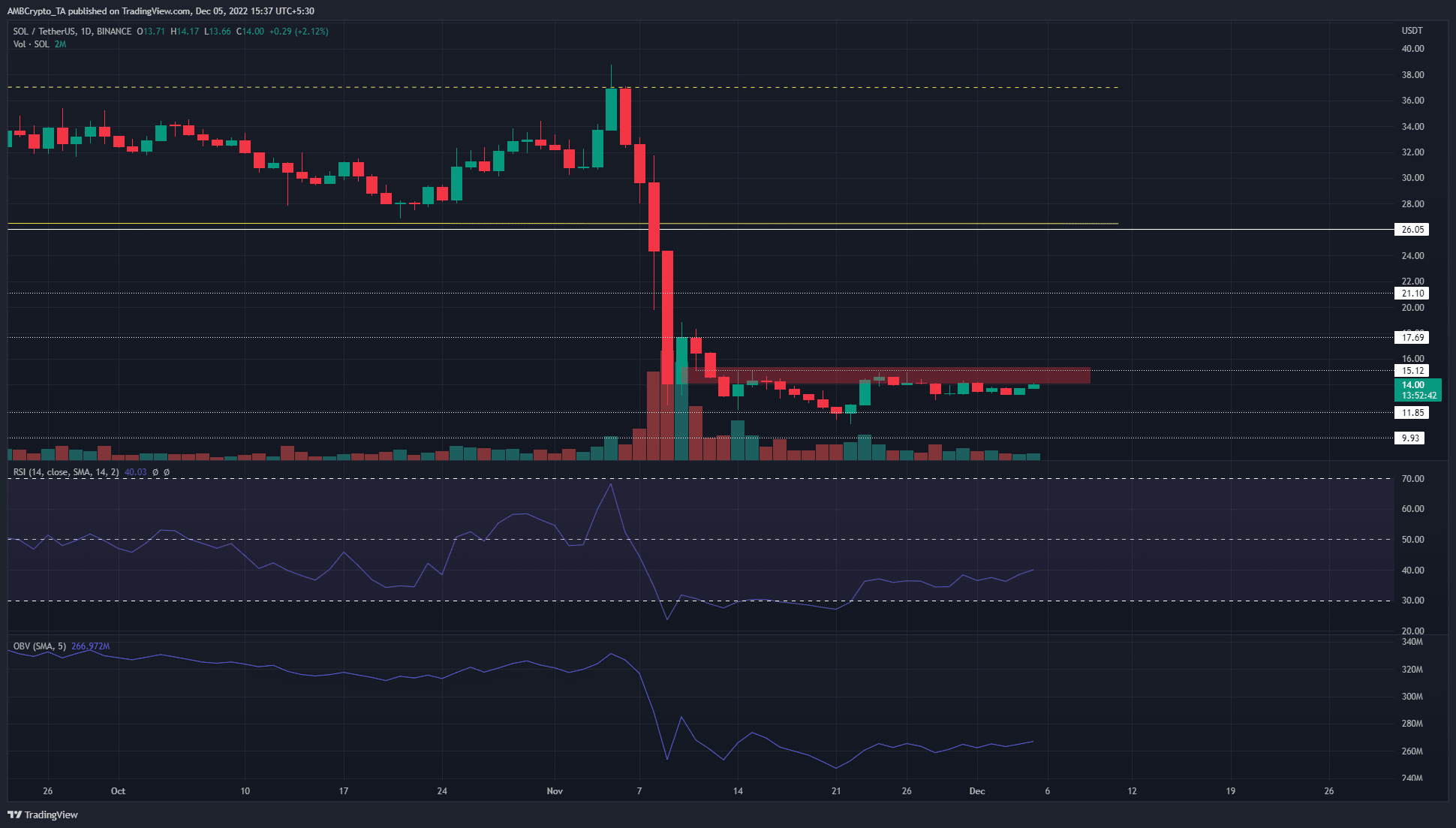 On 10 November, Solana formed a bullish order block and soared from $14.15 to $17.67. In doing so, it established an area of demand in the $14.15 region. However, this zone was broken in the intense selling that followed. Thereby, the former bullish order block was flipped to a bearish breaker.

Since then, SOL witnessed multiple rejections from that zone, which were especially visible on timeframes such as the four-hour chart. At the time of writing, SOL advanced once more toward the $15 mark.

The On-Balance Volume (OBV) has been flat since 8 November and indicated buying pressure that stood equal to the selling pressure. The Relative Strength Index (RSI) also climbed steadily to stand at 40 but did not show bullish momentum yet. Taken together, the evidence presented a lack of strong demand behind SOL. If BTC faces trouble in the $17.6k area and drops quickly, SOL would be likely to follow.

Meanwhile, a move past $15 and its retest as support can present a buying opportunity. A daily session close above $14.6 would also represent a flip in structure to bullish and would encourage buyers.

The weighted sentiment is negative while NFT trade volume declines

The funding rate on Binance was close to 0 but had been extremely negative in recent weeks owing to the asset’s trend. Futures market participants betted in droves on further price drops for SOL. In the past few days, this bearish sentiment quietened down. Despite that, the weighted sentiment metric was in negative territory.

Tron, its latest update, and how it affects TRX’s much-anticipated rally

Avalanche [AVAX] rallies over the past week, but do not celebrate just yet