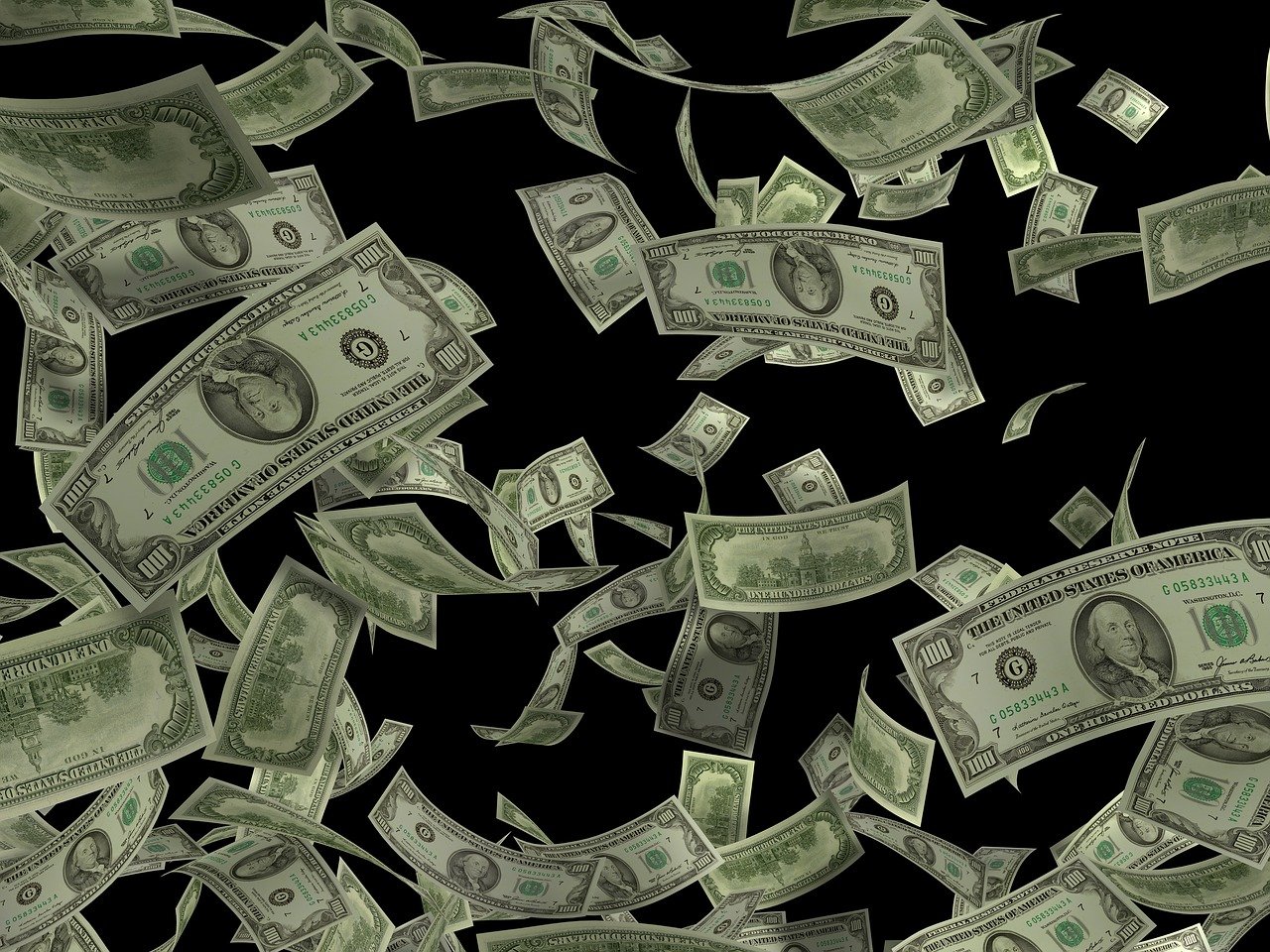 Bitcoin appeared to be recovering over the past two days after macro concerns worldwide had pushed the largest cryptocurrency to lose significant valuation, along with most other crypto assets. In fact, investors have been holding strong amidst the past week’s havoc, with digital asset flows registering renewed positive movement.

In the last week of February, $38 million was poured into digital asset investment funds, “despite the ongoing turmoil in Eastern Europe”, noted CoinShares in its latest report.

This, despite the flourishing market crypto Exchange Traded Products have in Europe, with around 79 ETPs trading on various exchanges across the continent.

However, the state of war in Europe and the economic concerns that it accompanies could explain the sudden outflow from risky products such as cryptocurrencies. Moreover, economic sanctions on Russia have further ignited this issue, with European stocks showing a similar decline.

Another interesting aspect from last week has been the emergence of Bitcoin as a reliable store of wealth, even as many had questioned its value as the asset dipped earlier in the week. The CoinShares’ report noted that Bitcoin saw inflows totaling $17 million last week, which marked its 5th consecutive week of inflows amounting to $239. Ether in comparison saw inflows totaling $4.2 million, while most other altcoins saw no positive change. 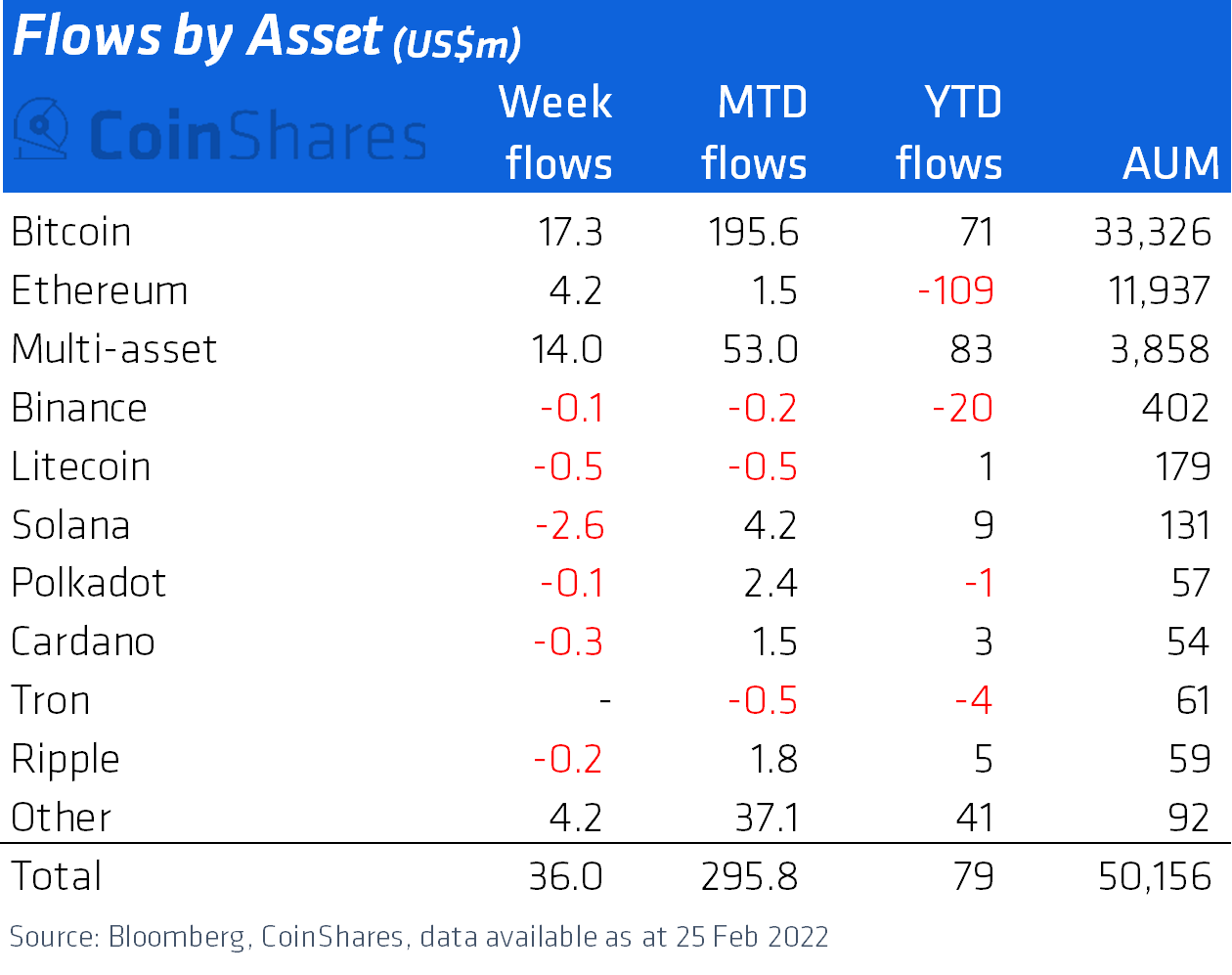 The sudden capital influx into Bitcoin has played into its proposition as a secure asset akin to, or even better than gold. While earlier this week, gold had seen sudden renewed interest as panic from the Russian invasion spread and most equity and crypto markets tanked. While this had led many to criticize Bitcoin’s role as “digital gold”, its sudden comeback has had a hugely positive impact on the market, with most other digital assets following suit.

While the recovery of altcoins has only been noticed in the past two days, the report noted that last week, “Solana and Litecoin were the primary focus of negative investor sentiment with outflows totaling US$2.6m and US$0.5m respectively.”

The only altcoin that saw any inflows in its investment products was surprisingly Tezos. It saw inflows totaling $4.4million during this time, representing 14% of assets under management. This is possibly due to the renewed activity recently noted on the network, thanks to its evolving NFT infrastructure and growing adoption. 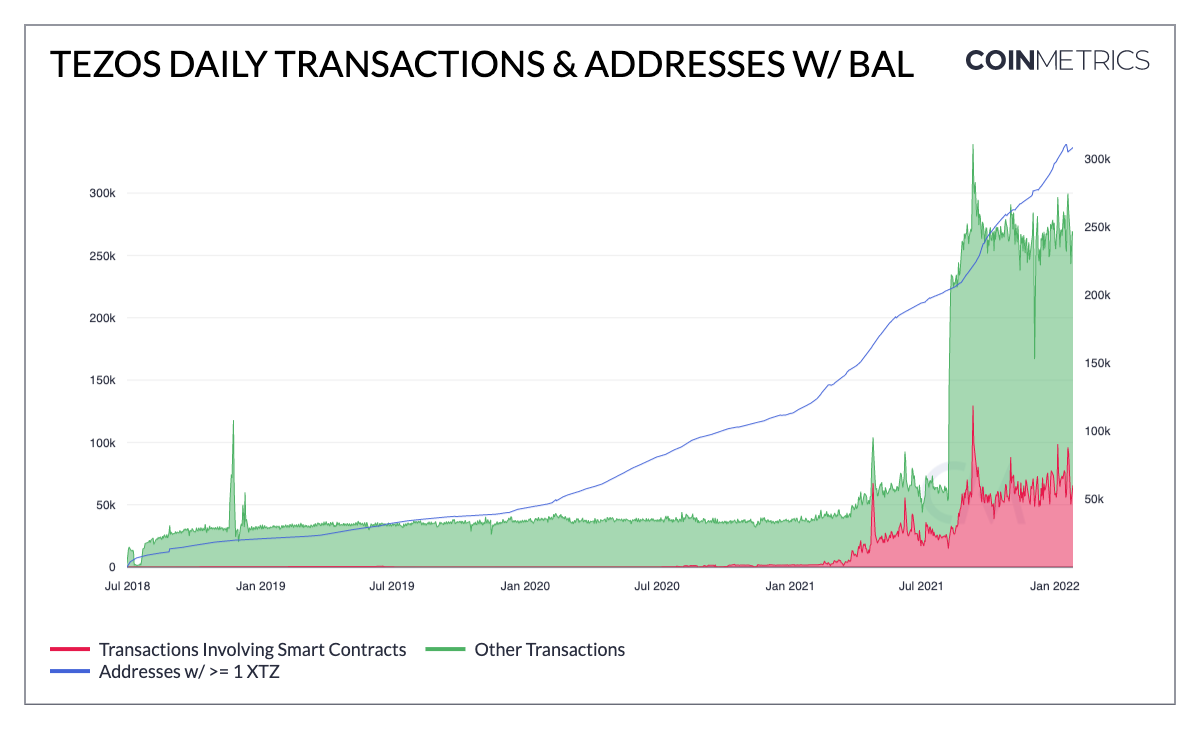 Its total daily transactions and active addresses have been making new highs since late last year after upgrades improved scalability on the network. Many in the past have touted it as an efficient Ethereum killer, even as its native cryptocurrency XTZ is 48th in terms of market capitalization, according to CoinGecko.

Ethereum: Why ‘to buy or not to buy’ is not the question to ask