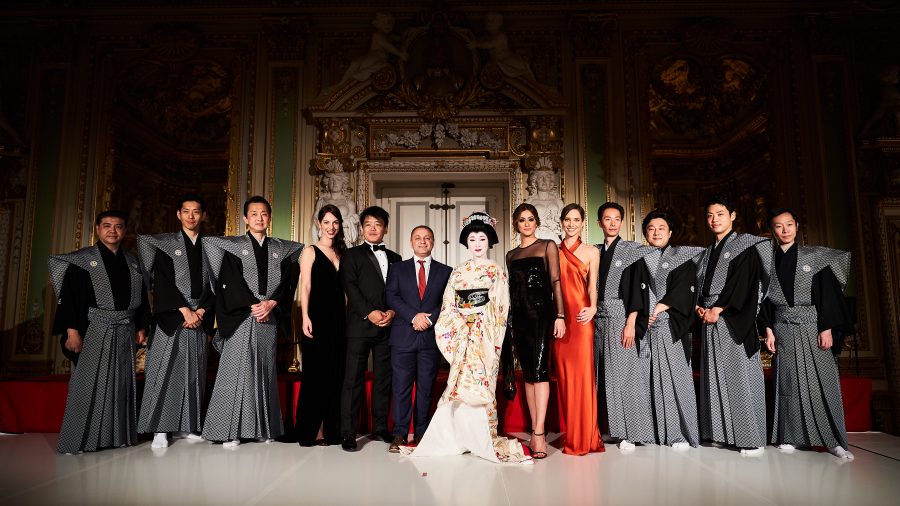 The Ganapati Group, well-known in the iGaming industry for its distinctive Japanese-themed games, held an exclusive event on October 30, 2018, to officially announce the launch of the G8C token, to be issued by its subsidiary, GanaEight Coin Limited. The launch was strategically planned to coincide with Malta Blockchain Week, kicking off the week of blockchain-related conferences and events in style.
The party took place at the spectacular Grade 1 listed palace, Palazzo Parisio, in Naxxar, and was attended by a whole host of top names in the blockchain, iGaming, and tech firms from all over the world. Not only that, but key members of the Maltese government were in attendance, including Kurt Farrugia, the Head of Communications of the Government of Malta.

The Prime Minister of Malta, Joseph Muscat, also declared his full support for the Ganapati Group’s blockchain-based initiative, recognizing the launch of the G8C token as a significant step for Malta becoming a world leader in technical innovation. Muscat went so far as to record a special video message, which was broadcasted at the party, expressing this sentiment to the 300-odd guests in attendance.
The G8C token brings with it an entirely new approach to online gaming. It represents an inventive merging of blockchain technology with iGaming – the token is not only a digital currency to be used on online gaming platforms, but is designed to be bet directly on its own original blockchain platform.
The token offers a number of standout features, a noteworthy one being the lack of transaction fees required to bet with it, enabling quick and cheap play. The G8C token describes itself as a new form of stablecoin – it will hold a stable value, therefore ensuring lower risk and greater reassurance for the investors. This marks a first for the iGaming industry, as no other gaming ICOs are offered as such.
The token’s launch saw an unforgettable evening at Palazzo Parisio, with highlights including the various types of Japanese sake on offer and the delicious sushi prepared and served by an authentic sushi chef from Japan. In continuation of the prevailing Japanese theme, one of the most remarkable moments of the night was the mesmerizing performance from a real-life geisha, flown in from Kyoto, Japan. The geisha and accompanying Japanese musicians, playing traditional Japanese instruments such as the shamisen [a three-stringed guitar-like instrument], put on a spellbinding show which transported party guests to olden-day Japan.

The tempo was raised at the masquerade afterparty, held at the elegant TwentyTwo in Portomaso, which saw the fun continue well into the early hours.
With such a memorable Japanese theme running through the launch party, it is not surprising that the event attracted significant attention from both industry VIPs and national media alike, well and truly putting the Ganapati Group and G8C on the map. The success of the launch and the guests’ obvious interest in G8C has left a distinct air of excitement about what is next from the Ganapati Group.