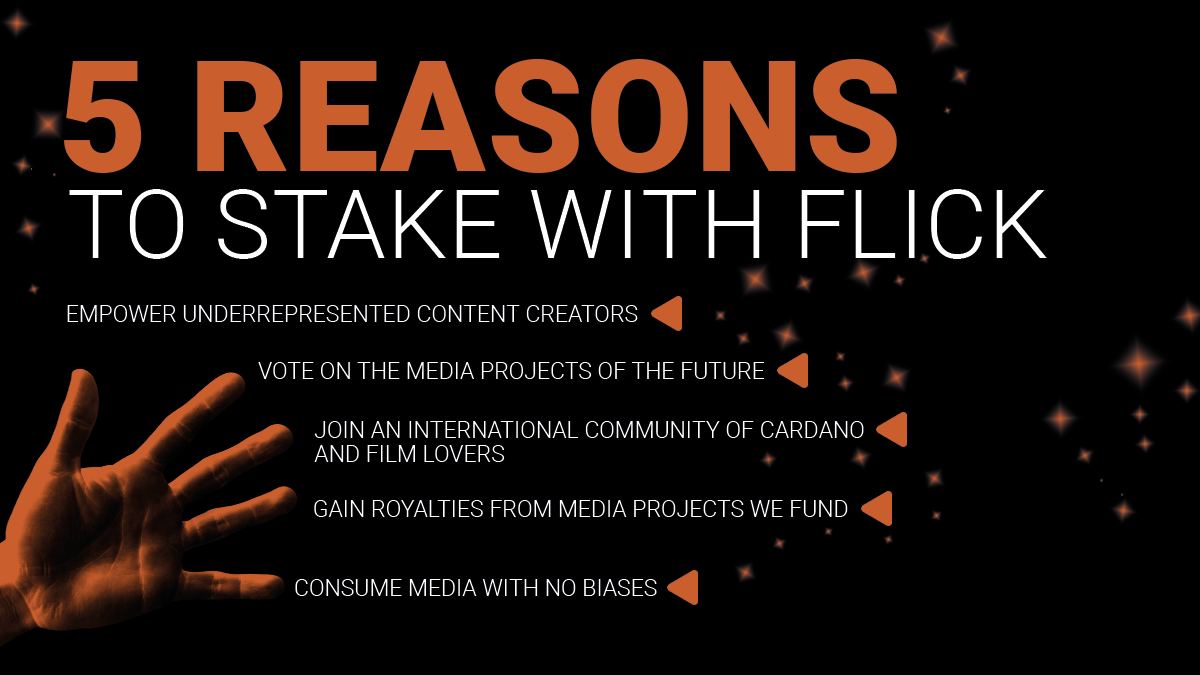 Flickto is the first of its kind. An organization changing the legacy of the media industry through leveraging the principles of decentralization and democratization.

Early on, the team recognized a need for identifying the media franchises of the future, while leaving the majority of the intellectual property and revenue in the hands of the creator.

Fans, enthusiasts, and consumers have been shut out of ownership through investment regulations that create high barriers to entry for media ownership.

Flickto has found a way to remove these barriers to entry through innovative cryptocurrency financing and community ownership.

Here are our 5 reasons why you should stake with [FLICK] today:

Their ISPO Remastered has just started, with the second epoch of it ending today at 21:45  UTC – If you’d like to stake then [FLICK] is the ticker symbol to search. On the other hand, if you want to buy $FLICK you can do this on both Muesli Swap and SundaeSwap.