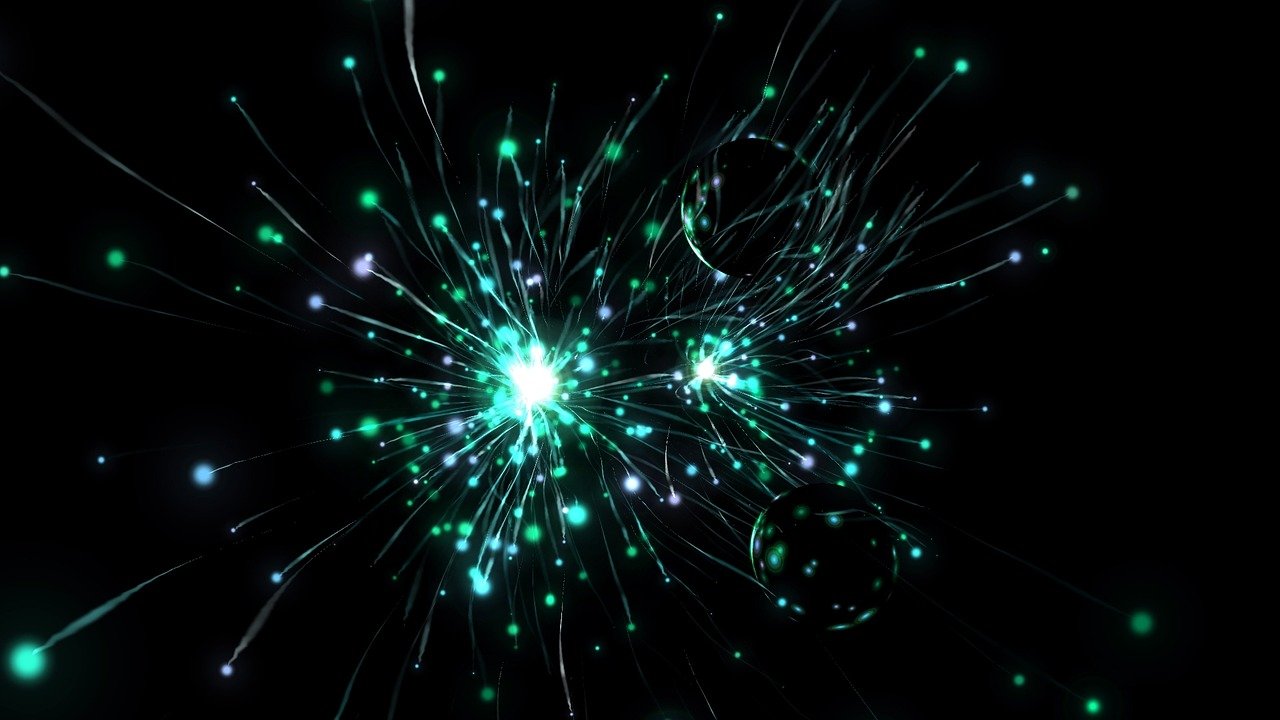 The Crypto Fear and Greed Index registered a value of 90 at press time, with calls for a deeper Bitcoin correction yet to come to the fore. Stellar Lumens was on a downtrend over the past three weeks, but it could see a breakout to the upside in the coming days. Aave saw a bearish reversal, while DigiByte was on a strong downtrend. 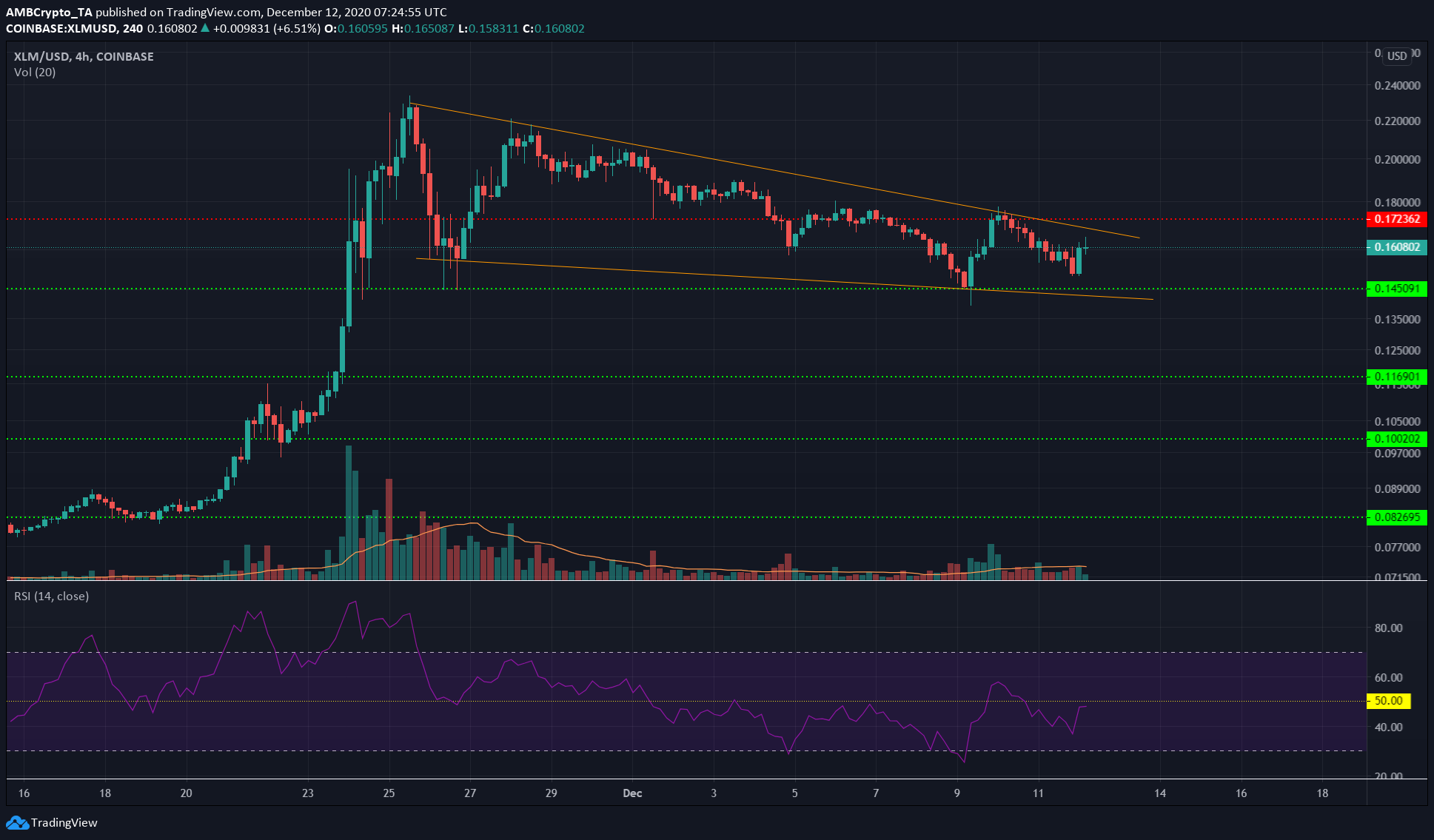 Stellar Lumens formed a falling wedge pattern on the charts over the past three weeks. This is a pattern that generally sees the price experience a breakout to the upside, although a minority of the cases see a break to the downside as well.

Within the pattern, the price was on a downtrend. This was evidenced by both the series of lower highs XLM formed, as well as its RSI which was below 50 for the most part.

A breakout in either direction is confirmed when the price closes a trading session on good volume outside the pattern. XLM enjoyed a level of support at $0.145 and a resistance level at $0.172. 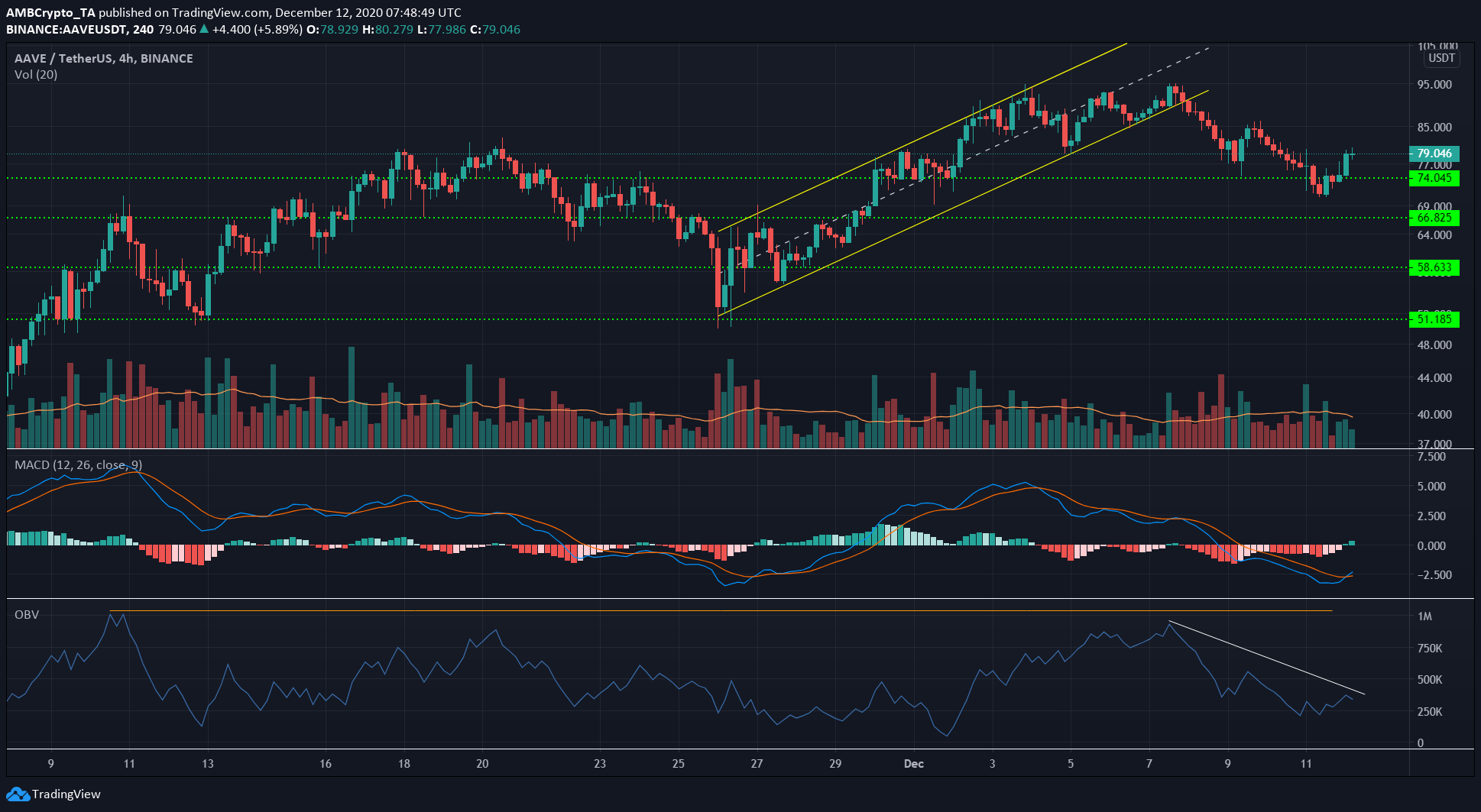 AAVE closed a session below the ascending channel. In a bearish reversal pattern, the channel generally sees the price retrace its gains back to the channel’s base. In this case, the target for the bears would be $52-$58.

The price was observed to be on a short-term downtrend over the past few days. The MACD crossed the zero line and underlined bearish momentum, however, it formed a bullish crossover to generate a weak buy signal.

The level of support at $74 was defended, but bears could have another go. While the price reached a local high at $93, the buying volume was unable to keep up (orange). The past few days saw the OBV trend downwards too (white).

This suggested that AAVE could be headed further south in the coming days, provided the $74-level is broken by the bears. 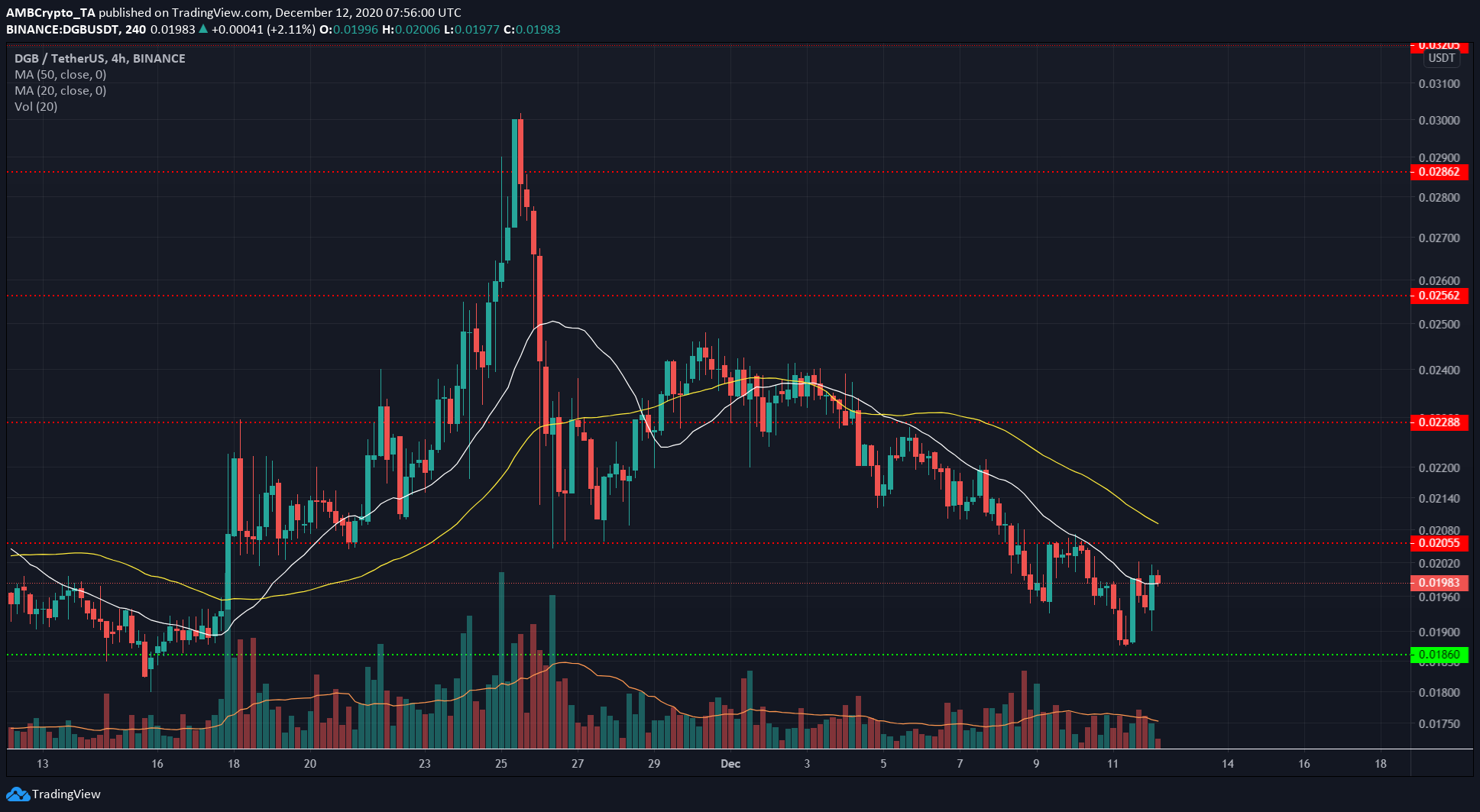 DGB posted a series of lower highs since its local high at $0.03 in late-November. It was trading at $0.0198, at the time of writing, and was on a downtrend.

Bitcoin: Why it will be a bumpy road ahead for HODLers, day traders