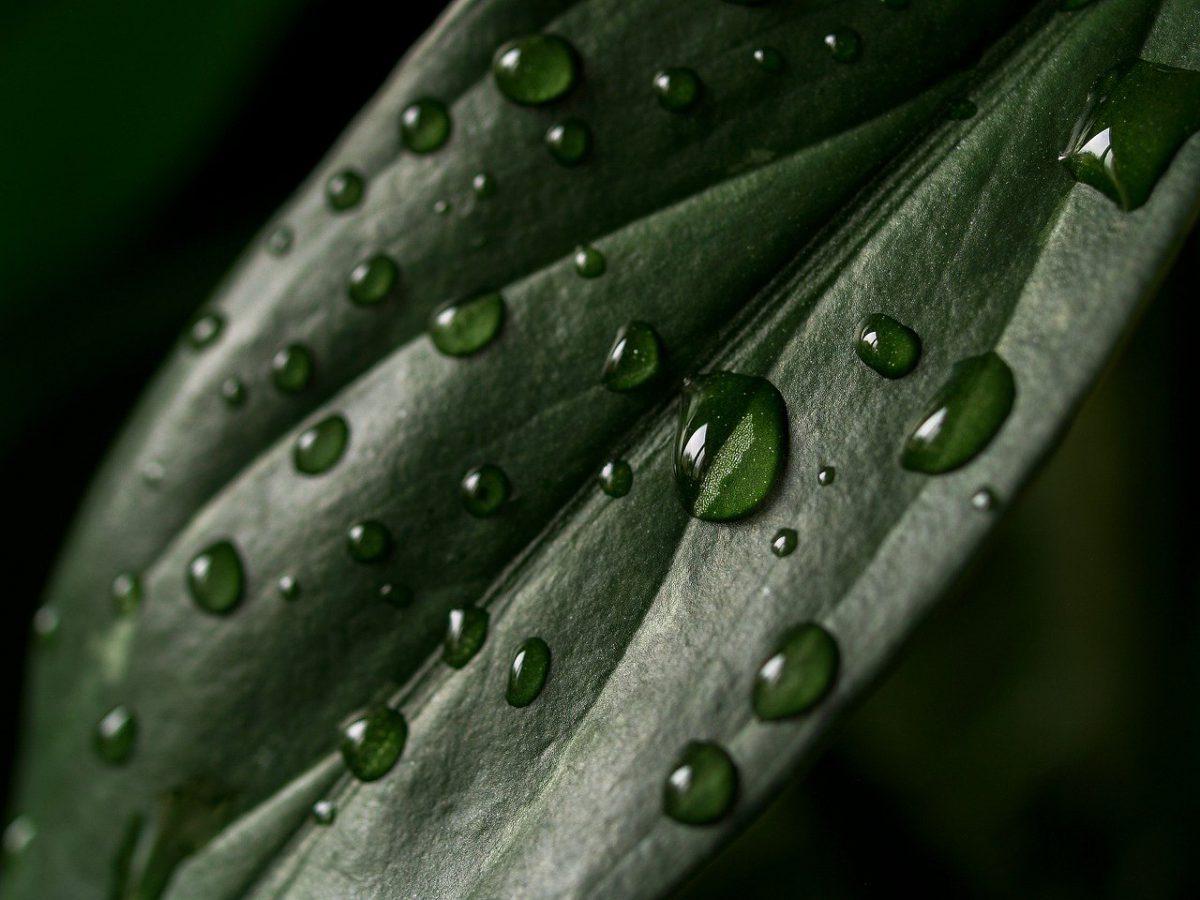 Stellar Lumens was clinging to its level of support at $0.48 and appeared to be waiting for a breakout in either direction, at press time. STEEM approached an area where sellers might look to force the prices lower, whereas Compound looked to move towards $500 once more. 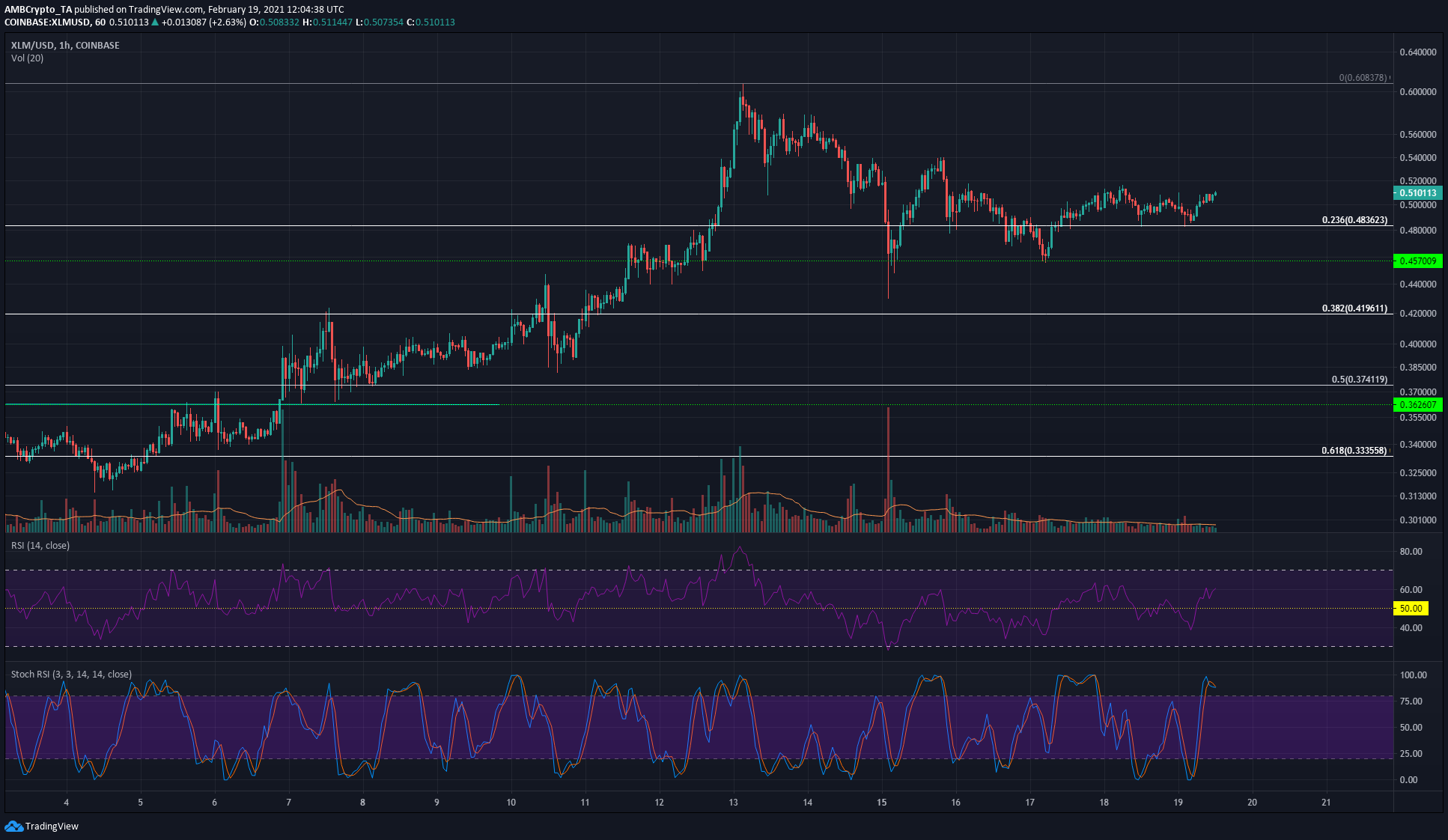 The 23.6% retracement level on XLM’s charts rebuffed sellers multiple times over the past few days. In fact, trading volume slowed down too, with XLM noting a lack of conviction from market participants, at the time of writing. However, its previous trend seemed to be strongly bullish, representing a buy opportunity.

The RSI was above 50, indicative of bullish momentum in the short-term. The Stochastic RSI was heading towards the overbought zone, but wasn’t indicative of a dip by itself. 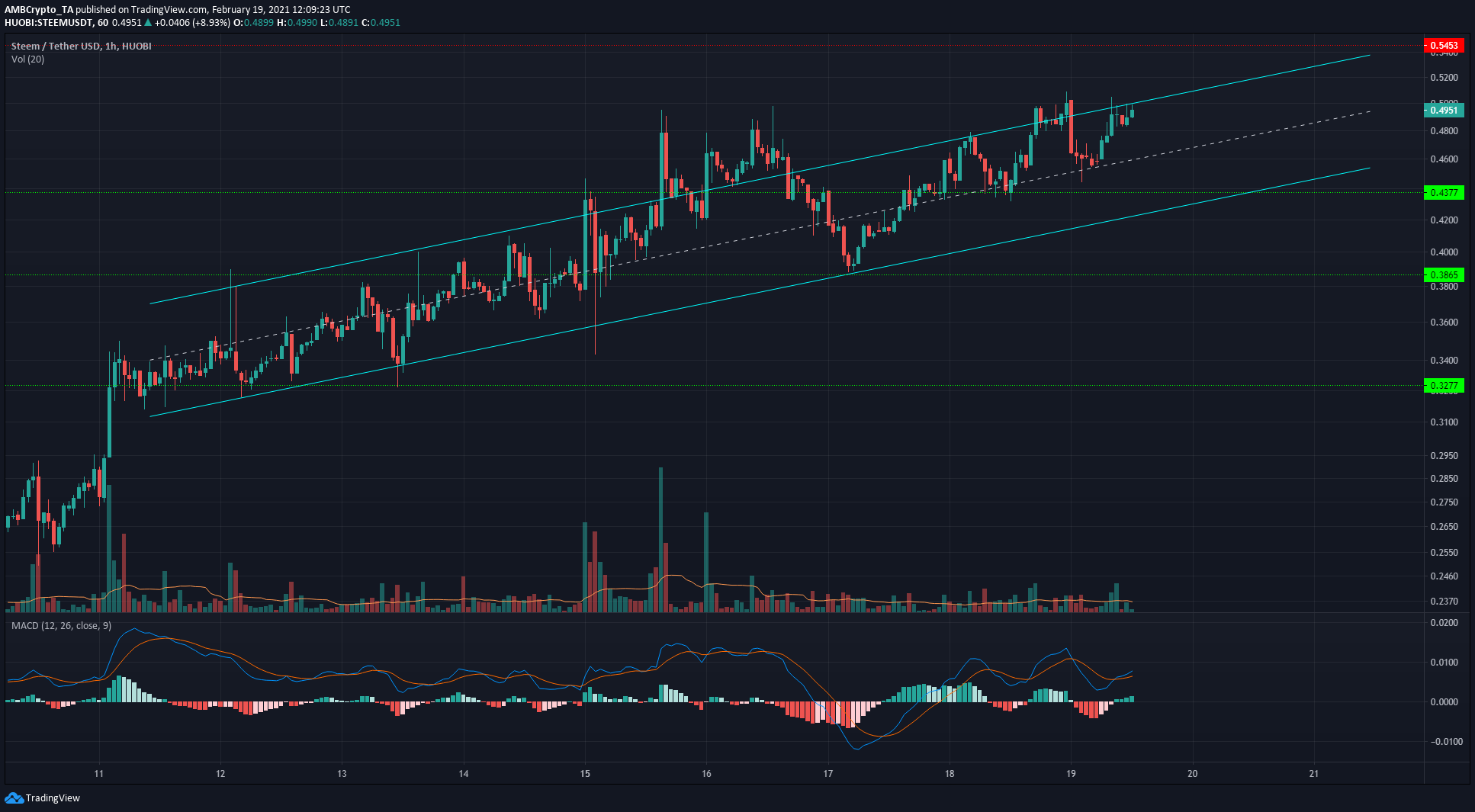 STEEM was trading within an ascending channel over the past week. Its previous attempts to break out to the upside were rebuffed by the market’s sellers. The mid-point of the channel has also acted as support and resistance in the past.

While the trading volume has not been consistent, there have been gains noted backed by strong volume over the past couple of days, with the same meeting resistance at the upper boundary of the channel.

This could repeat once more after STEEM moves higher after testing the mid-point of the channel as support. At the time of writing, the MACD was noting bullish momentum as STEEM continued its upward trend. 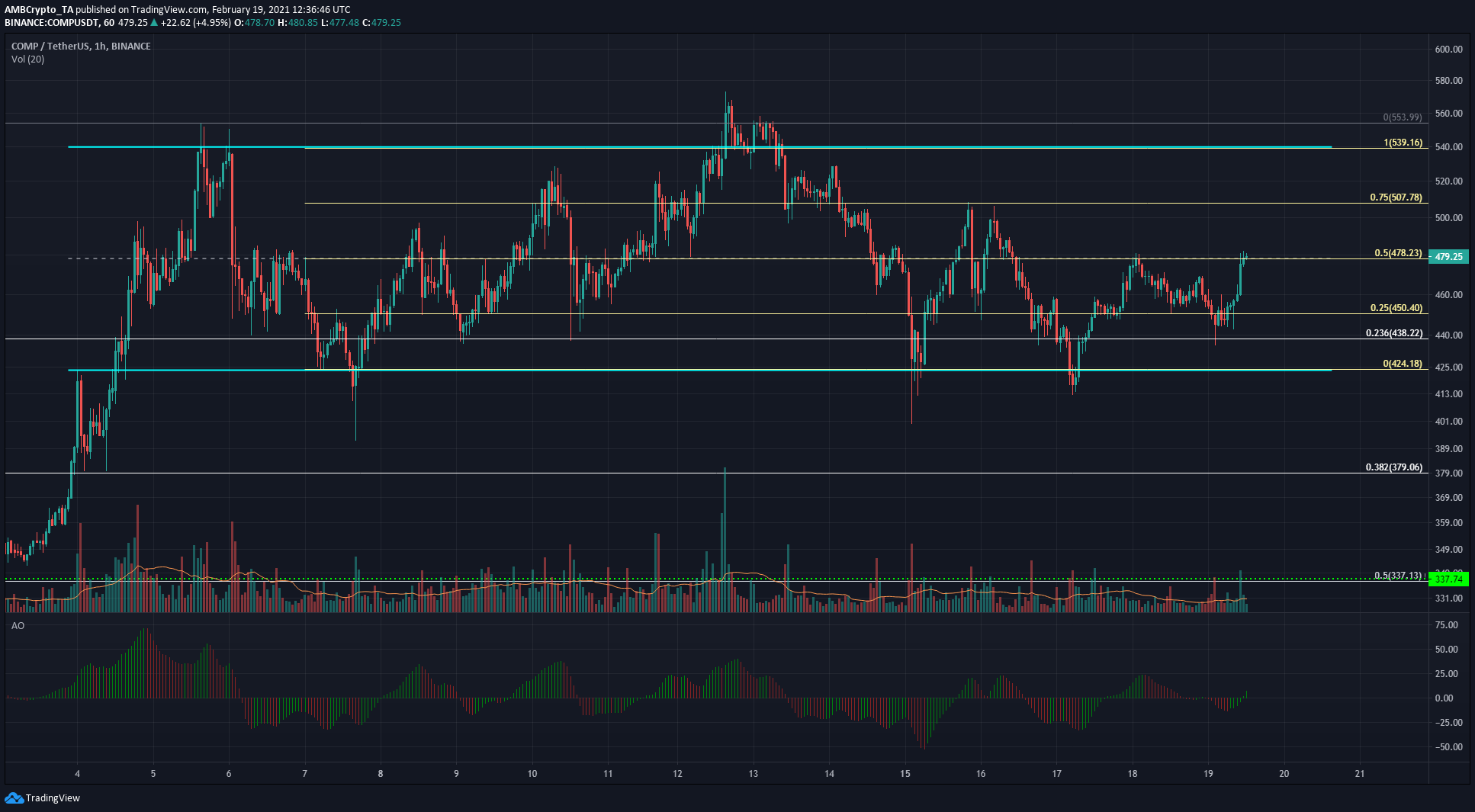 COMP was trading within the range of $424 to $539. Using the Gann rule of eighths, more levels of potential short-term support and resistance were highlighted for COMP. At the time of writing, COMP surged from $450 to $478, the mid-point of the range, backed by strong trading volumes.

The Awesome Oscillator underlined that bullish momentum behind COMP was rising, with the same crossing above zero.

A move above $478, followed by a retest of this level as support, can be expected, and the likely outcome in the short-term would be a test of $507 as resistance next for COMP.

Why it’s worth keeping an eye on Bitcoin’s volatility