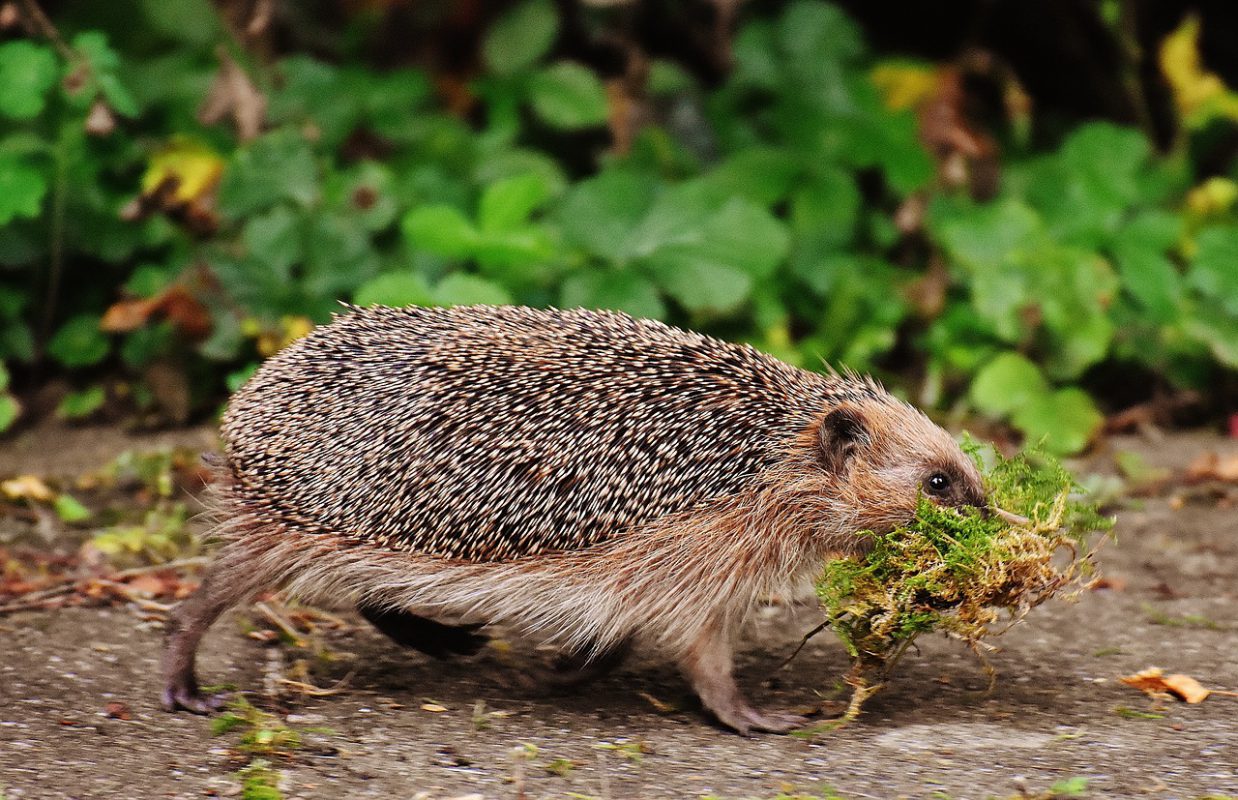 Stellar Lumens showed a lack of momentum as it slowly slid beneath the $0.5 level and retested it as resistance. Synthetix also approached a level of support, driven by bearish pressure. Decred could see a dip to $140, while a drop any further would lead to a correction toward $100. 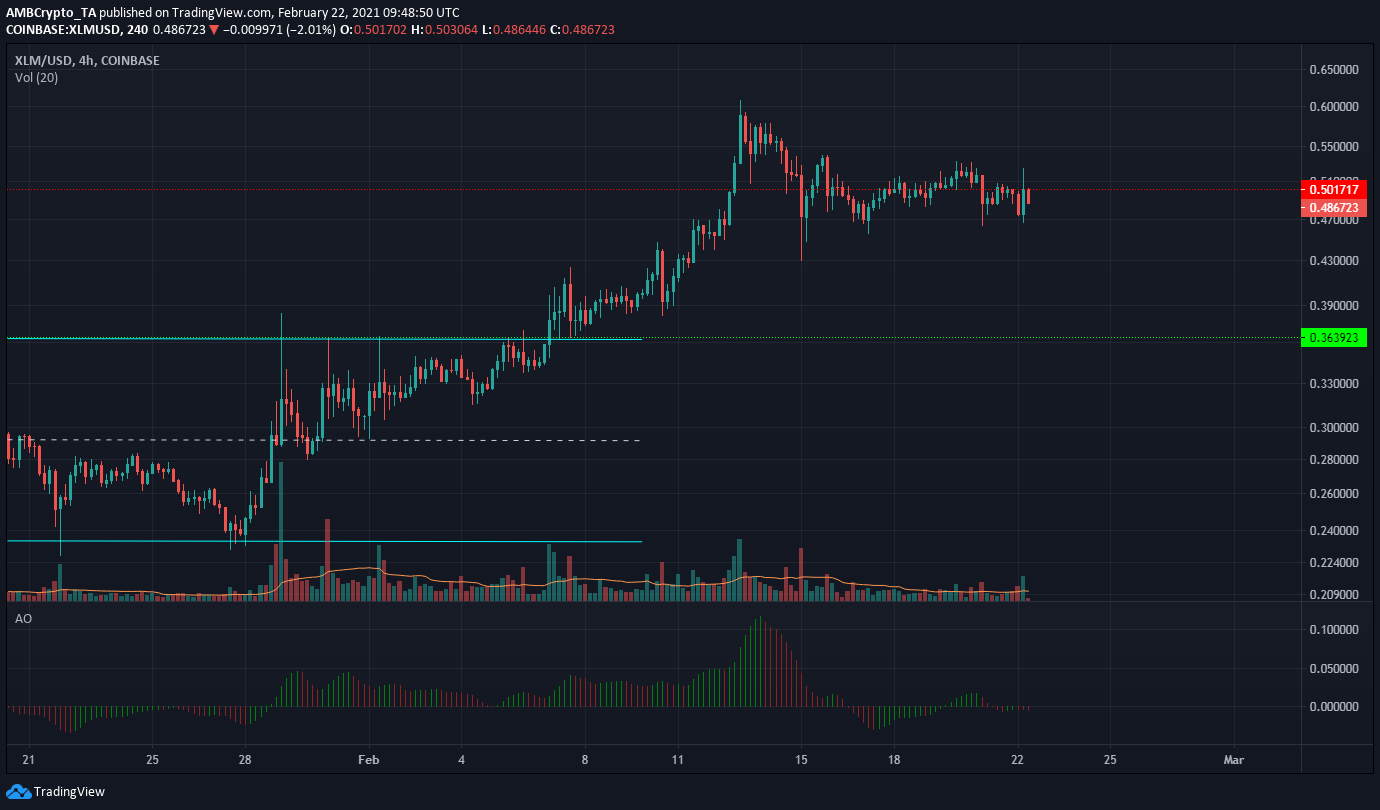 Marked in cyan is a range that XLM was trading within in January. This range extended from $0.22 to $0.36, and a breakout above this range presented a target of $0.5 for XLM bulls.

This was achieved in mid-February, but the trading activity has begun to go silent since then. The $0.5 level saw XLM oscillate above and below it, and the market could see further consolidation for XLM in this region.

In support of this, the Awesome Oscillator showed hardly any momentum to either direction on the 4-hour chart, and trading volume was also trending lower. 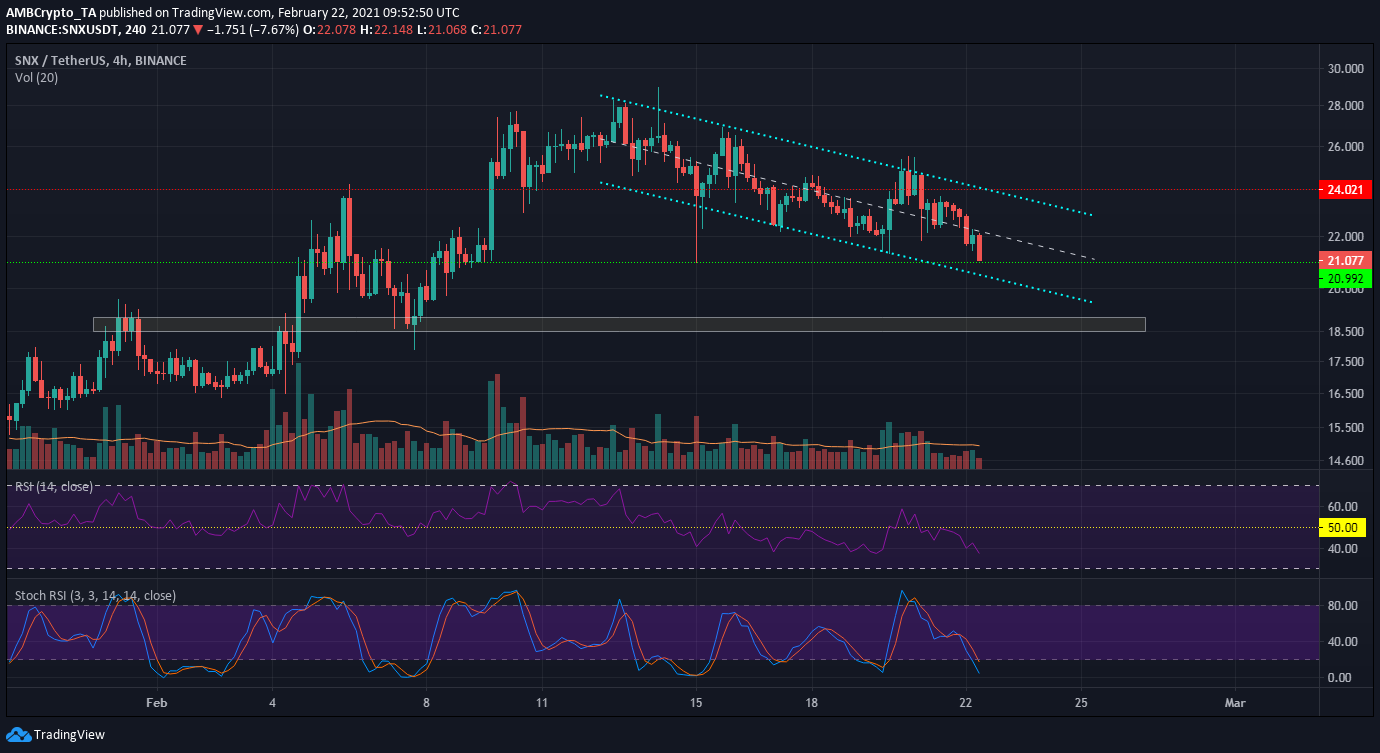 Synthetix was trading within a descending channel (cyan) and approached the $21 level of support. This level had served as a stout support level earlier this month and could do the same once more.

However, the momentum appeared to be strongly in bearish favor. The RSI slid beneath neutral 50 and the Stochastic RSI was also diving toward the oversold territory.

Taken together, it is likely that SNX will slip beneath $21 and retest it as resistance over the next few trading sessions. 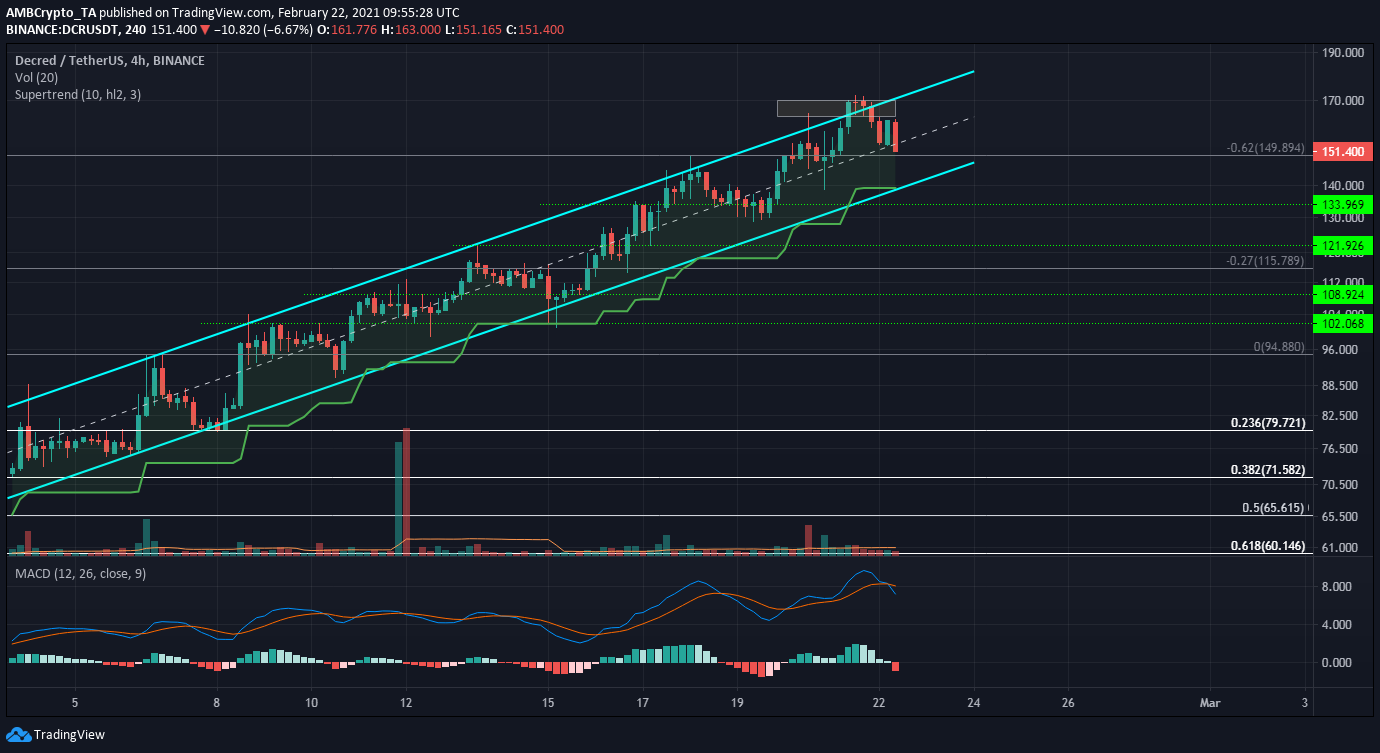 Decred was in a healthy uptrend but the region of supply was just below $170. The MACD formed a bearish crossover and showed that DCR could dip lower still. This would mean that the lower boundary of the channel, the $140-$142 region will be a good buying opportunity for DCR over the next few hours.

The 62% extension level at $149 could also see some demand. Closing a trading session below the mid-point of the range will point toward a visit of the channel’s lower depths.

Crypto has issues; bitcoin is inefficient for conducting transactions, says US Treasury Secy