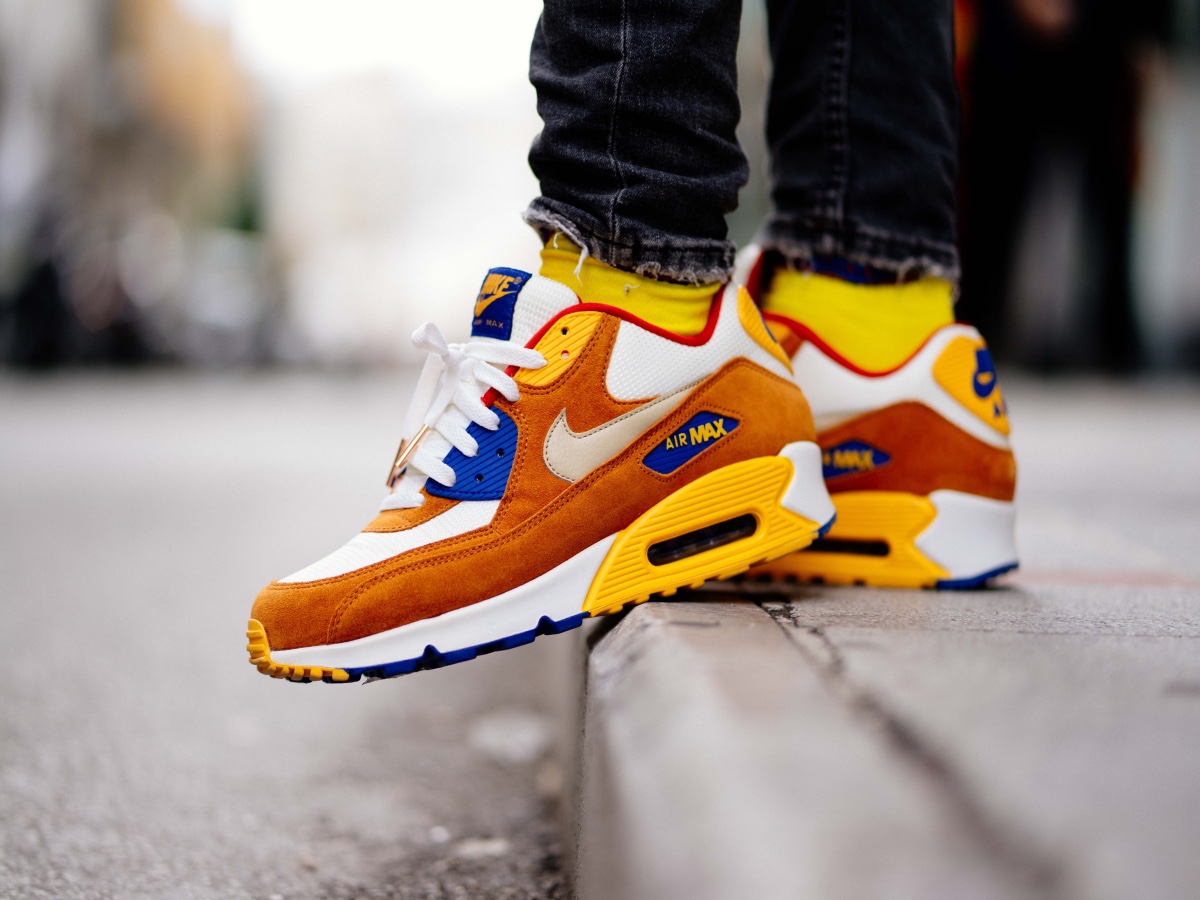 At the time of writing, most of the top 20 coins were in the red and it looked like another day would go by with bulls shivering in their pens, praying that the bears would go away. Bitcoin was still below $40k and Ether was under $3k. In fact, even alts haven’t been able to escape the latest spell as Santiment data reported these coins were down by around 20% in the last month.

However, there are always a few faces that seem to rise in times of adversity.

STEPN [GMT] was one of them.

What doesn’t kill you, makes you greener?

At press time, STEPN was the 45th biggest crypto by market cap. The exercise and Web3-based GMT token was trading at $3.95 after rocketing by 17.64% in the past day and rallying by 22.03% in the last week, touching new all-time-highs in the process. GMT also saw the highest weekly rally among the top 50 cryptos.

So, do the volumes check out? According to Santiment data, the latest rally was followed by a spike in volumes. However, with GMT touching new heights, there are corrections to think about.

On that note, TradingView’s Bollinger Bands indicator shows us that the bands are widening, which indicates upcoming volatility. Adding to that, the last two green candles for GMT have crossed the top band, signaling that traders might take GMT to be an overbought asset. 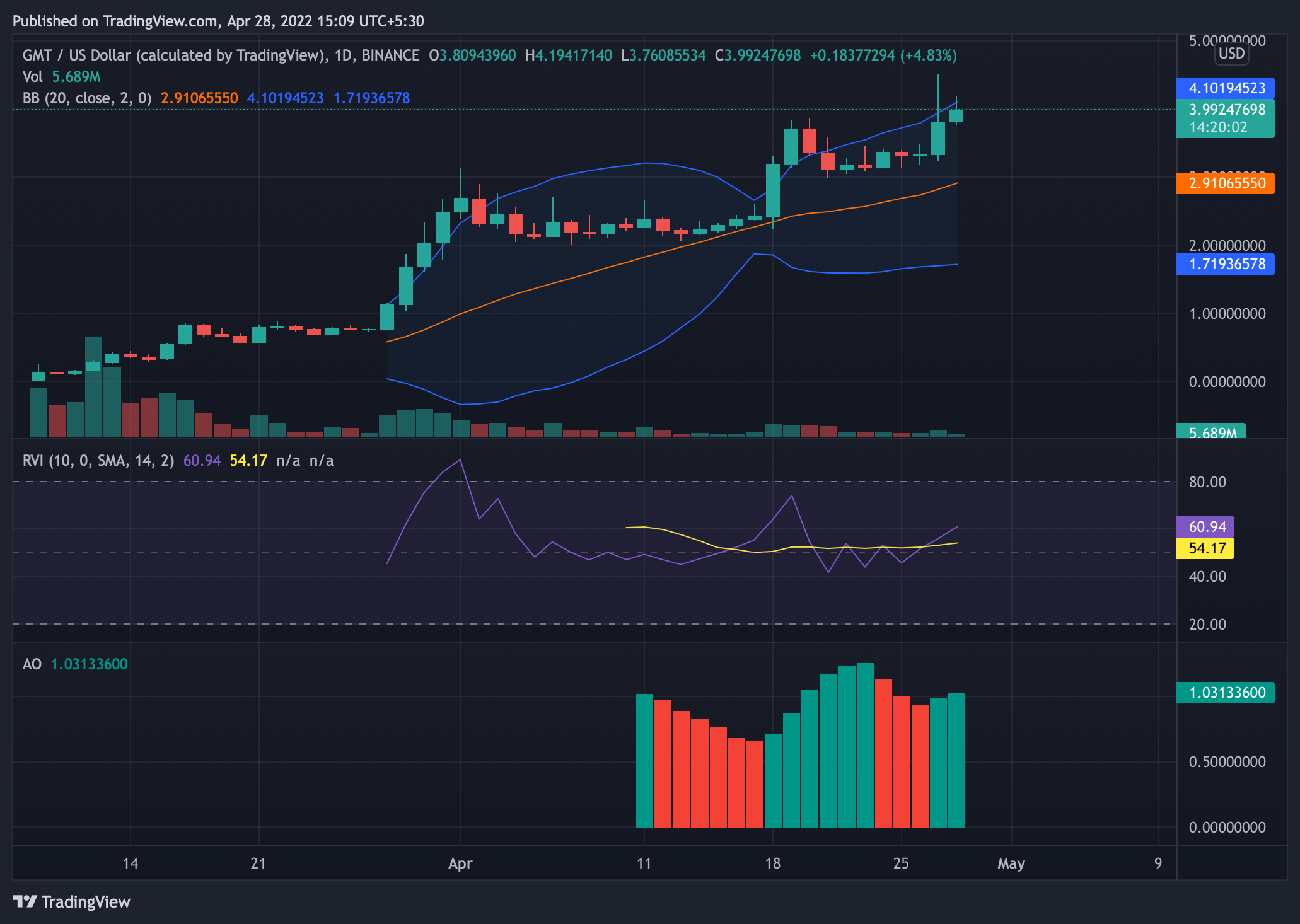 What’s more, the Relative Volatility Index [RVI] recorded a value above 50, which signals that any upcoming volatility is likely to be in the upward direction. This is good news for bulls who want to see GMT prices scale higher.

So is now the time to buy in? Well, that’s a question investors have to answer for themselves, but the Awesome Oscillator [AO] was flashing green bars at press time, which hints that traders are interested in filling up their shopping bags.

That being said, a warning is pertinent. There is considerable hype surrounding the project now, and STEPN too has claimed to be unlocking incredible user adoption milestones.

A new milestone has been achieved. pic.twitter.com/FbMpK6RKwo

However, it’s up to individual traders to do their research and decide if the project’s fundamentals and transparency levels meet their standards.

Finally, note that STEPN is enjoying the effects of a hype bubble even as the wider market was red. For that reason, it’s necessary for traders to be extra cautious in case of sudden shock changes – or market corrections.

Crypto to overtake traditional investments? Here’s what the survey states