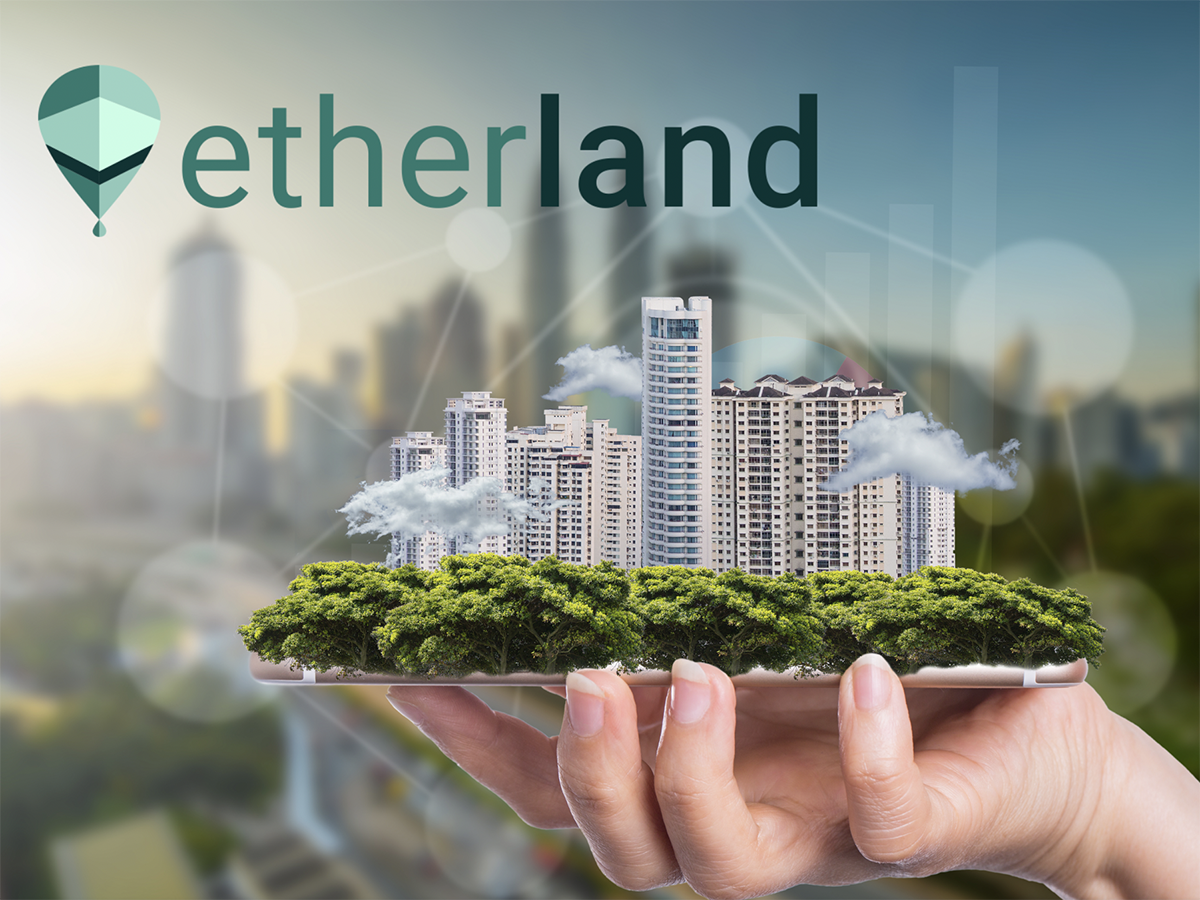 Traditionally, buying or selling a house or any piece of land is an exhaustive process that involves consulting a cadaster or publicly displaying the sale. While the cadaster itself is a centralized method of registering all information regarding a piece of land, it is not a universal method.

It can be said that some of the methods used by the real estate industry are obsolete and bringing decentralization and digitization to it using NFTs on blockchain technology and IPFS is the main goal of Etherland.

NFTs or Non-fungible Tokens are cryptographic tokens that are mutually unique and not interchangeable, basically, it is data that is stored on a blockchain that cannot be replaced by anything else.

While NFTs have been around for quite some time, their functionality has been gaining popularity in art, games, music, collectibles, and real estate recently. IPFS (InterPlanetary File System) is a peer-to-peer network used for storing and sharing data in a distributed file system.

Etherland is using NFTs on a blockchain along with IPFS to increase real estate visibility, promotion, buying, selling, and verification by adding a second layer to the World Metaverse and its Estatepedia.

The team behind Etherland came up with the concept of a comprehensive registry system bridging the gap between the real and the virtual worlds through the creation of its own metaverse modeled on planet Earth. The main goal of Etherland is to create a real ecosystem with the help of their fungible ELAND token and NFT LAND IDs.

Etherland’s mission is to create an immutable digital identity on their blockchain for every real estate on the planet. They want the owners to provide their users (and the owners) with control over the information about the property and get verified, adding this extra layer of data digitally would provide the users with information that can be used as legal evidence.

Anyone around the world can become a part of this Metaverse, even if they are not a real estate owner. All a user needs to do is to create a LAND ID token of a place and upload valid information which would be then verified by Etherland before approving the creation of the LAND ID.

As mentioned earlier, every real estate listed on the platform will have a unique LAND ID which would allow users to represent any place in the world be it their own estate or a famous monument, in a secular and fully decentralized manner. All of these would be listed on the blockchain as an NFT in the form of the LAND ID (ERC-721 token).

The LAND ID itself displays the country, type of terrain, infrastructure, city, and number of additions on the type of infrastructure. For example, the Pyramids of Giza would have the cadastral number EG.L.M.G.1 which stands for Egypt/landmark/Monument/Giza/1. Along with the LAND ID photos, videos, coordinates, all other important information about the place is also listed on Estatepedia.

The Estatepedia is Etherland’s marketplace wherein every listed place has its own page with details such as its map localization, real estate data, wiki website content along with visuals and videos. Estatepedia uses IPFS and the Ethereum blockchain together as a decentralized way of storing and exchanging this information.

Etherland is opening its marketplace for its users where they can now create their own LAND IDs with just a few good quality pictures, description, and a video which is then checked and verified by the team at Etherland.

The ELAND token and its use cases

ELAND is an upgraded ERC-20 blockchain protocol used on the Etherland platform and it can be used for gaming, data storage, green projects, and real estate applications. Some of the use cases of the ELAND token are,

ELAND would be used to interact with the platform on every level and when new LAND IDs are minted and added to the marketplace. The token is available on Uniswap and PancakeSwap and can be traded on Bilaxy. The ETH/ELAND pair’s orders can be analyzed on Dextools. 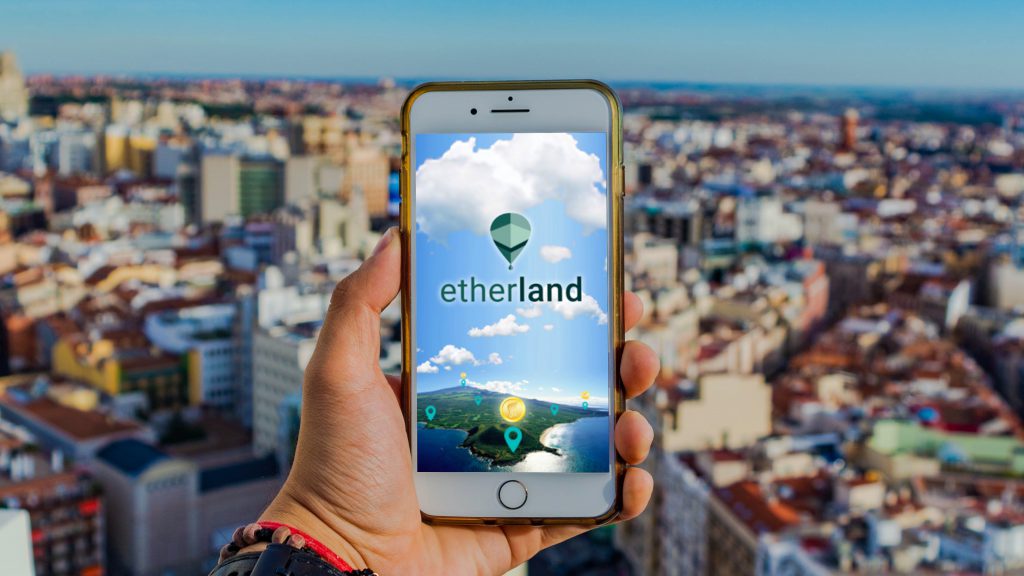 The Etherland mobile application is aiming to bring a 3D Augmented Reality mode for users which would be linked to their Land Identification Tokens (LAND IDs). The users will get the opportunity to receive NFTs directly to their Ethereum wallet if they catch the corresponding AR. A user or property owner can also validate their ownership using the same process.

To do its bit for the environment, Etherland plans to reward users who provide an Energy Efficiency Rating and its Environmental impact certificate with Carbon Credit Rewards.

Every property based on land and registered with a LAND ID on their marketplace is eligible for this reward, one which will be credited in ELAND to the linked with the LAND ID. The ratings range from D to A, the closer to the A rating, the higher the reward. 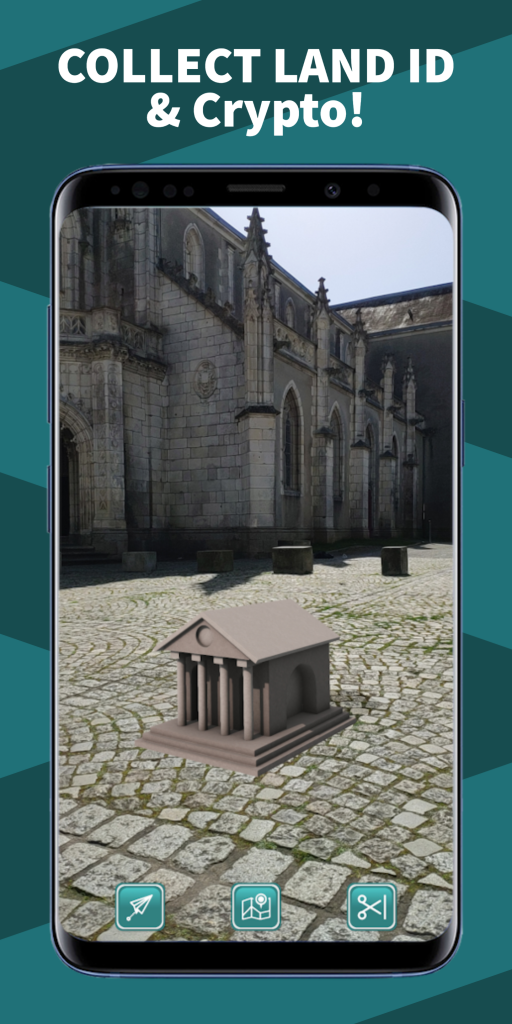 The Etherland project is promising, one that aims to solve the problem of real estate owners and buyers alike by integrating the real and the virtual world into blockchain technology with the help of NFTs and IPFS.

Etherland is not just limiting itself to listing real estate, but also opening up the market to users who would want to see iconic monuments all over the world and become part owners of these digitally.

They have a lot of new features in the pipeline such as Augmented Reality models that would be available on their mobile apps, or an updated marketplace with listings all around the world to cater to their growing userbase.

Etherland is taking the first step towards creating a virtual world that rests as an overlay on the real world and its users have a chance to be a part of this virtual ecosystem.