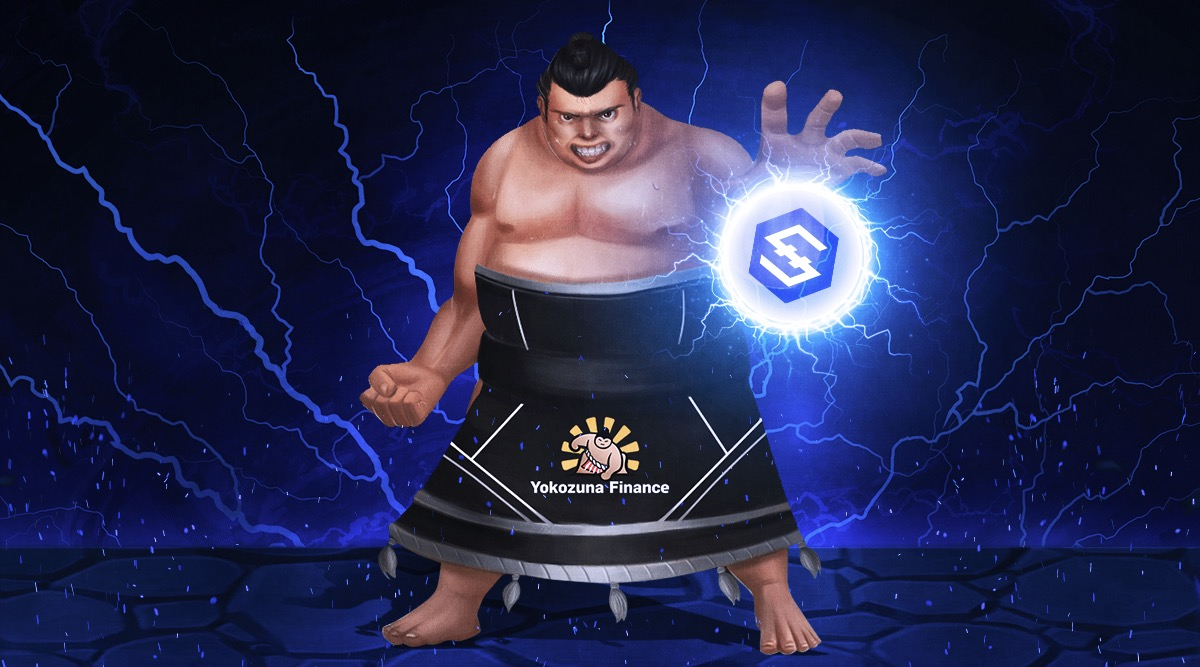 IOST-powered DeFi Protocol Yokozuna Finance officially launches its token $ZUNA. The sumo-themed gamified DeFi and NFT project has already created a buzz among the IOST and DeFi community and is continually breaking the record in the IOST’s Dapp Ecosystem.

The sumo-inspired project, with a total supply of 100,000,000 and a deflationary distribution model, will be offered via FAIR LAUNCH to stakers on app.yokozuna.fi is being developed and guided by an experienced global team and an advisory board composed of professional and contributing expertise from technology, finance, sports, entertainment, media and academia. Yokozuna Finance’s mission is to educate and entertain IOST fans while promoting the sport of Sumo to avid and non-traditional audiences around the world.

Built on the IOST Network for its efficiency, ultra-fast speed, and practically zero transaction costs, Yokozuna Finance will allow users to guide the journey of a young rikishi (sumo wrestler)  in hopes of becoming a Yokozuna or Grand Champion.

The projects’ early 2022 roadmap introduces auctions and a secondary marketplace where the project’s native token, ZUNA will be used exclusively to acquire, buy and sell SUMO NFT’s and related items to accessorize and enhance the performance including increased APY for users.

When fully realized, qualified NFT holders will own and govern the Yokozuna Finance DAO funded by transactions beginning December 10th followed by the innovative NFT system with learning-based earning and gamification that will launch in Q2 2022.

Ultimately, the owners of the DAO Fund will not only participate in the success of the DAO by receiving distributions but will vote to support global SUMO initiatives designed to grow the sport worldwide.

Yokozuna Finance has commissioned and passed a third-party security audit by Beosin and launched its’ website yokozuna.fi and dApp app.yokozuna.fi

Yokozuna will focus on building its NFT Platform and NFT System Sumo Gamification in early 2022. Cross-chain liquidity, NFT Governance of DAO, and Automated Trading Strategies, just to name a few in the long-term milestones the team aims to achieve.

More on Yokozuna’s Roadmap can be found here. To learn more about Yokozuna, check out Telegram, Twitter ,Japan Twitter

IOST Blockchain- An Ideal Home for your dApps

For DeFi decentralized applications to satisfactorily compete with traditional applications, the underlying network must be fast, meshing perfectly with the objective of DApp launchers. Among the competition, IOST — an enterprise-grade, decentralized and ultra-fast network oiled with a proof-of-believability consensus algorithm — is building a robust portfolio by offering developer-friendly features and environments.

The IOST platform emerged as a response to the scalability problem, aiming to tackle the issue once and for all. IOST implements an array of technologies, including a proof-of-believability algorithm and high-performance virtual machine technology, all of which are supposed to offer higher TPS rates of up to 8,000 transactions per second.

Since 2019, IOST has offered a holistic dapp ecosystem and continued to make inroads in the budding DeFi and NFT space with multiple strategic partnerships and emerging on-chain projects — such as stablecoins (HUSD, JPYA, USDA), NFT Marketplace (TOKENLINK, Revival, RIZIN FIGHTING COLLECTION) and the newest Yokozuna Finance.

Developer-friendly features that have no congestion and no high gas fees, as seen in the Ethereum and Javascript smart contract languages, are the reasons many developers choose to launch DeFi projects on IOST. A transaction fee at no cost also guarantees users the convenience and accessibility of using the applications on the IOST chain.

To learn more about IOST, visit its Twitter and Medium page.

Beyond DEX: The future of crypto trading on Solana is Secretum