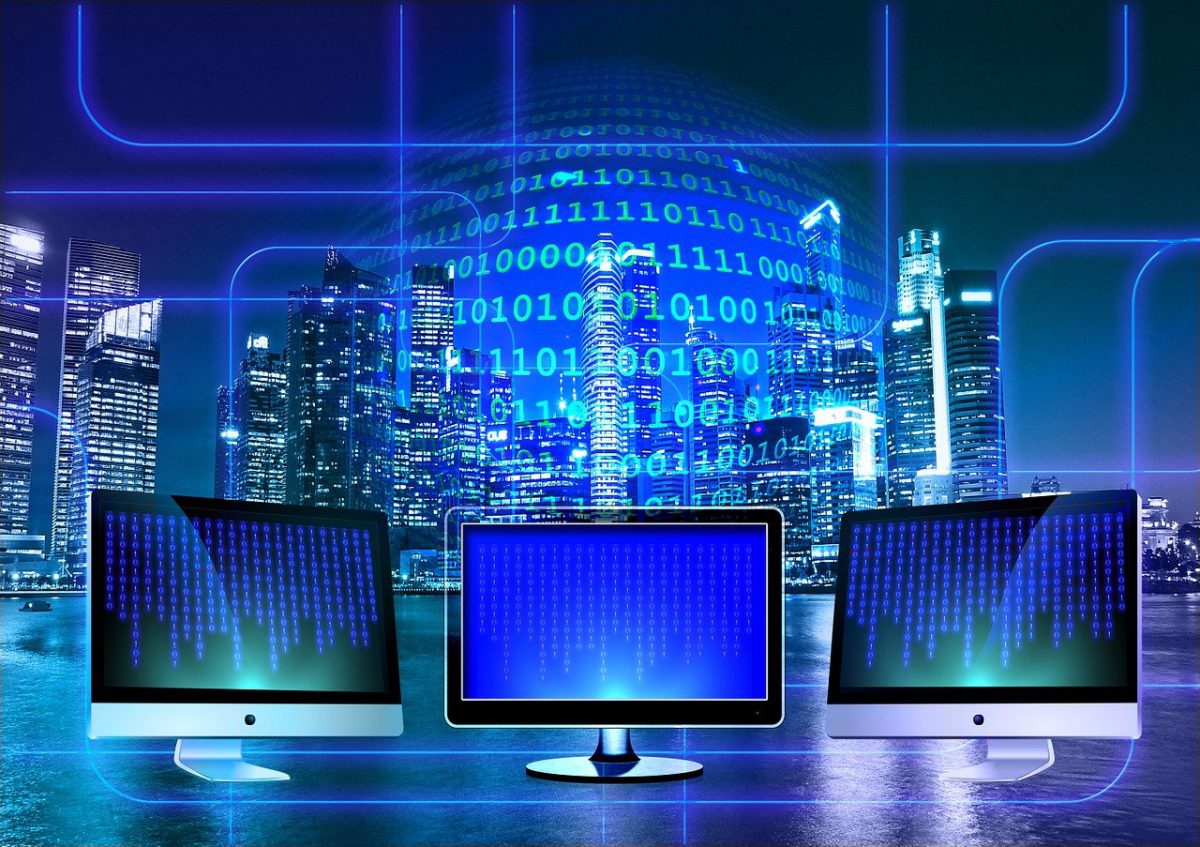 If you are a cryptocurrency and blockchain industry professional, the most commonly heard term would be computing power or hash rate, which is a quantitative measure of the computing speed of a mining machine. A new contender has entered the cryptocurrency mining scene – hash rate tokens.

What are they, and how do they impact the space as a whole? In this article, we explore what hash rate tokens are and compare them with other ways of mining, namely the use of cloud mining services, and running mining machines.

What exactly are hash rate tokens?

Tokens are generated on the chain, providing a limited range of computing power assets with more liquidity. Mining can be carried out by holding hash rate coins to obtain mining income and by supporting flexible transactions, pledges, and other transactions that are convenient.

There are currently two hash rate tokens on the market: Poolin Token (pBTC35A) and the Binance Hash coin, otherwise known as Bitcoin Standard Hash Rate Token, or BTCST. The hash rate token pBTC35A was launched by Poolin. On the other hand, BTCST was introduced by mining farms 360power and Ke Wo Ying Mining. The former has access to some mining services, while the latter is an over-the-counter transaction service provider for Binance Investments. At present, hash rate tokens are mostly Bitcoin-based, but support for other currencies – appear in the future.

Binance contributed greatly to the craze around hash rate tokens with BTCST. BTCST is a Bitcoin leveraged coin that is pegged to real-world computing power. While BTCST is currently a high-risk asset, the price of its currency has increased with the inclusion of its counterparts. Earlier, several media publications began to cover the leading players behind BTCST, namely Ke Wo Ying Mining and 360power, which were initially not major names in the industry. The frenzy is unlikely to end anytime soon. With the endorsement of Binance, hash rate tokens are poised to make a great impact.

Another value proposition of the hash rate token is the ease of its use. For example, in the case of BTCST, the way token holders can obtain rewards and become stakeholders in the project is easy to understand. The regular distribution of BTCST profits from staking is guaranteed when 60% of the total supply of BTCST has been staked. If less than 60% of the total supply of BTCST is staked in the dApp, the project team would still deposit 60% of net daily mining rewards to the dApp to be shared by the staking participants. These rewards are deposited to valid pledgers on a day-to-day basis.

The early bird gets the worm, and those who have discovered hash rate tokens early have so far achieved good returns. Since its debut on the Binance launch pool, more than US$300 million in returns has been farmed by staking BNB for BTCST. Other than that, miners that obtain and hold BTCST are incentivized to become market makers as well as support the project. This gives miners the opportunity to contribute more to the mining industry than ever before. The added flexibility is an attractive feature as well. For miners, hash rate tokens could be a new way to capture the profits derived from physical mining machines. Other than that, it provides a simple way to transfer hash rates to different mining farms. In terms of risk, hash rate tokens alleviate risks such as costs and downtime caused by force majeure factors such as mining machines being offline for whatever reason. Judging from these factors, there is a good argument for the case of hash rate tokens to be the best method of mining available.

Where do cloud mining platforms fit in this equation?

Cloud mining platforms and the use of mining machines directly compete with hash rate tokens. There is no question that with every emerging cryptocurrency model that arises, there are risks accompanied by the opportunities and potential they bring. Therefore, the possible dangers of hash rate tokens deserve attention.

Cloud mining platforms provide services based on real-time monitoring of computing power and scheduled compensation to users. While it may be a stretch to say that all cloud mining services on the market are reliable, the top-tier institutions generally make it a point to make transparency a priority and put the appropriate measures in place. For example, at Bitfufu, a cryptocurrency mining platform, users can track each computing power to the computing power plan that is run by the selected machine, and the platform can be traced back to the computing power package. Mining farms and individual mining machines have real computing power and send data, including mining pool computing power statistics, to the platform interface. In addition, every hash rate consumed in Bitfufu can be tracked and assessed. Mining revenues are calculated by the mining pool, which means that the earnings are derived directly from the pool to its customers. It is worth mentioning that, at present, only Bitfufu and Bitdeer have been able to divide computing power by hash rate (T).

Cloud mining service providers partner with mining pools and other mining institutions to ensure the stable supply and authenticity of computing power used. Other than this, cloud mining platforms have resources that allow for mining with lower energy consumption ratios, while maintaining higher gains for users. As a one-stop physical mining machine mining platform centered on self-operated mines, Bitfufu contains a range of computing powers from their machines, and these plans have been carefully selected and approved by the platform. Suppliers, therefore, are able to provide transparent, fair, and easy to understand real mining services to customers. The platform dramatically reduces mining costs through economies of scale. At the same time, it has access to high-quality manufacturers worldwide.

The fees required for using a cloud mining service is also not as expensive as it may seem. For instance, mining fees at Bitfufu relatively affordable on the market in terms of computing power cost per terabyte of mining machines and the electricity cost per kWh. In fact, the computing power cost per terabyte at Bitfufu is almost the lowest price available in the industry. Save for an electricity charge of RMB 0.38 per kilowatt-hour, the platform does not charge any additional charges. In this regard, the fees for cloud mining are a small price to pay for peace of mind.

In terms of risk resistance, cloud computing power much more resistant to risk. Hash rate tokens, as a centralized currency, would suffer a sharp decrease in the price of the token in the event that the token is inflationary. The current market environment for bulls may cover some of these risks, but if the price of bitcoin plummets and mining income falls, the price of hash rate tokens is likely to fall off a cliff.

In contrast, cloud mining platforms are better able to hedge against the risks since the profits can be influenced by other factors outside of the price of the cryptocurrency. Taking Bitfufu and their 30/40/50 series of computing power service plans as an example, the most of energy consumed does not exceed 60W/T and for the 30-series plans, energy consumption ratio can even be as low as 30W/T, which is equal to the that of the current S19Pro model mining machine. It allows for the price of the plans to remain low even when the currency price drops, to mitigate the possible loss in gains. In addition, the energy consumption ratio of the regular hash rate anchored to the BTCST is 60W/J, which is exceedingly high.  This means that in the case the price of the currency decreases, the mining revenue may not be sufficient to cover the cost of energy, and because of that, the potential risk is very high.

The hash rate token is indeed a breath of fresh air, but existing cloud mining service platforms are still able to offer novel solutions to the market. Bitfufu has pioneered the standardization of cryptocurrency hash rate. What that means is that multiple models of the same series under Bitfufu are intelligently operated as a unified system to deliver standard power consumption. This mining product is bound to become the industry’s most effective response when it comes to promoting its ongoing development, while at the same time providing more efficient transactions and liquidity.

Even when it comes to the ease of transfer as seen in hash rate tokens, cloud mining services have also begun to offer convenience to their users. For instance, Bitfufu will enable users to transfer their purchased services to other users in January 2021. If the users wish to terminate the service for themselves, it can easily be transferred to other users. In addition, Bitfufu is expected to launch a free transfer of computing power in February 2021 so that users can conveniently trade in computing power.

It is also worth considering, of course, whether other cloud computing power platforms would in the future launch hash rate tokens and compete with projects, all while claiming a higher degree of reliability and security, but this remains to be seen.

Indeed, the emergence of hash rate tokens has provided conventional mining machines and cloud computing platforms some competition. It should be noted that engaging in cryptocurrency mining requires a strong grasp of industry expertise, and it is important to consider the risks behind it. Relatively speaking, cloud computing platforms such as Bitfufu are still the best choice for current mining users after benchmarking other choices in terms of convenience, reliability, and risk tolerance.