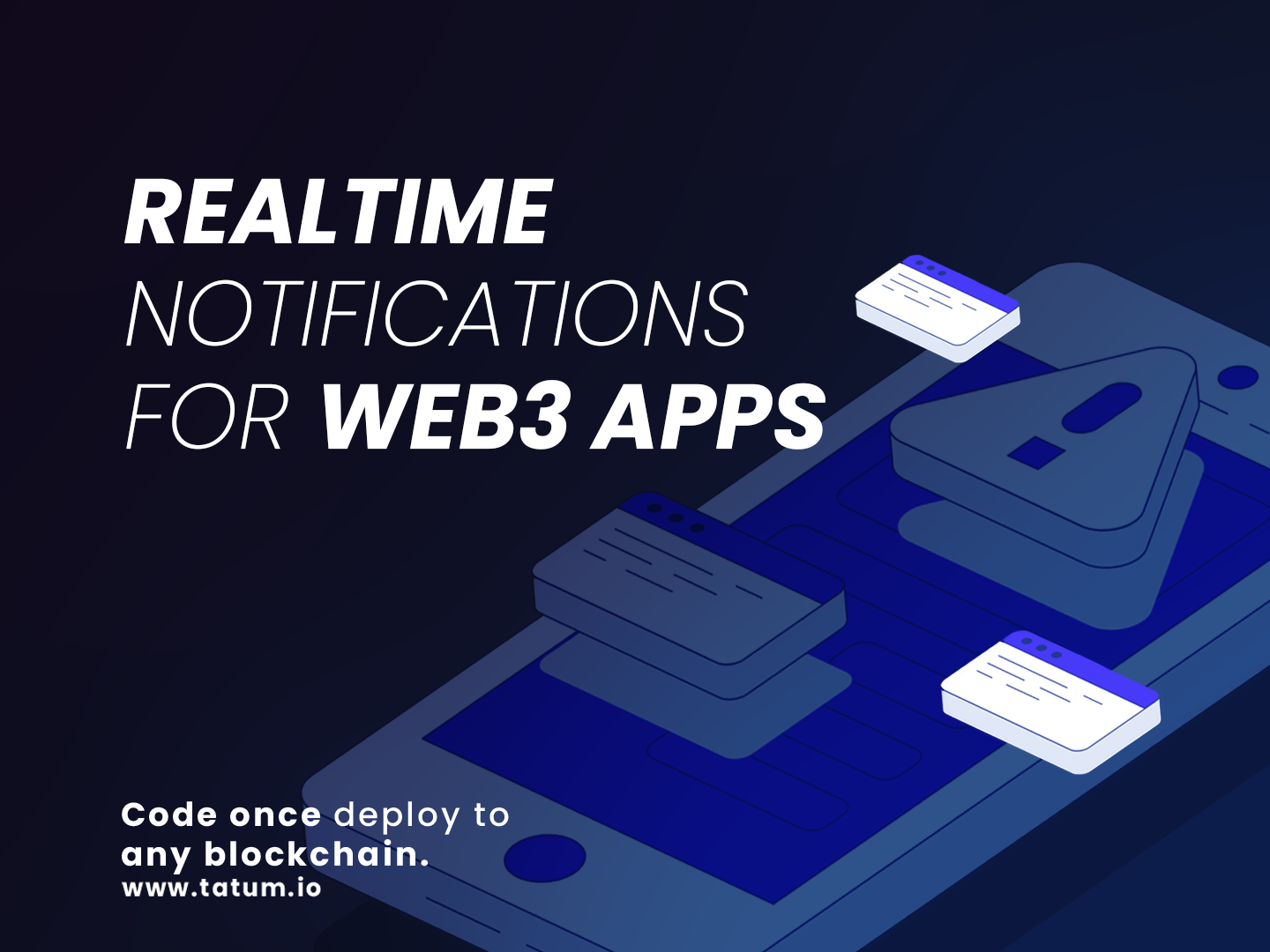 The blockchain development platform Tatum has released a new feature that enables developers to implement real-time notifications into web3 apps more easily than ever. Called Notification Station, the feature improves upon previous blockchain notification implementations by making alerts available on 10+ blockchains with 1 API call. This allows app developers to instantly notify their end-users of any incoming or outgoing transactions of any tokens (cryptocurrency, NFTs, or any other blockchain assets) to/from their wallets.

“In 2022, everyone is used to receiving real-time notifications. Nobody wants to constantly refresh an app to see if a transaction has arrived. But for many blockchains, implementing webhook notifications is extremely difficult for the vast majority of developers. We realized developers needed a simple and easy way to monitor any blockchain address and notify their app’s end-users. With Notification Station, any developer can set up real-time alerts for their app’s users with just a few lines of code on far more blockchains than was ever previously possible,” explains Samuel Sramko, CTO of Tatum.

Push notifications are so commonplace in almost every modern web2 app that most people take them as the norm. But the nature of decentralized blockchain networks makes it very difficult to implement real-time notifications for on-chain transactions. Until now, webhook notifications have largely only been available for the Ethereum blockchain, with no unified multi-chain notification solution available.

“Apps without notifications feel like a relic of the past, and web3 is supposed to be the technology of the future. Bringing web2 UX to web3 apps is absolutely essential to facilitate blockchain mass adoption. We’ve eliminated all of the common hurdles to implementing notifications into web3 apps so that developers can build cutting-edge apps with cutting-edge user experience,” continues Sramko.

Tatum is a blockchain development platform that provides infrastructure and a unified framework for over 40 blockchain protocols, allowing any developer to build apps with no previous blockchain experience. The platform eliminates common obstacles like running nodes and learning to code for individual blockchains and provides developers with a comprehensive suite of advanced features that significantly speed up development. Tatum is used by over 21,000 developers from around the world, and apps built on the platform are used by tens of millions of end-users, processing billions of dollars worth of transactions per month.

Report: With over $47 billion in ‘realized’ crypto gains, this nation leads the pack