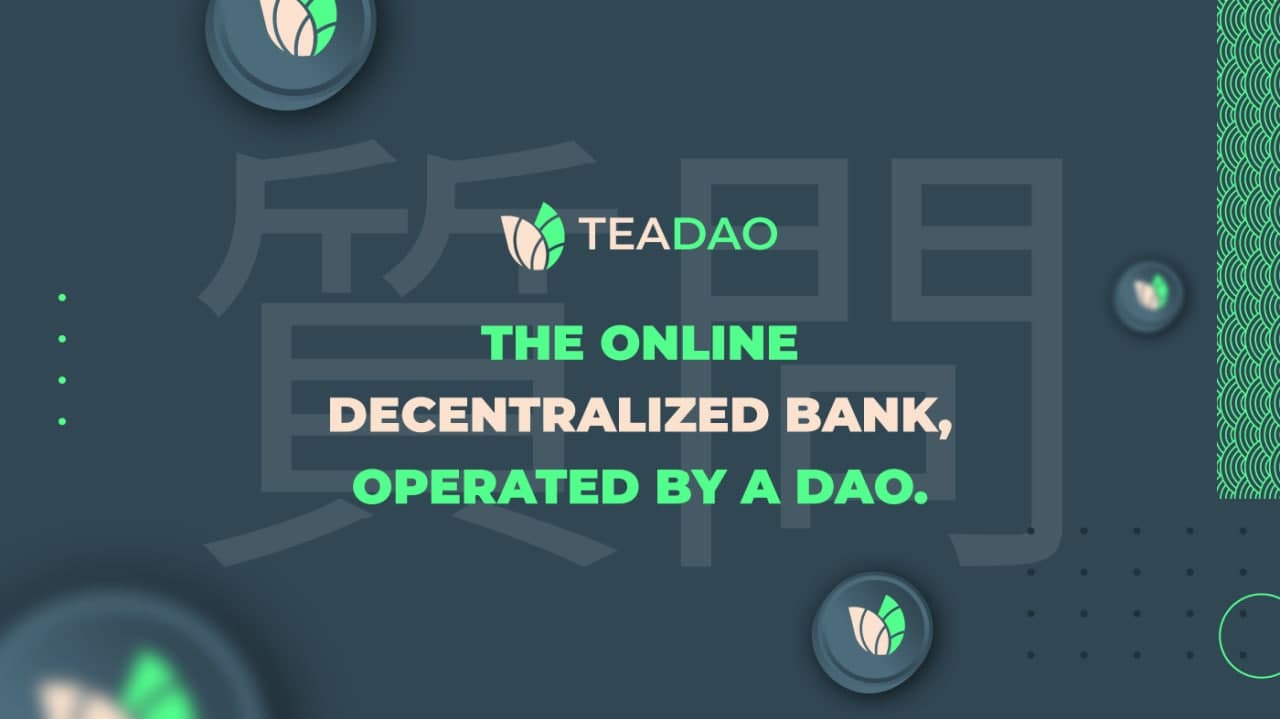 The world of decentralized finance has become more and more complex over the last year. Models that were quite simple a year ago now try to compete with the most complex traditional banking systems while providing advantages from decentralization.

“Either from centralized and decentralized finance, every investor has always had the two same goals: protect his capital and generate a benefit or positive cash flows.

This is how we thought, designed, and created TEADAO.”

TEADAO proposes a decentralized reserve currency through its bonding system with flexible vesting and staking, but has a very unique view aligned with the capital protection and benefits.

Thanks to their knowledge of Binance Smart Chain (being there from the beginning), where TEADAO will be launched in February, the TEADAO team will also provide the DAO allocations on carefully selected projects, invested directly from a part of the TEADAO treasury.

“We received very good feedback from the community and partners – the main challenge we face is to make the model easily understandable. Indeed, the model is complex and we have been working on it for a year, but using it feels very comfortable.”

On top of this “Venture capitalist DAO” being auto-financed by the bonding system and owned liquidity, will a new BANK feature be launched right from the start, allowing the DAO, which will be called “Assembly”, to vote for the additional rewards from the treasury put at work for the token holders. This will have the effect of doubling up the benefits of bonding and staking, in pure alignment with the gaming theory infused by the TeaDAO Ecosystem. 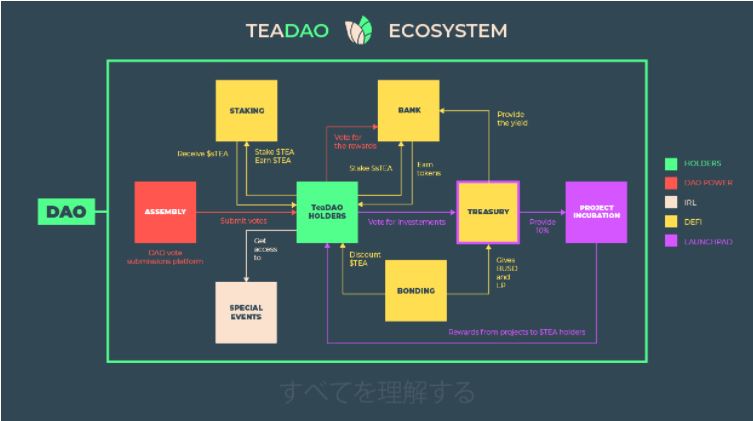 “The DAO is not a new crypto/DeFi hype. It’s actually a fast-adapted company model that, as Web3, gives back the power to users. It stays in the same spirit of decentralization and, while there is still room for improvements, this model showed the users interests have been put first. This combined with TEADAO different and unique features allows us to think we’re going in the right direction to be a fair and safe place for DeFi investors and users. Like a Tea Room”

The bonding system and evolution to what’s auto-called DeFi 2.0 and owned liquidity showed a recent uptrend and the rise of different forks on all blockchains. The complexity of the model and its economic success lies in the calculations and token supply management.

“When you work on that kind of model, you can’t rely on the development and smart contracts only. There is a whole economic model to be thought, designed, and created to be viable and reliable. We have studied the market for long and its recent evolutions to create not only a DeFi product but also an economic model that can be trusted and used by everyone.”

The uniqueness of TEADAO relies on this sophisticated mix between the bonding system, the BANK feature using the treasury yield, and the investment as a decentralized venture capitalist.

By using 10% of their treasury invested in (vested) early stages of selected projects, the DAO will multiply his streams of revenues and fairly impose, through the vote, its own decisions.

Last but not least: Through its early partnerships, TEADAO will also provide access for free (to the DAO) to the DeFi tools developed by partners, as the first one signed is 10H11 (French Data management company), and others in the pipeline.

Where are we now?

The team just passed what is known as “RugDoc KYC”, a security procedure led by RugDoc, before launching. The project is still in its presale phase, where you can still have a seat (See in their Discord channel).

Led by TEADAO, DeFI 2.0 aims to bring easy access to complex financial features to everyone.

With TRON trading under a crucial resistance, are new lows really on the way