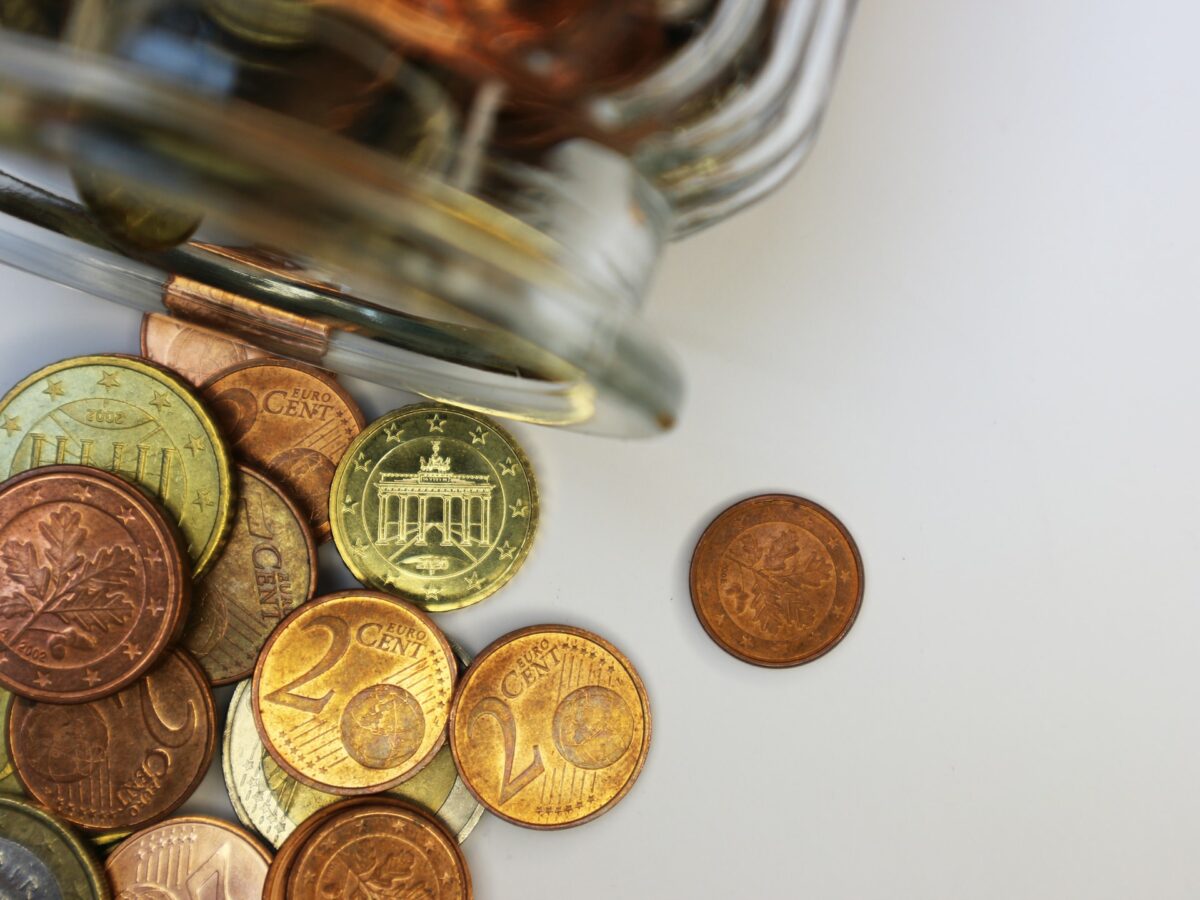 In 2008, during the height of one of the greatest financial crises in history, the enigmatic Satoshi Nakamoto, released a new sort of electronic transactional technology dubbed blockchain. The technology’s rise like a phoenix is one of the most widely discussed and intensively debated technologies in recent years. Many scholars have labeled it a disruptive technology that has already had an impact on a variety of societal areas.

As the scope of this technology widens, a number of blockchain platforms offering a wide range of services and products have emerged. However, only a handful of these platforms offer technologies that give users a unique experience, making them stand out from the pack.

Tectum is one such blockchain technology that uses a proprietary record change signature management algorithm. The platform’s technology exceeds 1 million transactions per second and provides instant event status delivery and ownership updates across the blockchain network along with distributed levels of access to functional system modules. 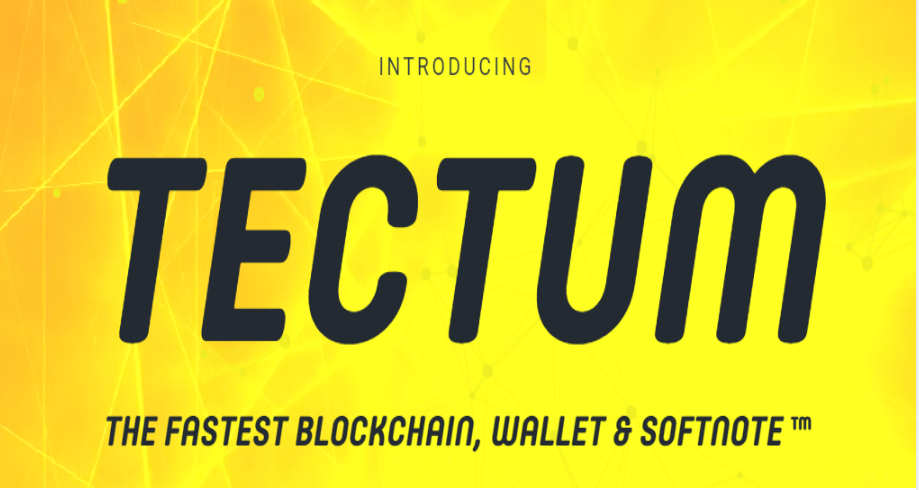 Tectum is a distributed ledger protocol platform that employs a high-speed record change signature management algorithm called a “HashDrive”.The HashDrive allows users to give near-instantaneous event updates throughout the whole blockchain without clogging up the nodes with large data chunks.

Tectum is perfect for lightweight, high-volume applications, especially for record-keeping so users could use the technology effectively to notarize and store municipal, legal, logistics, and billing records.

The transaction rates of other cryptocurrencies are minuscule compared to the 1 million transactions per second achieved by Tectum. 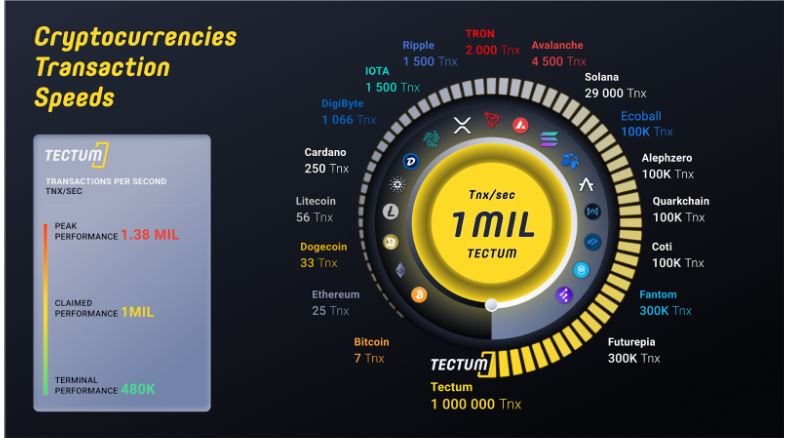 The general rule for blockchains is that the higher the security, the slower it is. In contrast, if users want a quick blockchain, they’ll have security concerns as everything comes at a cost.

Tectum aims to solve this as the platform has separated the levels of data into multiple tiers. The mechanism of isolating the system event formalization process from big data leads to the main-net’s unprecedented throughput capabilities.

The rapid speed of Tectum is what gives it an edge, and this is due to the blockchain’s three levels of nodes that include a master node that is meant to carry all of the heavy data, and an upper level that uses hashes to communicate.

Tectum hashes packets, blocks, and pretty much everything else, and retains it on the blockchain’s higher level which makes the platform remarkably quick. 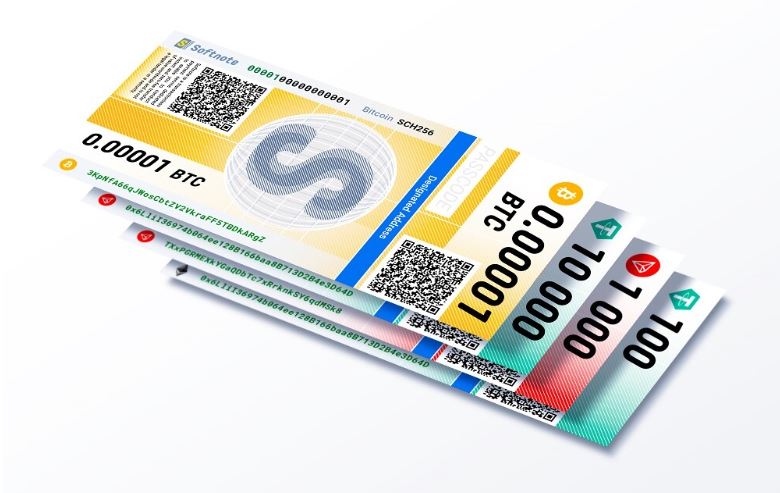 The Tectum technology combined many revolutionary ideas to provide the digital payments market with Softnote, the flagship product of the platform which is positioned as the first transactionless payment system with instant payment capabilities, a zero-fee policy, and assures complete anonymity of the users.

SoftNote is identified by a serial number, Store of Value, denomination, and user’s Unit of value equivalent.

On Tectum’s blockchain, the minting of Softnotes and the isolation of the collateral currency from native network circulation is recorded, resulting in the SoftNote Bill, a digital replica of actual money.

A Softnote bill can be printed on paper, does not require confirmation of the Bitcoin network, charges no fees, and has no geographical boundaries. It can be used as a person-to-person payment or sent over any Messenger as a picture file.

The SoftNote bill carries the value within itself, and the blockchain technology unlocks the freedom to conduct borderless remittances in true peer-to-peer mode. Because Softnote trades in digital values, keeping fees and transaction records becomes a technological rather than a logistical effort, which isn’t a problem because all of the participants are digital, with the Blockchain serving as a point of trust between the intermediaries.

Some of the highlighting features of SoftNote include: 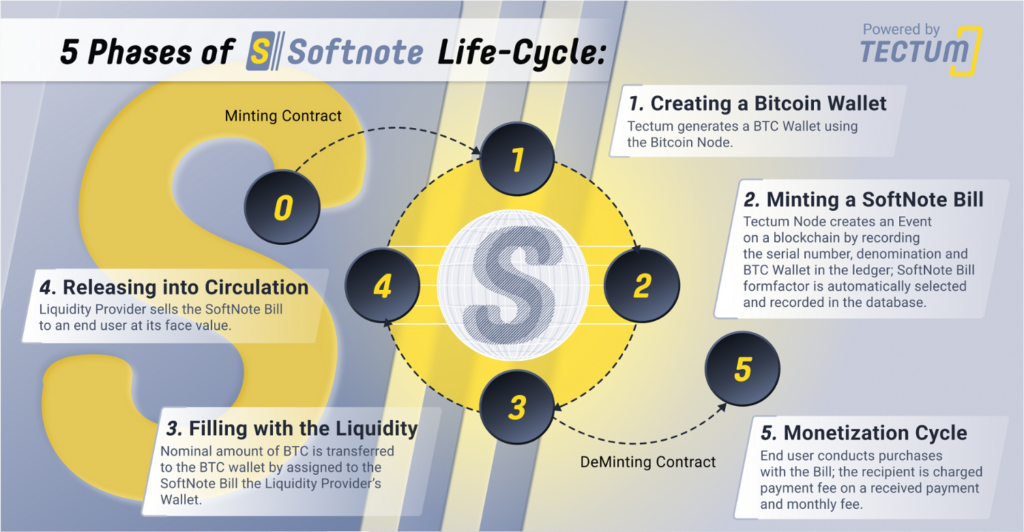 The implementation process will commence with issuing a number of Softnote Bills with serial numbers, denominations, and security features utilizing Bitcoin and USDT as a Store of Value, with the emission going into circulation in chosen regions. Tectum’s online wallet and mobile app can be used to purchase Softnotes.

Built on the rock-solid foundation of the Tectum blockchain, the Tectum Wallet provides a rapid, low-cost, and highly secure payment service while eliminating the usage of needless derivative settlement stores of value and additional liquidity contracts.

The key features of the Tectum Wallet are:

Tectum offers a number of Internet of Things applications, such as recording the geo-position of a drone or systems status of a vehicle several times a second.

Thus the platform is edging closer to becoming the lightning-fast distributed ledger powering the superconductive digital financial environment of the future.