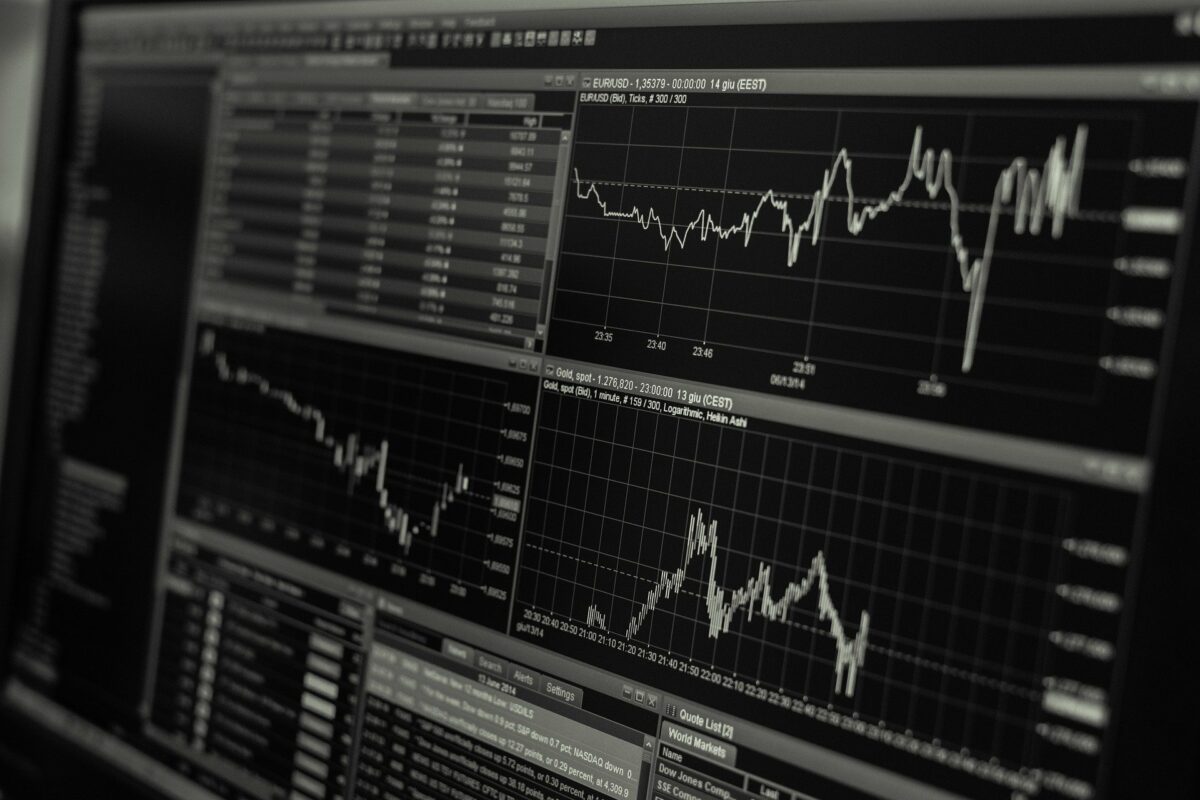 Sentiments have been weak all across the board. Tezos, Aave and Dogecoin – all of these altcoins were facing the brunt of selling pressure across the cryptocurrency market. However, coins such as Tezos still had hopes and a small recovery could trigger a further rally in prices.

While in case of Dogecoin, prices were trading below most sustainable support levels, and a rally back to its recent highs looked tough. 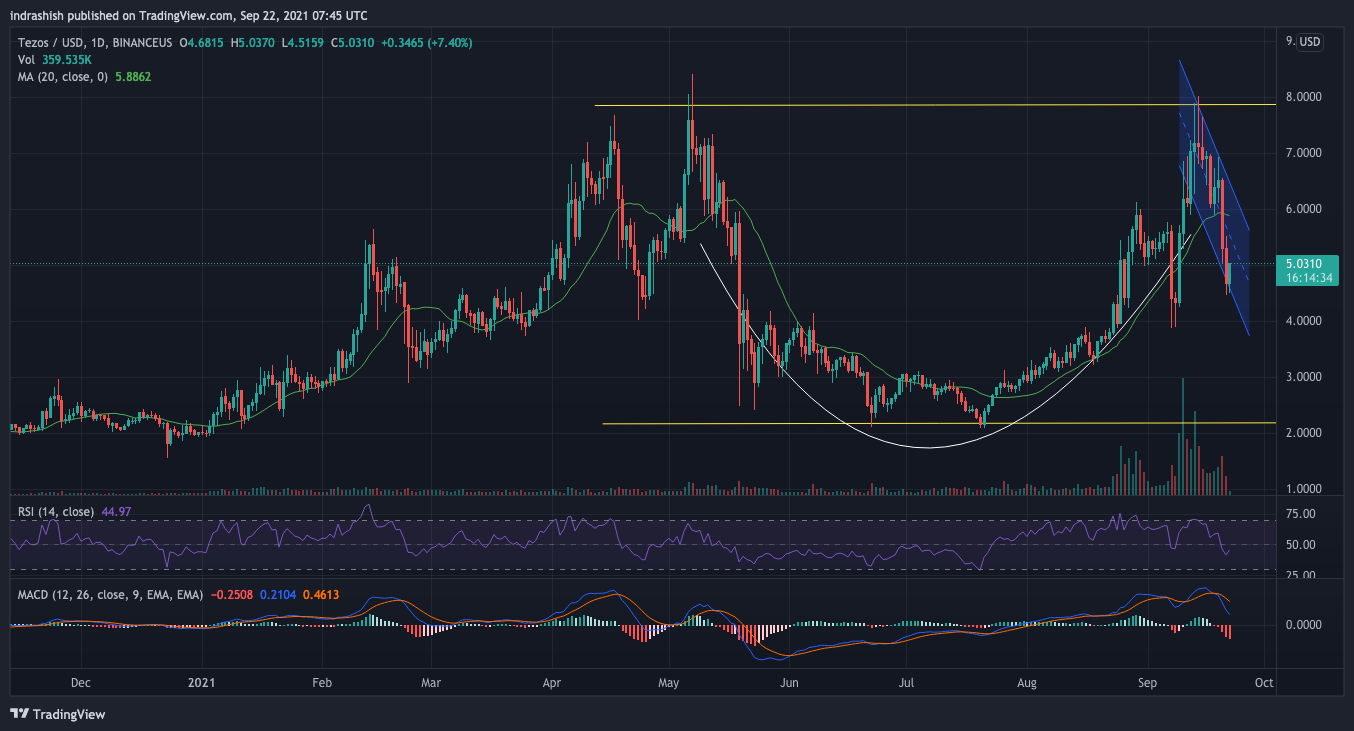 The currency pair XTZ/USD rallied for a month and a half before briefly correcting, down at $5 levels. However, a cup and handle pattern, indicated by the white line, was forming on the charts. A small recovery above $7-$8 regions could result in another rally.

$8 would serve as a region of stiff resistance for Tezos and if that is successfully breached, then the coin could go much further. The support level was around $2.

Overall, indicators suggested weakness in the charts, standing at support levels. The Relative Strength Index at the time of writing was at the 42 mark, and hadn’t reached the oversold territory but did not signify bullishness either.  MACD too suffered a bearish crossover but was still in the positive territory, above the zero line.

Prices also broke down below the 20-day Moving Average (green). So overall, indications seem bearish but any small recovery could trigger a short covering and result in a good upward move in prices. 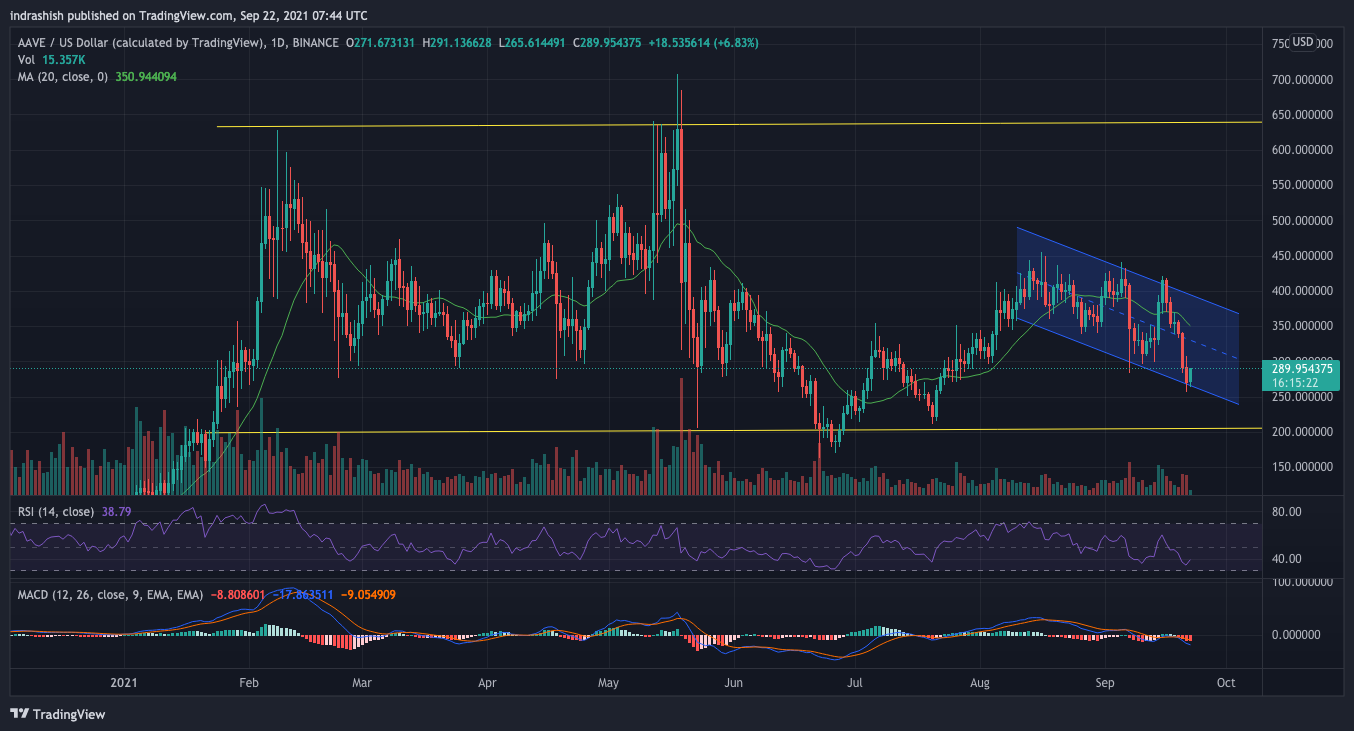 The AAVE/USD currency pair, was facing the heat of extreme selling pressure, forming lower tops and a lower bottom pattern, as indicated by the blue channel on the charts. This is a very bearish pattern and unless the prices break over $400 level, and sustain above it, any further rally could be a distant dream.

It must be noted that this coin was currently trading near the lower end of the channel, and any breakdown below this level, would bring forth further selling pressure in the market. The next immediate level of support would be $200 as indicated by the yellow line.

The indicators for AAVE also turned quite bearish. The Relative Strength Index touched 36 mark on the daily time frame. MACD indicator too breached down below the zero line after suffering a bearish crossover. The AAVE/USD currency pair was also trading below the 20-day Moving Average (green) which further confirmed the bearish trend. 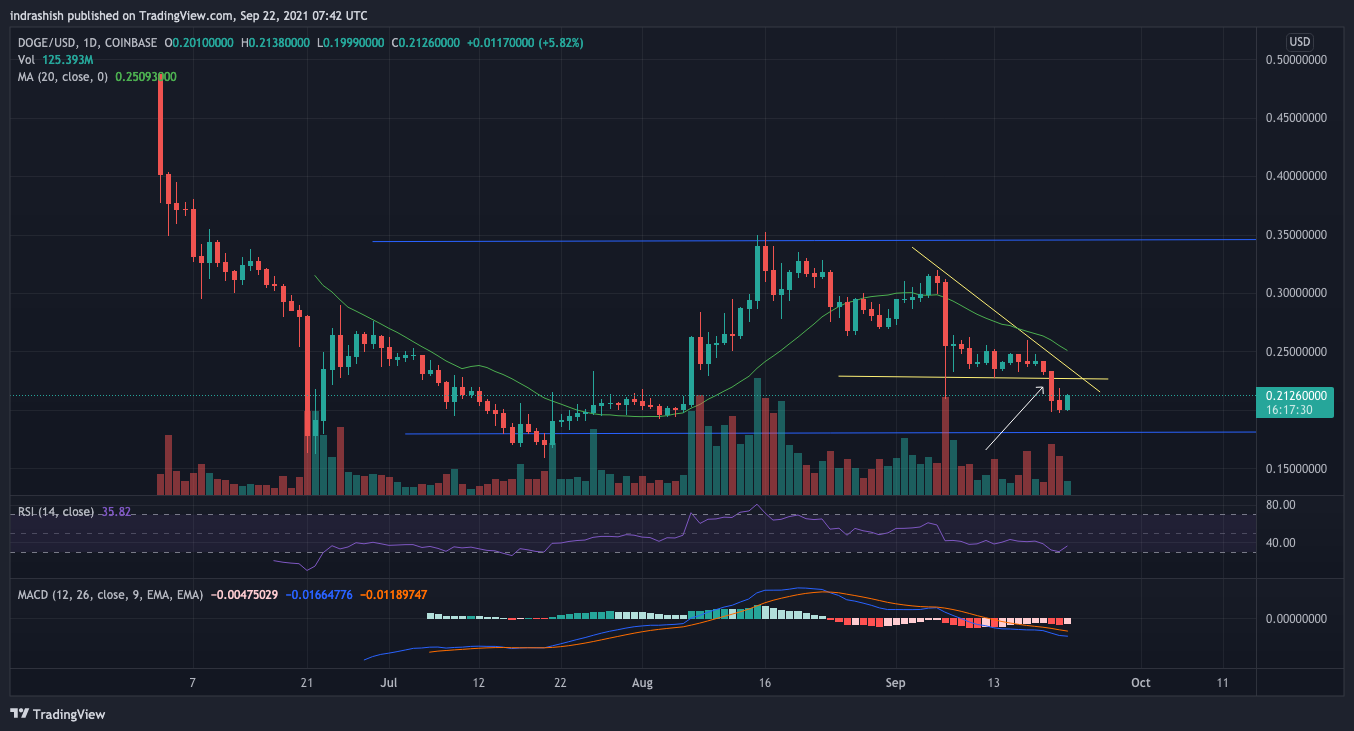 Dogecoin, one of the most hyped cryptocurrencies in the market was under severe selling pressure as well. While Musk adopted a new pet, Floki, it sent Shiba Inu skyrocketing, and leaving Dogecoin behind, in the dust. It had rallied till the middle of August, but since then, it did not show any strength whatsoever.

DOGE broke down below the support level of the descending triangle pattern (yellow lines), and this suggested extreme bearishness for the immediate short term. So the short term trend for this altcoin seemed quite bleak with the closest support below current levels around $0.18.

The Relative Strength Index was at 33, almost in the oversold territory and this suggested heavy weakness in the coin for the foreseeable short term. The MACD indicator turned convincingly bearish over the past 8-9 days consecutively.

DOGE/USD prices were also trading below the 20-day Moving Average (green) and it would take a major positive development, to push this currency pair past its recent high and regain any of its past bullishness.

Related Topics:AAVEDOGEdogecoinTezos (XTZ)
Up Next