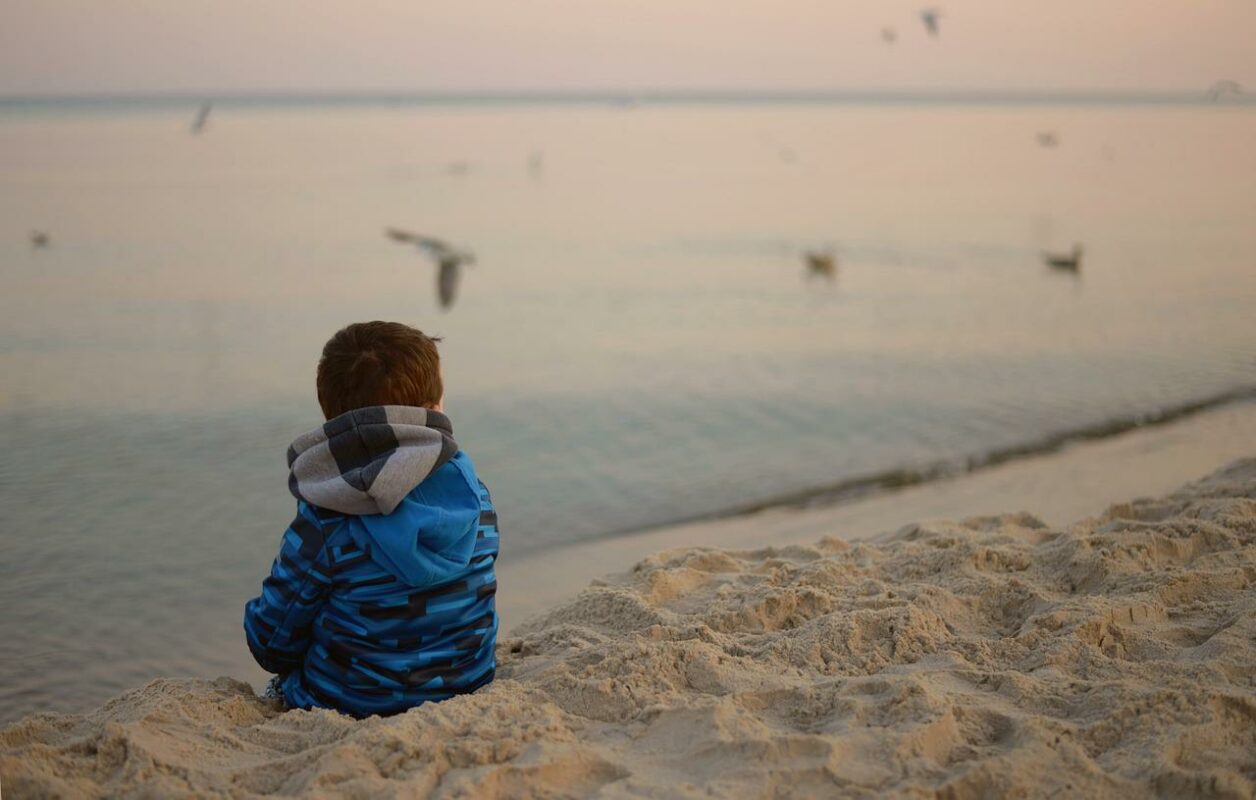 Tezos has been bearish on higher timeframes, and the crypto asset has lost 60% of its value on the charts since the turn of the year. Further losses can not yet be ruled out. In the past few days, Bitcoin has been forced to drop from the $32k highs but at press time it continued to hold on to the $29.6k mark.

Bitcoin could have a say in the direction of Tezos on the price charts in the next few days, but as things stand, the technical outlook was bearish for XTZ. 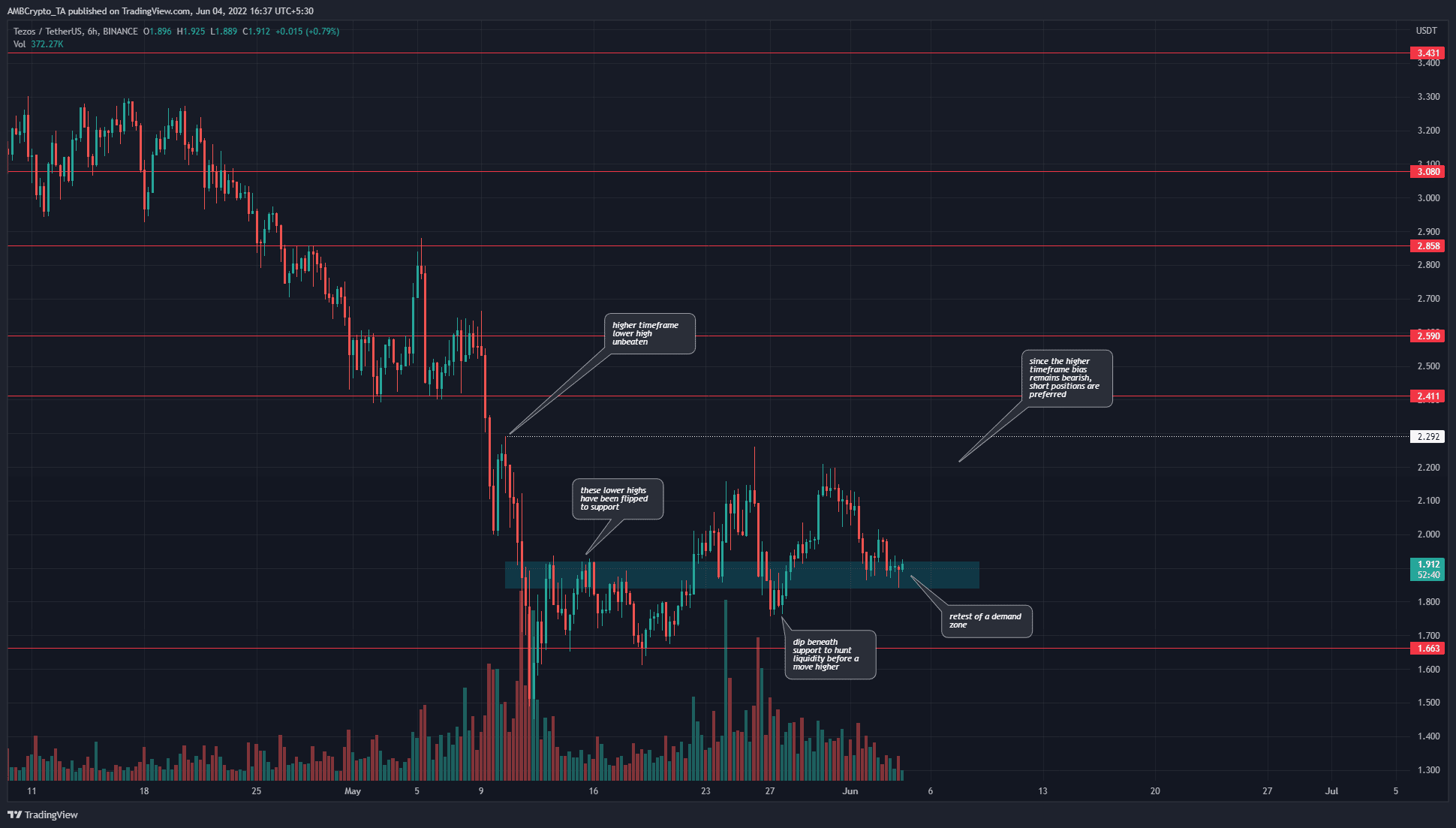 On the H6 chart, it can be seen that XTZ has formed a series of lower highs since April. In May, the price appeared to find some support at the $2.41 support level but was quickly pushed underneath as the selling pressure mounted.

At the time of writing, the lower high at $2.29 was the level to beat for the market structure to be flipped to bearish. As things stand, there were some complications as the price has broken past the $1.92 mark, but was also unable to climb past the $2.29 level. 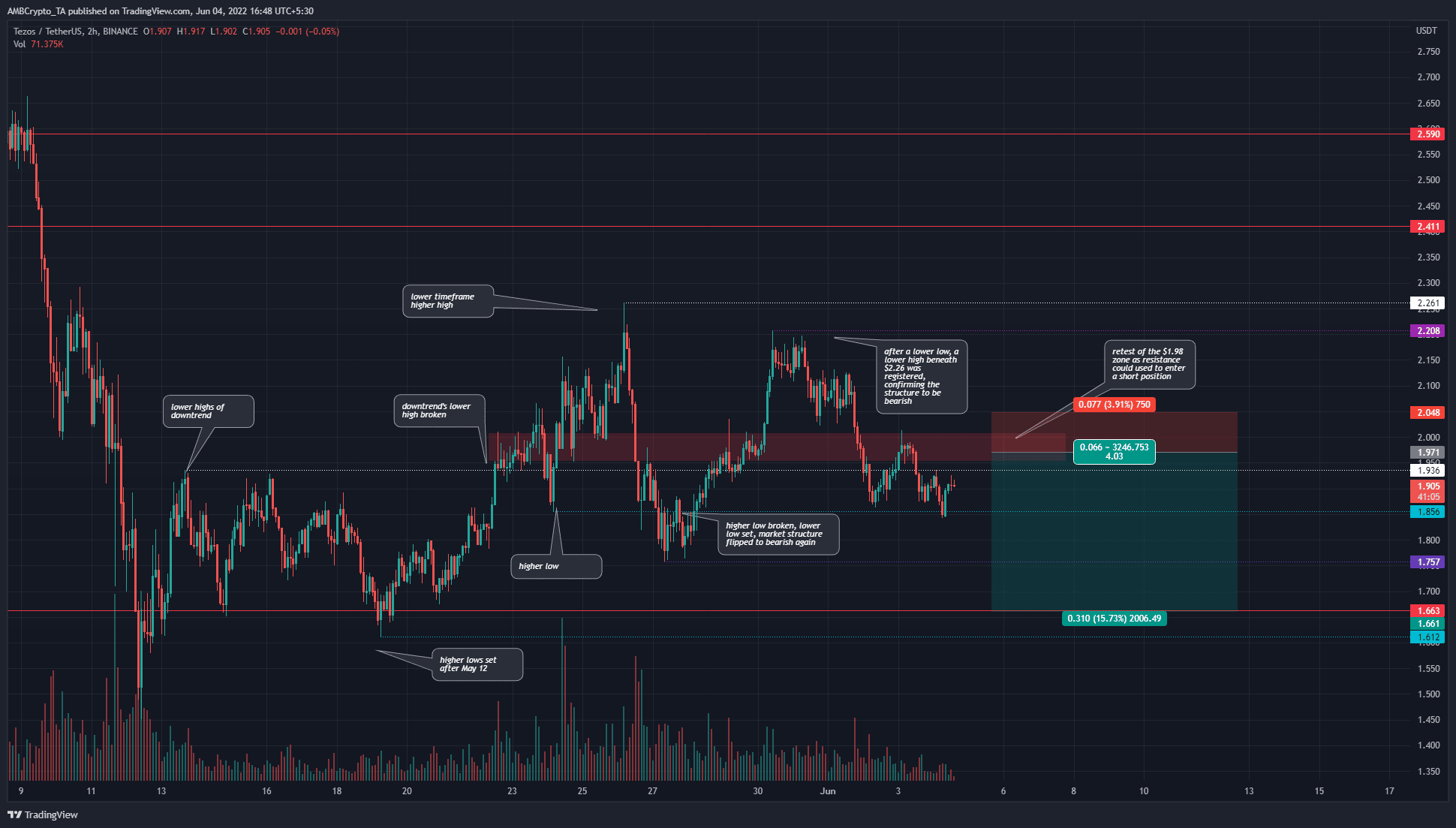 The H2 chart shows the complicated nature of the structure. In mid-May, the $1.93 level (dotted white) was established as the lower high of the downtrend of April and May, but XTZ was able to bounce from the $1.66 support level and climb past the $1.93 mark. In doing so, it set a higher low at $1.85 (dotted cyan) and a higher high ($2.26) and indicated a bullish structure in the shorter timeframe.

However, the bearish pressure in the last week of May forced XTZ beneath the $1.85 higher low and also forced the price to register a lower high (dotted purple) at $2.2. The break of the former higher low at $1.85 flipped the lower timeframe structure back to bearish. A lower low at $1.75 was also registered, and this development was the reason for a bearish outlook on the lower timeframes as well.

Therefore, at the time of writing, the bias of both the higher and lower timeframes aligns to be bearish. Moreover, the $2 area is both a psychological as well a technical zone of resistance. A retest of this area can provide shorting opportunities. 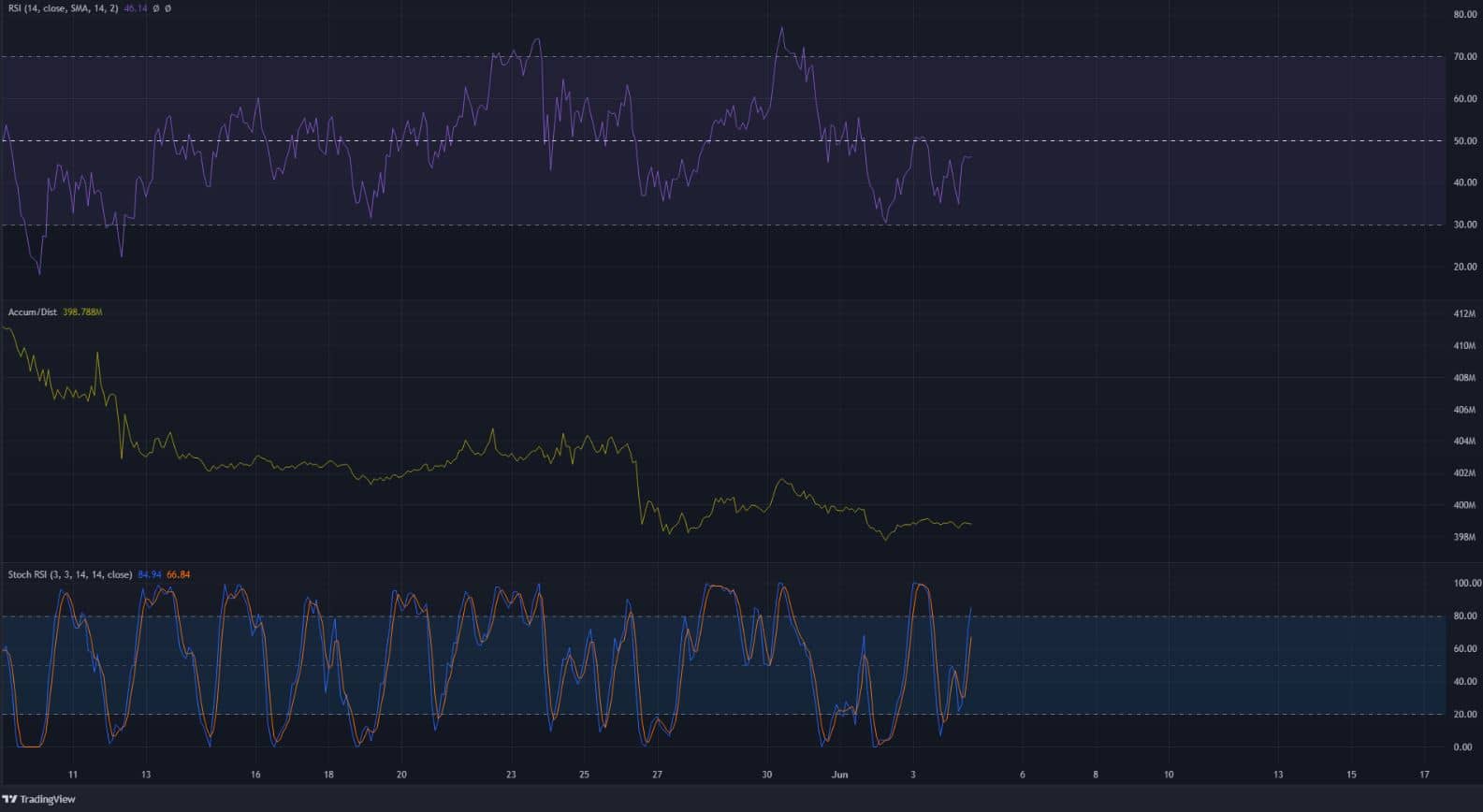 The H2 RSI was beneath neutral 50 but stood at 46 to show that the momentum was only weakly bearish. The A/D indicator has been in a steady downtrend in recent weeks, which suggested that the selling pressure has been steady and significant.

The Stochastic RSI was also climbing toward the overbought territory.

If a retest of the $2 area arrives within the next couple of days, alongside a Stochastic RSI bearish crossover and a considerable trading volume, a short position can be considered. Trading volume has been reduced in recent hours, which could also be a result of the lighter trading volume on a weekend.

Related Topics:tezosxtz price prediction
Up Next

WAVES: 100% spike in seven days but should you really go long

Bitcoin [BTC] holders should know this before exiting their position