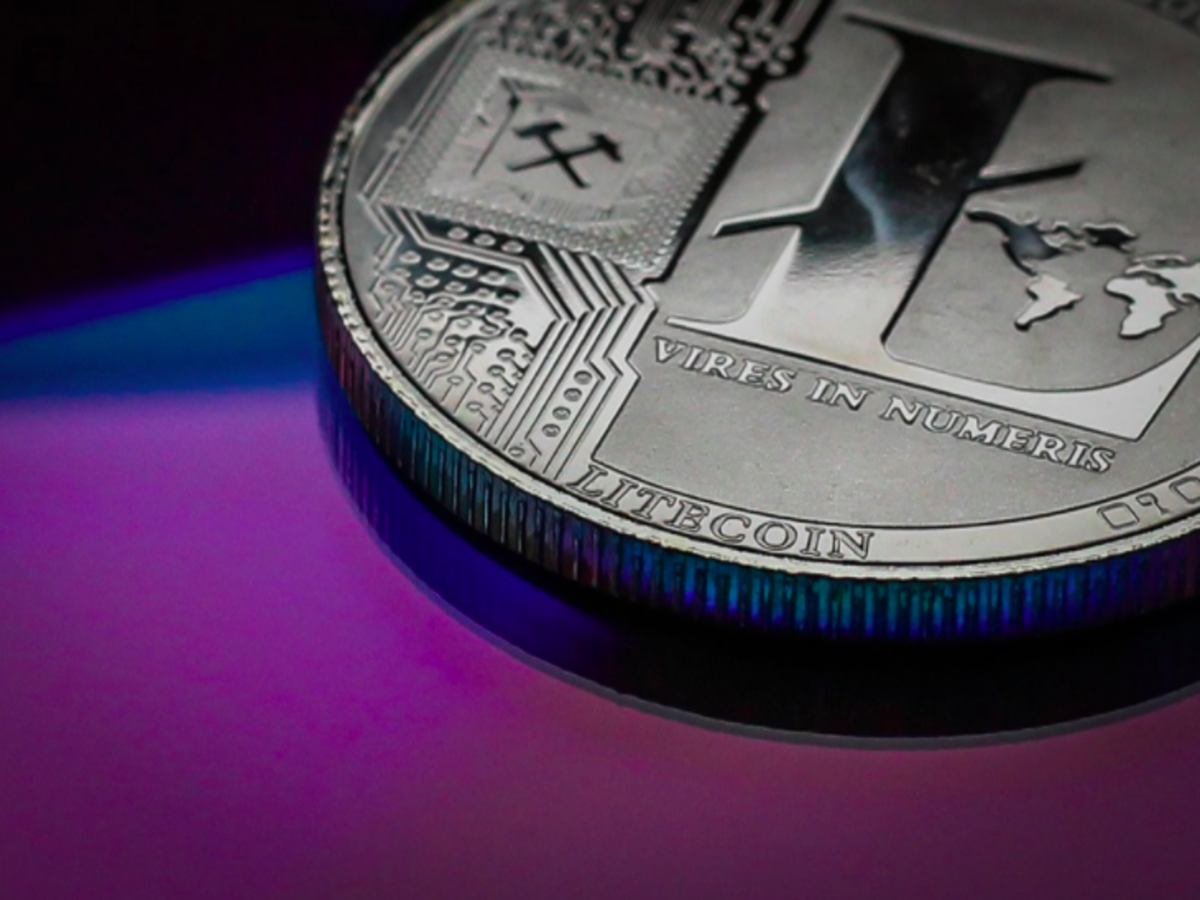 Litecoin, one of the market’s oldest cryptos, has seen its own share of ups and downs over the years. More often than not, this altcoin has unhesitantly followed Bitcoin’s pre-carved footsteps.

The last couple of days have been quite deterring for Bitcoin and most other large-cap coins. Litecoin wasn’t spared from the wider melancholy either.

Towards the end of November, LTC’s price typically revolved around $220. Post that, however, it embarked on a southbound journey. At the time of this analysis, the altcoin was exchanging hands around $158.

Well, apart from Bitcoin’s downtrend playing spoilsport, a host of other intertwined factors have collectively put Litecoin in a fix.

To begin with, take the case of Grayscale’s Litecoin Trust itself. LTCN’s share price has massively shrunk of late. It has been trading at a level nowhere close to LTC’s spot market price on crypto-exchanges.

As per data from Grayscale, the Litecoin Classic Trust closed at an underwhelming $15 on Friday.

Goes without saying then that share prices are controlled by the basic laws of demand and supply. So, looking at the current malnourished numbers, it wouldn’t be wrong to claim that market participants’ interest with respect to Litecoin is eroding at quite a quick pace.

LTC and LTCN share a high correlation with each other. Their prices have been mirroring each other’s movements for quite some time now. So, if LTCN’s demand shoots up, its share value would inevitably increase. In effect, LTC’s price would end up treading the same path.

Nonetheless, given the current deficient demand, the odds of the aforementioned scenario materializing seem to be far from reality.

Furthermore, CoinShares’ latest weekly report highlighted that the cumulative institutional flows with respect to this coin were under a million [$0.9 million, to be precise] last week. This, again, clearly underlines the shrinking appetite of institutional investors.

Now, most large-cap coins have benefitted massively whenever institutions have shown interest in them. Bitcoin, Ethereum, Cardano, and Solana are all examples. So, for LTC’s price to change course, it is very crucial for institutional interest to re-enter the market.

The collective investor sentiment too seemed to be quite ill-favored, at the time of writing. The coin’s Liveliness, or the ratio between the CDD and CDC, brought to light a clear-cut trend.

As can be seen from the chart attached below, this metric has been on the rise of late. Whenever this metric is high, it outrightly means that long-term HODLers have been selling their HODLings.

Given the dwindling price of the asset, this comes as no surprise. 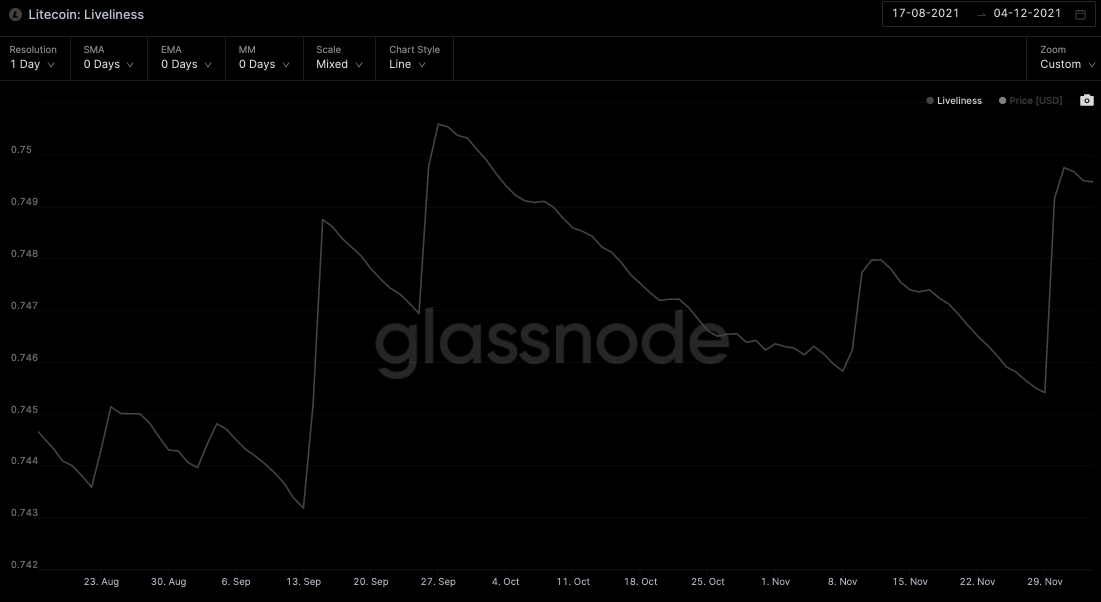 The coin’s SOPR too has remained below 1 since mid-November. While this ratio highlights the degree of realized profits/losses, its press time value of 0.98 suggested that a majority of sellers who exited the market have sold their LTC at a loss.

So, until and unless the selling pressure doesn’t evaporate, it wouldn’t make sense to expect LTC to fare well. 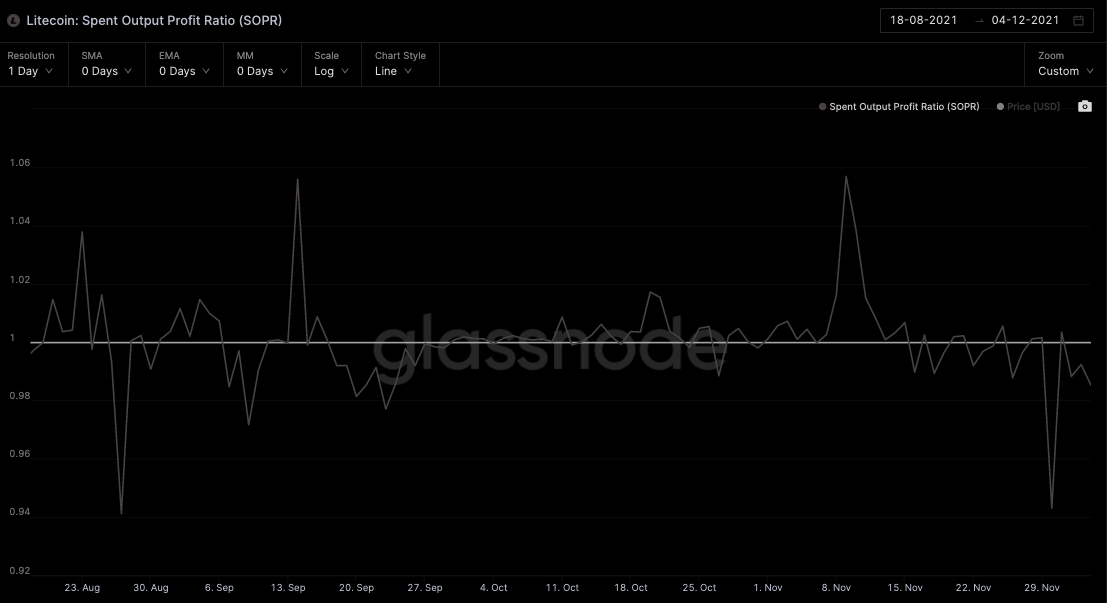 Apart from Bitcoin’s helping hand, Litecoin clearly requires institutions to do some heavy lifting and buying momentum to re-enter the market.

Only when these boxes are checked, LTC would effortlessly be able to navigate up north on its price chart.

Floki Inu-Chainlink integration is good news, but what does the alt really lack

Despite regulatory woes, Binance aims to become registered crypto firm in the U.K